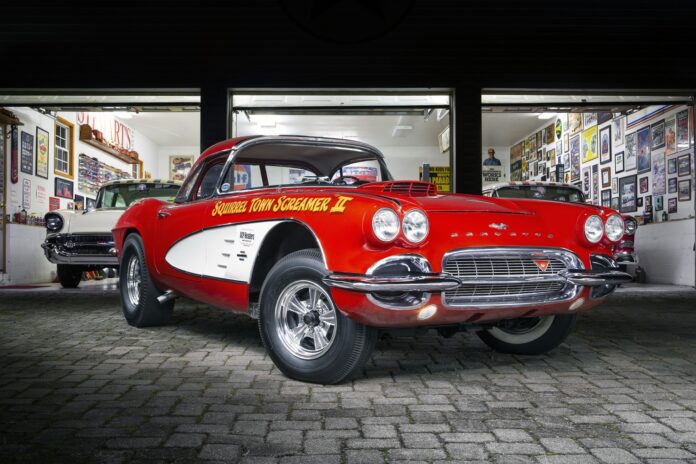 Let’s pretend you’re watching The Twilight Zone and Rod Serling says, “Imagine, if you will, in 1972, at the age of 17 you could buy a 1963 fuelie Corvette for $1,200 as your first car.” If you think that sounds like science fiction, Butch Szollosy will tell you that was science fact. Back then, C2 Corvettes could be snapped up on the cheap. While that C2 was his first ride, it was only in his possession for a short eight months—it “nickel and dimed” him to death with blown engines. As a result, it was sent to a new home and a 1969 Nova with a warmed-over 302 small-block took its place. That managed to stay with him for about two years until the urge for a Corvette returned, enticing him was a silver 1961 for sale at a local used car lot. Butch recalls, “We had an Army base in our town and the recruiter there was getting transferred so he sold the Corvette to this little used car lot. I ended up paying $1,200 for it.” 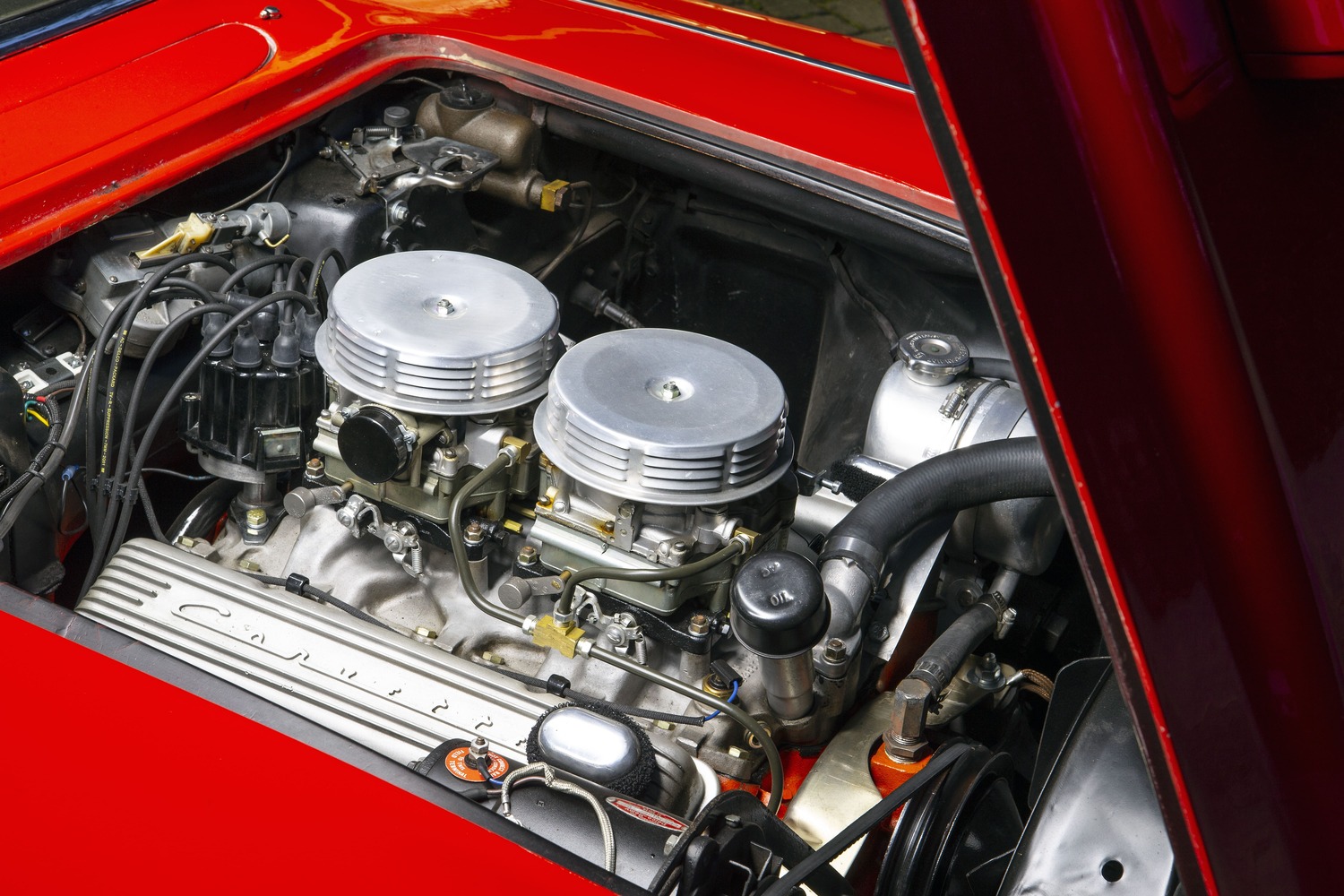 Once he started digging into it, one thing was clear—it didn’t roll out of the St. Louis plant in the trim it was in. It was originally powered by a 283 small-block with a four-speed. Underneath the silver paint he found the remnants of Honduras Maroon and as far as he could tell, the black interior was original to the car, however the 283 was a distant memory. In its place was an L79 327/350-horse from a 1967 Corvette. It was fitted with a hotter cam, hi-rise aluminum intake and a Holley carb, headers, and a set of 4.56:1 gears. That parts recipe put a smile on his face. The plan was to spice it up even more with the addition of a solid lifter cam, a set of fenderwell headers, and a repaint. “At the time I started buying new exterior trim pieces at the dealer,” he recalls. “I was going to replace some of them and paint the car black.” He managed to get as far as buying parts but the 1961 was sent to a new home and the cash used to buy a 1963 split-window Corvette. As Butch notes, “Even back then the split window was the high watermark in the Corvette world.”

When the C1 was sold in 1974, it ended up a few towns over. In the beginning Butch stayed in contact with the new owner. “The guy didn’t know much about Corvettes so he would call me and ask me questions,” he notes. “He enjoyed the fact that I was so honest when I sold the car to him.” As time passed, he lost contact with the guy and it just became another car in a long list of cars that he owned over the years. 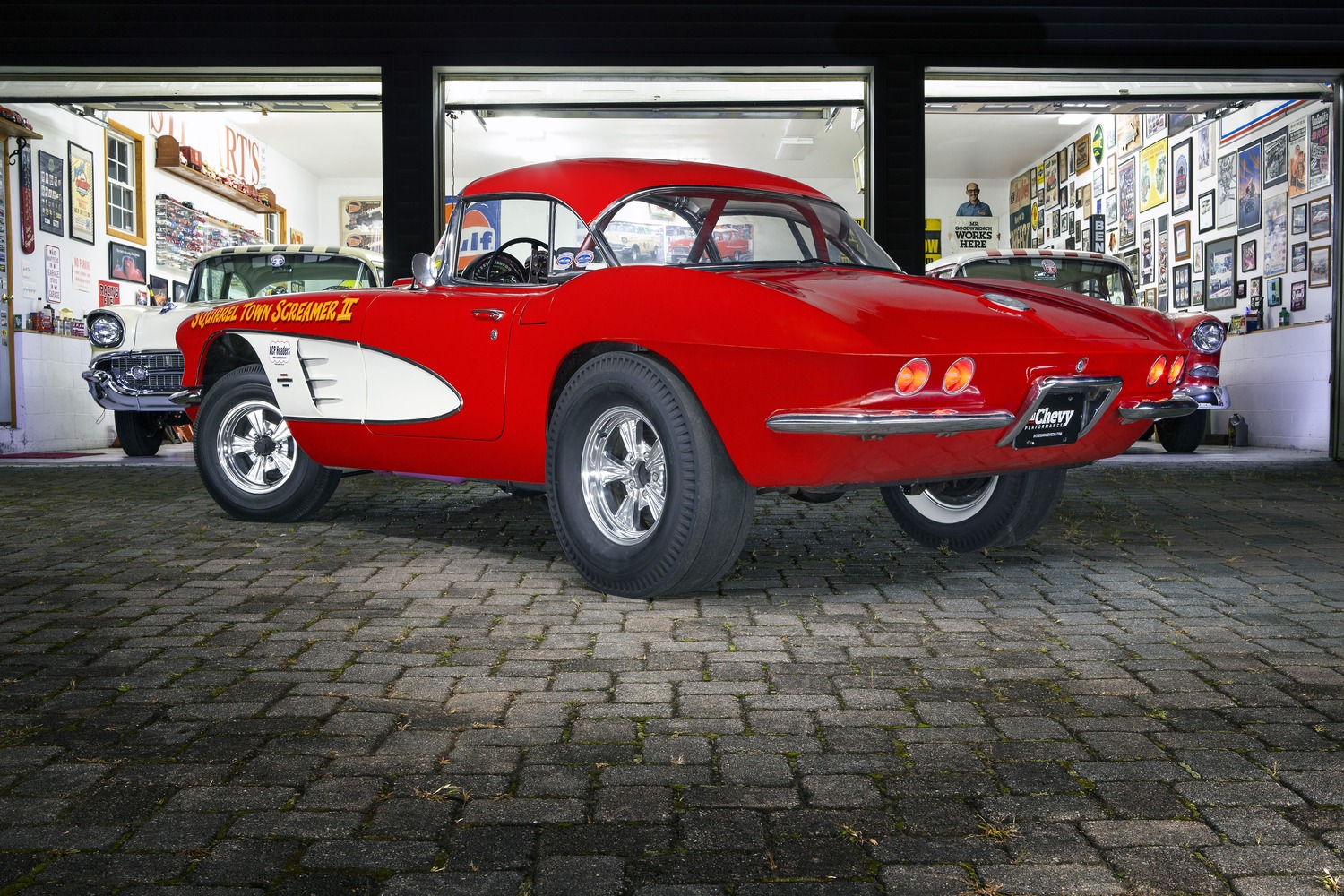 Things for him and the 1961 came full circle in 2012 when he drove by the owner’s house and spotted the Corvette parked in the garage buried under a pile of boxes. That stop led to the reacquisition of the car, however, it wasn’t quite the same as when it left back in 1974. Early on, the owner had castrated its performance for the sake of driveability by removing the headers, hi-rise intake and carb, generator, and 4.56:1 gears. In their place were stock manifolds, a stock intake and Quadrajet, HEI ignition, an alternator, and 3.55:1 gears, plus a new red interior and red lacquer paintjob. There is some irony in all of this. Butch claims the guy told him that he only drove it three times in 38 years and that “it drove like a buckboard” and he couldn’t understand why he even bought it back in the first place.” 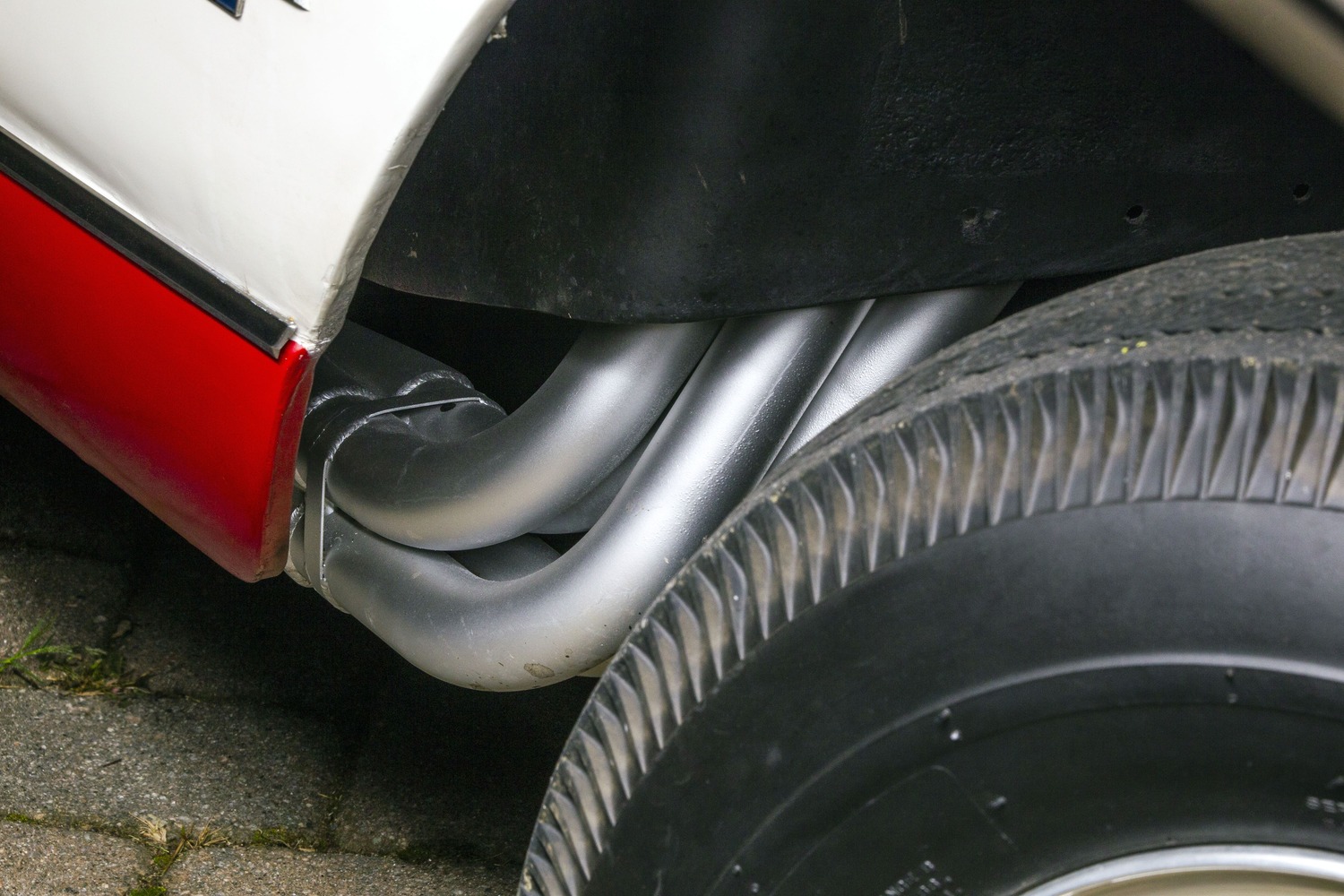 His plans were to eventually take the Corvette back to how it would have been modified in the mid ’60s. That was the plan, but before that could take place, he had to sort out the red lacquer paint—it had been applied but was never buffed. Butch invested about a year getting the car back on the road and ended up spending the next six years enjoying it. As 2018 rolled in, he decided that it was time for its transformation—one that had been in the making since 1974. He was fond of gassers so that was the flavor he was after. It started with the removal of the 327 for a mild refresh and makeover. Part of that involved the installation of a factory aluminum 283 manifold that was capped off with a pair of period-correct Carter WCFB carbs, a distributor conversion to a PerTronix unit, an alternator swap to an old-school generator, a set of ACP fenderwell headers, and a Duntov solid lifter cam. A new McLeod 11-inch clutch was installed behind the M21 four-speed, and at the rear 4.11:1 gears swapped in. Being period correct and looking the part go hand in hand and that meant the stance and wheels had to be spot-on. The front end lift was accomplished with the addition of 3-inch spacers between the solid axle and the frame, while Radir Tri-Ribb III wheels at all four corners do their part. The fronts measure 14×6 and are wrapped in 610×14 Universal tires with the rear set at 15×6 dressed with 820×15 Radir Piecrust Cheater slicks. The previous owner had refreshed most of the interior, so Butch just added a set of red door panels from Al Knoch Interiors and a vintage Lakewood three-point rollbar. 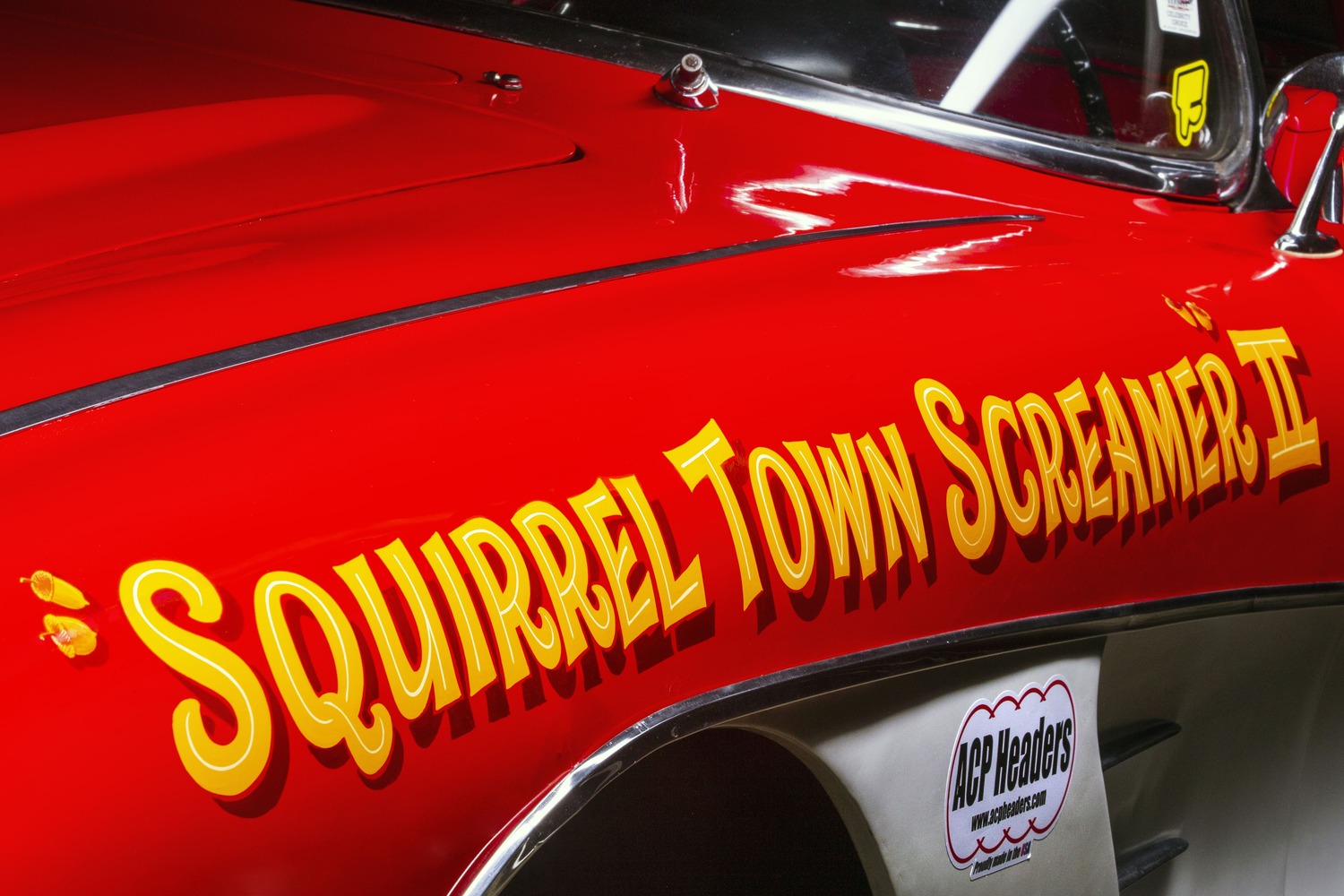 On the exterior he installed an old hot rod favorite: a hood scoop from a Pontiac Super Duty, which leaves the hanging question of the “Squirrel Town Screamer II” on the front fenders. Butch explains. “My wife, Linda, had mentioned to me that race cars need a name, so that is when I came up with that.” Yes, there is a “Squirrel Town Screamer I” parked in his garage, and, NO, it has nothing to do with harming little furry animals—it’s actually the nickname of the section of town where he lives. 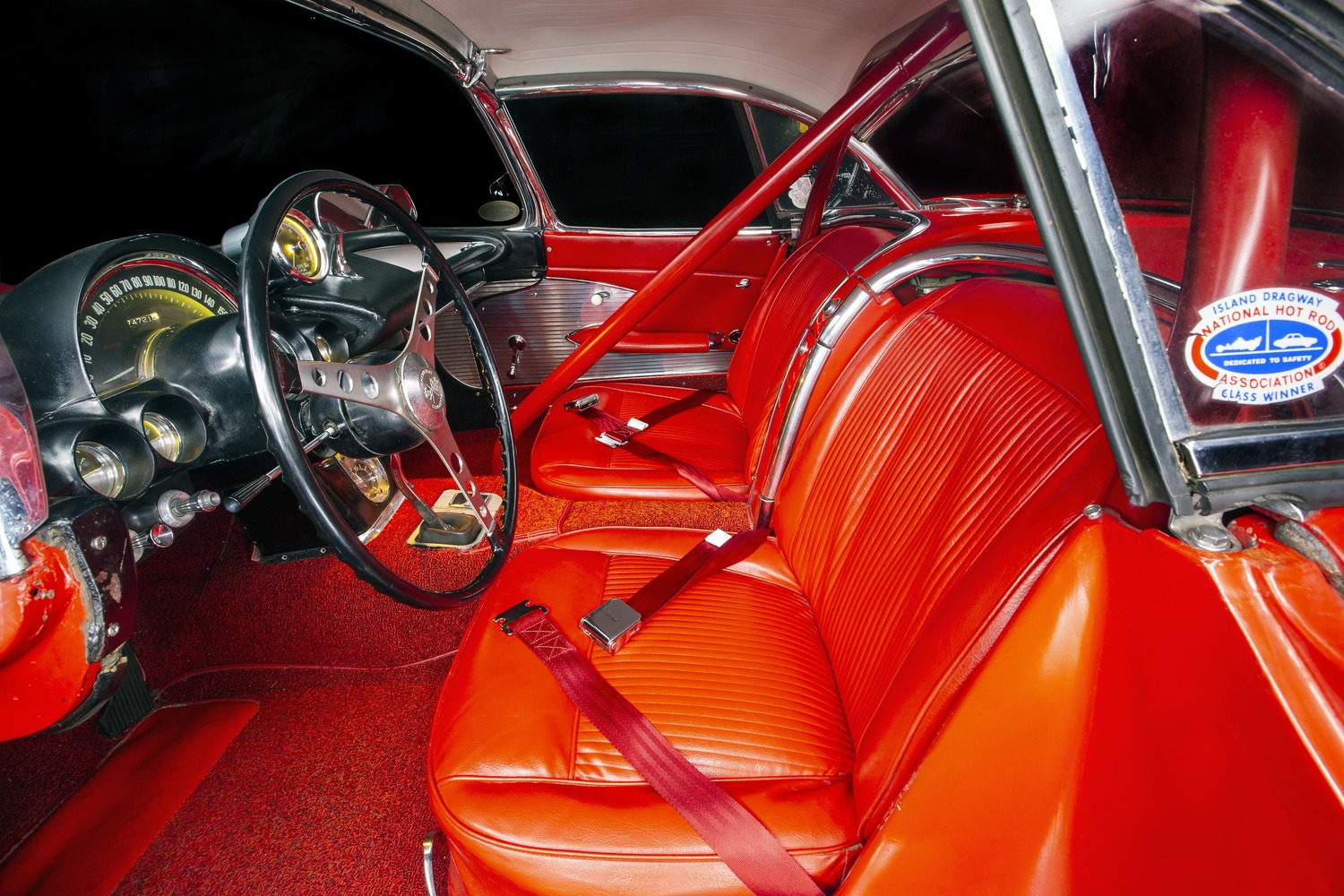 The usual after-the-fact question often asked is: “What could have been done differently?” Butch simply answers, “nothing.” It is exactly as he would have built it back when he was 19. The only upgrade that hasn’t taken place yet is the addition of a Ford 9-inch rear so he can finally do some passes down the track.
ACP 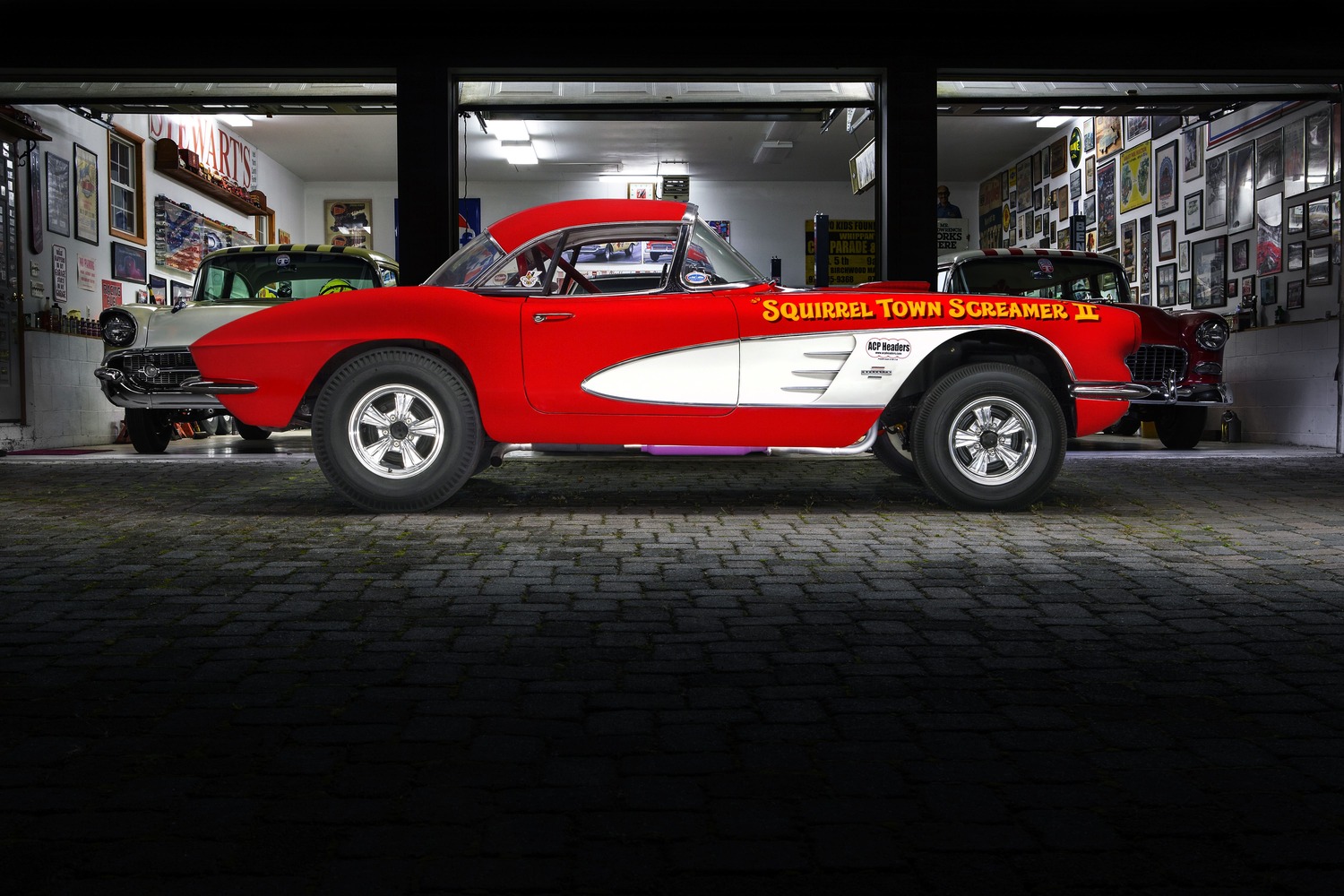