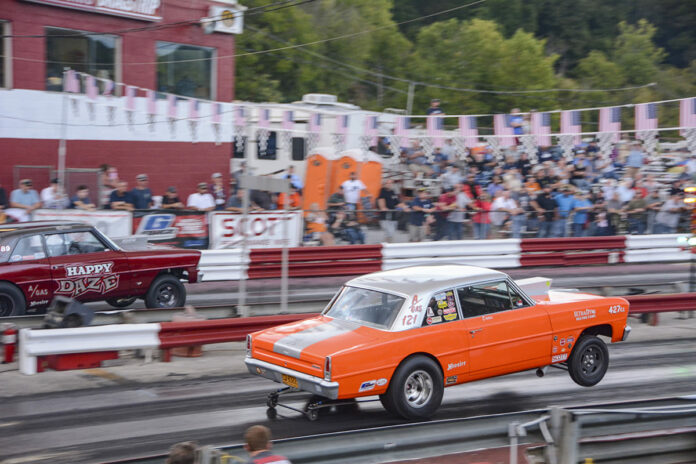 The Southeast Gassers Association Packs the House at Knoxville Dragstrip

Old-school drag cars come in several varieties: survivors, restored cars, and tribute cars, just to name a few. Then there is the Southeast Gassers Association, a group of racers who have redefined vintage drag racing with side-by-side, heads-up action that replicates the excitement of the glory days of gasser racing. All cars must run on gasoline, utilize a manual transmission, and fit within the very strict appearance and mechanical rules package to compete.

Quain Stott, the man in charge of the Southeast Gassers Association, based the rules around the 1967 NHRA guidelines for the Gas Coupe and Sedan category. He put his own twist on it, by requiring all cars in the gas classes to use a straight axle and a manual transmission—no such rules existed back in the ’60s, but it was Stott’s way of keeping a level playing field. Even though the goal is period-correct gasser drag racing, there are several allowances for safety items to keep the drivers safe. 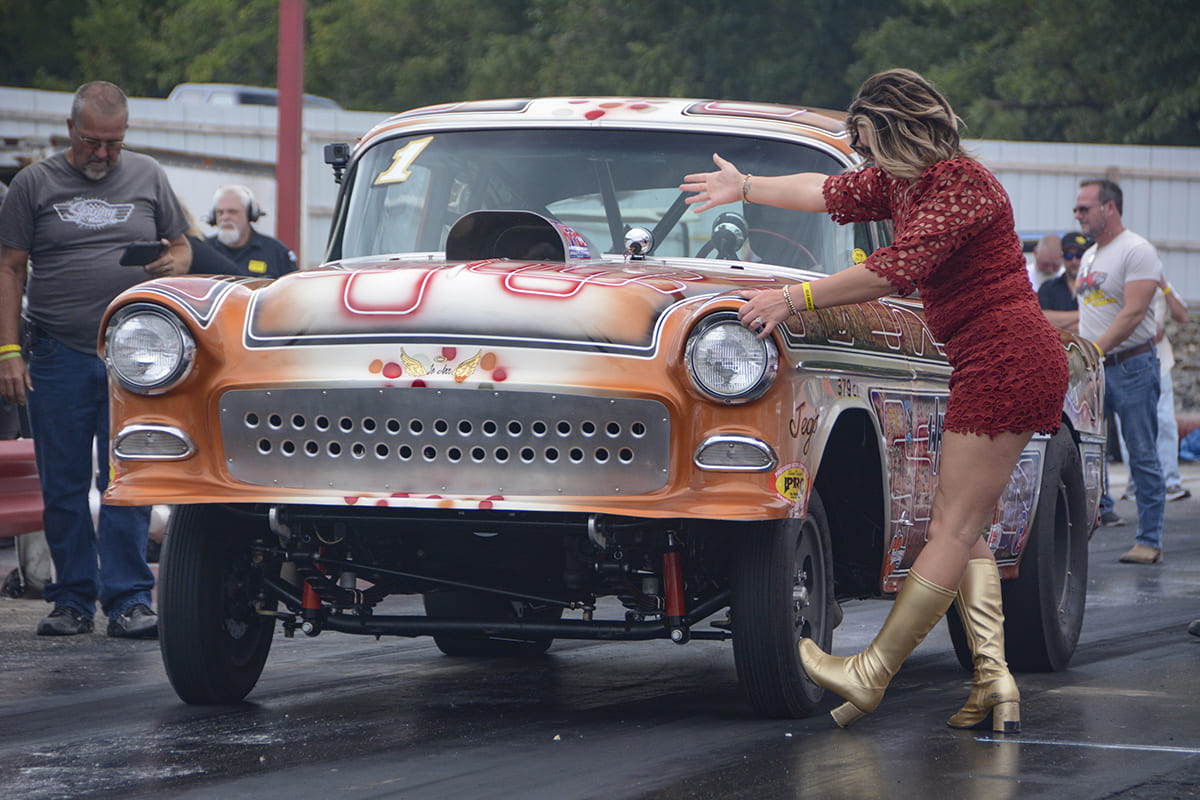 As the years have progressed, the group has been separated into three gas classes (A, B, and C, based on the car’s cubic inches and weight). Additionally, a Super Stock class has been added for a little more variety. You’ll notice the cars in the photo gallery that do not have a straight axle belong to the Super Stock category. All classes in Southeast Gassers Association racing go through technical inspection at each race and must be weighed after every round win to ensure they are within the rules. Visual inspections are also made before each race to ensure the period-correct appearance of each car. And this isn’t a loosely prepared set of guidelines—this is a legitimate rule book and it’s strictly enforced to keep the spirit of this event in check.

Some might think the rules would scare off potential racers, but the group has a huge following, with hundreds of cars already competing or currently being built to meet the requirements. A total of 75 racers entered the Ram Clutches “Nationals at Knoxville” held at Knoxville Dragstrip. This eighth-mile facility has been one of the stops on the Southeast Gassers Association Championship Series for several years, and it always draws a huge crowd of spectators. 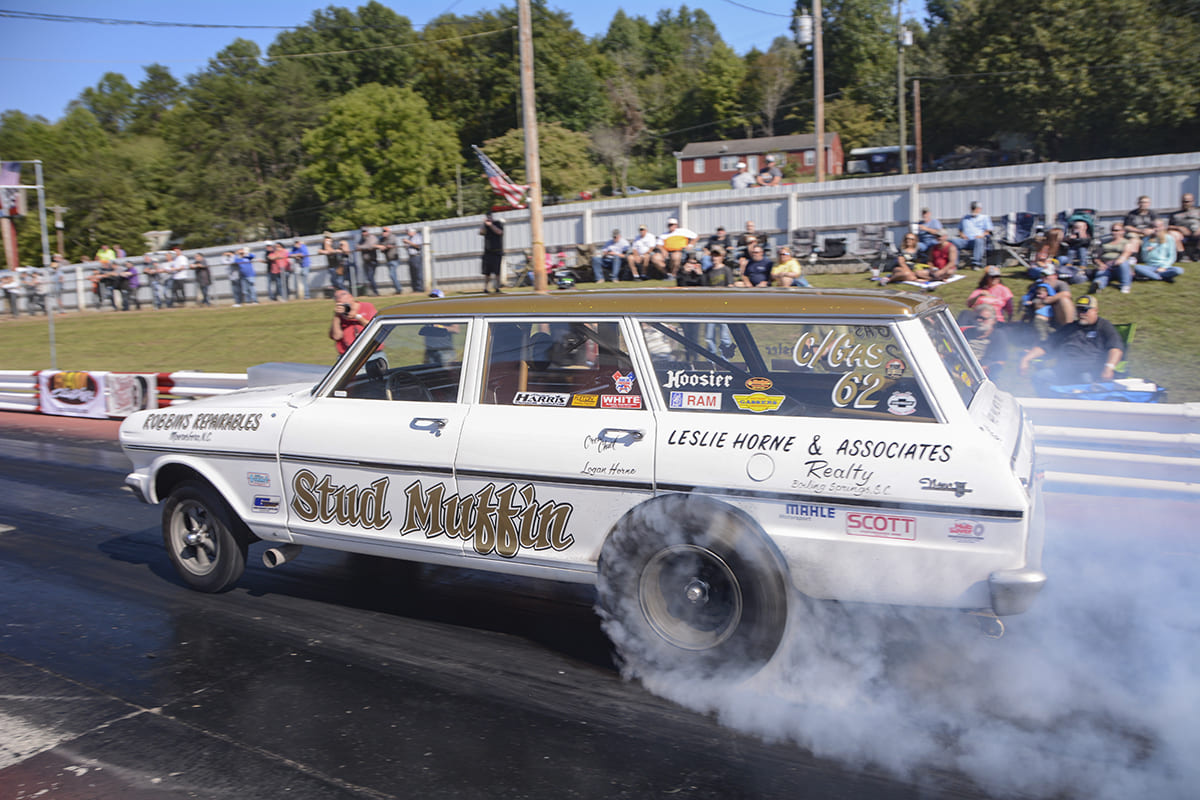 East Tennessee is rich with drag racing history, so many of the folks in the crowd experienced the gasser wars of the ’60s at the backwoods tracks all around the area. These gear-banging, wheelstanding, high-revving gassers brought back memories and made new memories as they blistered down the track. It’s a visceral experience that you just have to see in person to truly appreciate. After two rounds of qualifying, each of the gas classes required five rounds of eliminations to determine the winners. Rick Varner won the Super Stock class in his ’67 Camaro. In C/Gas, it was Josh Pruitt defeating the “Stud Muffin” Chevy II station wagon. B/Gas saw an all-Chevy final with T.J. York’s wildly painted ’55 Chevrolet taking the win over Ken Rainwater’s “Renegade” Chevy II. The top dogs in the A/Gas category came down to Gabriel Burrell and Leslie Horne, with Burrell taking the win over the “Chick Magnet” ’55 Chevrolet. If you’d like to dig into the comprehensive rule book or find out when the Southeast Gassers Association is coming to a dragstrip near you, check out southeastgassers.com. 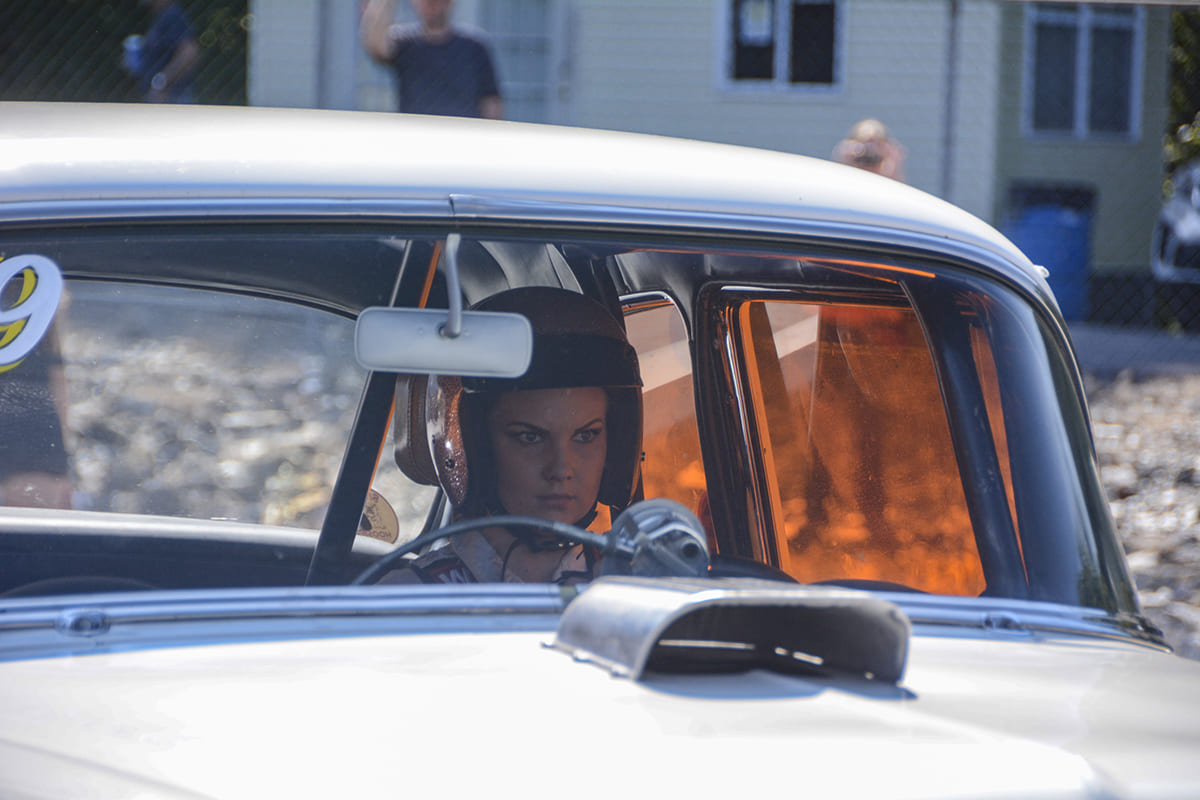 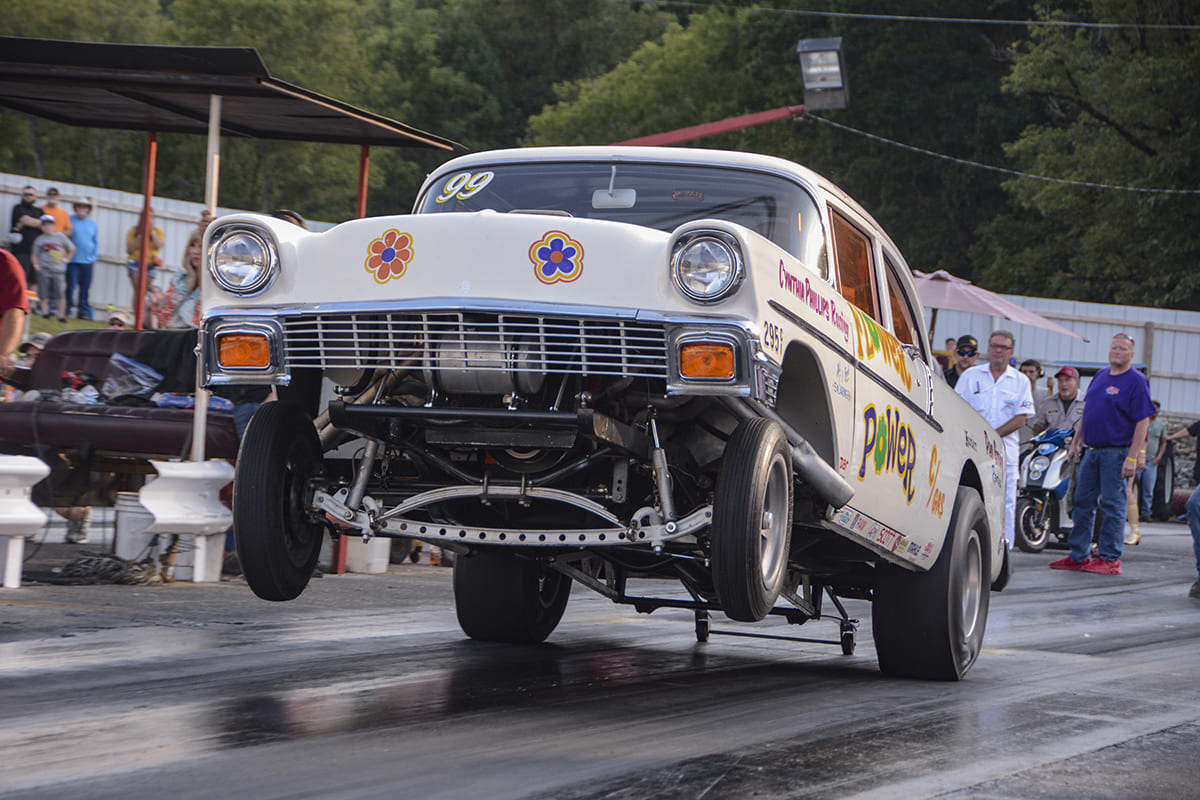 While it may seem that gasser drag racing is an “old man’s sport” based on the inherent nostalgia factor, that couldn’t be further from the truth in the Southeast Gassers Association. A new breed of drivers is shaking up the field of veteran drag racers. Names like Josh Pruitt, Adam Lowhorn, Robbie Walden, and Colby Welch are already making headlines with race wins and “wow” moments. A new driver hit the scene for the 2021 season, 19-year-old Alexis Phillips. She is the niece of Cynthia Phillips, who piloted the “Flower Power” ’56 Chevrolet in C/Gas. Unfortunately, Cynthia’s declining health prevented her from driving this season and she died in April. Alexis stepped in to take over driving the car, which is no small task, as these cars are ill-handling, unpredictable machines. She has no fear of dropping the hammer on the 295ci small-block Chevy engine and has proven to be an excellent competitor. Look out for Alexis and the other young guns of the Southeast Gassers Association as they go head to head with 50-year veterans of the sport.