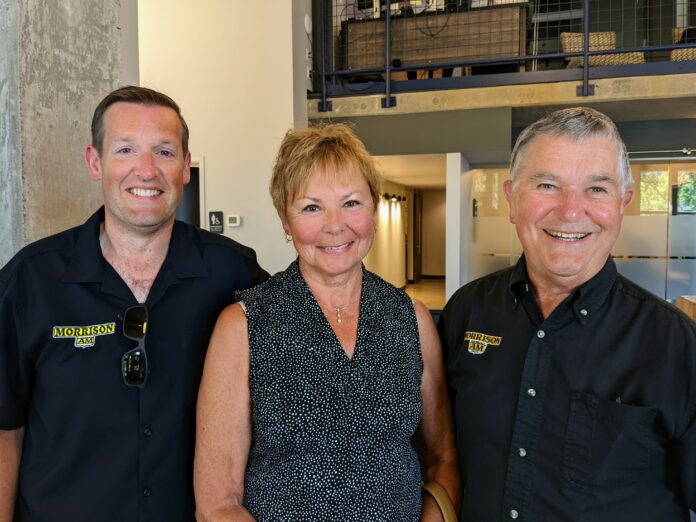 Fife, Wa – Matt Jones, who joined Art Morrison Enterprises (AME) in 2005 with a freshly minted Bachelor of Science degree in Mechanical Engineering, was hand-selected by Art Morrison to purchase the controlling interest in AME.  Over his nearly 20-year tenure, Matt has worked closely with company founder Art Morrison and the late Craig Morrison in numerous instrumental roles including lead engineer, operations manager and now president.

Of the recently completed purchase, Art said, “Matt has played a huge role in the success of the company and has earned the trust of our many long-term employees. It will be in good hands.” And while after 51 years in business, with wife Jeanette at his side, he will now be able to refocus and spend more time traveling and enjoying their grandson Alexander, Art will not be disappearing. “Those of you who know Art and his desire to create things will appreciate that he will retain his office here—his home away from home—and will remain a valuable consultant and mentor, but without having the burden of running the business on his shoulders,” added Matt.

As we look toward the future, I am immensely humbled and honored to continue the tremendous legacy of Art and Craig Morrison by retaining our long-term employees, providing top notch customer service, and producing the best products possible using the industry’s most talented craftsmen, right here in Washington” said Matt.

The prime motivator in the development of the highly successful AME Multilink IRS, Matt has been an automotive enthusiast all his life.  Matt’s silver 1969 Camaro became the development “mule” for many of AME’s suspension components, which scored high marks in several “suspension shootouts” held by leading enthusiast publications.  Matt and his wife, Lisa, live in nearby Auburn, Washington and have two daughters, ages 13 and 8.

Founded in 1971, Art Morrison Enterprises has grown from a one-man garage fabrication business into an industry-leading designer and manufacturer of chassis and components, which are engineered for peak performance.  Now occupying five stand-alone buildings in Fife, Washington, AME proudly completes virtually all of their metal-forming, CNC machining and precision assembly in-house.  An industry leader, AME pioneered the true bolt-on GT Sport chassis, which laid the foundation for the burgeoning restomod market.  For more information visit www.ArtMorrison.com

The History of Hollywood Hot Rods