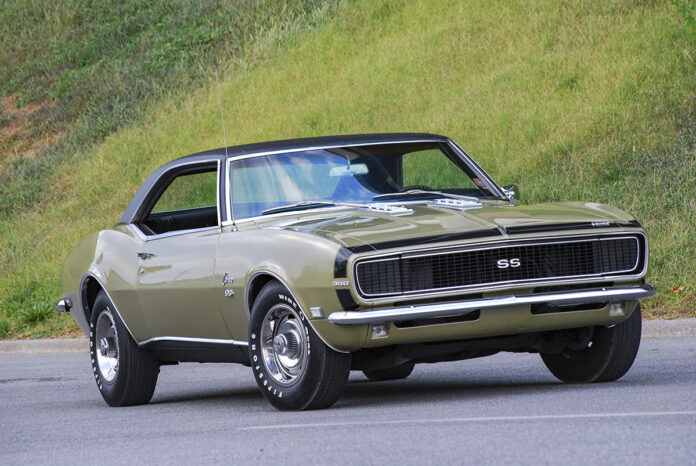 An Immaculately Restored 1968 Camaro That Bonded a Father and Son

Creating a good father-son relationship requires more than passing a football in the backyard. It takes a lot of time and a lot of patience to form this sort of bond. Randall Matheson found the perfect way to spend quality time with his son, Dave, and the end result is this flawless 1968 Camaro RS/SS. Randall is a longtime Camaro lover and owned his first one, which happened to be a 1968 RS/SS, at the age of 16. He sold the car in the mid ’80s when he got married and his new bride promised that one day they’d have another one. As it turns out, she was right and the 1968 Camaro on these pages was bought after 20 years of marriage.

Randall lives in Jonesborough, Tennessee, and found the car through his friend, Darwin “Dordie” Booker, who knew about his desire to have another old Camaro. Upon the first look, Randall didn’t fall in love with it because he wasn’t crazy about the color, and it didn’t run very well on his quick testdrive. Dave, who was 11 years old at the time, tagged along to look at the car and encouraged his dad to buy it. The boy was officially hooked.

After doing a bit more talking with the owner, Randall found a great deal of information on the car, which sweetened the deal. Window stickers, service invoices, Protect-O-Plate, owner’s manual—it was all there and perfectly documented from day one. The car was delivered November 27, 1967, to A.F. Smith Chevrolet in Fairburn, Georgia, and purchased by James T. Kite of Marietta, Georgia, for a total of $4,409.95. According to Randall’s research, the original owner moved to Kingston, Tennessee, and continued to drive the Camaro through the ’80s. He sold it to a coworker who parked the car in his basement for several years. As Randall stood in that same basement and contemplated the purchase, he knew that being the third owner of a well-kept, numbers-matching Camaro RS/SS was in his future. 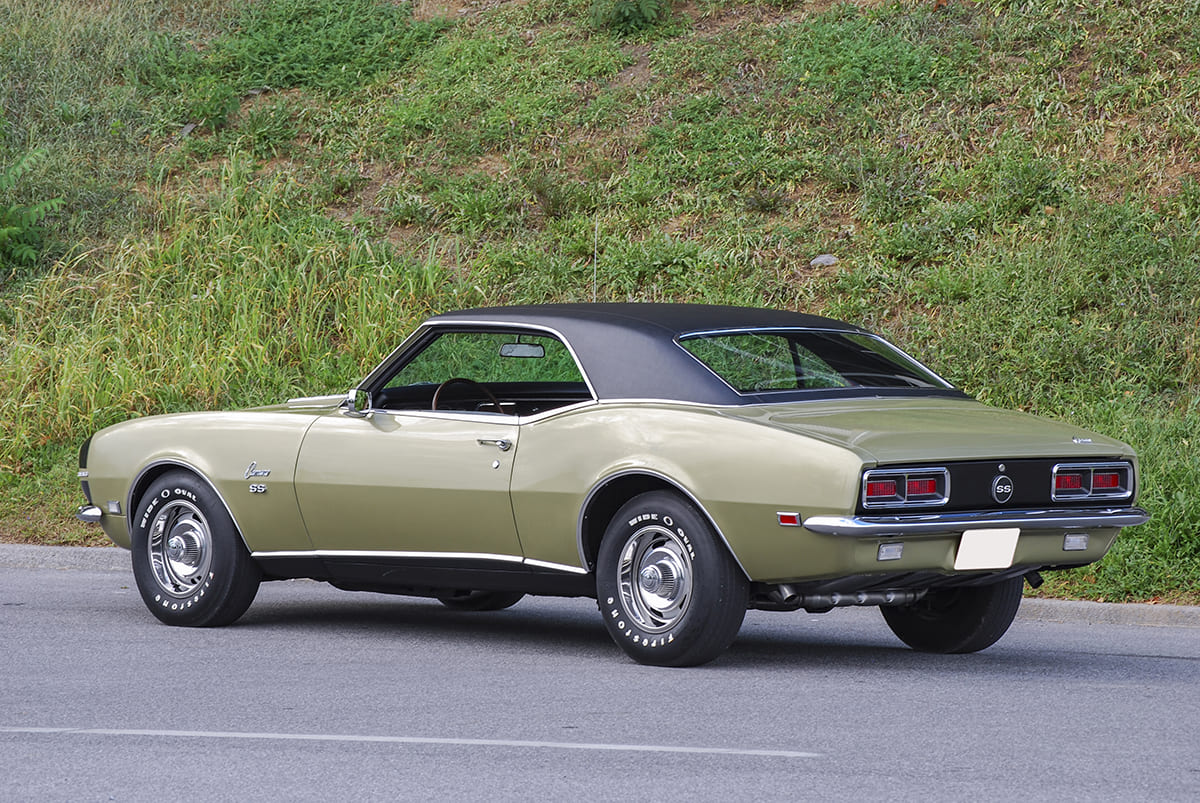 From there, Randall gave the car a tune-up and began driving it when the weather was nice. He enjoyed the time behind the wheel but the annoyances of rust started to get to him. This inspired a full restoration. Randall expressed how much the quality time with his son brought them closer, and he hopes his experience inspires other parents to take part in a project with their children. Along with the time spent together, Randall and Dave now have a flawless 1968 Camaro RS/SS, which is like a member of the family.

The quarter-panels needed to be replaced, so that’s where this complete restoration began. Randall told us, “We had just finished a two-car garage addition on our house, so we pulled it in there to start on it. After cutting out the old panels I started welding the new ones in, but it wasn’t easy.” Then one day Dave asked if he could give it a shot, and at 15 years old he thoroughly impressed his dad and finished welding in the quarters. Dave’s heavy involvement with installing the quarters inspired the duo to restore the entire car. 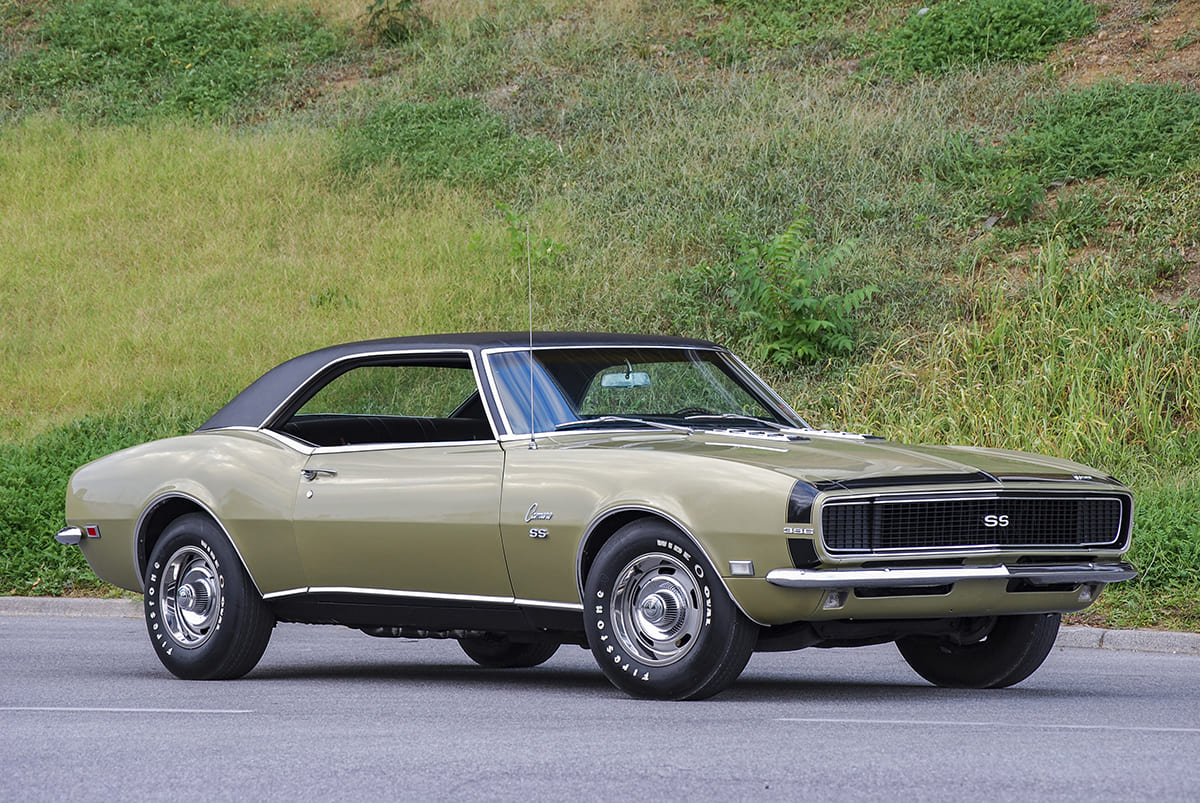 After finishing the quarter-panel installation, Randall was diagnosed with heart failure. This certainly slowed things down, but they pressed on at a slower rate. Randall says, “With my heart problems, I didn’t know whether I would have a chance to do this again and I wanted Dave to be able to have the memories of fun times—to look back on in case anything happened to me.” During the build, almost every piece of the car was removed to be restored, and all of the steel components were blasted to remove the old paint. Dave had a knack for fabrication and welding, so he handled the metalwork while Randall took care of most of the bodywork and the final paint process. Using Axalta Centari paint, Randall painted the car its original color, which is Ash Gold with a black “bumble bee” stripe on the nose. 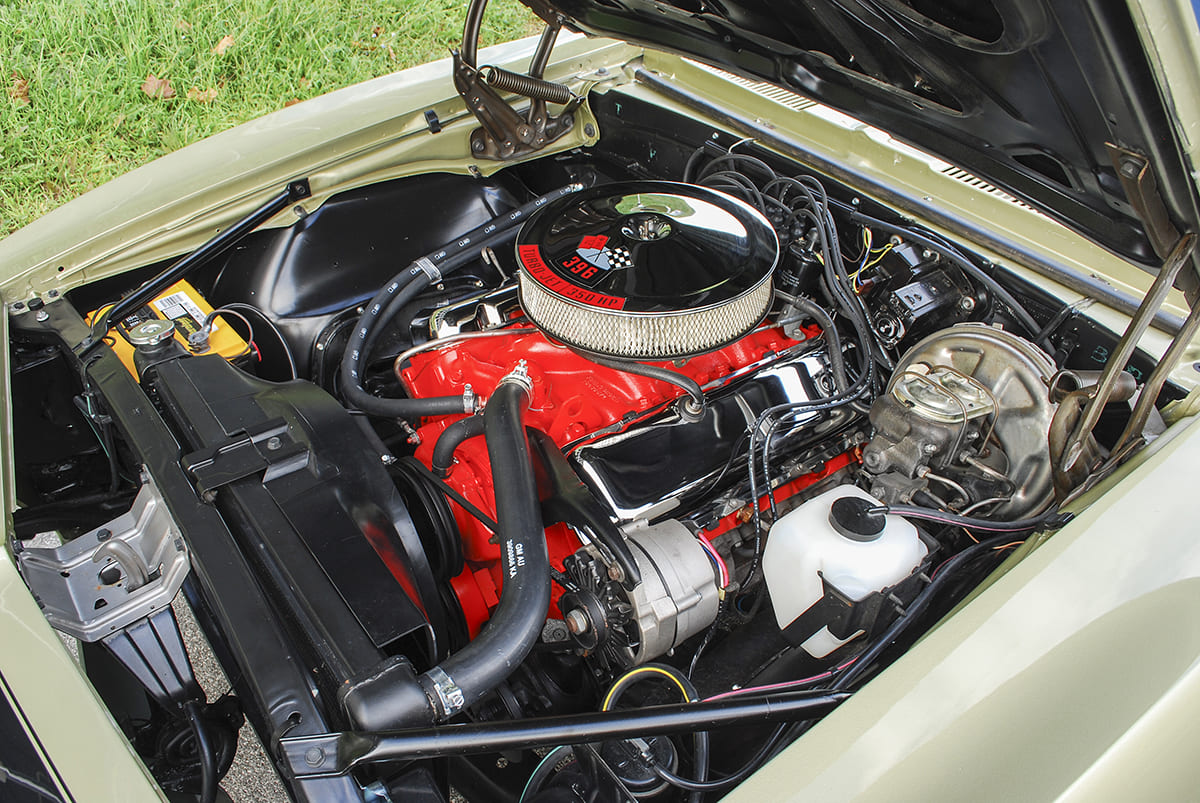 Underhood is the original 396ci big-block, but it now displaces 402 ci, thanks to a 0.030-inch overbore. Don White performed the machinework, and the engine was assembled by Randall and Dave in their home garage. This is what father-and-son bonding is all about. They upgraded the bottom end with ARP main studs, Scat I-beam rods, and KB pistons, but the rest of the engine is completely stock. Chevrolet’s factory claims of 350 hp and 415 lb-ft of torque for the L34 396 should be an extremely close estimate to the newly built engine’s output. And just so you know, only 2,579 Camaros had the L34 engine in 1968. 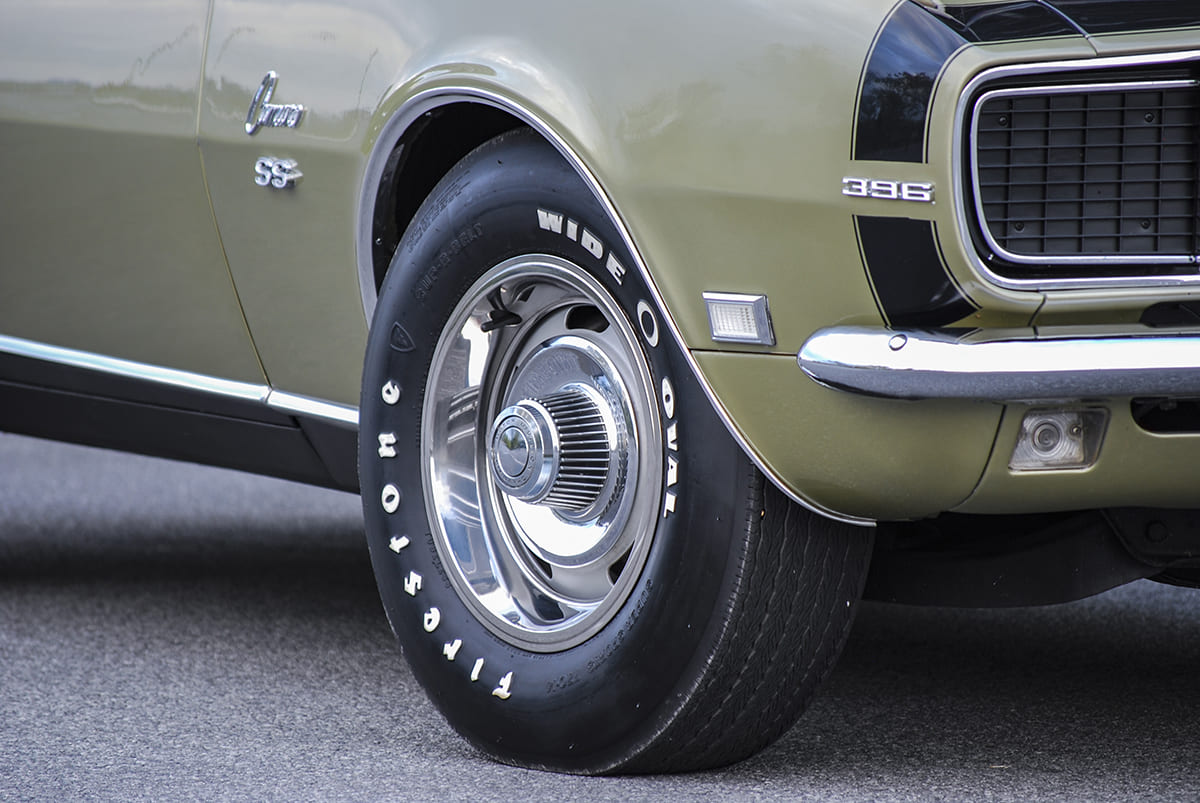 The transmission is a Muncie M20 four-speed manual, and it’s never been disassembled. It features a Hays 10 1/2-inch clutch, which sends every ounce of power through the transmission and into the 12-bolt rearend. The rearend has not been disassembled, still utilizing the original 3.23 gearset and Positraction differential. Rolling stock for the Camaro consists of 14×7 Rallyes on all four corners, with Firestone Wide Oval tires from Coker Tire. The bias-ply tires are sized at F70-14 and offer period-correct styling.

Randall expressed how much the quality time with his son brought them closer, and he hopes his experience inspires other parents to take part in a project with their children. Along with the time spent together, Randall and Dave now have a flawless 1968 Camaro RS/SS, a priceless part of the family. 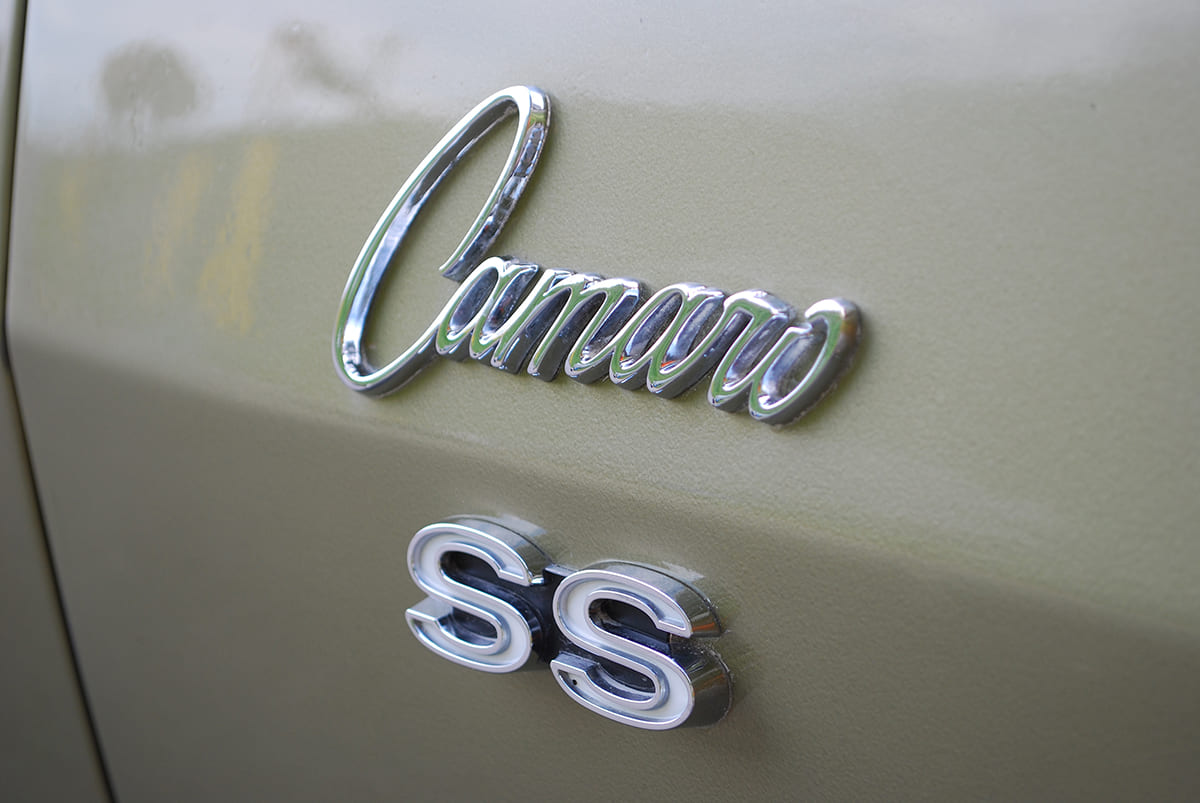