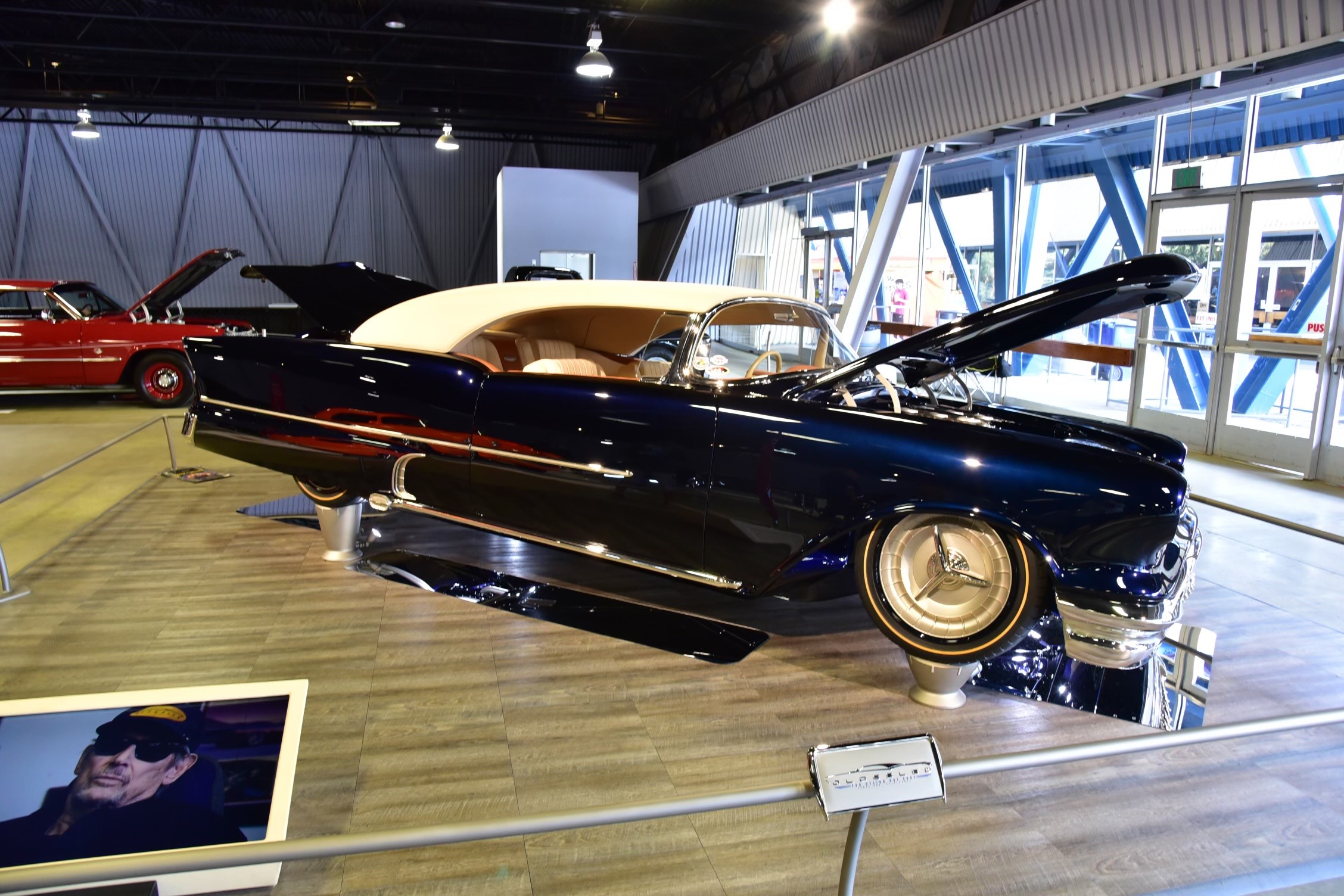 Taking home top honor of Custom D’Elegance at this year’s Sacramento Autorama is the ’56 Olds titled OLDSSLED. Jeff Hess should be very proud of taking home this prestigious honor. It should be noted that this amazing custom has taken home top honors before, including Goodguys Street Rod Headquarters Custom of the Year along with a Great 8 award during the Ridler competition, and a Select Six finish at the Chicago World of Wheels. 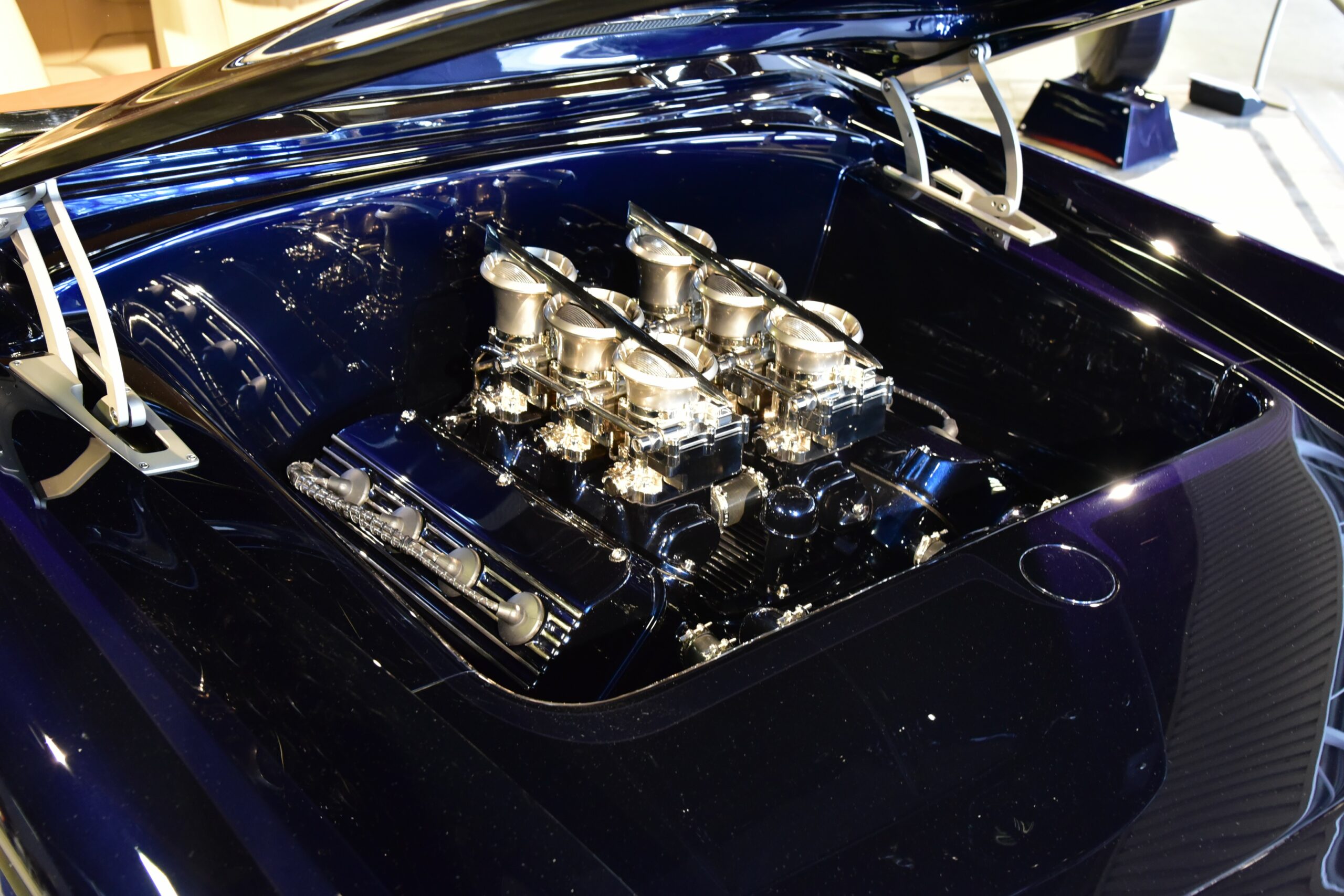 This is the premier award of the Sacramento Autorama hosted each year by Rod Shows comes a beautiful trophy and a check for $5,000 presented by ARP. The award was originally founded in 1953 and titled Car of Elegance with it going to Sacramento’s very own Joe Bailon the first time out. The award is intended for all customs built from 1936 to 1964 model years that feature a silhouette adaptation that includes (but not limited to) a chopped, channeled, or sectioned appearance. 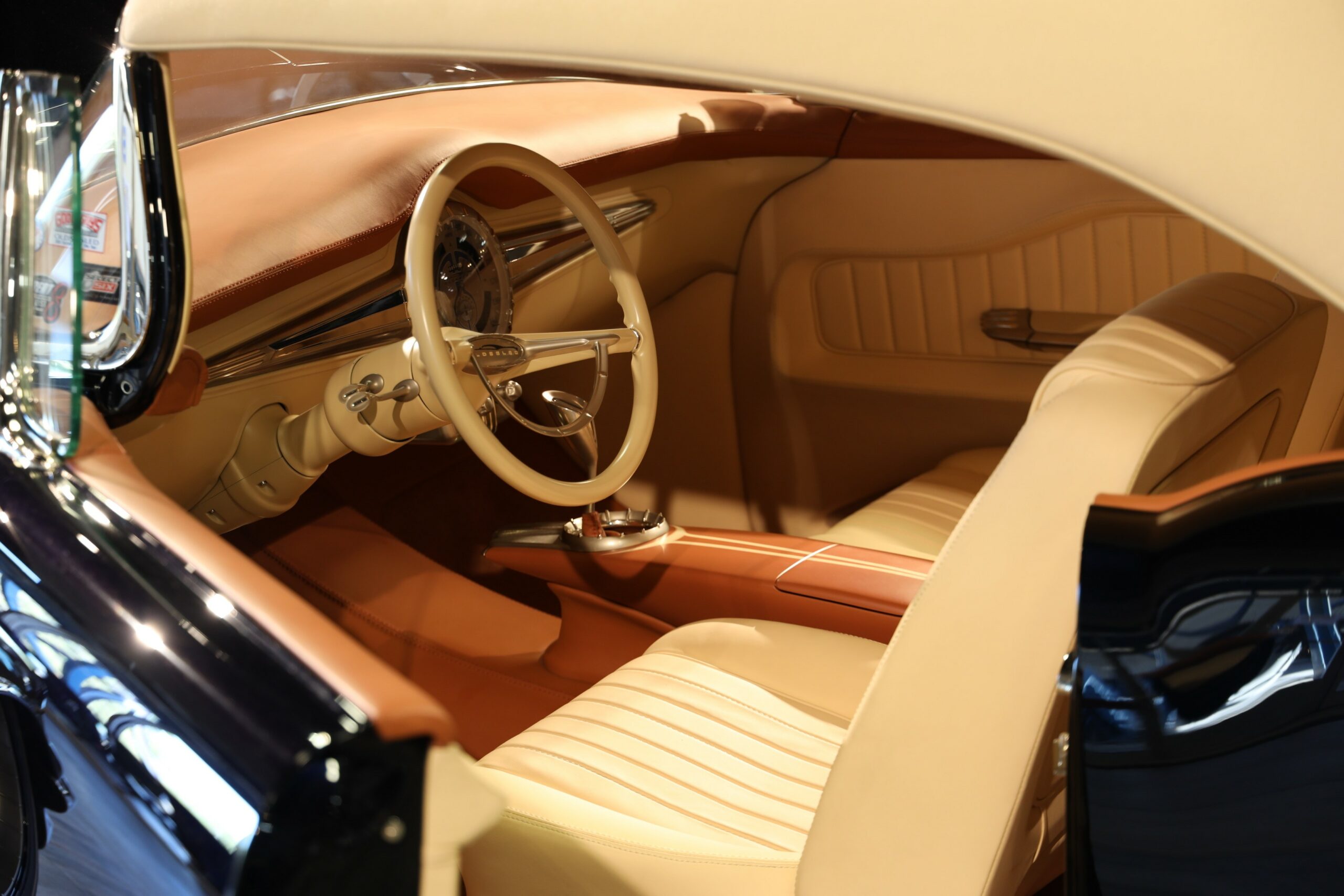 The ’56 Olds features a removable Carson top and a 2-1/4-inch chopped windshield. From here you can see the frenched headlights, a pancaked treated hood, filled cowl, along with a fitted bumper and a C1 Corvette appearing grille. The rear quarter panels are extended and feature custom skirts and scoops. Also note the lakes pipes and the ’56 Packard taillights, the shortened trunklid and the Continental kit.

After all the custom bodywork comes the application of the House of Kolor one-of-a-kind mix named Way Past Midnight Blue that was then applied by Doug Starbuck of Star Side Designs. This expert body- and paintwork conceals the aluminum belly pans while the 18×8 custom wheels reminiscent of ’56 Olds hubcaps are surrounded by Diamondback rubber. Power is nestled with an early Chrysler Hemi with EFI mounted atop the vintage six-carb intake.

There is plenty more to see on this truly amazing custom and you should make it a point to look at this custom up close. MR