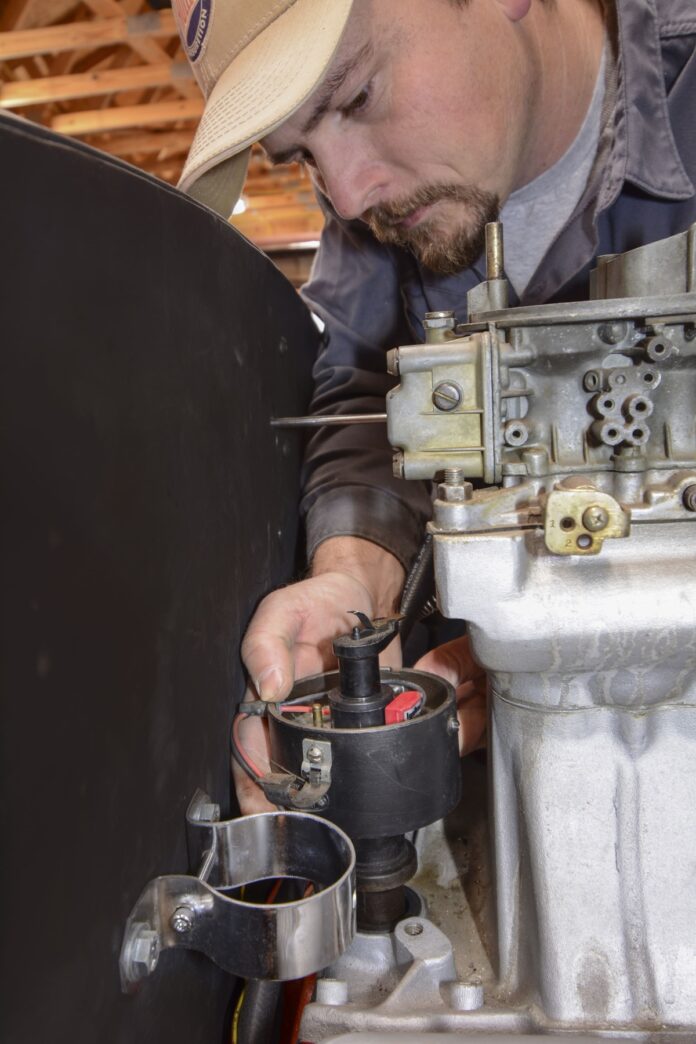 Electrifying a Vintage Dual-Point Distributor with a PerTronix Igniter II

During the ’70s, most auto manufacturers made the switch from points-style ignition systems to electronic ignition. General Motors made the most notable jump in technology when it introduced High Energy Ignition (HEI) in 1974. HEI distributors have been a long-standing go-to ignition system for street rods because it’s an extremely simple one-wire hookup. However, the HEI distributor features a large body, which usually looks out of place on a traditional hot rod or gasser. Luckily, there is a better way to upgrade to electronic ignition. Whether you’re running a General Motors, Ford, or Mopar engine combination, the easiest and most affordable way to electrify your vintage points distributor is with a PerTronix Electronic Ignition Conversion Kit.

Our application is an old-school 283ci small-block Chevy with a Delco Remy dual-point distributor, and PerTronix makes electronic ignition conversion kits for many other applications. In many cases, it’s easiest to perform the ignition upgrade with the distributor removed from the engine. For this particular application, the engine was already out of the car, so the distributor was easily accessible.

For our small-block Chevy, we used an Igniter II conversion kit (PN 91183) along with a new Flame Thrower II coil (PN 45011) and new PerTronix stock-look spark plug wires (PN 708101). The installation can be performed with standard hand tools and can typically be installed in less than an hour. Our install took a little longer because we also took the opportunity to upgrade other ignition components. Follow along as we upgrade this vintage dual-point distributor with PerTronix electronic ignition and get the best of both worlds—vintage looks and modern performance. MR