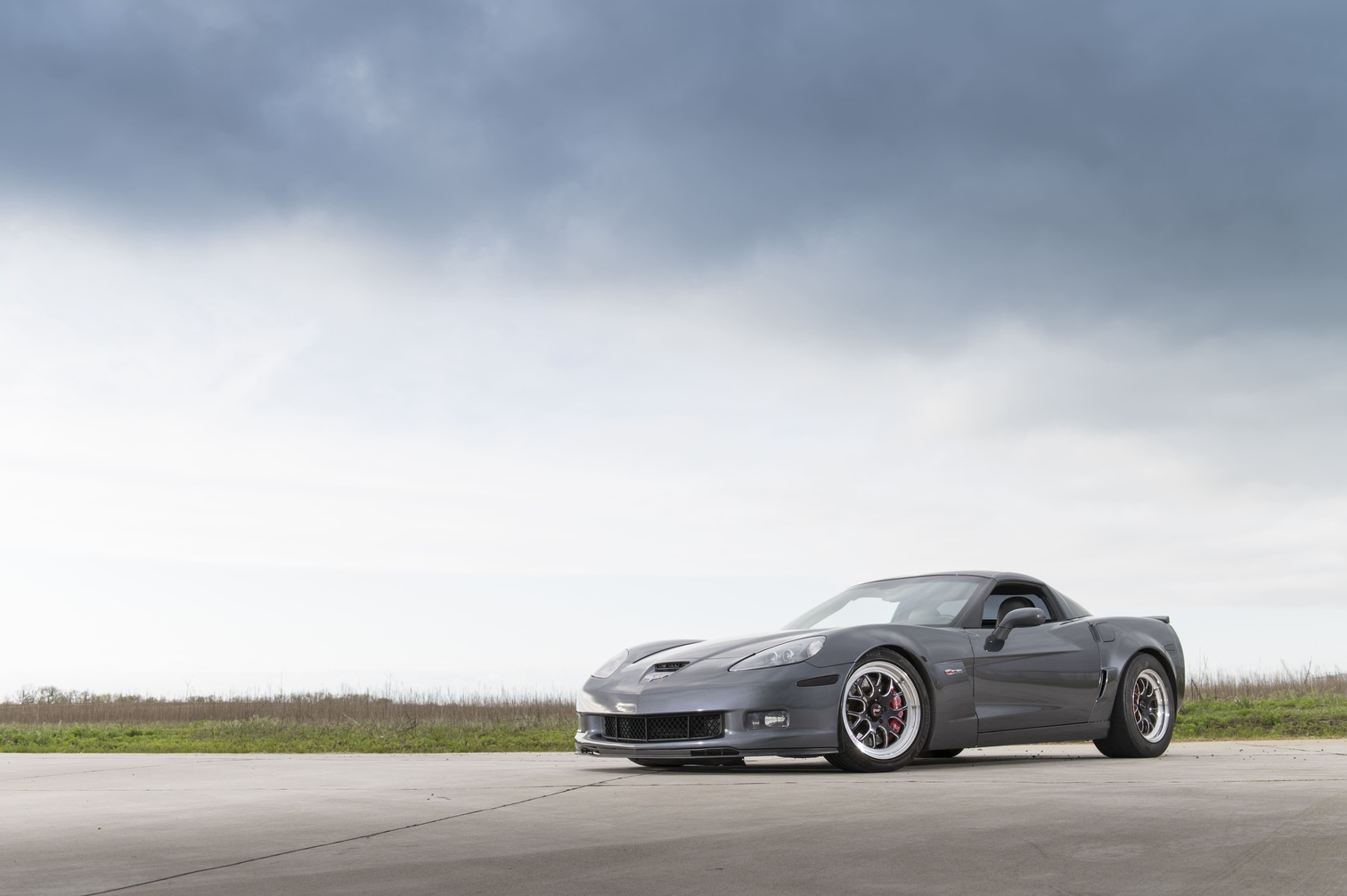 Being a car guy isn’t necessarily defined as one who is into only domestic muscle cars— vintage or otherwise. Calvin Suther got his automotive feet wet in the import scene during his high school years tinkering and wrenching on Mitsubishis. To him the imports were cool, but he had always fantasized about someday owing a C6 Z06 Corvette. Not a bad choice for a young hot rodder gazing into the world of domestic horsepower. “When this local car came up for sale it was nearby and the price was right, so I figured this was a good opportunity to explore a domestic late-model ride,” Calvin states. “I really wanted something with an LS powerplant as they are proven to make good power with little effort.” 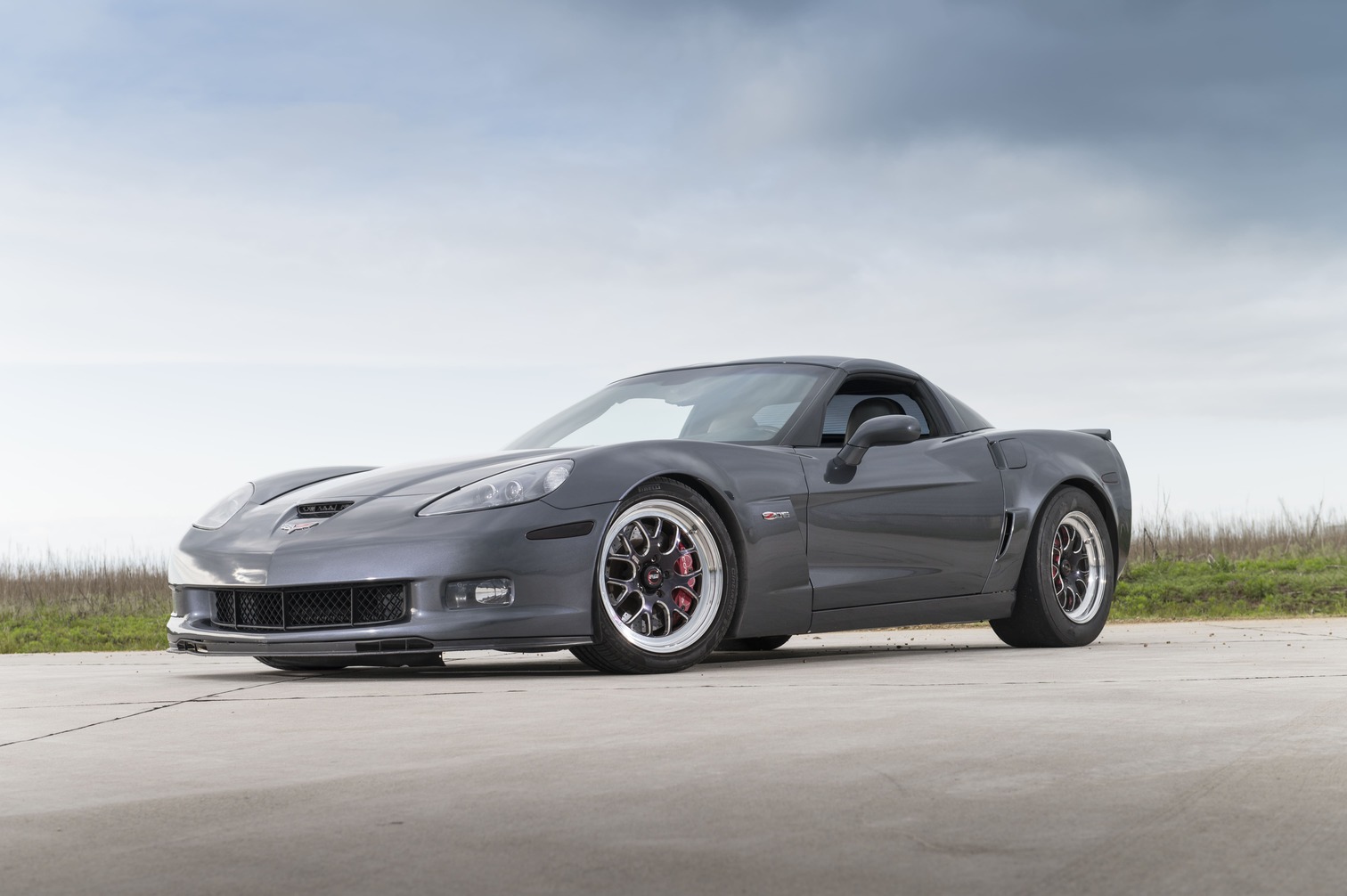 No word on if Calvin sold off the Mitsu, but we do know he set focus on the Vette and getting it dialed in with big horsepower while maintaining reliability on the street. Right off Calvin sold the original LS7 block to fund a new LSX 451 machined and built by Don Hardy Race Cars, which currently lives underhood. He kept the Advanced Induction heads, and the B3 cam was swapped for another one with a nitrous grind. The stock intake was swapped for a FAST LSXR 102mm intake fronted with a Nick Williams 102mm throttle body and a K&N element along with a Halltech housing to gulp in additional atmosphere. American Racing 1 7/8-inch headers blast spent fuel through the stock GM exhaust topped with NPP modded Z06 mufflers. A Nitrous Outlet Direct Port nitrous system puts the Vette in full send. 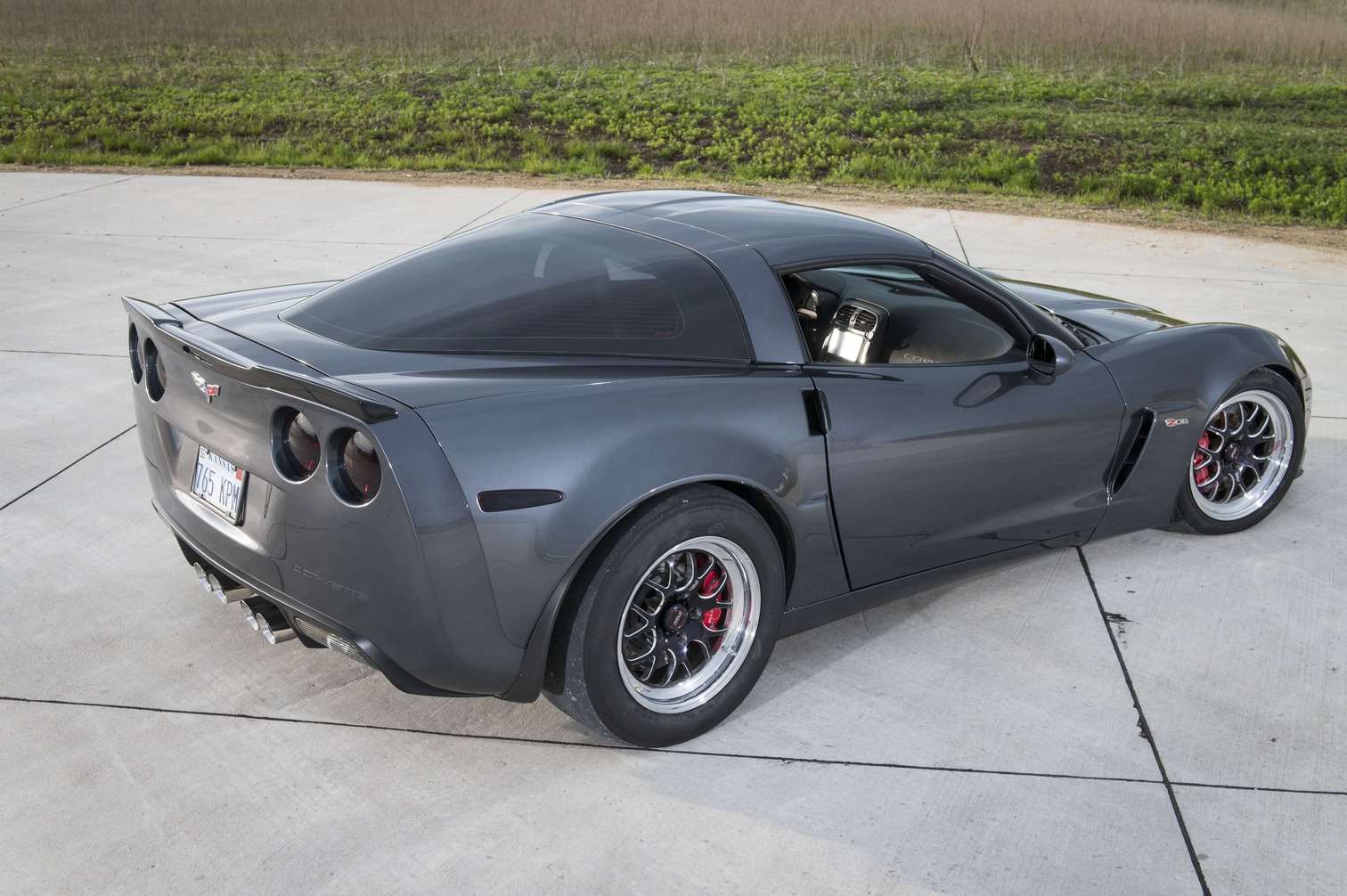 A few hiccups along the way revealed some shoddy wiring, which caused the car to fall flat and go into the dreaded limp mode. “Some wires got burned for the progressive controller, which damaged the throttle body and the sensor on the gas pedal assembly,” Calvin explains. “Once I got that fixed, I moved onto wiring the nitrous system and then added some bottle heaters and a timing control box.” 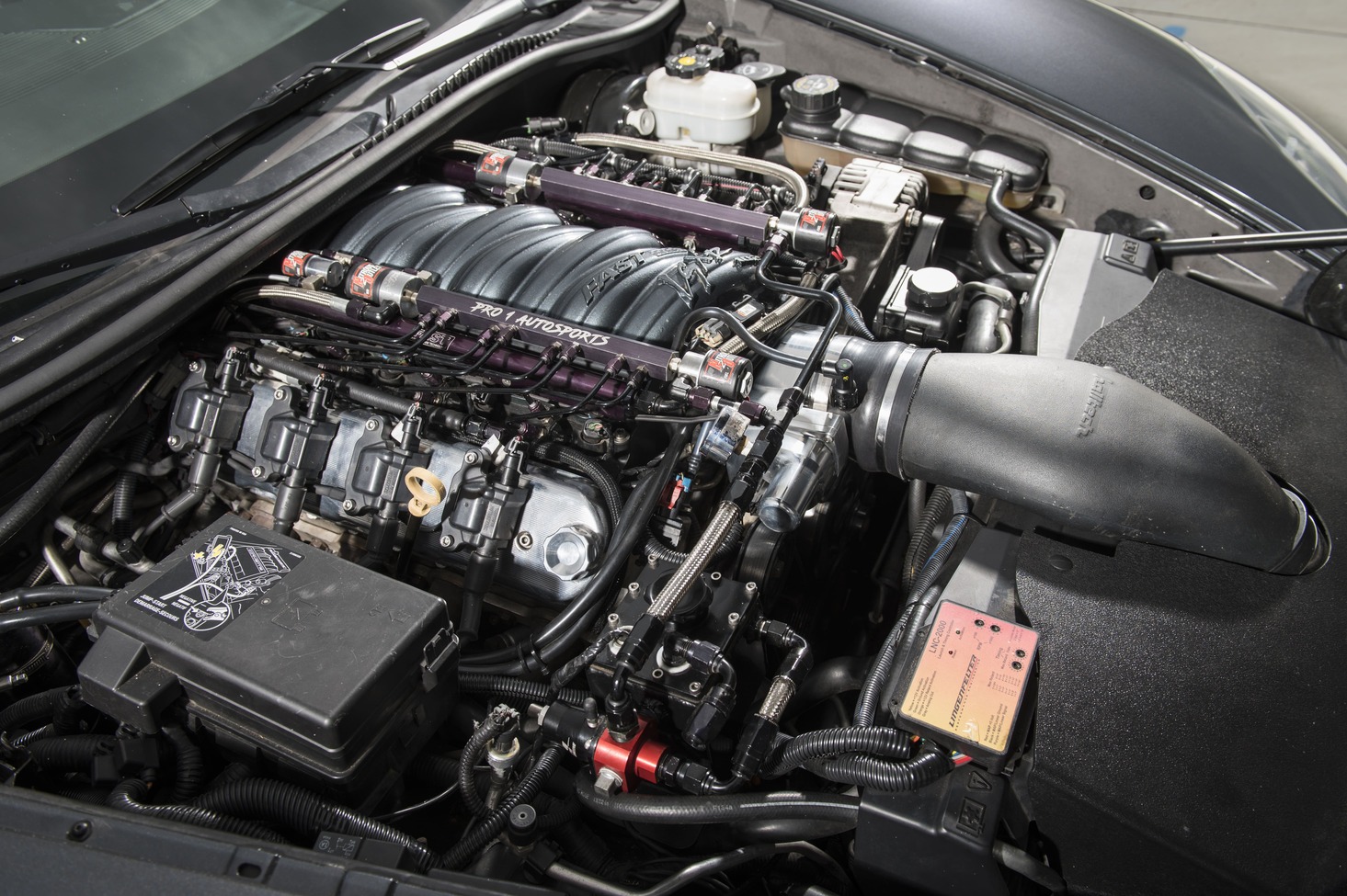 The California Corvette: Jim Reid Jr. Honors the Past With This ’57 Corvette

With the car back on the road, he headed over to Y2 Performance and Offroad in Rowlett, Texas, for a dyno session where the car belted out 1,016 hp and 888 lb-ft on a 400 shot. “When it came time for tuning the progressive controller on the road, my first test hit was done with a 300 shot while on a 40-mph rollout,” Calvin informs. “I was not prepared for the rear end to jump out when I hammered the pedal. The experience shook me up while at the same time the feeling was exhilarating. I definitely had a newfound respect for this car and what it could do.” With some adjustments to the controller, Calvin did a 60-mph rollout with much better results–no wheel spin or tire jerking–just a rapid rising tach, a massive adrenaline rush, and a huge smile on his face. “The feeling of accomplishment overshadowed all the headaches it took to get here,” Calvin says. 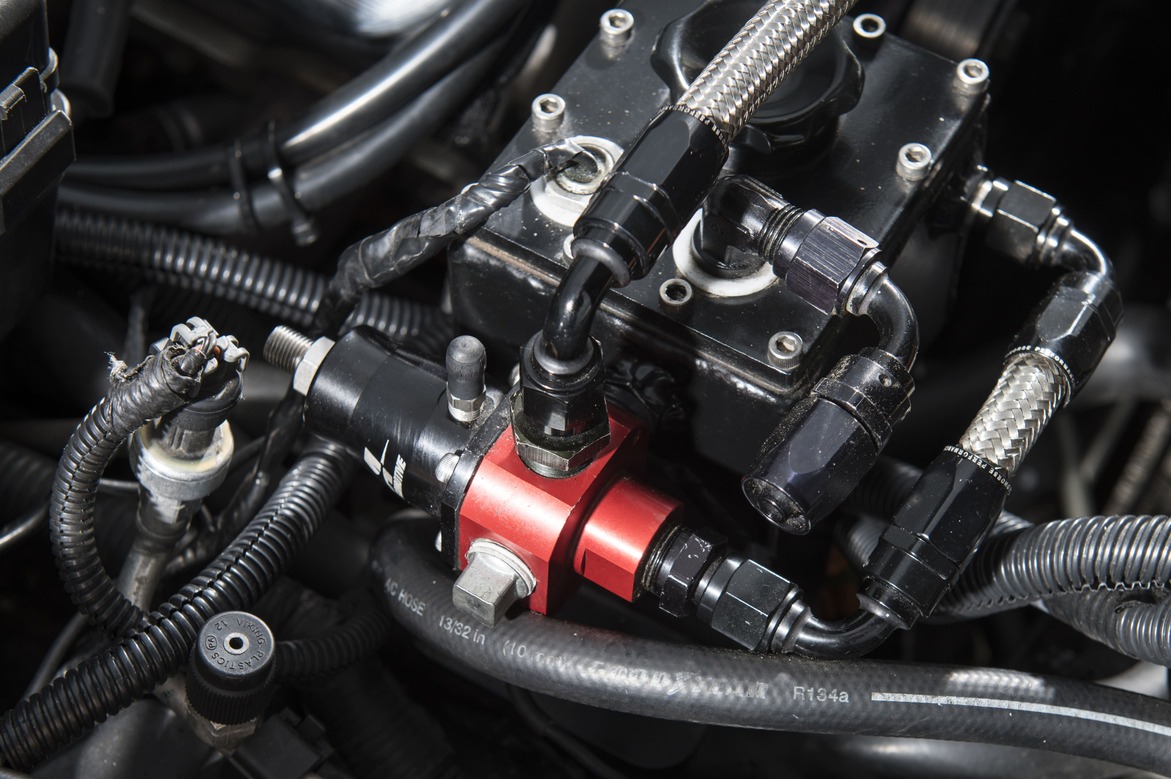 So far in the quarter-mile the car made a 143-mph pass with the tires spinning in First gear. That run was plenty fast to give Calvin and his C6 a quick uninvite by the track official until he installs the appropriate safety equipment approved to go that fast. Needless to say, a rollcage is next on the agenda.

The factory TREMEC TR6060 and SPEC twin-disc clutch manage gear changes and send power to the stock rearend, although Calvin informs upgraded axles and reared are his next purchase once funds become available. 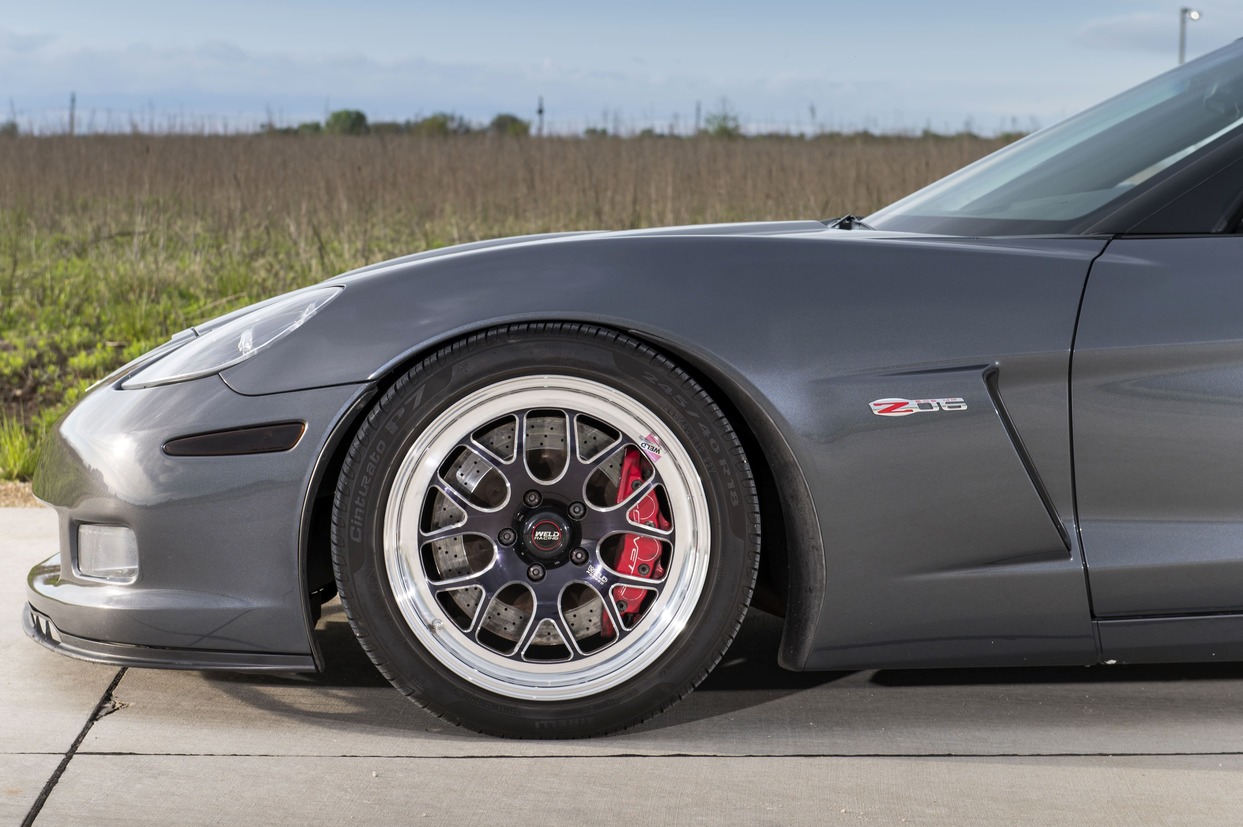 Besides the LG C6 lowering bolts, the car relies on stock suspension and brakes while a performance attitude comes by way Weld RTS S77 wheels (18×8 front, 17×11 rear) wrapped in 245/40R18 Pirelli Cinturato rubber up front with a pair of grippy 305/45R17 Mickey Thompson ET Street R rubber out back. 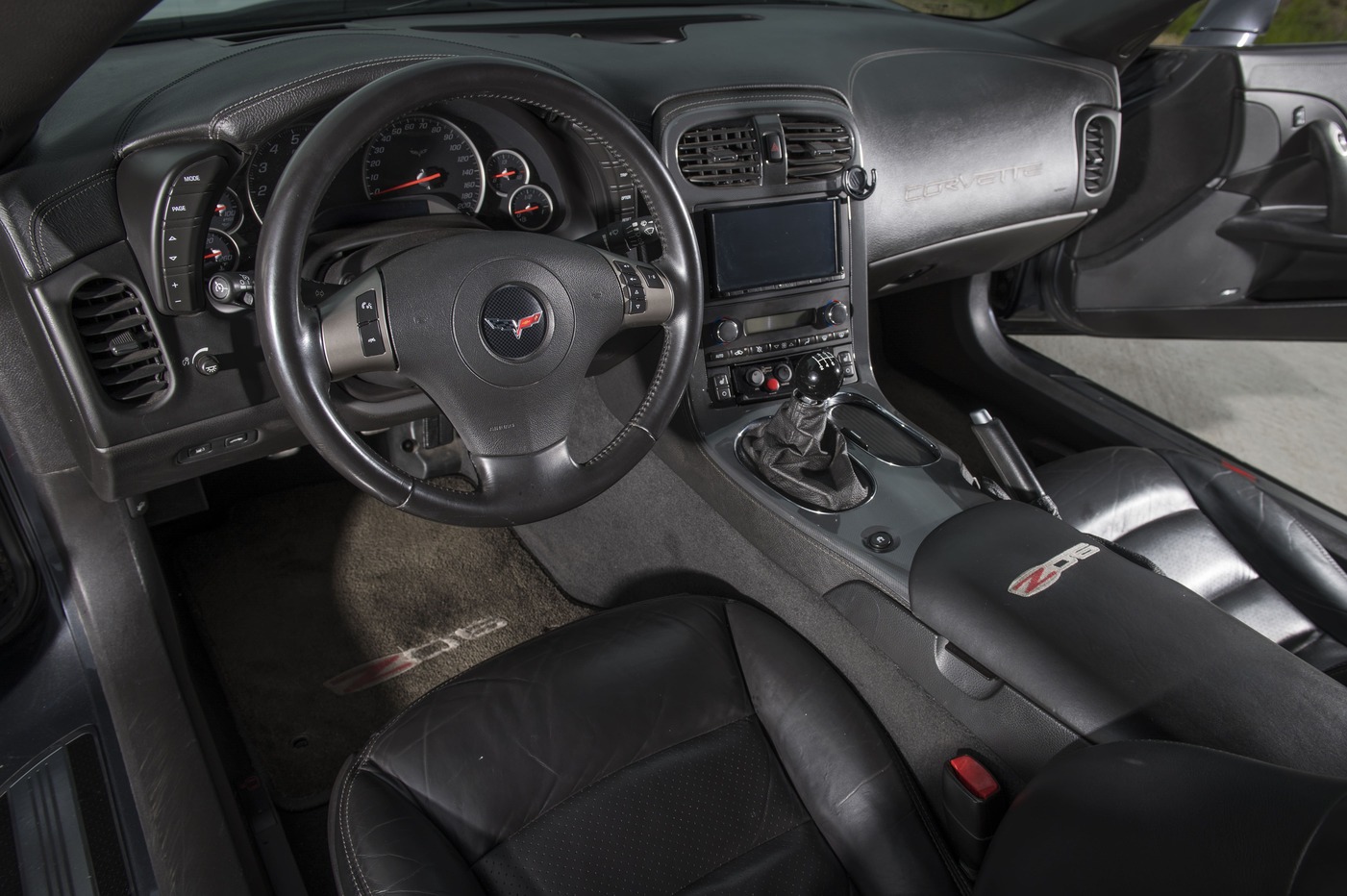 The interior is, for the most part, as-is. The Z06 comes with a no-nonsense posture from the factory already, yet the Nitrous Outlet switch panel playing home to the progressive controller and bottle heater are a dead giveaway that something is up underhood. A keen eye will spot the MGW Flat Stick shifter, and the dual nitrous bottles mounted in the trunk reveals this Vette means serious business. 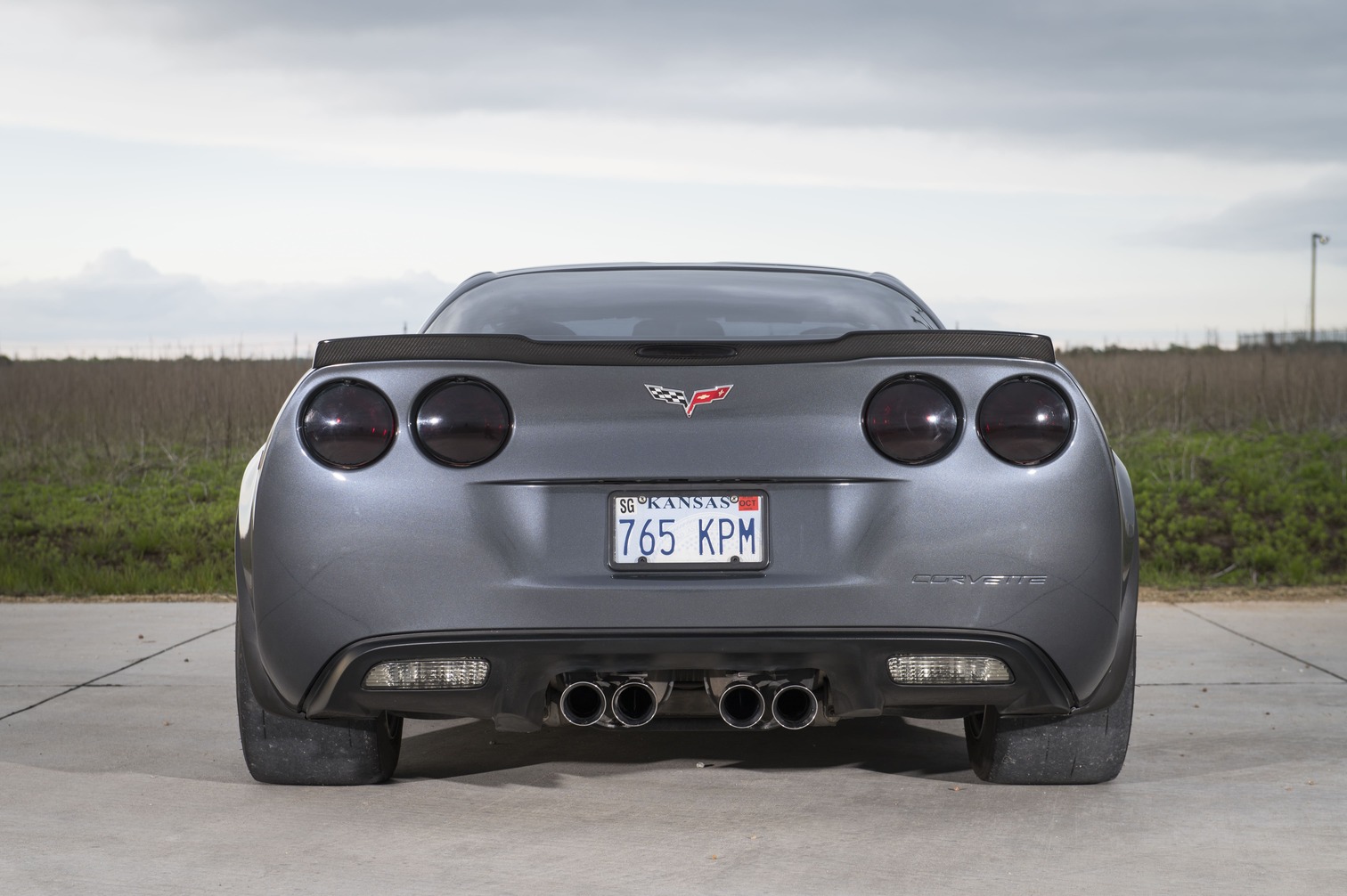 Calvin has had some great times with his Cyber Gray warrior, but one of the most memorable experiences came on a night of firsts: The first night he took the car to the track and the first date with his girlfriend–both were the same night. “Being able to share a great experience with someone else is a one of the best feelings,” Calvin reminiscences. “The adrenaline rush of the car hauling ass and it also being the first date with my girlfriend made it one of the best nights ever, and the fact that she digs the car is icing on the cake.”

Calvin is living proof that car guys are gonna do car stuff whether the platform is domestic-based or is an import brand. The common denominator is performance and the need for speed. Calvin’s wondering curiosity of LS power got the best of him and he’s not looked back since. 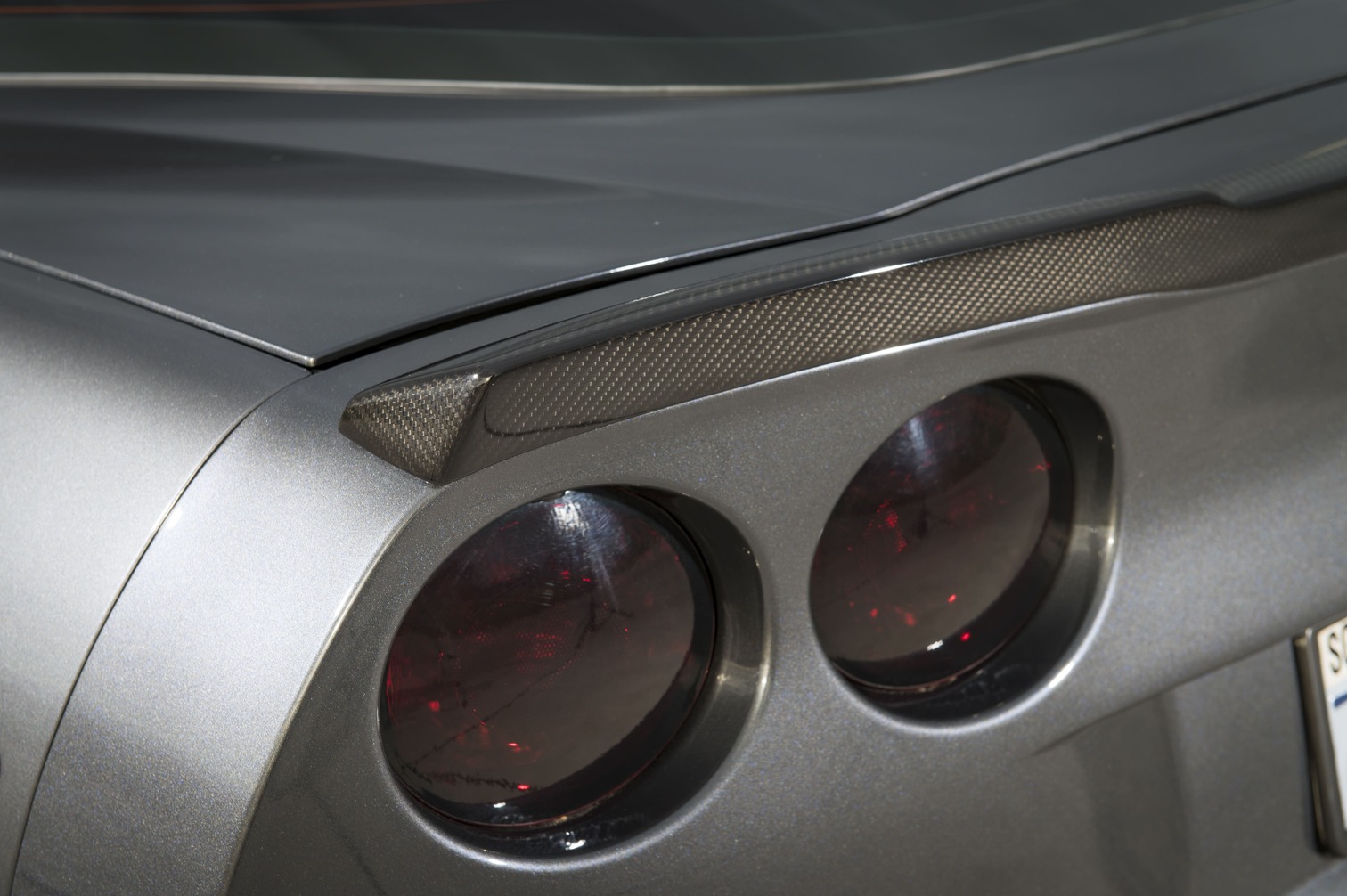 Not alone in the journey, Calvin would like to thank the folks at Don Hardy Race Cars for their guidance on the build, RPM Motorsports for providing a lot of parts, and his girl for supporting him the whole way.

The next round of upgrades for Calvin’s C6 isn’t quite clear, but we do know going faster is a given. 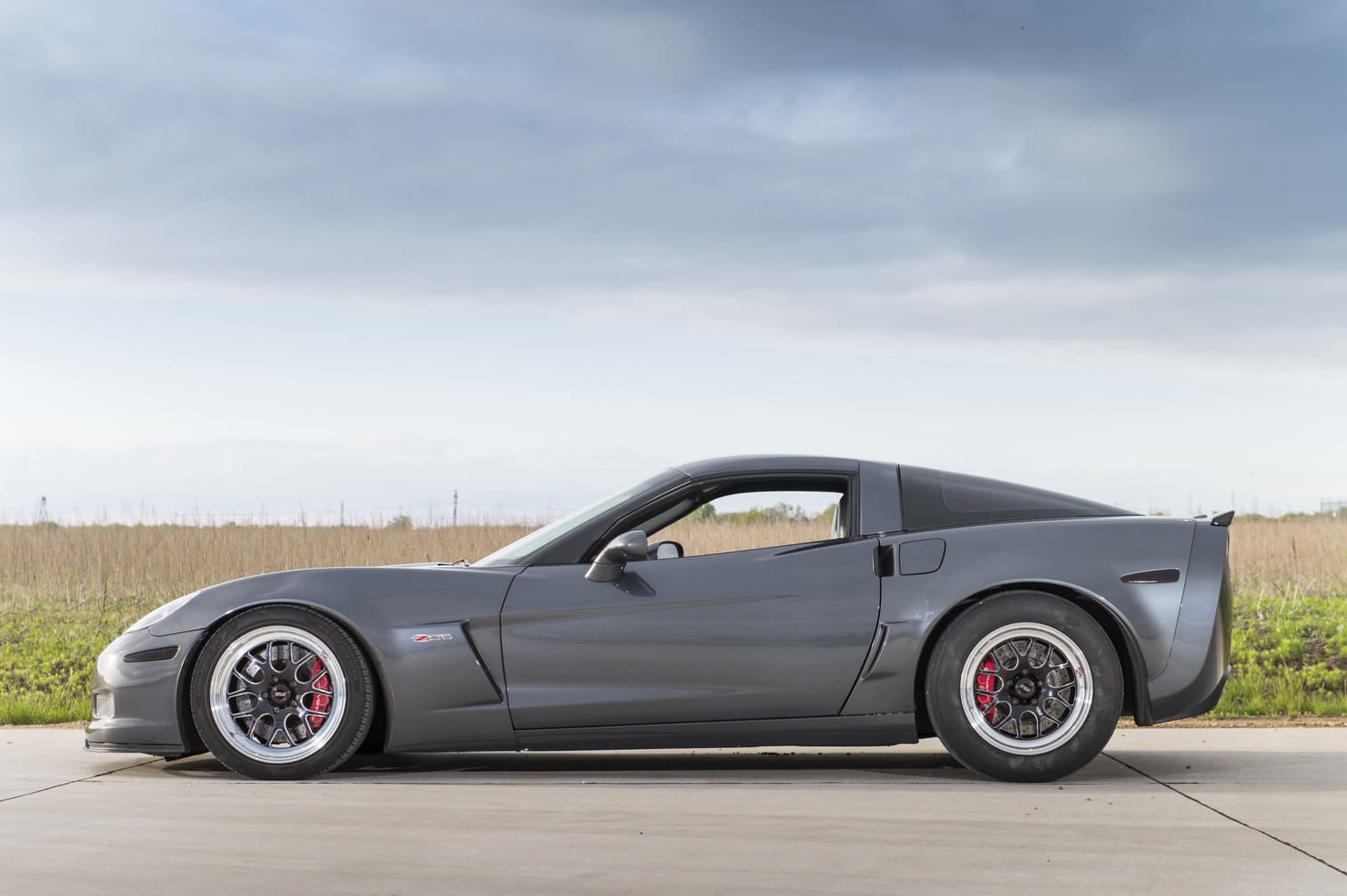