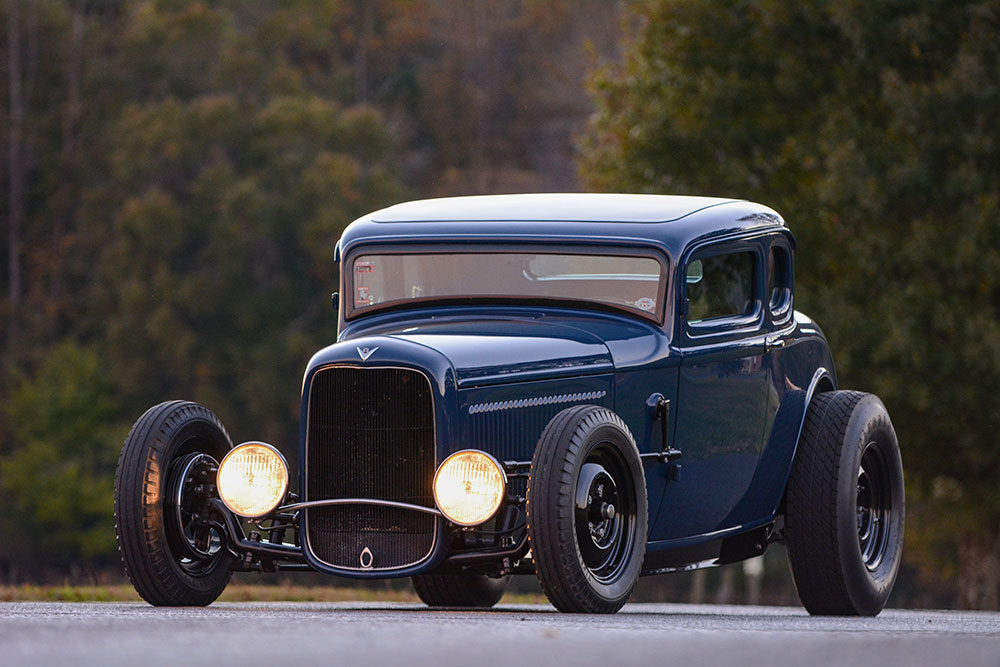 By Tommy Lee Byrd – Photography By the Author

Going back to the earliest days of hot rodding, skilled craftsmen were learning new techniques to make their vehicles long, low, and fast. Sometimes those techniques needed some refining, but hot rodders are still replicating those tricks of the trade more than 60 years later. The 1932 Ford Coupe on these pages is an excellent example of a race-inspired hot rod with a mixture of ’50s and ’60s components. But the car’s most impactful features are not based on componentry—it’s all about attitude and that’s not something that can be bought and simply bolted on. Mike Barillaro is responsible for the vision and execution of this build, exemplifying the true spirit of hot rodders from back in the day. 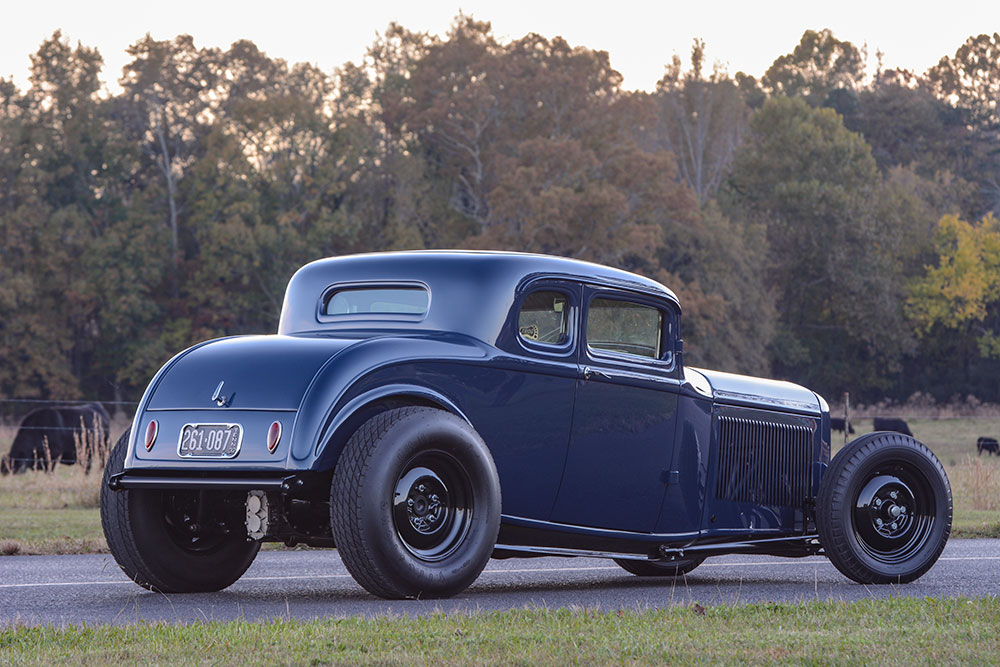 Mike is quite a bit younger than the average hot rodder, but he comes by his obsession honest. He is the son of Jim Barillaro, a drag racer and speed shop owner from Connecticut, so he grew up surrounded by things like the Jack Chrisman Comet, nitro-burning Cammer 427 engines, and endless speed parts. Mike and his brother, Jim, own and operate Barillaro Speed Emporium, a hot rod shop in Knoxville, Tennessee, that focuses on metal fabrication. Mike found that running the business left little time for personal projects, and one project kept getting pushed to the back burner.

To get a full scope of the story behind this traditionally styled coupe, you must first understand that the Barillaro brothers were enjoying this hot rod long before it was on the road. It is a car that has been in the family for as long as Mike can remember. The remains of an old drag car, this chopped coupe was the subject of countless notebook sketches, daydreams, and conversations. He and his brother played in the old body when they were kids and the two of them lowered it down out of the loft of their father’s barn in the ’90s. They still laugh about that eventful day. Around the time Mike turned 19 he bought the body and two frame rails from his father, paying him back the original purchase price of $1,600. It was time to turn his vision of the ultimate hot rod into reality, but it wouldn’t be a quick process. It would, however, be one of his most rewarding projects, thanks the help of his brother Jim, as well as a good friend Mike Whitney, and the support of his wife, Lindi. Here’s how it all came together. 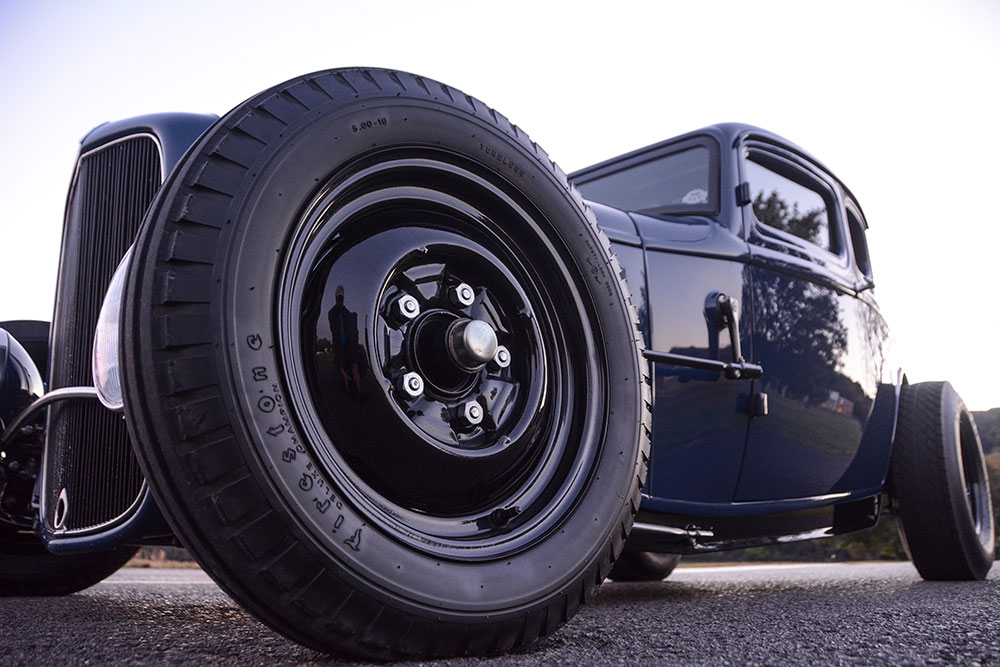 The car’s unmistakable stance is the product of a highly modified chassis. It started with a pair of 32 Deuce Coupe frame rails from Just-A-Hobby, and then Mike made a few changes to accommodate the stance that he envisioned. First, he boxed the ’rails for strength, then he pinched the front and made a higher kick-up in the rear. He also built his own crossmembers and used Pete and Jakes quarter-elliptical springs on the front and rear. This custom suspension allowed him to move the front axle forward to extend the wheelbase to his liking. The low-slung chassis is accompanied by a Super Bell 4-inch drop axle, held in place with 1940 Ford split wishbones. Out back, the Winters quick-change rear end measures 57 inches wide. Braking power comes from a Pete & Jakes master cylinder, feeding 1940 Ford front drums and 9-inch rear drums. Rolling stock comes in the form of Coker’s Firestone Dirt Track tires, sized at 5.00-16 and 8.90-16, providing 5 inches of rubber rake to enhance the already-radical stance. The black steel wheels add to the coupe’s race-inspired attitude. The fronts are original Ford 16s, while the Wheelsmith rears come in at 16×7. 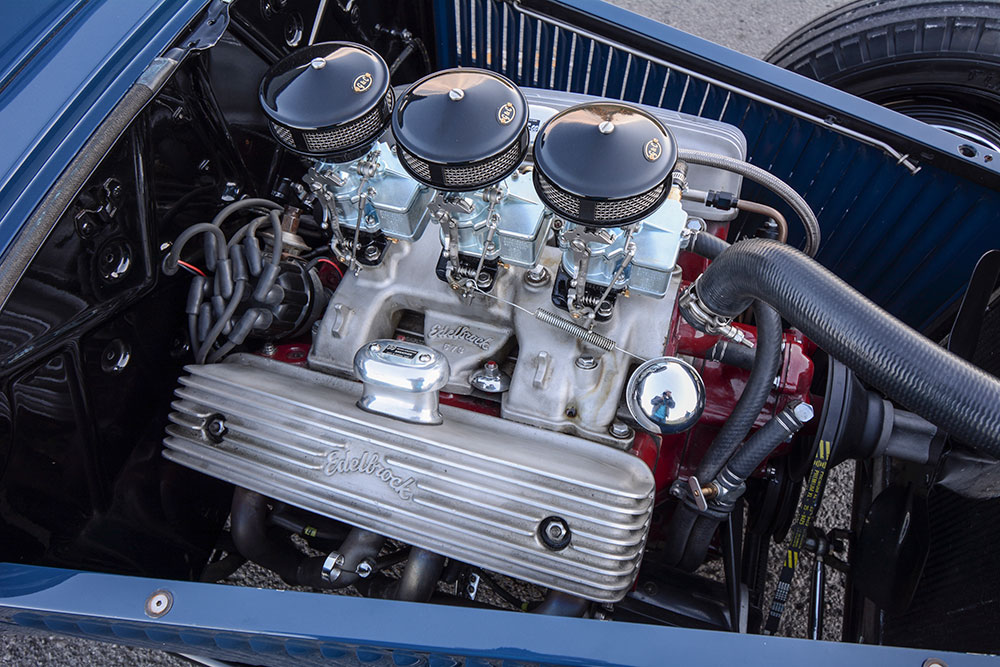 Continuing to hammer out the details, Mike moved onto the body, which had been chopped decades prior. He cleaned up the 4-inch chop and filled the roof with a custom insert and wedge channeled the body for another enhancement of the wild profile. The top of the cowl had been cut out for stack fuel injection in the car’s previous life, so Mike replaced the cowl panel and then fabricated a 3-inch-longer hood to accommodate the stretched wheelbase. He cut 2 inches out of the grille shell, giving the car a proper profile from all angles. The raised wheel wells look quite natural; Mike flared the edges like a roadster body. After wrapping up the body modifications, he finished the bodywork and painted it using Limco single-stage paint in 1940 Ford Washington Blue.

Mike handled the fabrication of the floorpans, transmission tunnel, and seat, while also tackling the stitchwork on the brown leather upholstery. A Shaw four-spoke steering wheel provides the race-inspired feel, and it’s attached to a Schroeder steering gearbox under the dash. Stewart-Warner gauges in an engine-turned insert offer the timeless hot rod look. 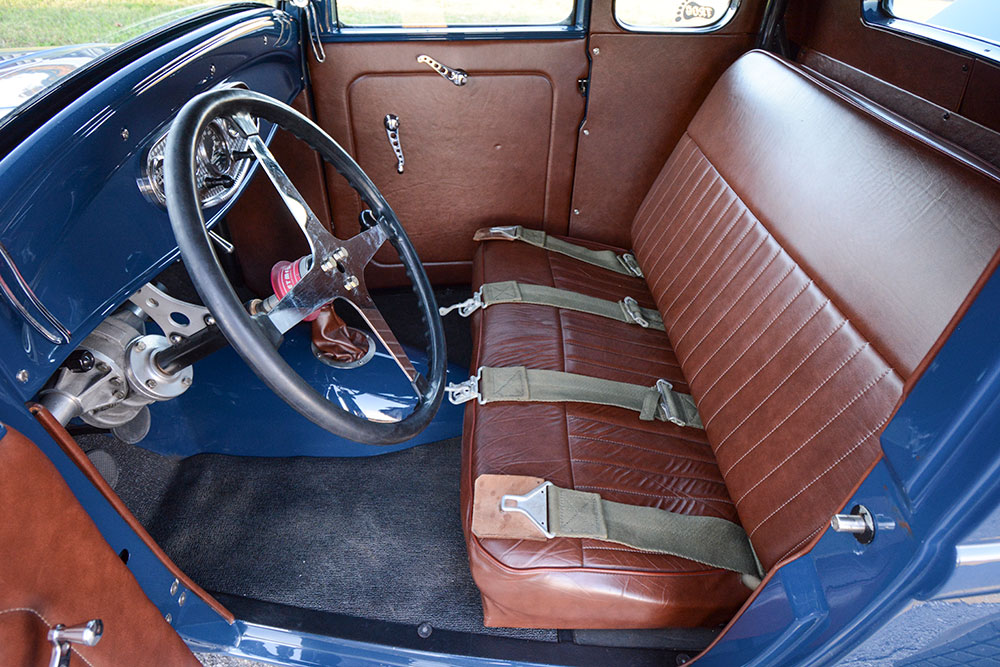 Horsepower comes from a traditionally dressed 312ci Ford Y-block. Mike built the short-block, using the original crankshaft and connecting rods, but upgraded to a set of Jahns pistons to bump the compression up to a 10:1 ratio. The ECZ-G cylinder heads are equipped with vintage Thomas magnesium rocker arms. An old-school mystery camshaft offers the right performance in combination with the Edelbrock 573 intake manifold and a trio of Stromberg 97 carburetors. Finned aluminum Edelbrock valve covers with Moon breathers finish off the vintage look, along with black stair-stepped Grace & Company air cleaners. Mike built the stainless steel Tri-Y headers and 2-1/4-inch exhaust system that features MagnaFlow mufflers. Behind the Y-block is a TREMEC 5-speed manual transmission, giving Mike an overdrive gear on the highway, while being able to retain the peppy 4.11:1 gear set out back.

Read More: The Magic of Magneto Ignition for Modern EFI 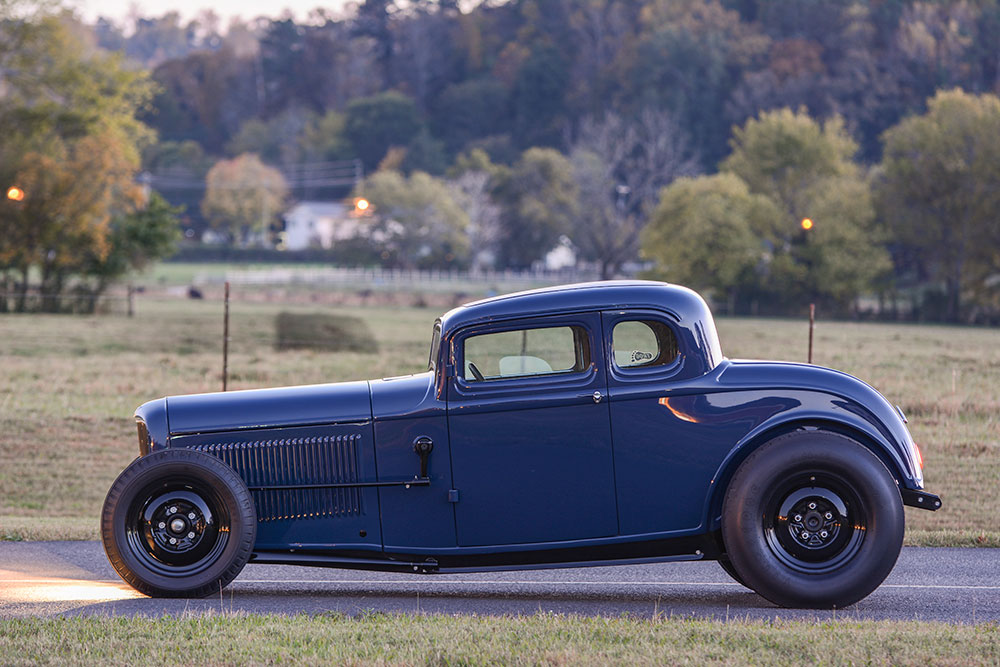 With a lifetime of memories in and around this car, Mike was finally able to get it roadworthy a few years ago. Then, he blew it apart to paint it and he hasn’t slowed down since. The car officially reached completion in 2019 and has racked up more than 8,000 miles since then. Mike says his future includes driving it even more and making sure his two boys get plenty of seat time with him. This carefully crafted hot rod is certainly a member of the Barillaro family, and continues to turn heads wherever it goes, thanks to its aggressive profile, killer attitude, and Mike’s willingness to get out there and drive. MR