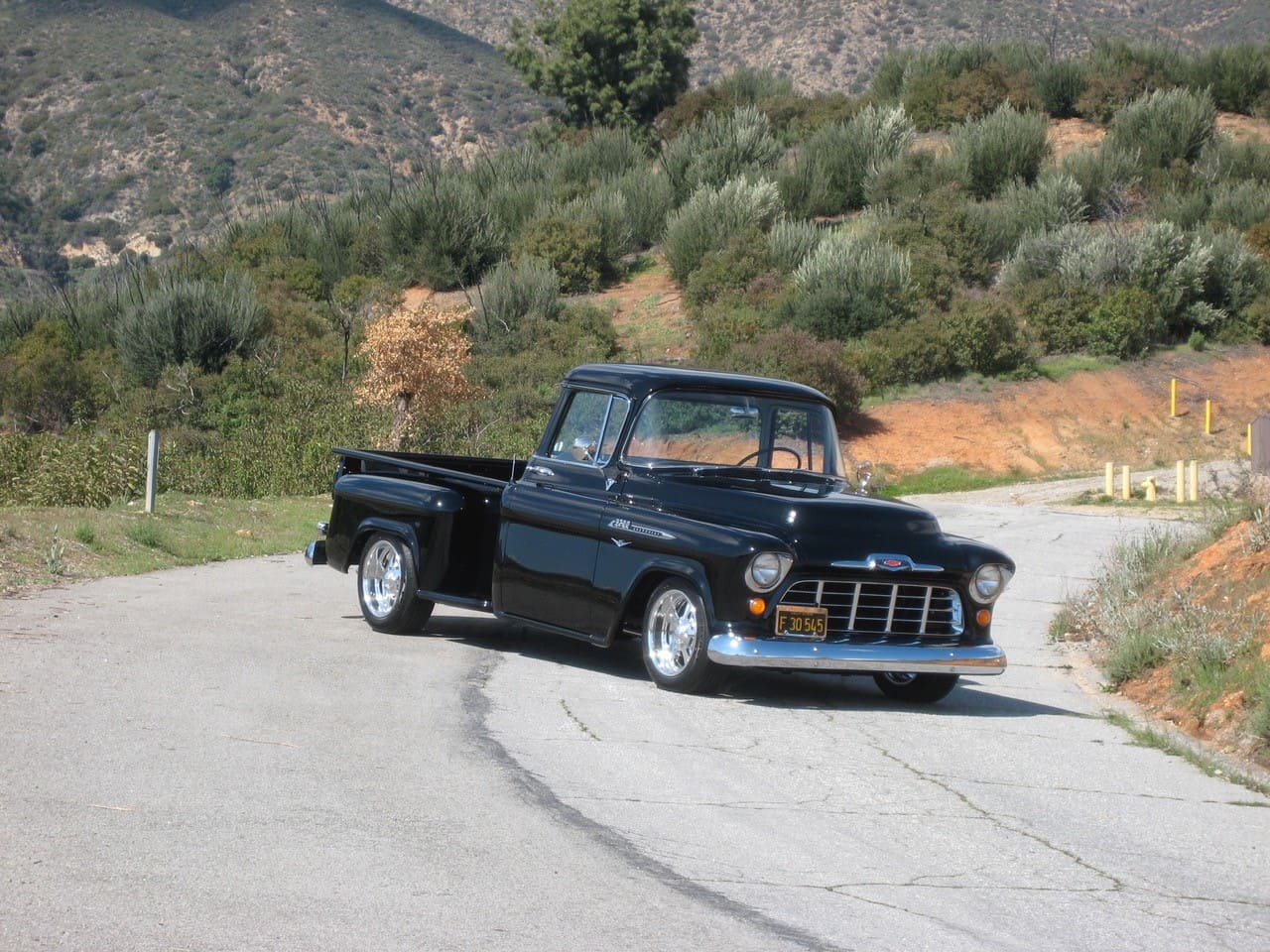 “All in the family” is not only the name of a famous syndicated TV sitcom, it’s a saying that applies to many of us when it comes heirlooms such as—you got it—classic trucks. Such is the case with Fred Steiner, Jr., whose beautifully resto-modded 1956 Chevy 3200 (yes, she’s a long one!) you see pictured here.

Back in 1956, Fred Steiner, Sr. purchased new-off-the-lot Chevrolet’s second-year offering of their new Task Force line of 3000-series pickups. His big-window’d stepside 3200 longbed  (say that five times fast!) was initially acquired to serve as his daily driver to and from his job as a plumber, but by the early 1960s became the family RV, which is where Fred Jr.’s fond memories really begin. The elder Steiner eventually built a camper shell for the truck and, along with a loaner trailer, took the family on a four-month family vacation one summer.  Some time after, the Chevy was sold to another family member, but managed to make its way back, where Fred Jr. was given the opportunity to purchase it for himself—which of course he didn’t hesitate one bit in doing. Now, the story doesn’t end there, however.

Having sat dormant for lengthy period of time, Fred Jr. had quite the task of bringing the truck back to it’s former family glory. But rather than simply restoring it, he decided to take it to the next level and add a plethora of modern touches to it: new 283ci small-block courtesy Taylor Engines (with the original three-speed manual still in tow); Heidt’s Superide IFS; 17-inch Budniks; body and paint by Doug Shelp; leather interior by Elegance Auto Interiors; and a fresh new oak bed wood kit. Today, while it’s “all in the family”, the Steiner Stepside new serves duty as a show-winning comfort cruiser!