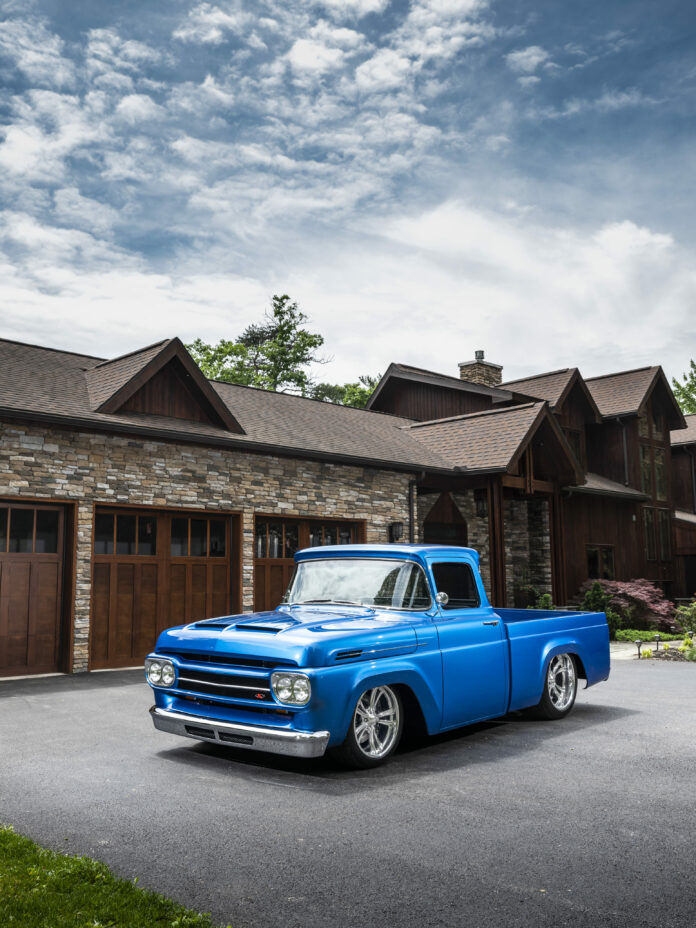 “I wanted a bad-ass pickup that no one else had … to build something unique!”

No offense to owner Dan Bouchard, or builder Ryan Korek for that matter, but that sentiment, while having the best of intentions and all, is easier said than done—in most cases. But in this case, however, it seems seeing is believing, and believe me, this is one bad-ass F-100! 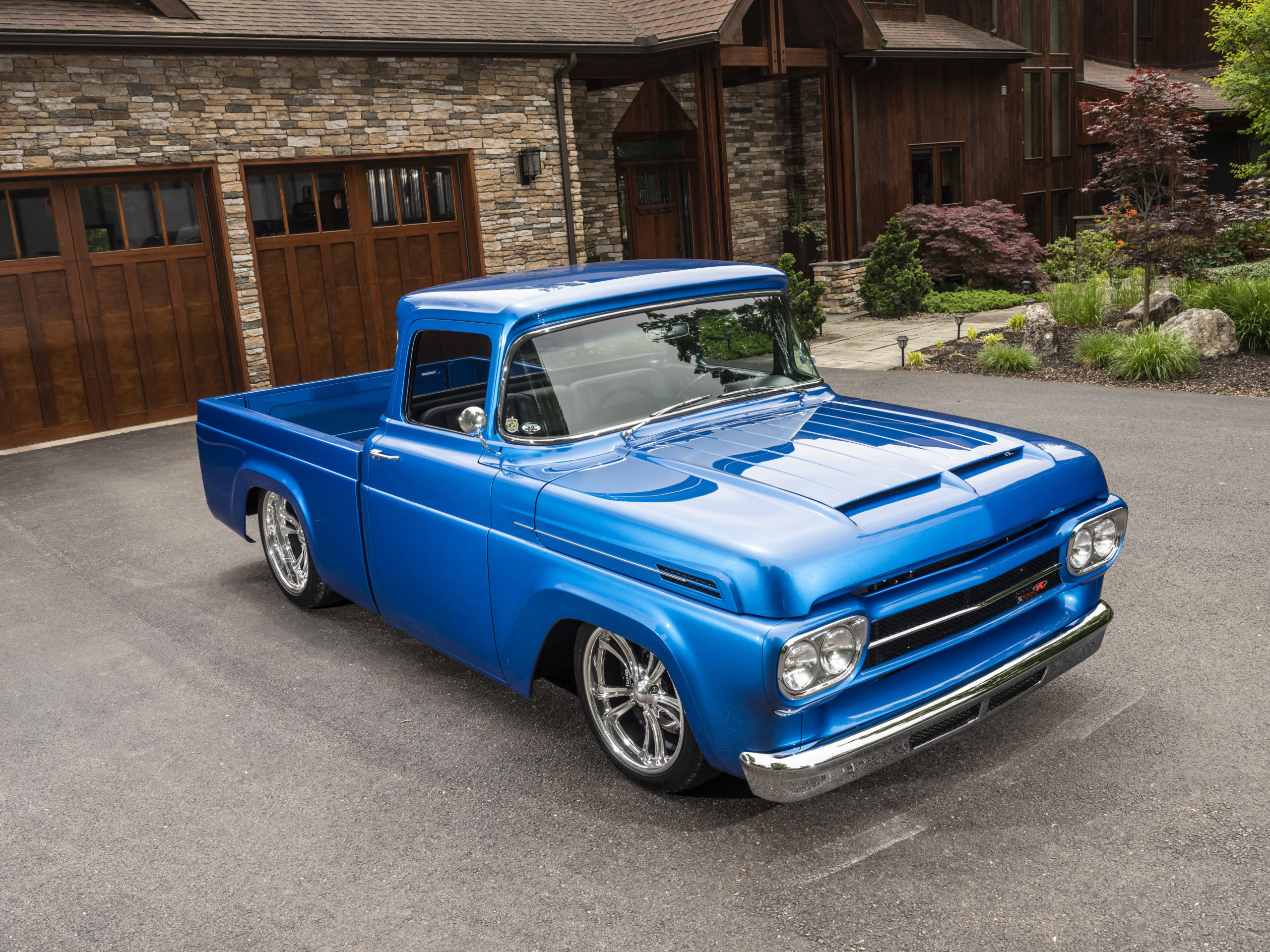 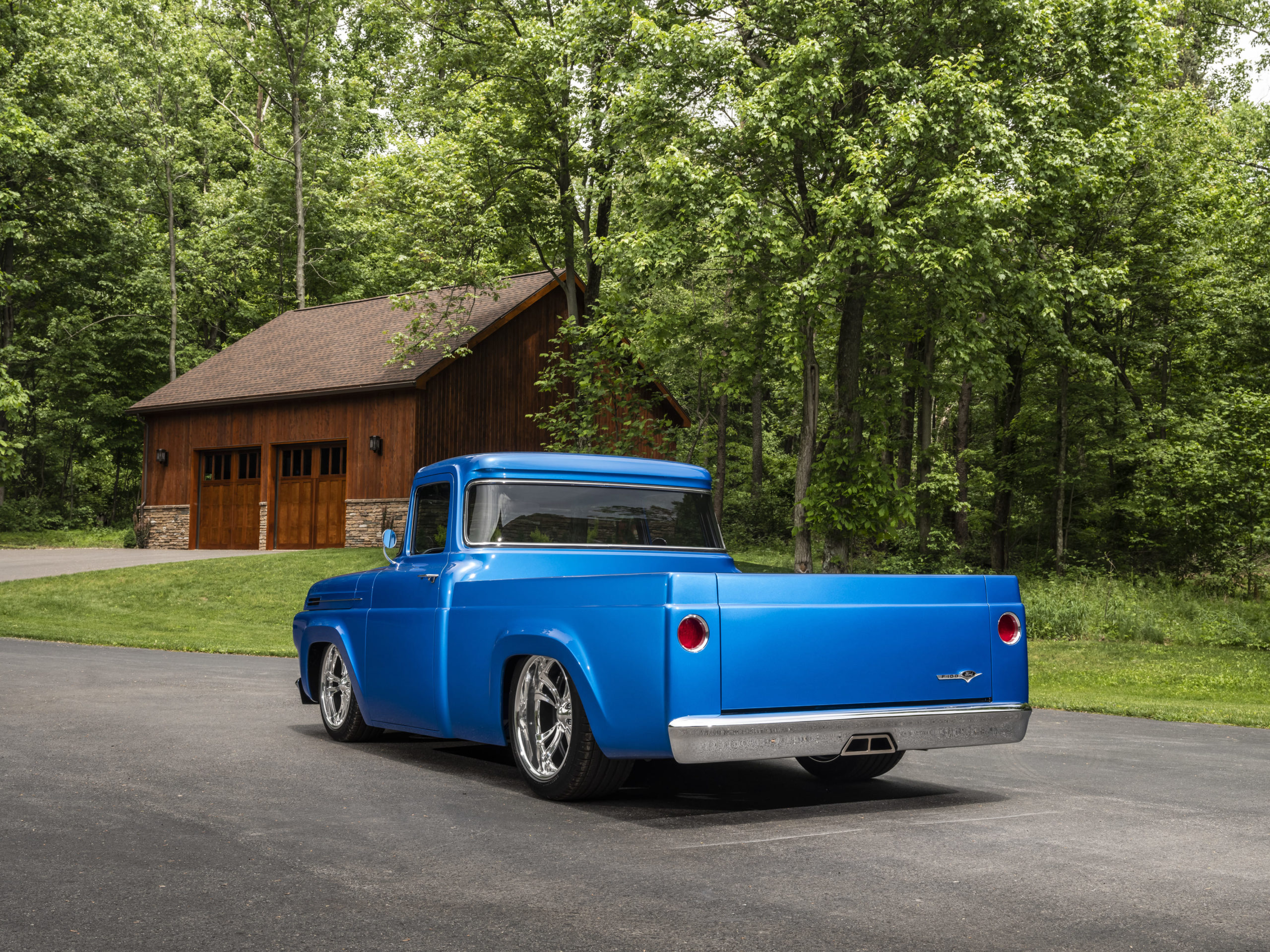 This unique 1958 Ford—nicknamed “Carlos” by its owner—started its new life as a cutting-edge hauler on the drawing board of Eric Brockmeyer before Ryan Korek and his Korek Designs crew in New Berlin, PA, began taking concept to reality with the F-100. Art Morrison Enterprises handled the initial platform by constructing a custom 2×6 boxed-‘rail chassis complete with their proprietary GT Sport IFS, coil-over four-linked Strange 9-inch rear, and beefy-diameter Wilwood binders—the latter of which are now neatly tucked behind Mike Curtis-milled Curtis Speed “twin” five-spokes with 35/40-series Continental Pro Extreme radials. Vintage Motorsports took on the task of repurposing a late-model F-150 Coyote 5.0L and 6R80 six-speed overdrive for the cause—with its Aeromotive-fed, Whipple-supercharged induction producing somewhere in the neighborhood of 700hp! 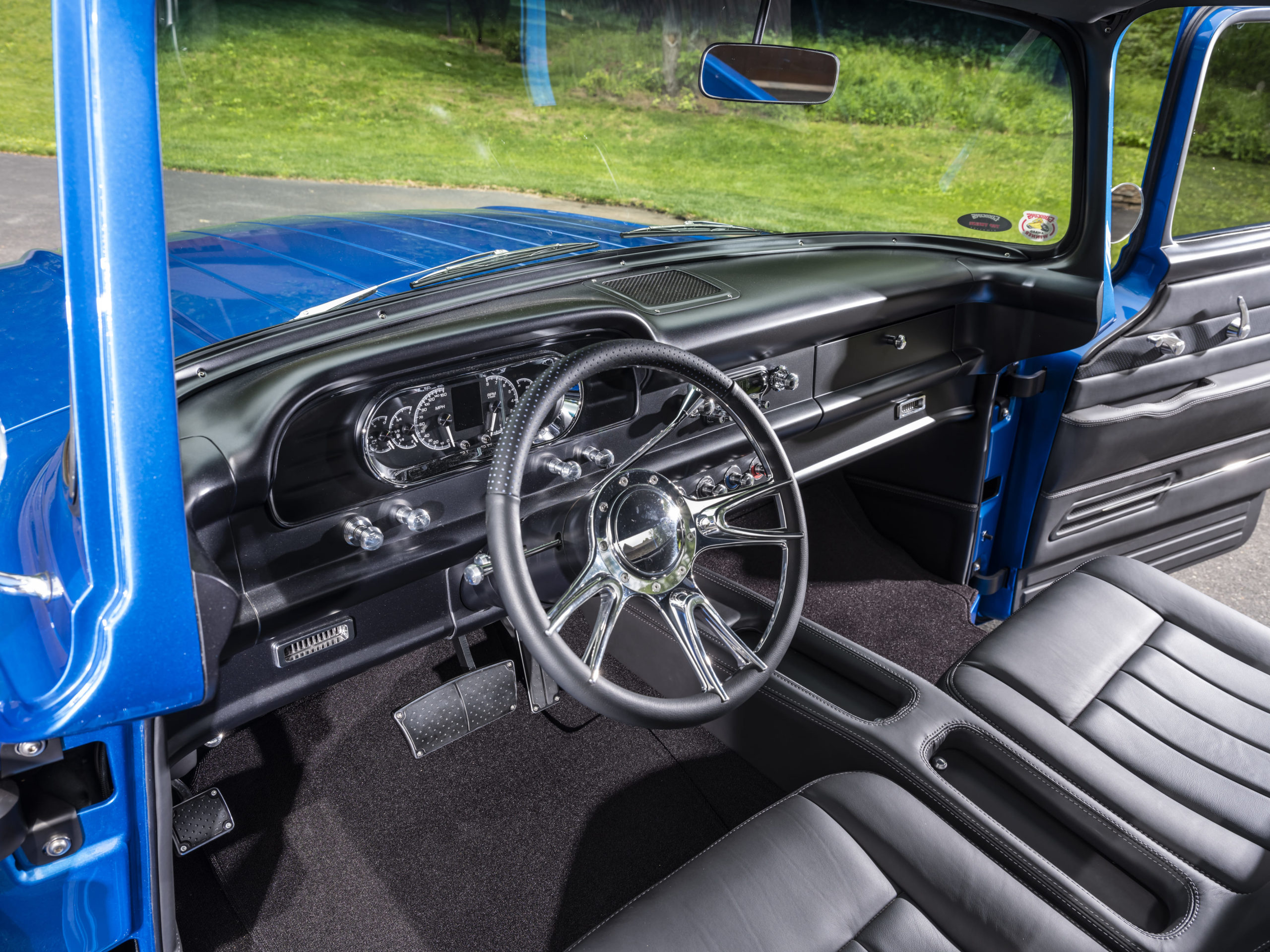 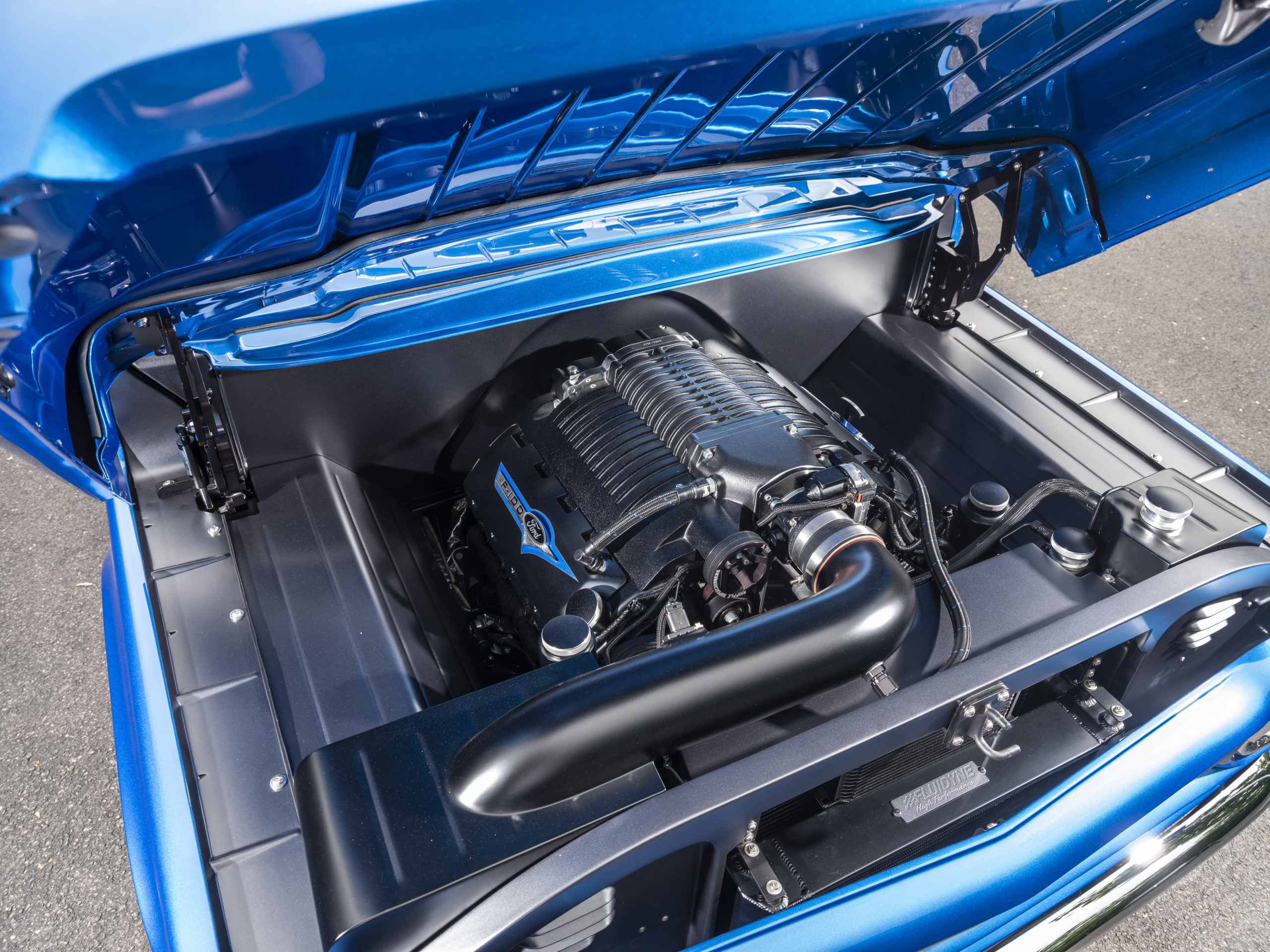 Above the top-shelf underlying components you see the resulting three-years of hard work on behalf of Korek Designs. As Dan describes it, “Each and every body panel was masseged/modified in one form or another.” From the hood, with its added scoops and extended character lines flowing into the filled cowl, to the clever integration of 1970 BMW 2002Ti door handles and custom-made tailgate latch and hinges, the custom grille to the roll-panned rocker panels and shaved drip rails—he’s not exaggerating! Ryan Korek himself applied the PPG EnviroBase (ozone-friendly!) custom-mixed Blue Ice metallic, while Advance Plating handled the chrome accordingly and Billet Badges created the one-off F-100 emblems. The bed now features an abbreviated custom white oak tongue-and-groove wood floor flanked by hand-made wheel tubs accommodating the 20×11 wheels with those meaty 315s. 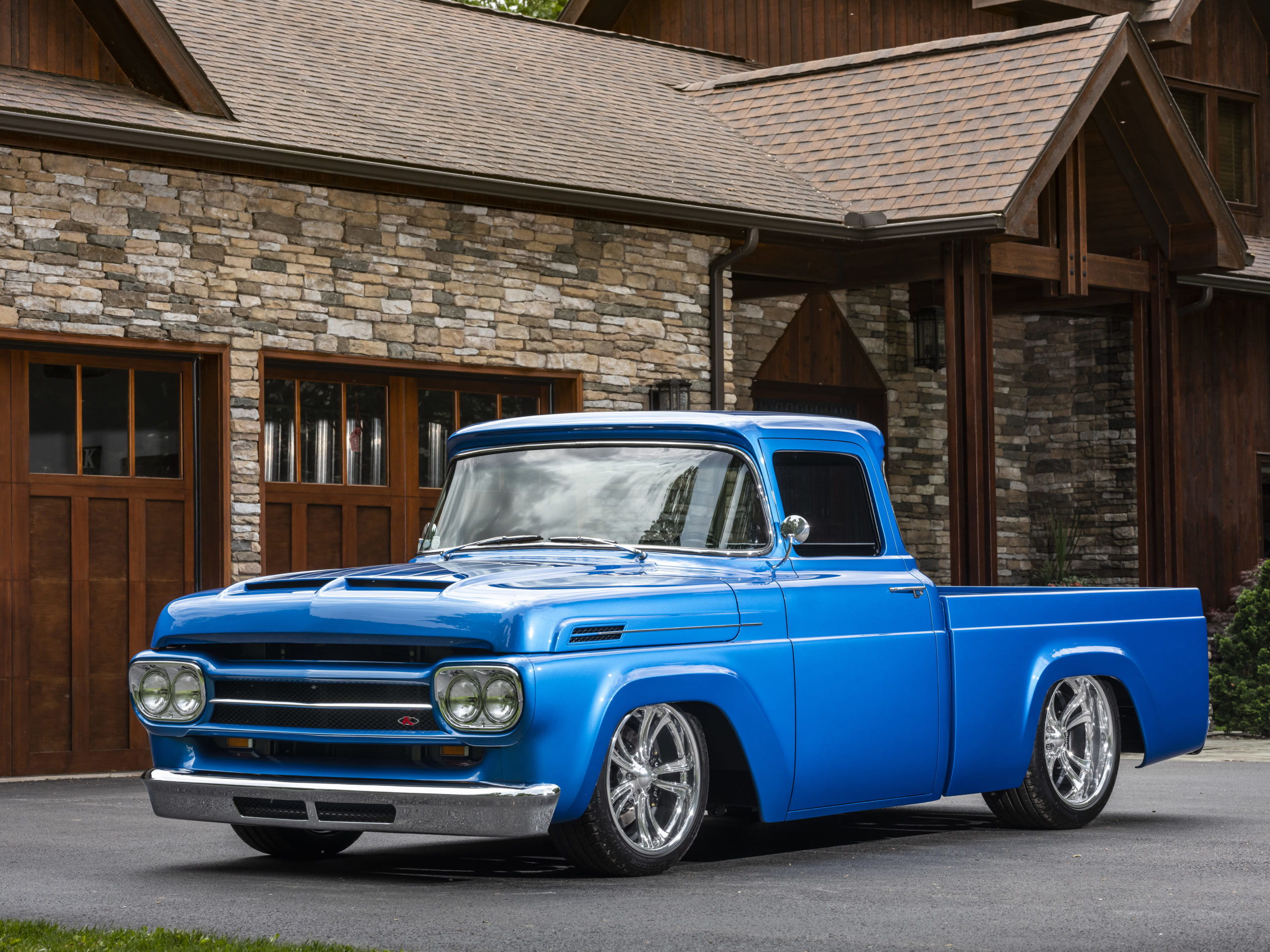 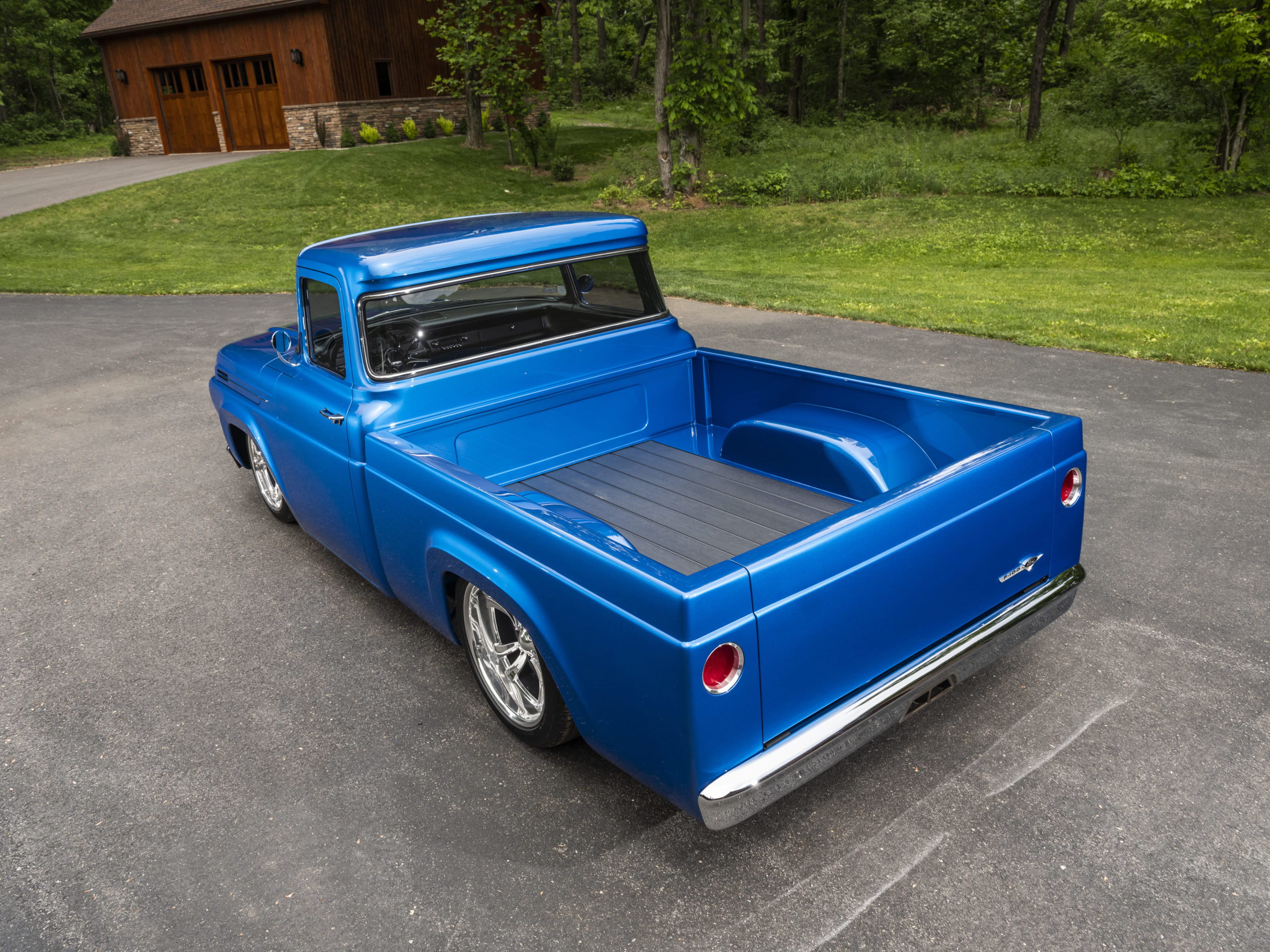 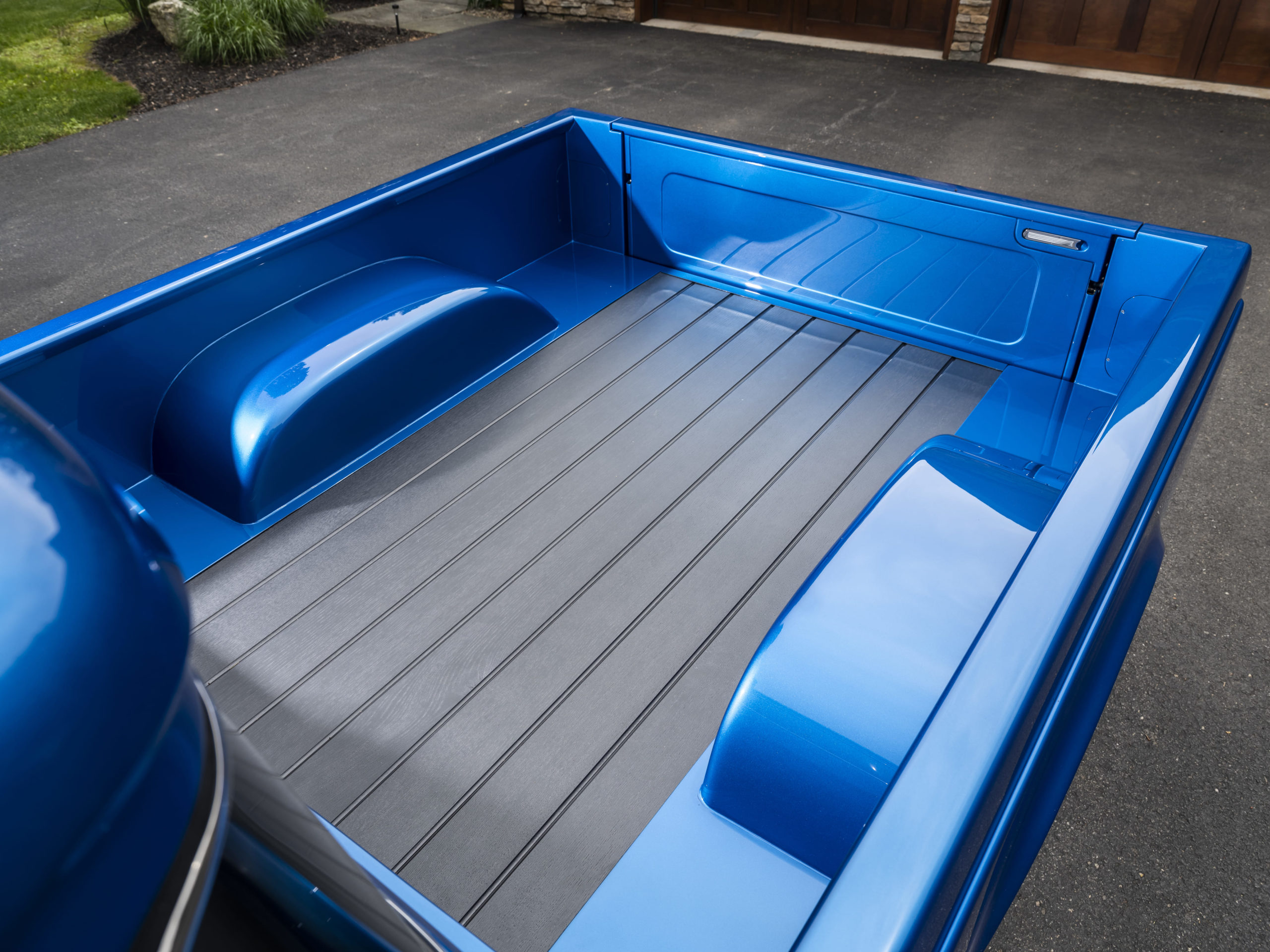 After the cab’s base interior (dash, floor, etc.) was finished up at Korek, John Miller Interiors took on the final major phase of Carlos’ construction. Using Relicate Leather, the upholstery was done in a perfect contemporary style, with Snowden bucket seats, one-piece hardform headliner, and custom center console. An ididit tilt column—equipped with a Billet Specialties wheel—replaces the old three-on-the-tree, while a Dakota Digital cluster does the same for the old mechanical gauges and stock insert, and Vintage Air added in the absence of original A/C altogether! 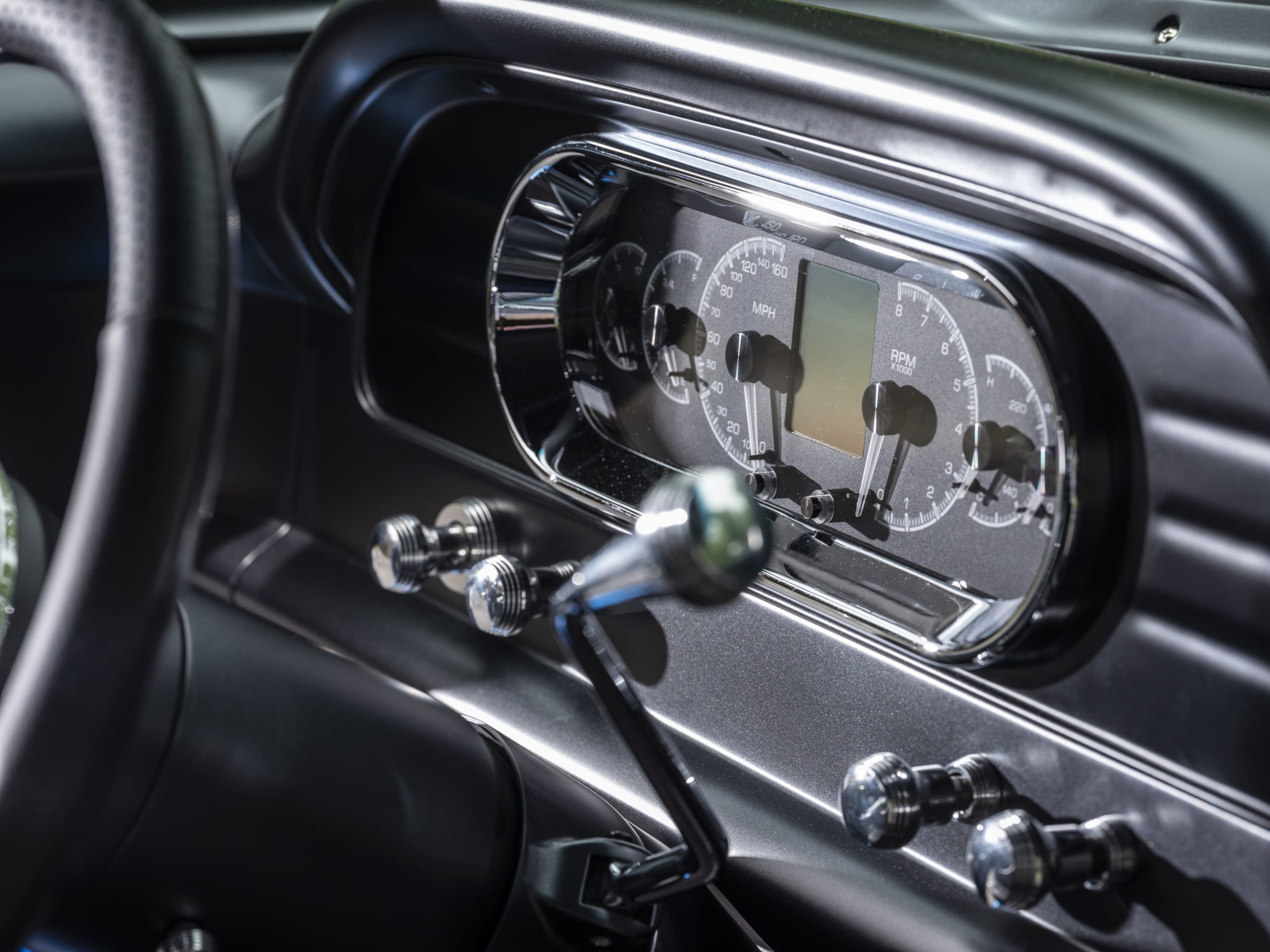 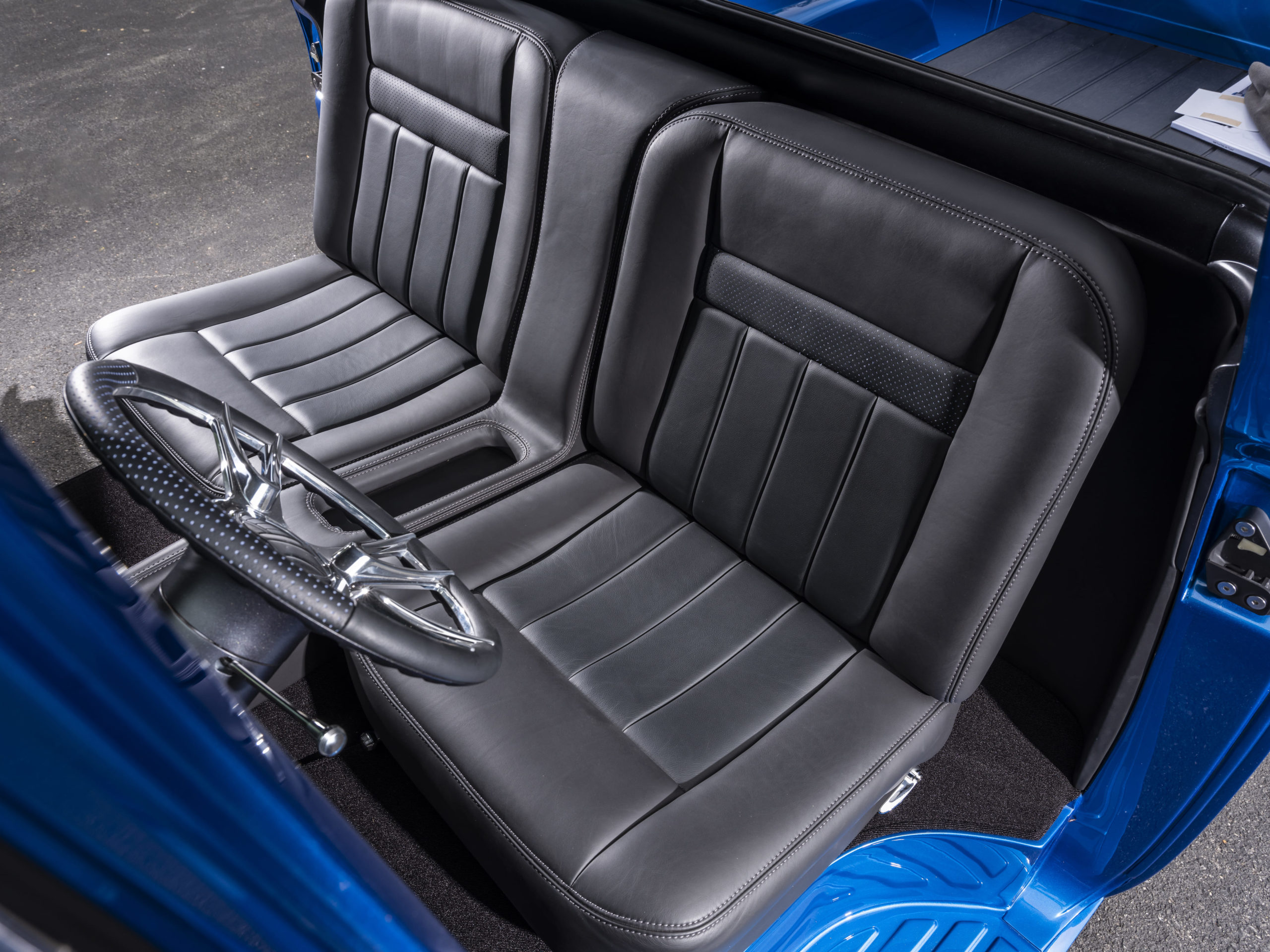 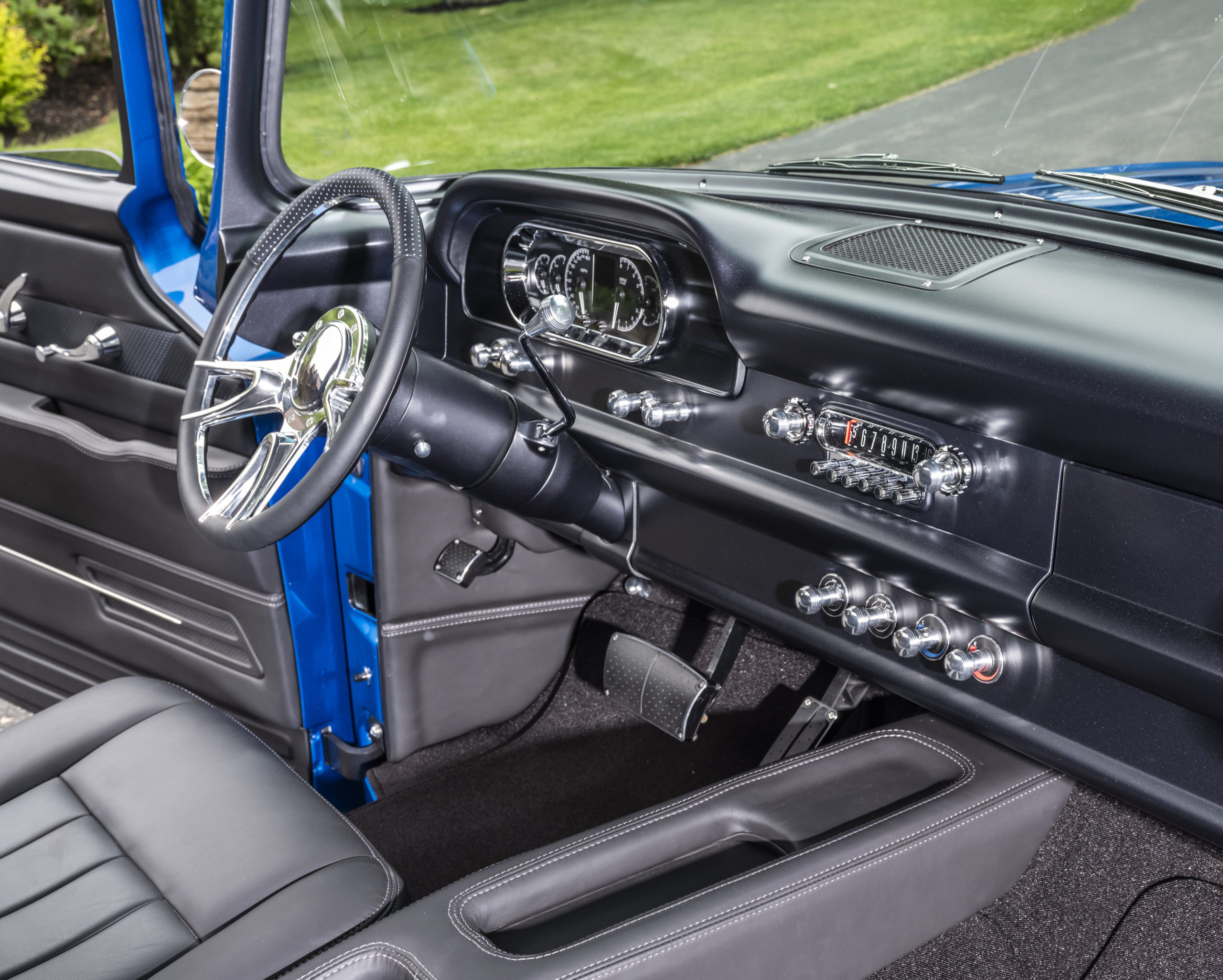 For their efforts—everyone involved—Carlos was honored with the 2019 Goodguys Truck of the Year Early, a title it just may end up wearing till 2021 by the looks of the 2020 summer event season so far! Congrats to all!