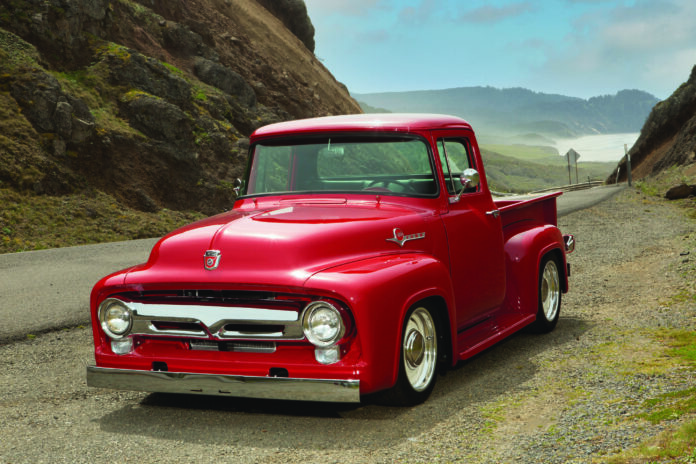 By Chadly Johnson – Photography by the Author

People love talking about their classic trucks at car shows, gas stations, the grocery story … you name it. Oftentimes, if you enquire about them, you can end up in a conversation longer than you’d expect. Then there are individuals who have a truck that is really special but they’d rather just answer a compliment from an admirer with a simple “thanks.” Dan Youngblood is one such individual. Even though Dan has the equivalent of a wolf in sheep’s clothing, he’d rather keep things … low-key. 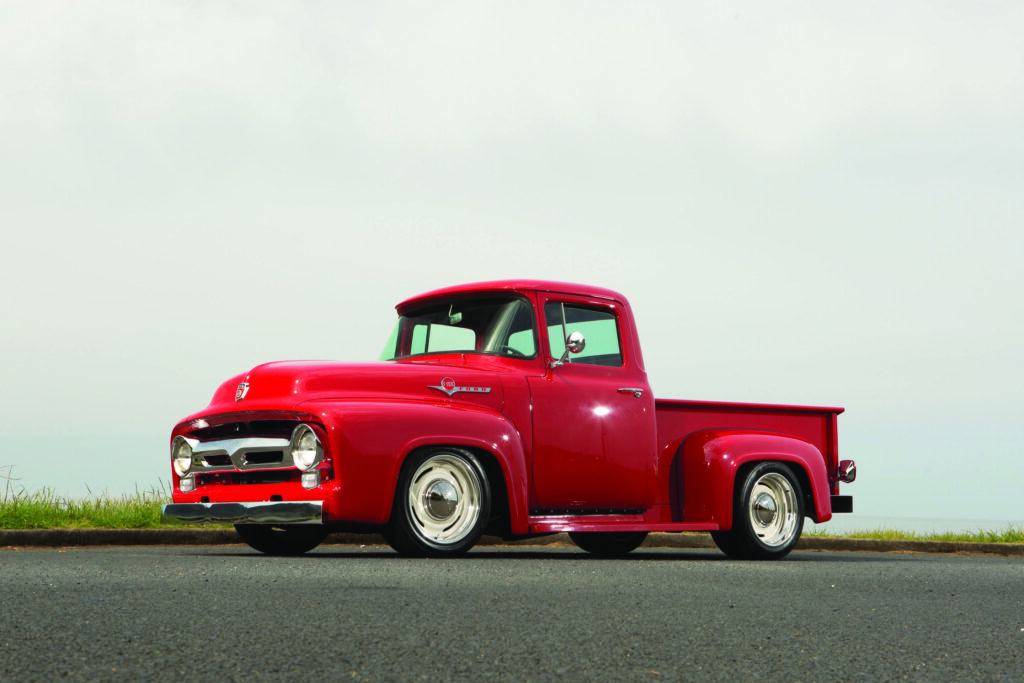 The F-100 you see before you was purchased by Dan’s father for his mother to bomb around 30 years ago. The truck was loved and enjoyed by the family for years. Dan inherited the family pickup when his parents died. When Dan got the itch to perform another truck build he considered a few different years and makes, then thought, “well, I already have the F-100, and it was Mom’s old rig.” The decision was made to put Mom’s old Ford on the road again with some performance upgrades. 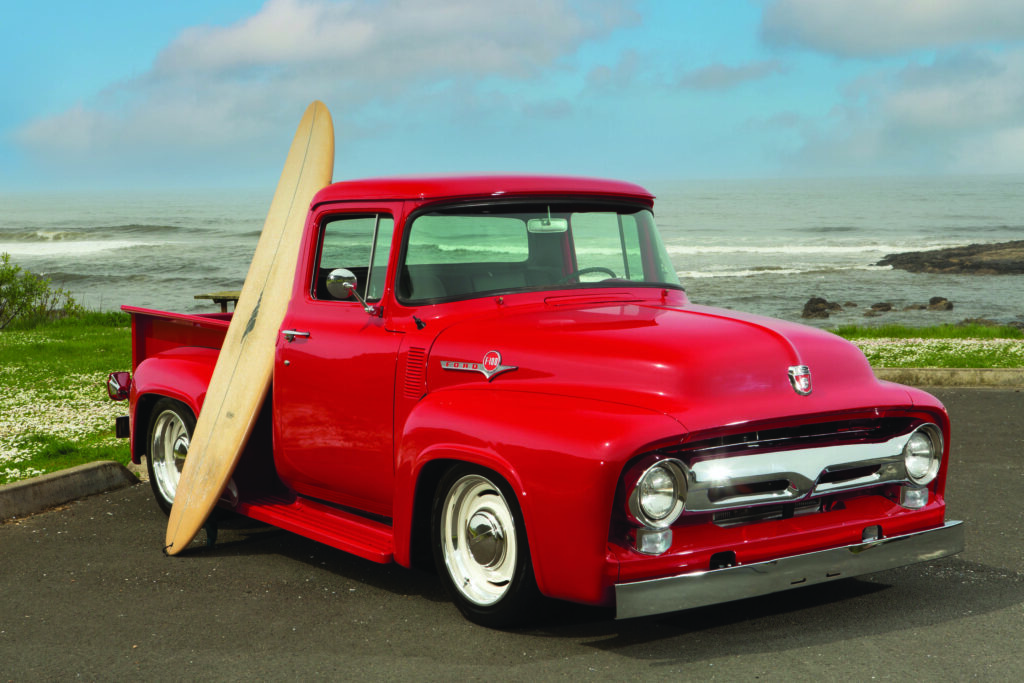 Dan did a good amount of homework on aftermarket frames and knew he wanted to run an Art Morrison Enterprises GT Sport chassis under the Ford. Upon further investigation he discovered a shop that is the authority on Art Morrison chassis, so he reached out to MetalWorks Classic Auto Restoration in Eugene, Oregon. After a simple phone call with the team at MetalWorks, Dan had a painted, assembled, and powered chassis on order. The powerplant in the powered chassis came in the format of a GM Performance 495hp LS3 crate engine backed by a 4L70E transmission. Dan has been a longtime Chevy guy and had the most confidence in the LS engine due to his personal experience with them in the past. 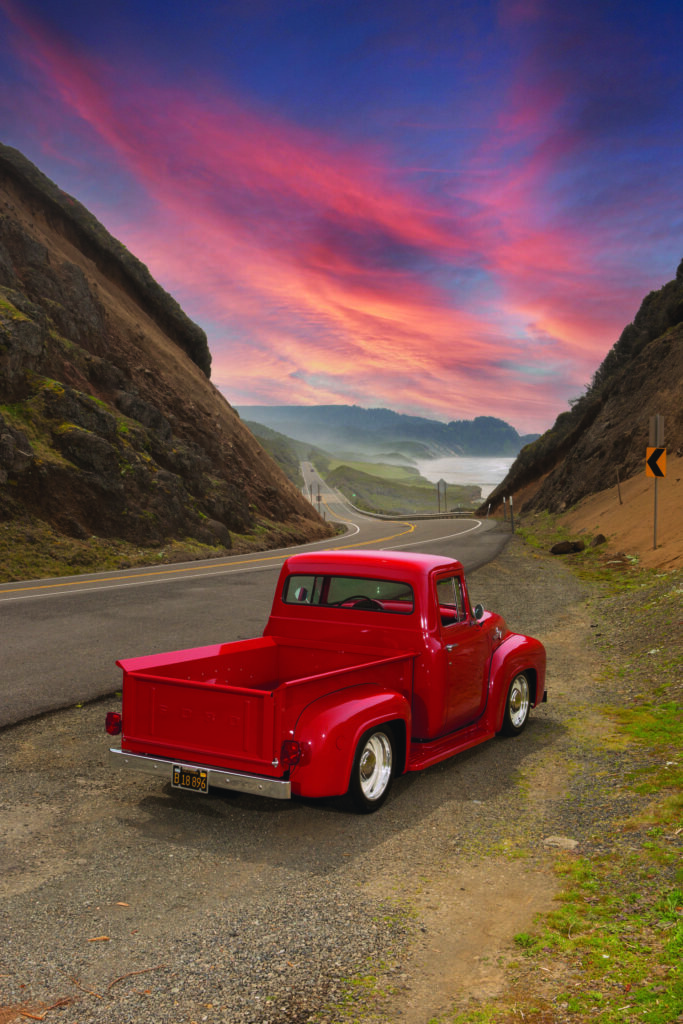 When MetalWorks finished the rolling chassis, Dan was in love with the results and excited to tear into the truck’s build. The “ready for his body” chassis came home to Dan’ shop … and after three months, it was still sitting inside his enclosed trailer. It was at that point that Dan reached back out to MetalWorks to take on the F100’s body swap as he was simply too busy to tackle it himself as he had hoped. MetalWorks is a full A-to-Z restoration shop but also specializes in body swaps as they are a nice alternative to a full build, as customers still get the same level of performance out of their vehicle without the high cost of a full cosmetic restoration. This approach to a build sounded perfect to Dan, so both the idle truck and the fresh chassis were sent back to the team at MetalWorks. 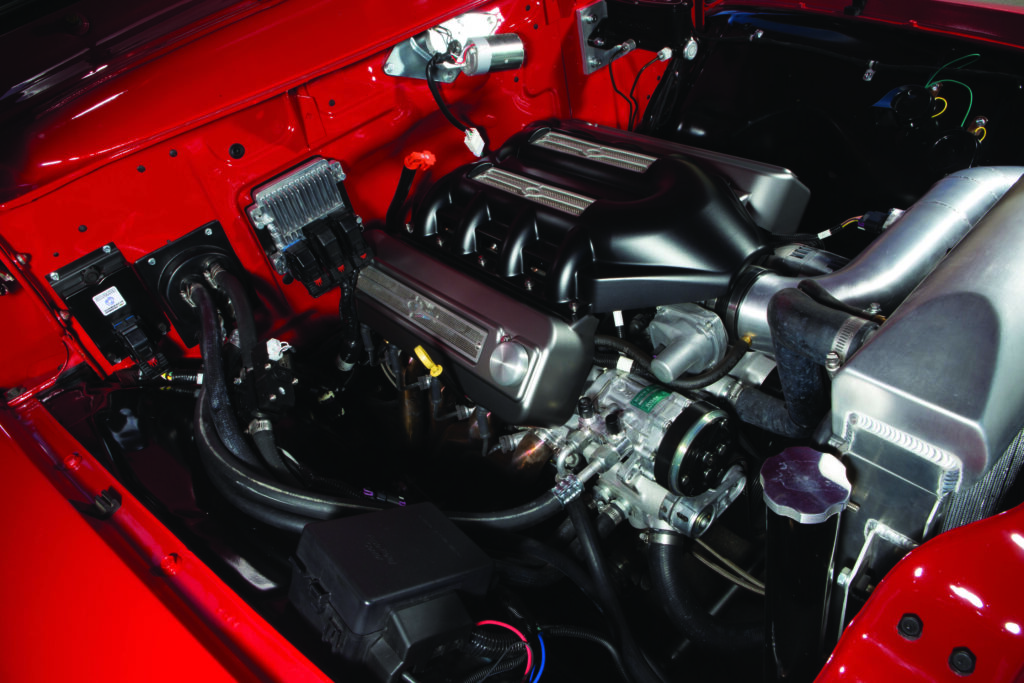 Once at the shop the crew pulled the cab and front clip off the original chassis and sent the balance of the truck back with Dan. The cab was mocked up on the new Art Morrison chassis and a new Mar-K “short” bed was ordered. The new bed was fitted with mini-tubs for wider wheels, bodyworked, and painted before joining the cab on the chassis. The truck was looking good except for one minor detail: The cab’s paint was suffering from “three shades of fade.” It was impossible to match the bed’s paint to the cab as the cab was multiple colors of red due to fading, so in the end, the cab was painted as well. Raptor undercoating was applied to the cab’s underside, keeping everything nice and clean. The firewall, dash, and interior panels still remain in the 30-plus-year-old red paint, which is pretty neat, as Dan sees the same dash as his mom when he cruises the truck. 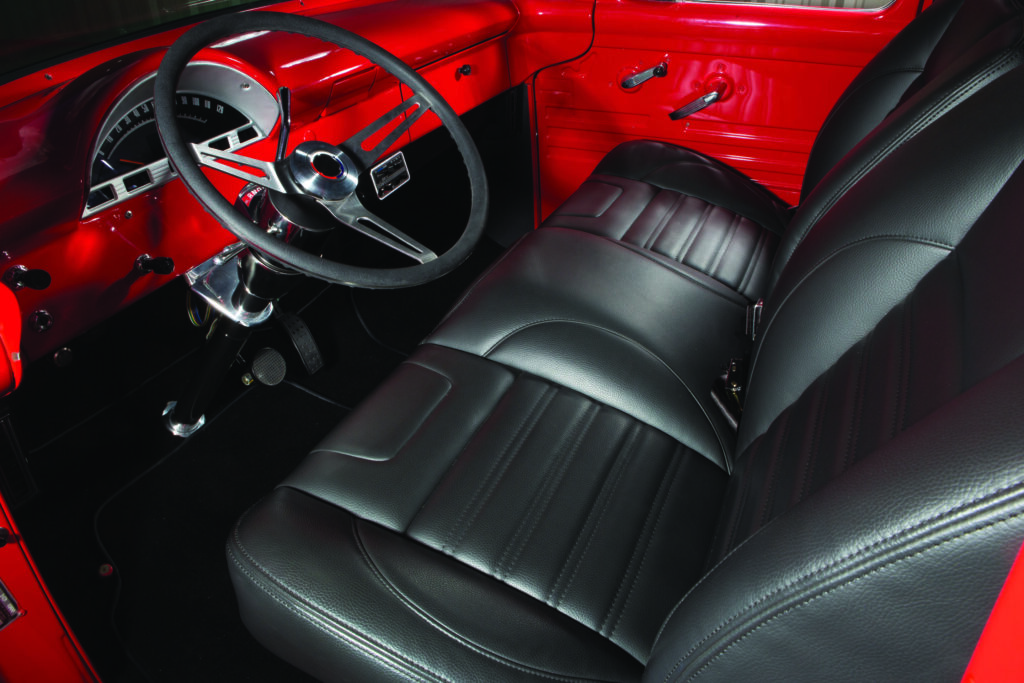 MetalWorks then tackled the assembly process with a long list of great creature comfort components, including a new wiring harness, Dakota Digital RTX gauges, Vintage Air AC, and a bench seat by TMI. Forgeline three-piece OE1 wheels pay homage to the factory steel rims and keep the truck looking simple but sharp. The larger wheel-and-tire combination also puts a lot more rubber in contact with the road for when it’s needed. Fresh bed wood and trim really make the bed pop, and a chrome grille adds a bit of bling to the front end. Overall, the truck presents itself as pretty stock in appearance but with a lowered stance. Many people compliment the truck, assuming it’s basically a stocker, and Dan likes it that way. In reality, the combination of healthy horsepower and the Art Morrison GT Sport chassis allow the 65-year-old truck to outperform the vast majority of cars on the road today. If you see the bright red Ford out cruising the coastal highways, Dan will likely be in the slow lane taking it easy, but when he slams on the loud pedal … the wolf will step out of its sheep’s clothing.