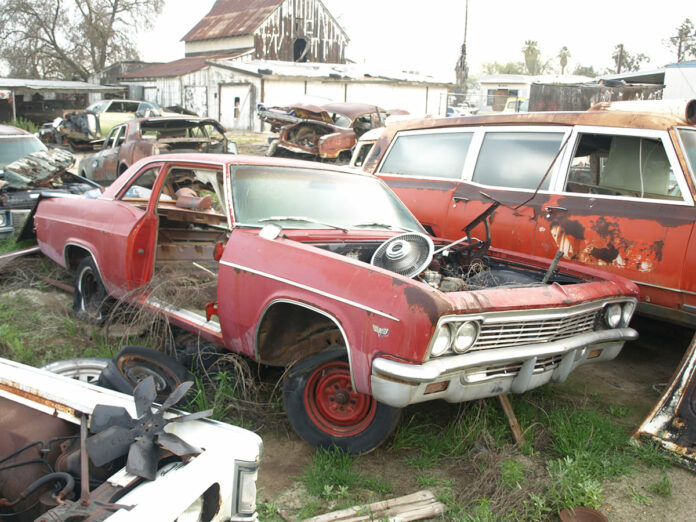 It’s no big secret that when Ed Cole and his band of mechanical geniuses designed the original ’55 Chevy small-block V-8 there was little–if any–concern given to minimizing exhaust emissions. Times were simpler and though major cities like Los Angeles experienced greenish clouds of incredibly unhealthy, noxious smog on a regular basis, little was done to address the fact that autos emit plenty of pollution.

So, in steps Uncle Sam to lend a hand with a series of increasingly stringent mandates forcing Detroit (and the imports) to clean up their respective acts. But, get this, before the U.S. government got serious in 1970 with the formation of the Environmental Protection Agency (EPA), five years before, in 1965, California led the charge with a mandate for new ’66 cars to get clean or stay out of the state. By 1967, California’s Air Resources Board was created and began its watchdog action.

In this month’s Bowtie Boneyard we’re at Turner’s Auto Salvage in Fresno, California, where a pair of ’66 Chevys exhibit some of the first emissions control equipment seen on American cars. If these items look strange to ’66 Chevy experts, it’s because they only appeared on California-bound models. The rest of the nation enjoyed less-complicated engine bays for a few more years. 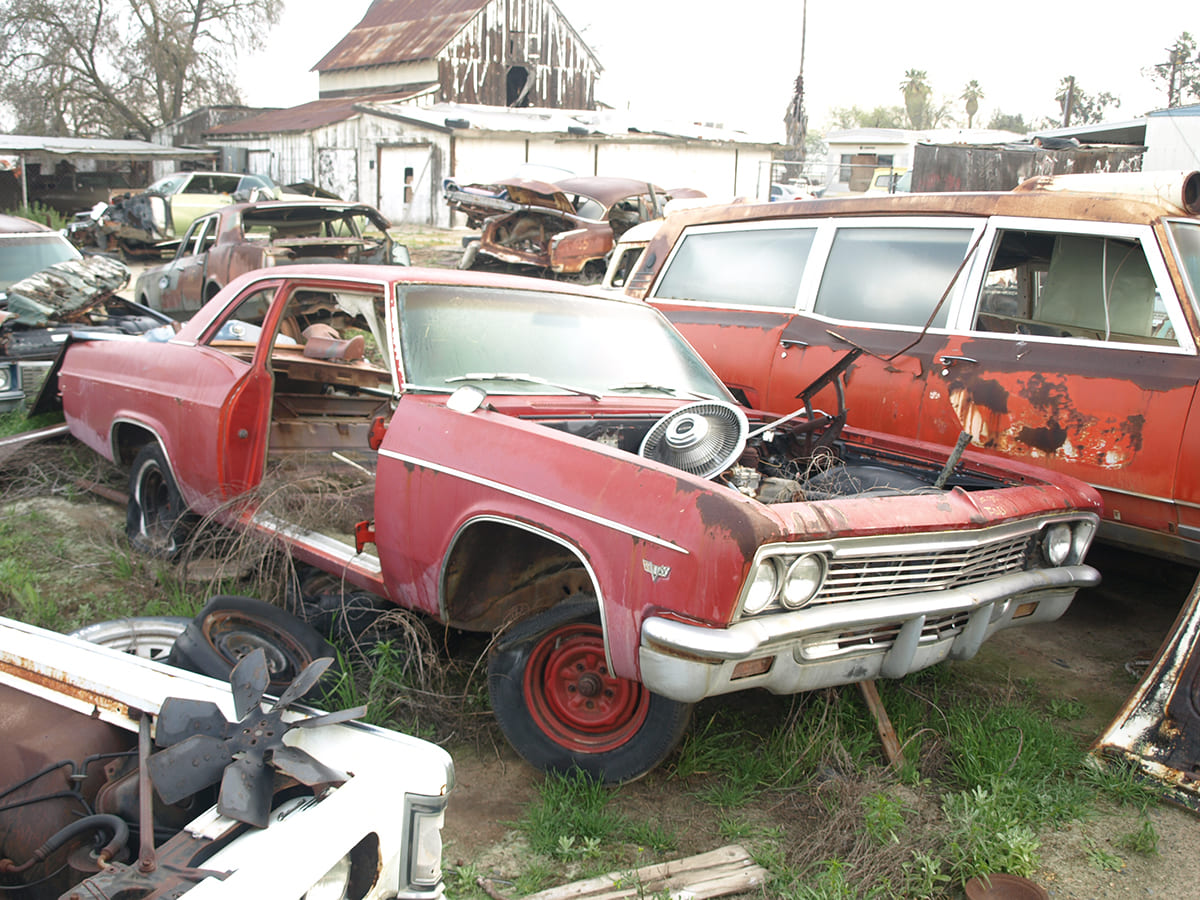 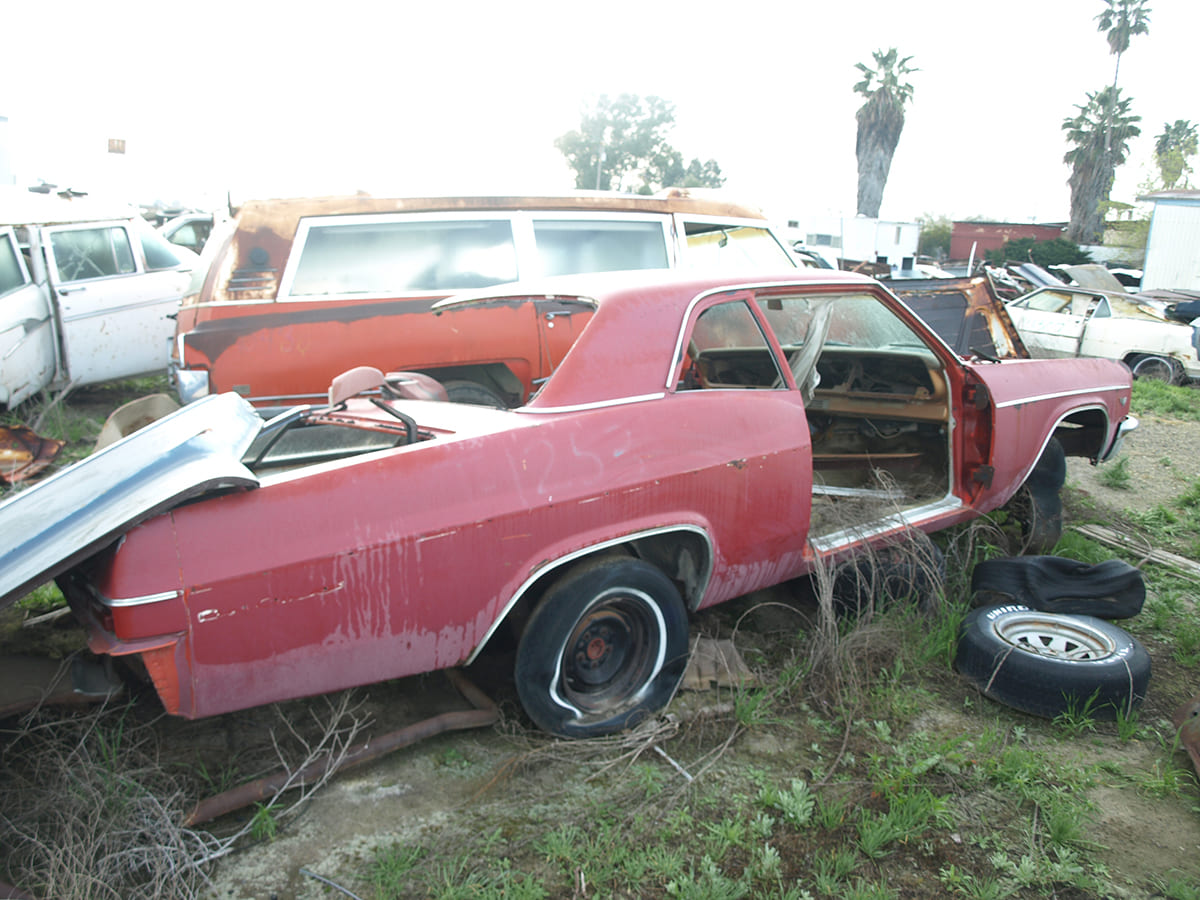 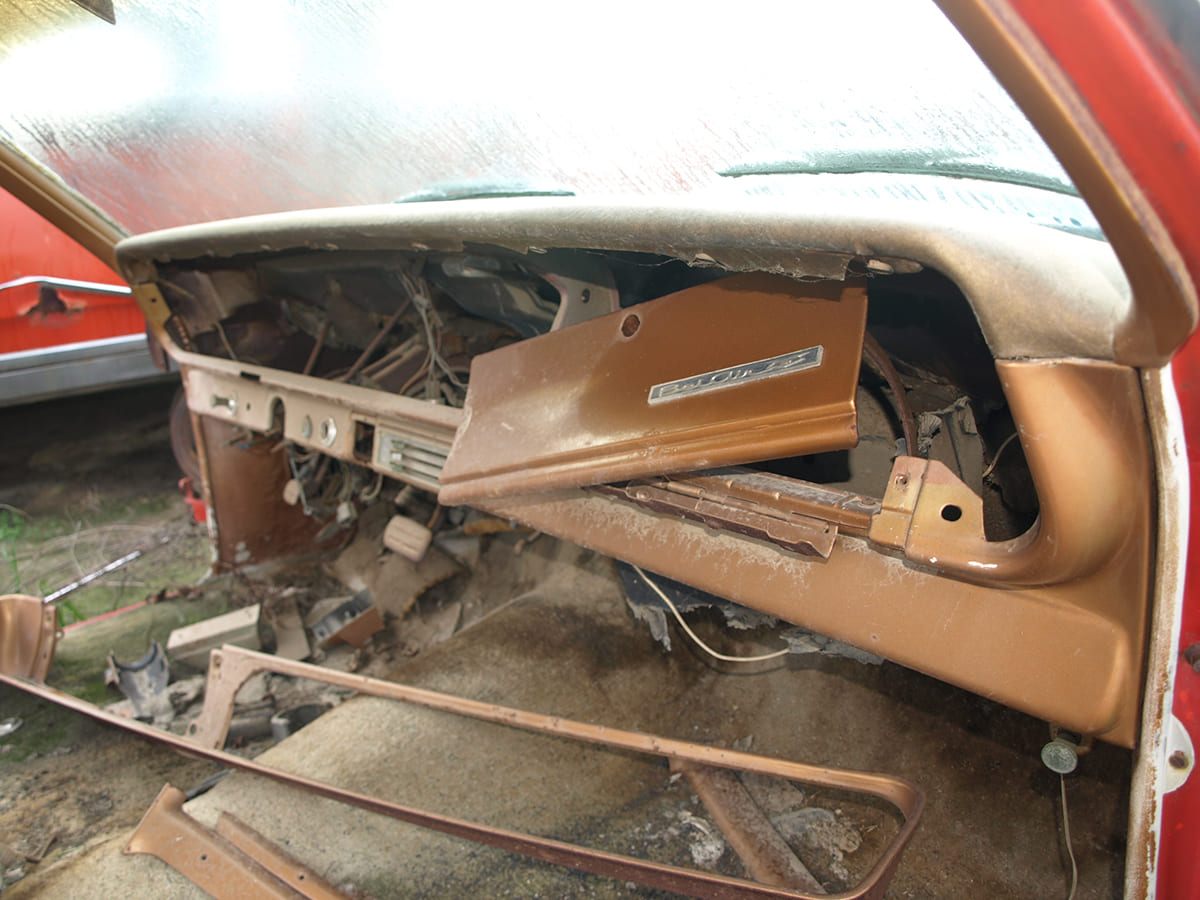 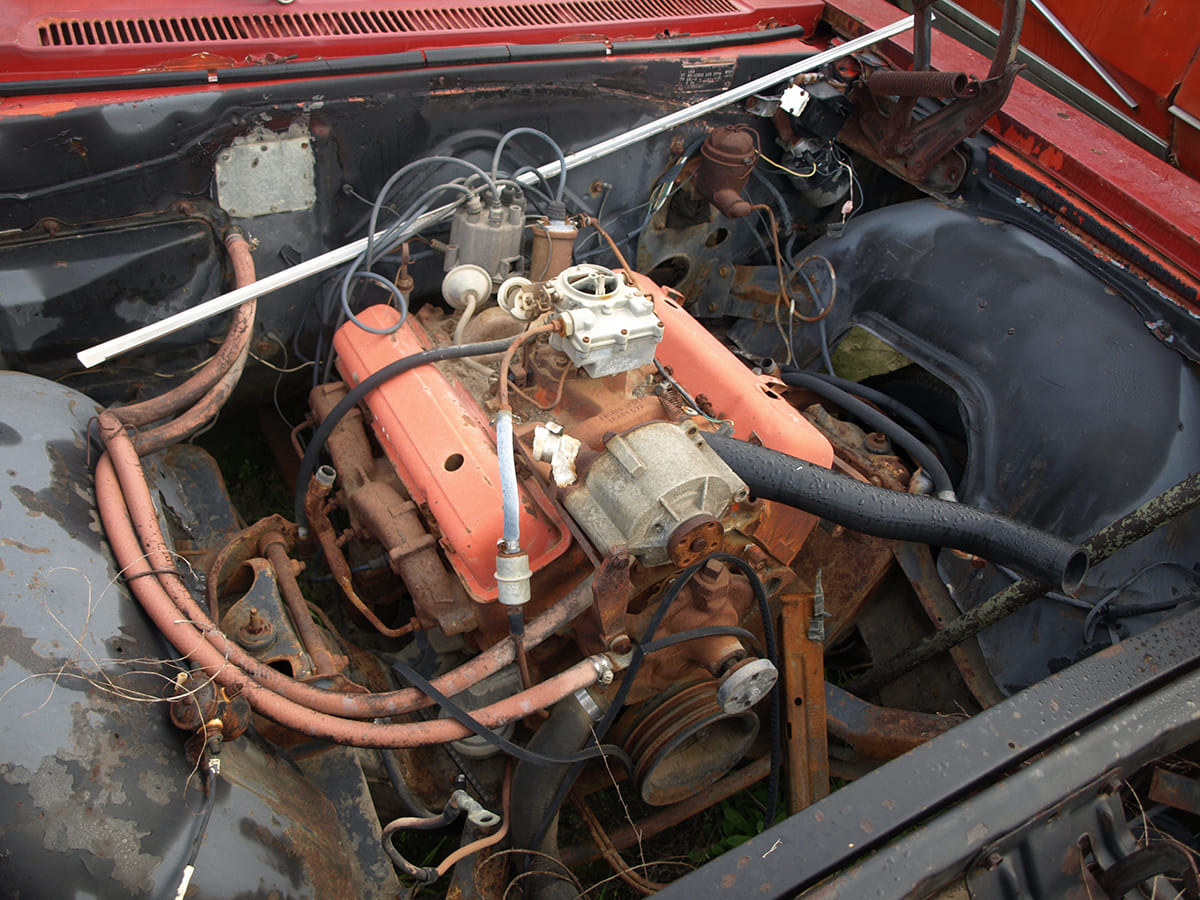 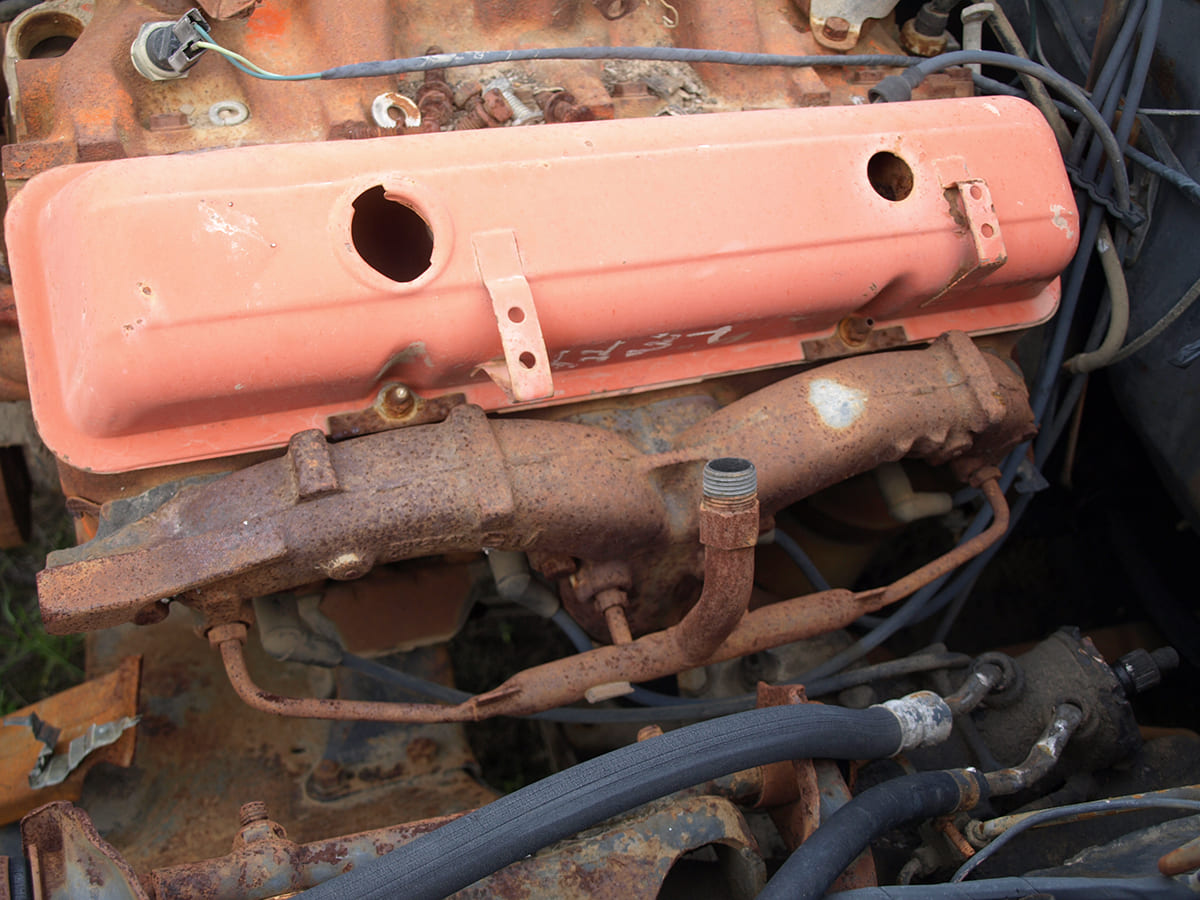 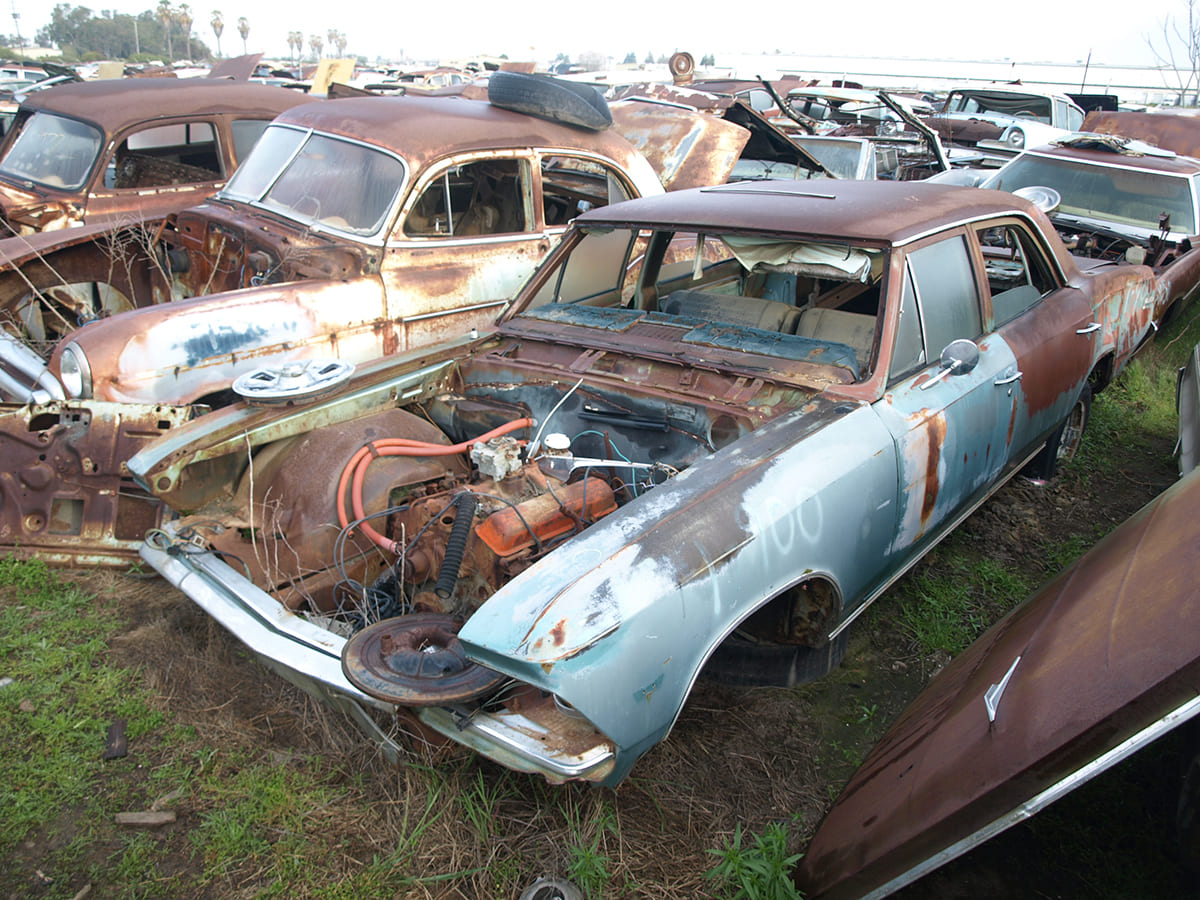 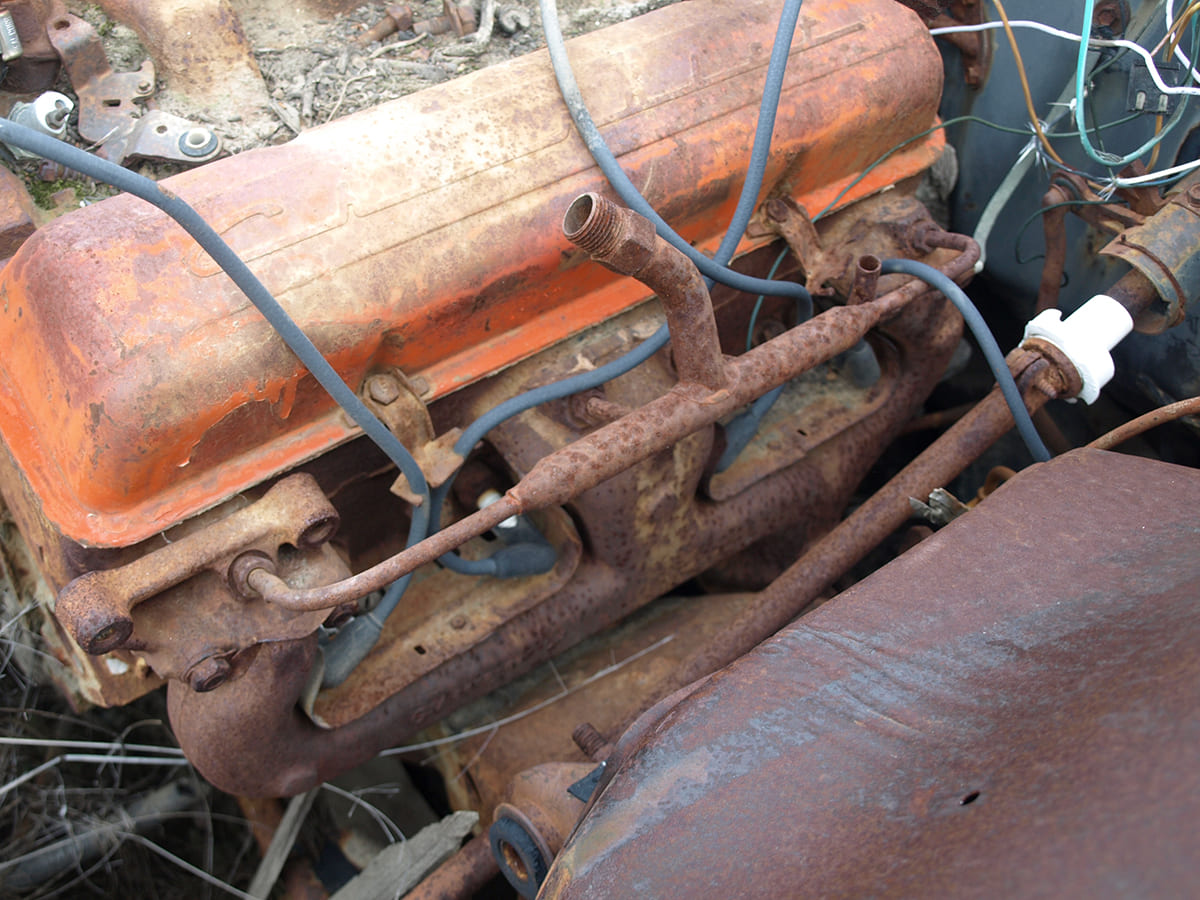 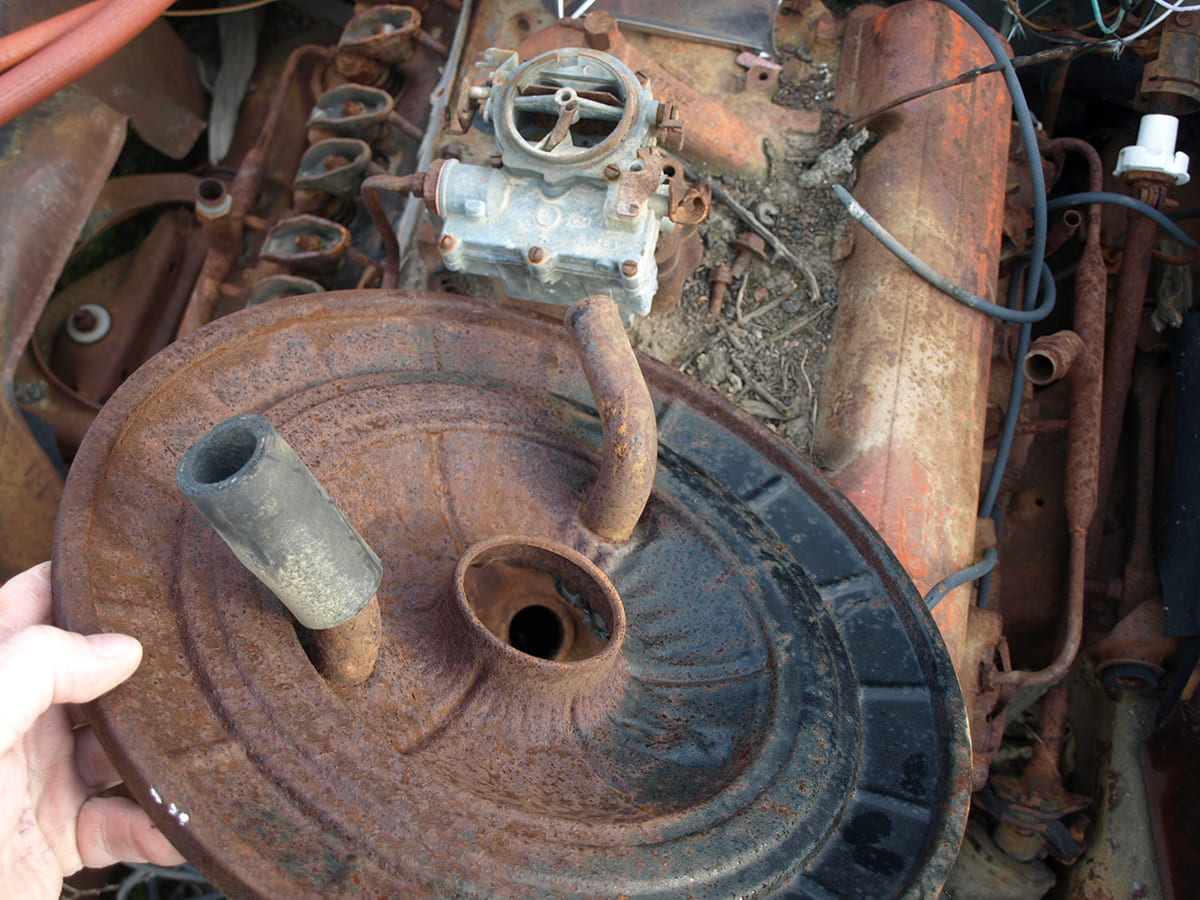 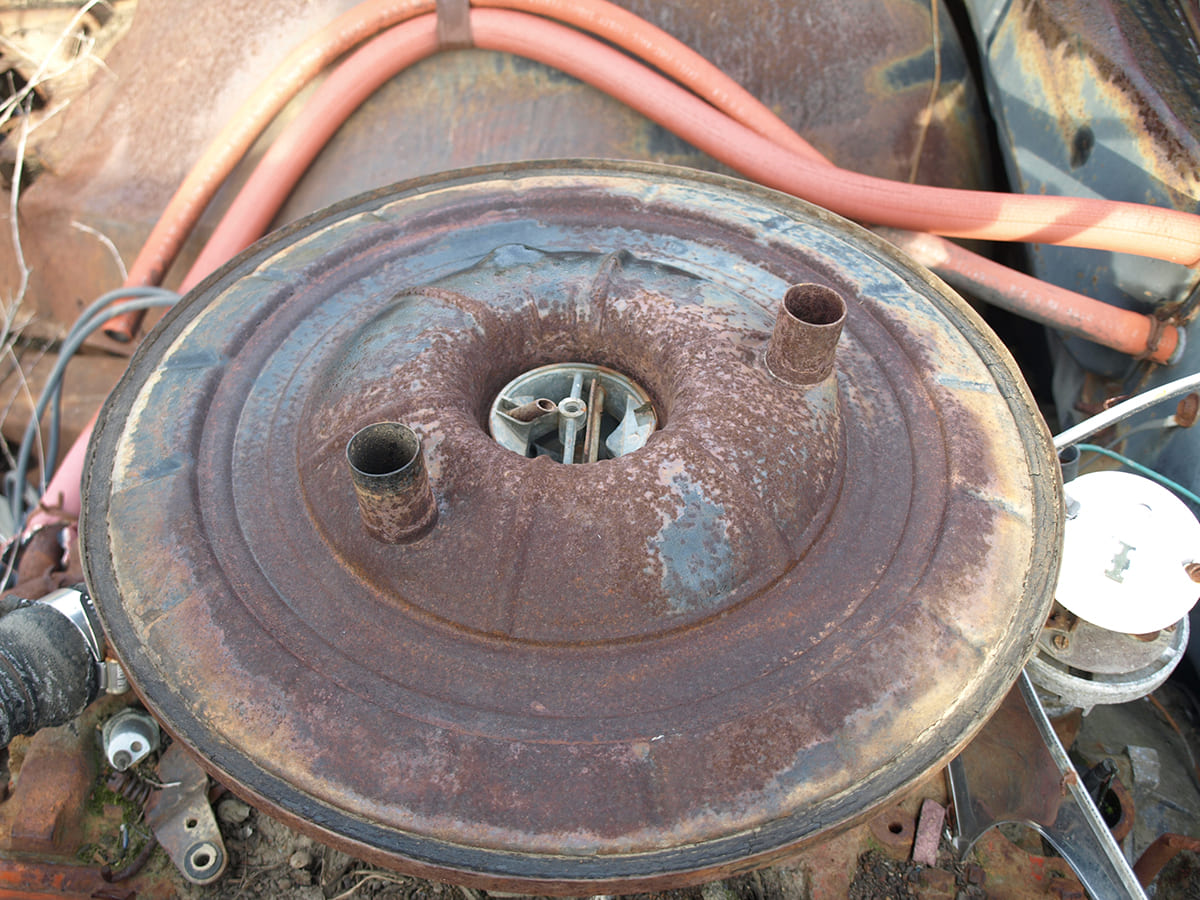 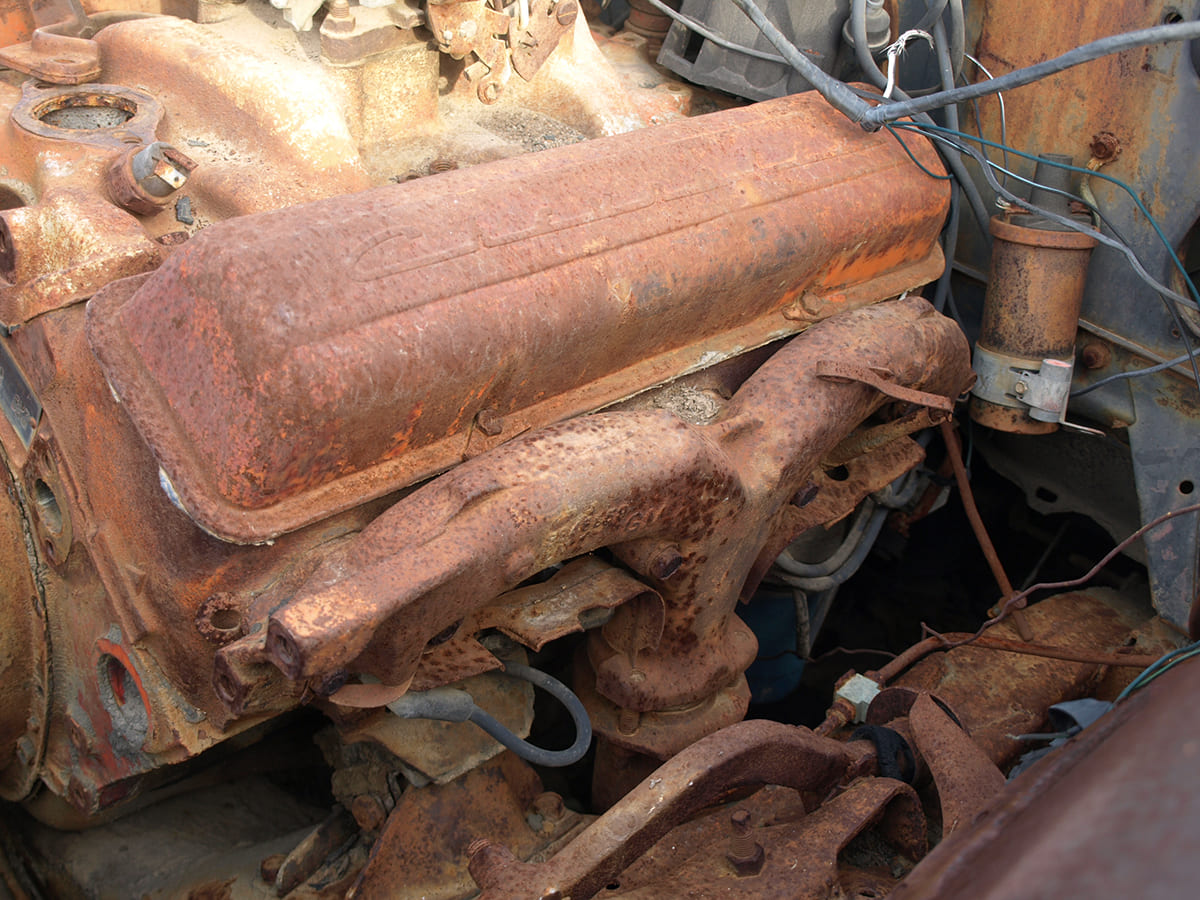