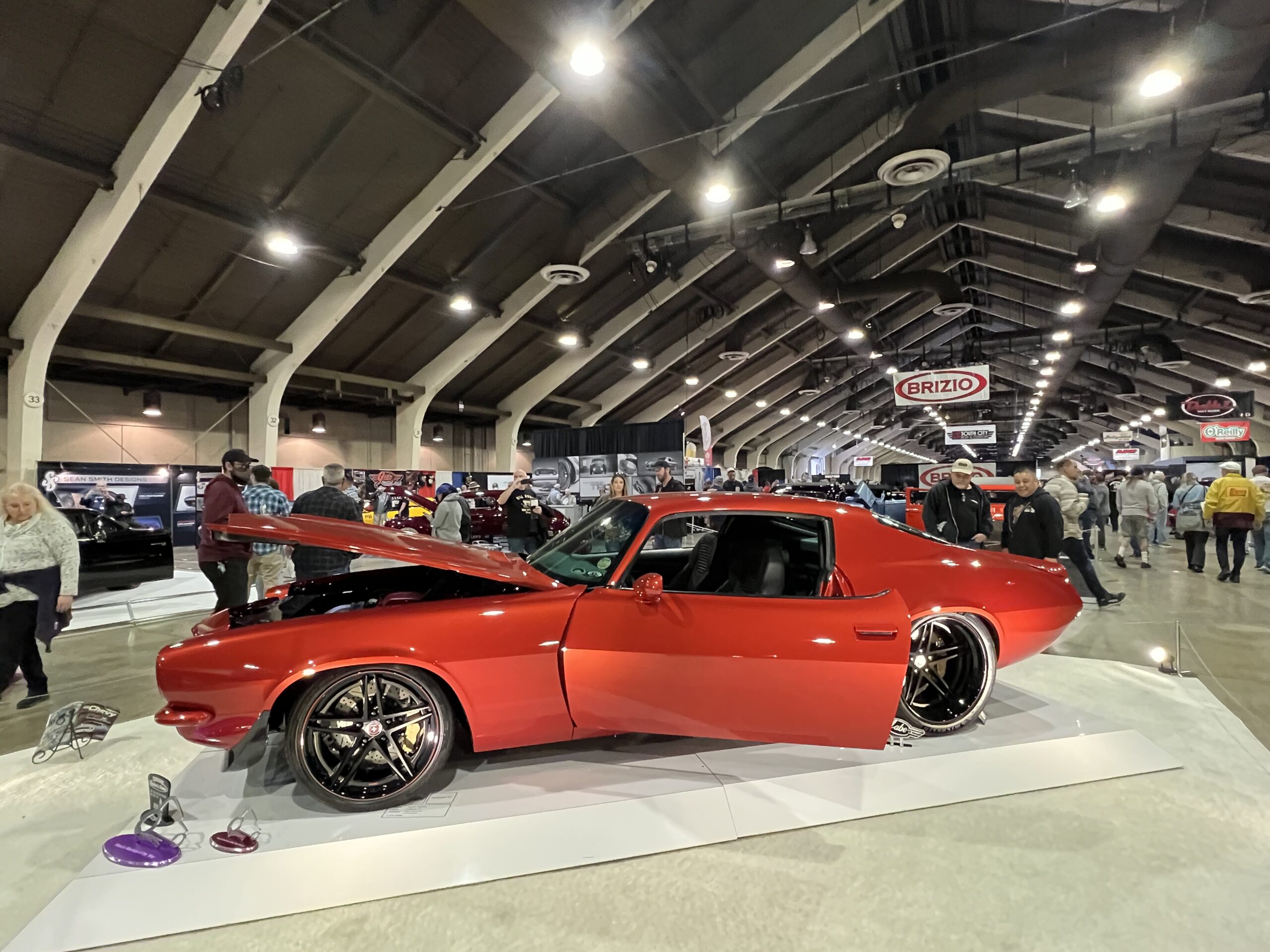 Chevys Flex Some Muscle at the 2022 Grand National Roadster Show

By Nick Licata – Photography by the Author

The Grand National Roadster Show (GNRS) is one of those events we mark on our calendar a year ahead as a “must-attend.” The GNRS is held the final weekend in January at the Pomona Fairplex in Southern California. The venue has a long history of hot rodding as it is also home to the NHRA Winternationals, which began in 1961, and World Finals since 1984, the Wally Parks NHRA Motorsports Museum, as well as the highly popular Pomona Swap Meet & Classic Car Show. Needless to say, the Pomona Fairplex is hallowed ground for hot rodding, drag racing, and pretty much anything automotive related. 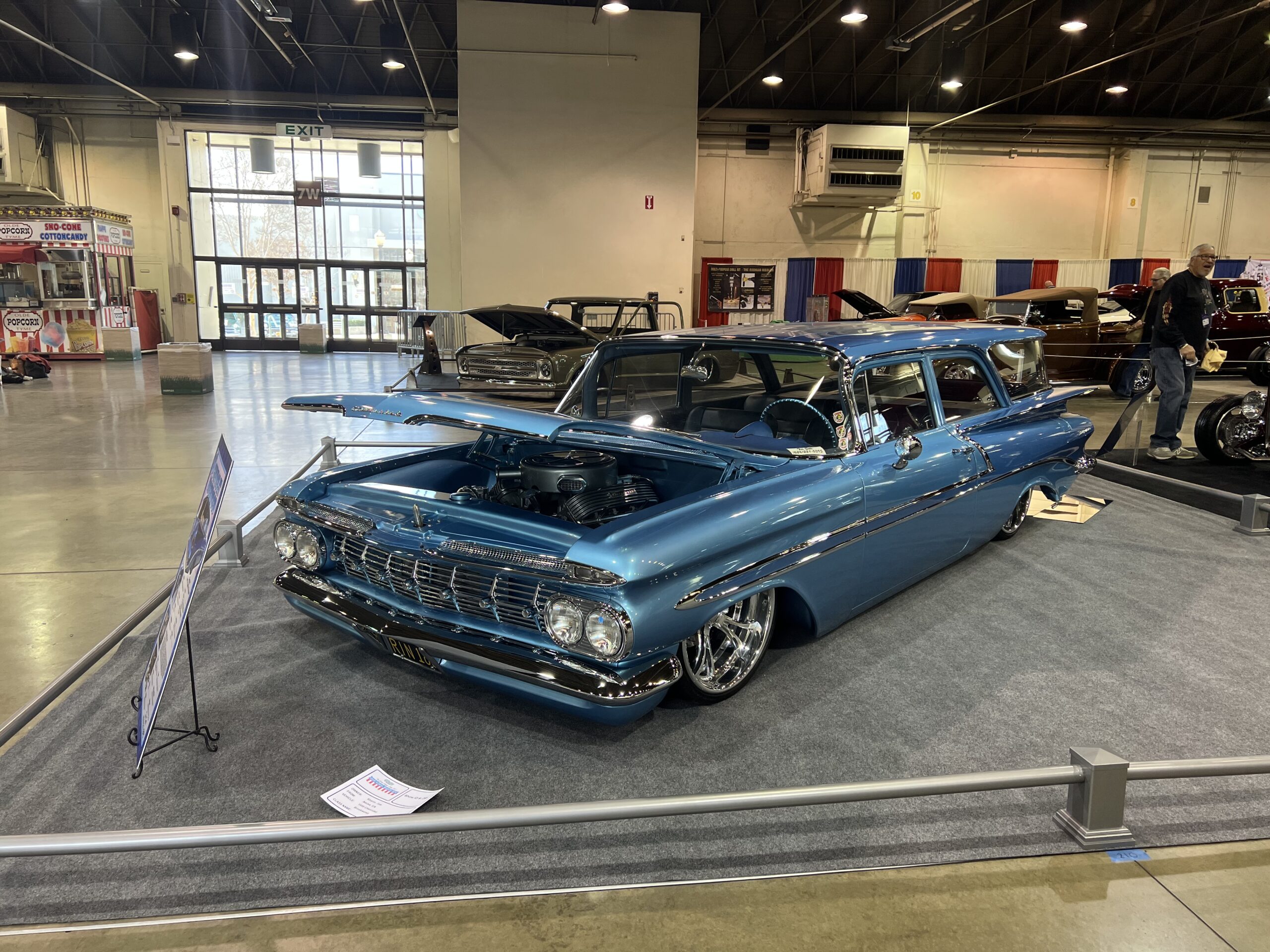 Started in 1950, the National Roadster Show called various Northern California locations home over the years (in 1963 “Grand” was added to the name), when the event was moved to Southern California’s Pomona Fairplex in 2004. Today, the GNRS consumes seven massive exhibit halls and draws arguably the best of the best high-end vintage hot rods from all over the country—most of which are competing for the elusive America’s Most Beautiful Roadster (AMBR) award as well as other various class awards.

Check This Out: 23rd Camaro Nationals

Yes, the word “roadster” is in the event title, and, yes, there are plenty of roadsters on display, but this show offers a wide variety of classics, too. We’re talking muscle cars, customs, lowriders, hot rods (patina and shiny), and pretty much everything in-between. And the with multitude of brands being represented, there is something to satisfy the palate of just about every classic auto enthusiast. 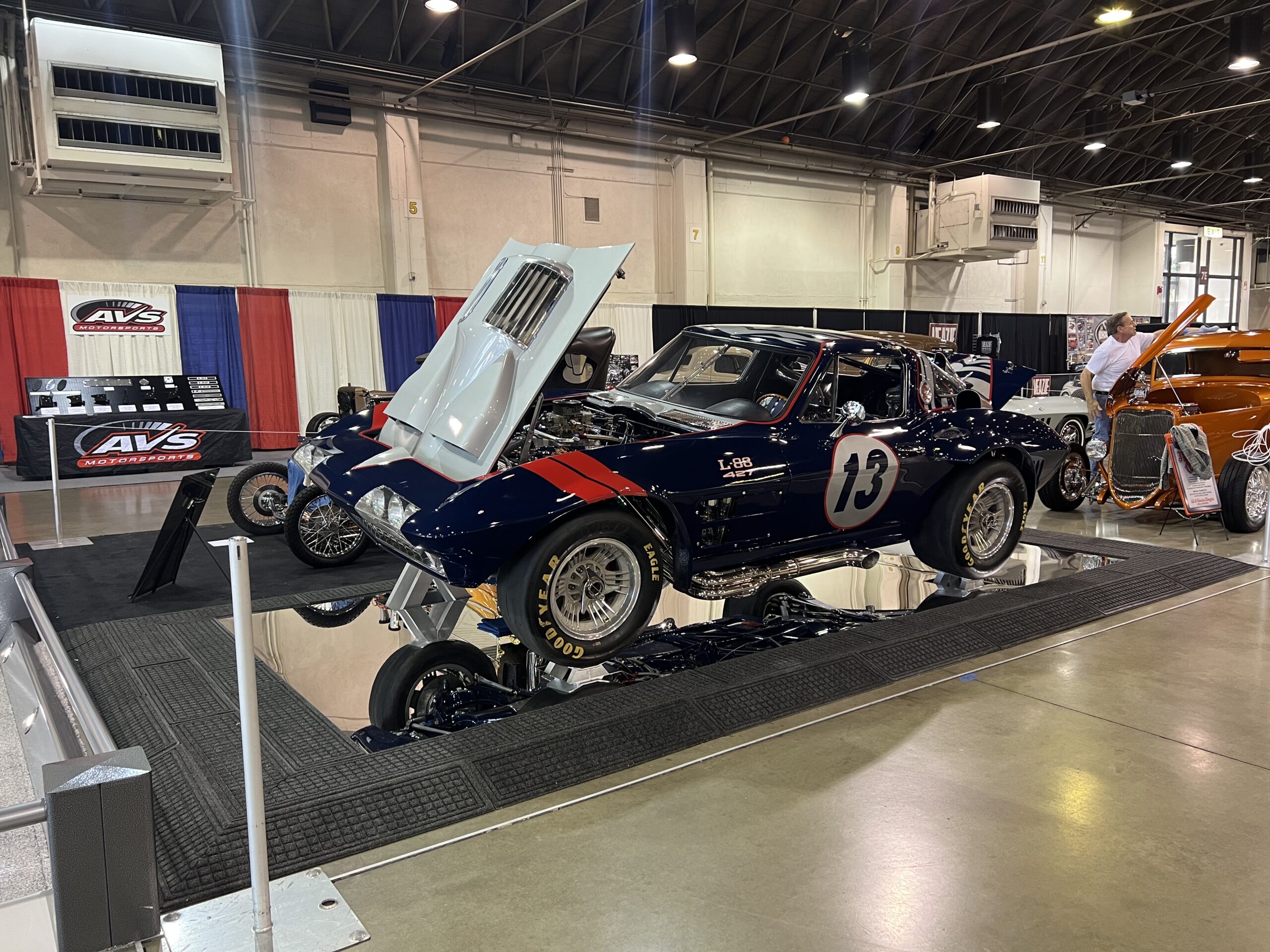 For the Chevy fan, there is plenty to soak in as the Bowtie brand is well represented throughout the show by the finest Pro Touring, Pro Street, gassers, day two restos, and street machines sheathed in deep, glossy paint and a plethora of one-off custom parts yielding more eye candy than the average cornea can handle.

For those who prefer cars with a little more homebuilt flavor, the Grand Daddy Drive-In takes place just outside the main buildings and is populated with more localized hot rods and muscle cars that were driven to the event. With over 400 cars participating in this portion of the event, it’s a great way to check out some local cars from the surrounding SoCal area. 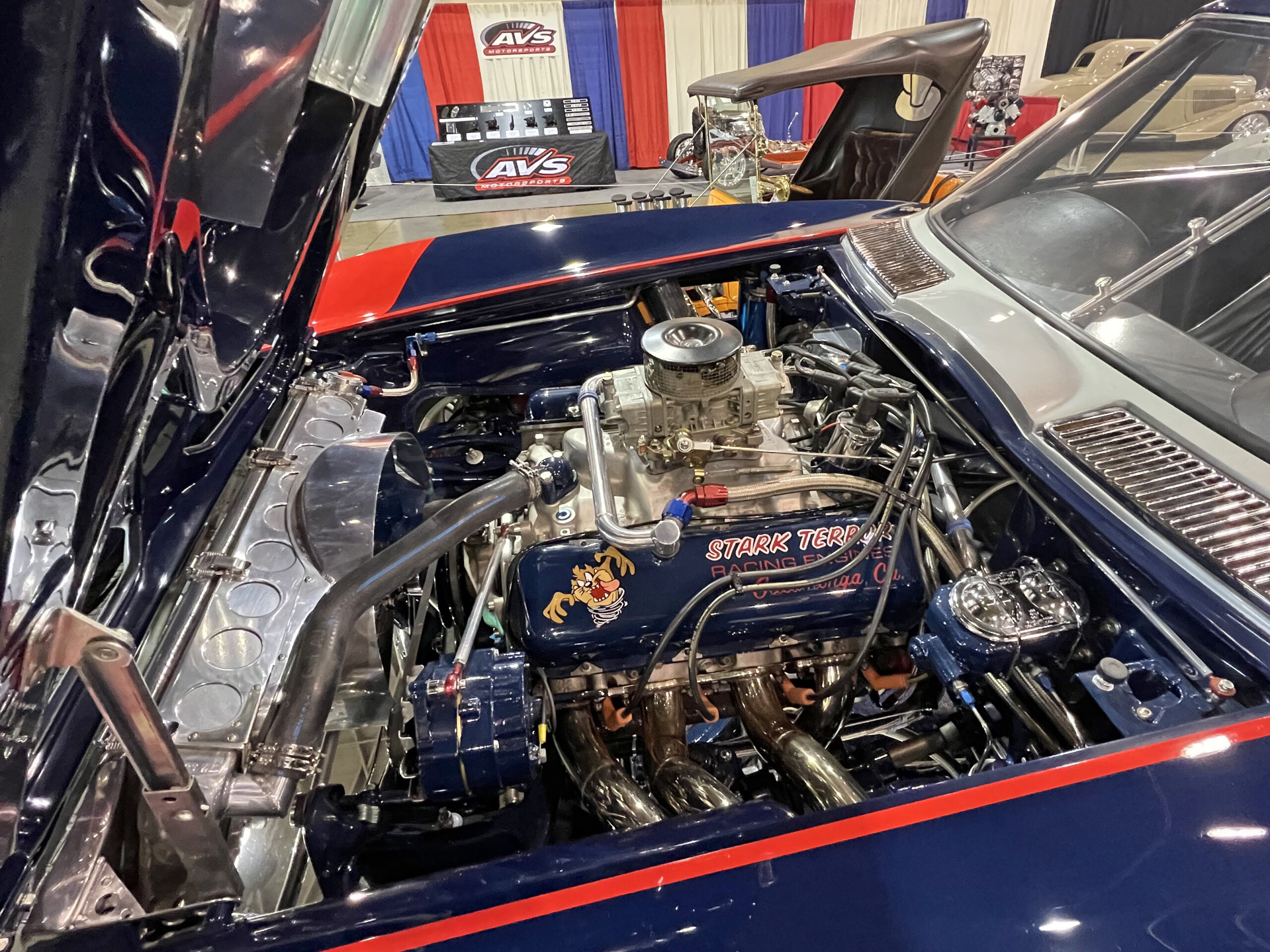 We here at All Chevy Performance showed our appreciation to those participants by giving out two Editor’s Choice awards on Saturday and one on Sunday. We felt it important that a few cars built on the more budget side of the hobby get some recognition for a job well done.

Read More: The 2021 Pure Stock Drags Was a Glimpse of the Muscle Car Past

The Grand National Roadster Show is the premier Southern California automotive event that, in our eyes, consists of the best hot rodding has to offer, and with an impressive number of vintage Chevys on hand, we’ve assembled a gallery of highlights featuring some of the coolest Chevys from the 2022 event. 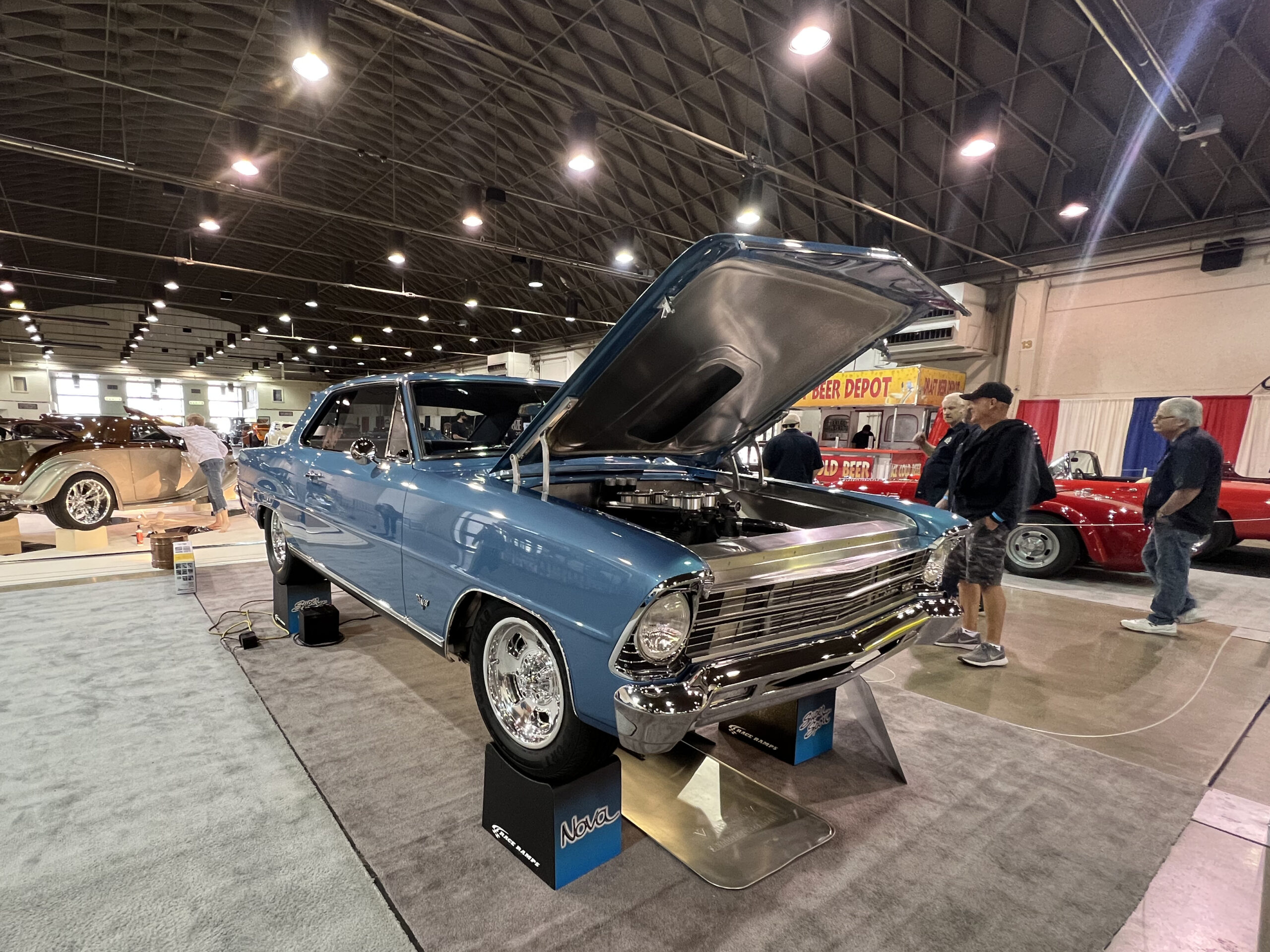 As a side note, the AMBR award has historically been given to a Ford, for no other reason in that few Chevys are entered, but this year it was Jeff Breault and his amazing ’34 Chevy roadster built by the crew at Devlin Rod and Customs taking home the 2022 AMBR award. AMBR history buffs recognize the rarity of a Chevy winning this prestigious award and will recall the last to win was Wes Rydell’s Hollywood Hot Rods–built ’35 Chevy phaeton back in 2014.

For more information on the GNRS, go to hotrodshows.com.
ACP