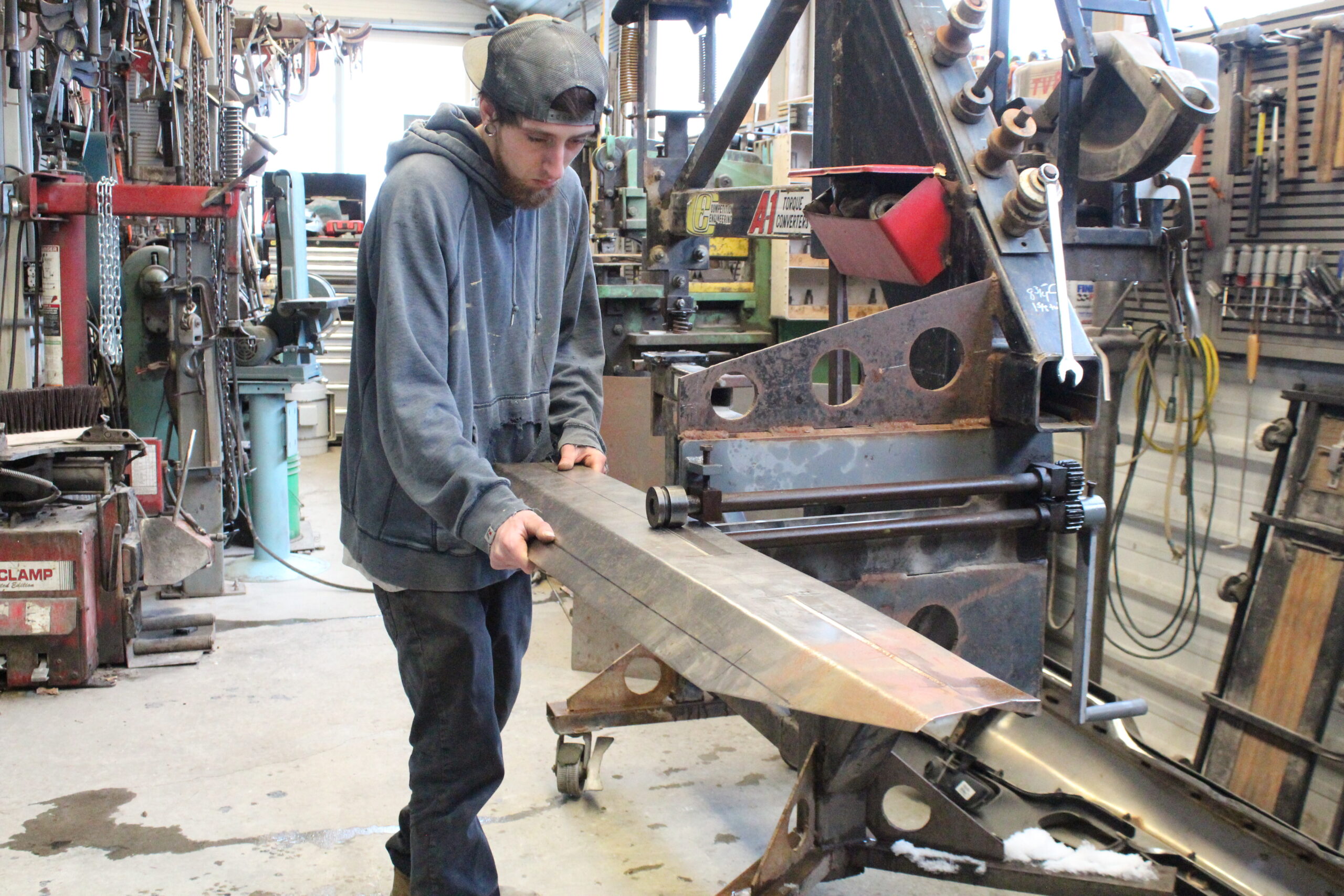 We’ve been following along as Colin and Sue Radford’s 1957 Ford Del Rio Ranch Wagon has been undergoing the transformation from a Leave It To Beaver–era grocery-getter to a contemporary hot rod. With the capable helping hands of grandsons Tate and Caden, the original front suspension was tossed out and replaced with an Art Morrison Enterprises Bikini Clip. The Y-block was set aside to make room for a Ford Performance 5.0 Coyote engine, which brings us to where we are now: making a little bit more room for the replacement powerplant with a new firewall and installing the Flaming River steering components.

During mock-up it was determined that the best position for the engine would require moving the firewall back roughly 2 inches. In this particular case, the Ford’s firewall had an issue that needed to be addressed anyway. The plenum in front of the windshield that fed fresh air to the factory heating system had some rust issues. As future plans call for a Vintage Air climate-control system that does not rely on outside air, the decision was made to cut down the size of the plenum, killing two birds with one stone—the engine could be tucked under the cowl and the difficult-to-repair rusted areas were eliminated.

With the heater plenum issue resolved a new flat firewall was fabricated. Thanks to the generous dimensions of the stock Ford transmission tunnel no modifications to the floor above the Gearstar transmission case were required, although new toeboards and the bellhousing tunnel were required.

Despite the size of the Coyote engine, routing the steering shaft from the Flaming River tilt steering column to the rack-and-pinion was a straight shot and would only require two universal joints. To connect those U-joints a conventional, solid, ¾-inch Flaming River double D shaft could have been used, however, it was decided to incorporate a slip shaft to accommodate any movement between the body-mounted steering column and the chassis-mounted rack-and-pinion. This was accomplished by sliding a section of 1-inch double D tube over a short piece of ¾-inch double D shaft and welding them together (the weld just keeps them from slipping apart). That section of the steering shaft is attached to the U-joint on the steering column. On the lower end of the assembly a length of solid ,¾ double D shaft attaches to the steering gear with a U-joint and fits well into the 1-inch double D, the result is a slip shaft that will absorb any movement between the body and frame and can’t come apart.

To mount the steering column at the bottom a Flaming River “blank slate” swivel mount (PN FR20101BLS) was used (this universal floor mount is designed to be used in a street rod build that will include a new firewall). At the upper end a Flaming River factory-style 2-inch dash mount (PN FR20114PL) was modified to fit the stock Ford dash bracket. For rigidity, a support that ties the steering column, brake pedal, and master cylinder/booster assembly was fabricated from flat stock and tubing.

Building the 1957 Ford Del Rio has been a real family affair for the Radfords, which is fitting considering station wagons were once the ultimate utilitarian family vehicle. Who knows, cool as this one is turning out they may be again. MR