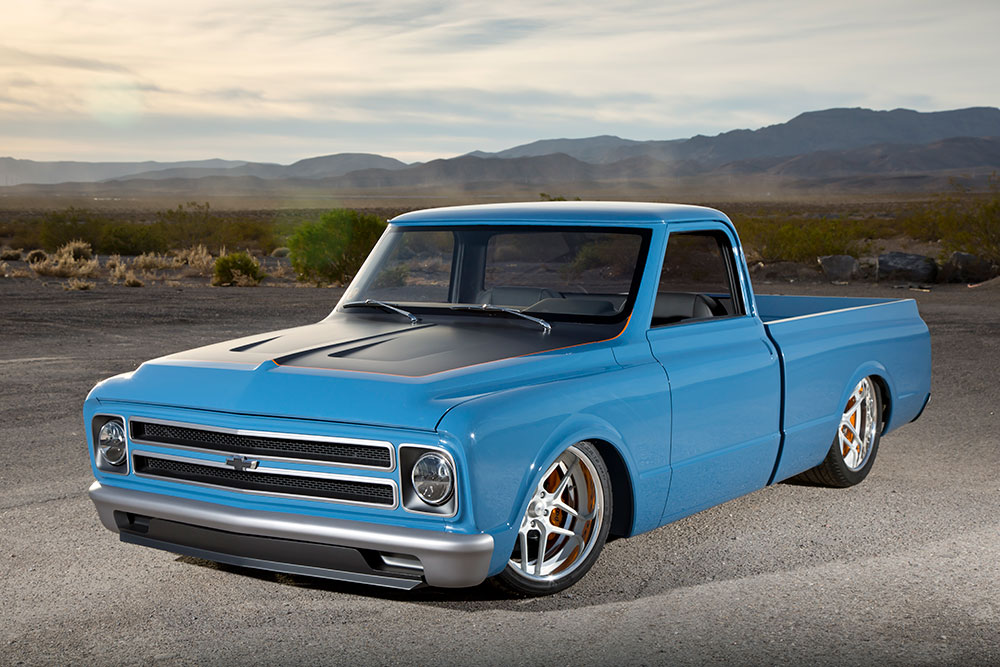 There comes a time in most fathers’ lives when they are able to share their passion for custom cars and trucks with their children. Sometimes that message of passion is received and the father-son/daughter relationship will flourish. More often than not, however, Junior might just choose wasting his time playing video games over hanging out with dad in the garage or at a hot rod show—it happens all the time. 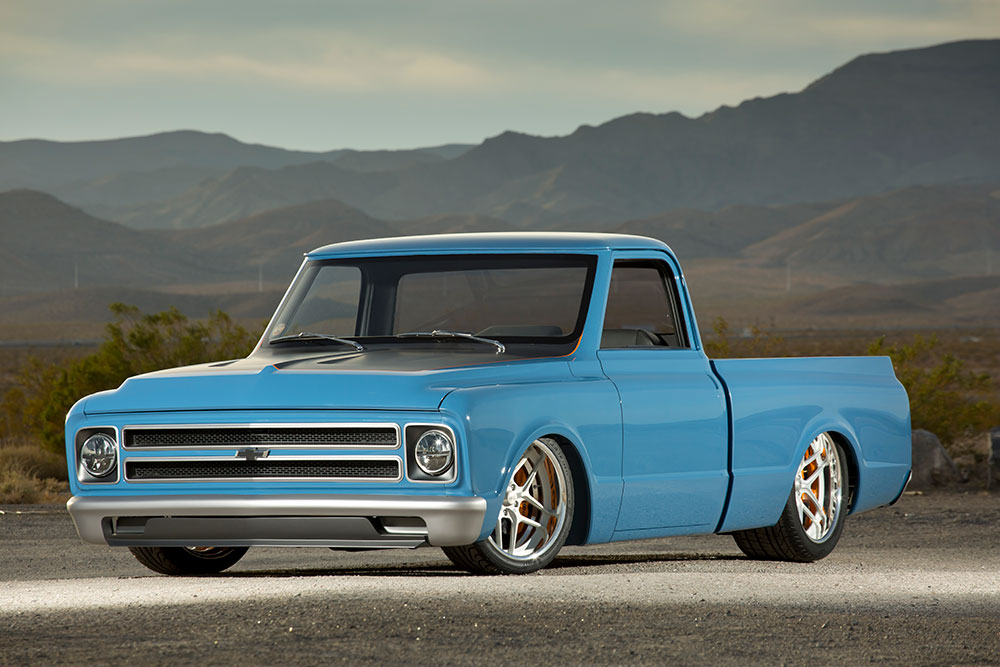 Luckily for Joe White, a verified custom hot rod junkie in his own right, his youngest daughter Nicole learned to love fast, cool cars just like her old man. “My own dad was a huge car guy,” Joe says. “The stories he would tell sounded like they were outtake scenes from the movie American Graffiti. When I was 16 we built a ’67 Chevy Camaro convertible together, and it was pretty much the coolest thing I can remember from my childhood.”

To this day, Joe still has that ‘67 Camaro. In fact, he just had it rebuilt back in 2015 to keep it up and running and relevant for his family to enjoy. To handle the job, Joe recruited fellow Pennsylvania natives Mark and Heather Giambalvo of Creative Rod & Kustom to go through this car and update it to last another generation. Joe and Mark became friends, and started hanging out and talking about things other than what was being done to the Camaro. 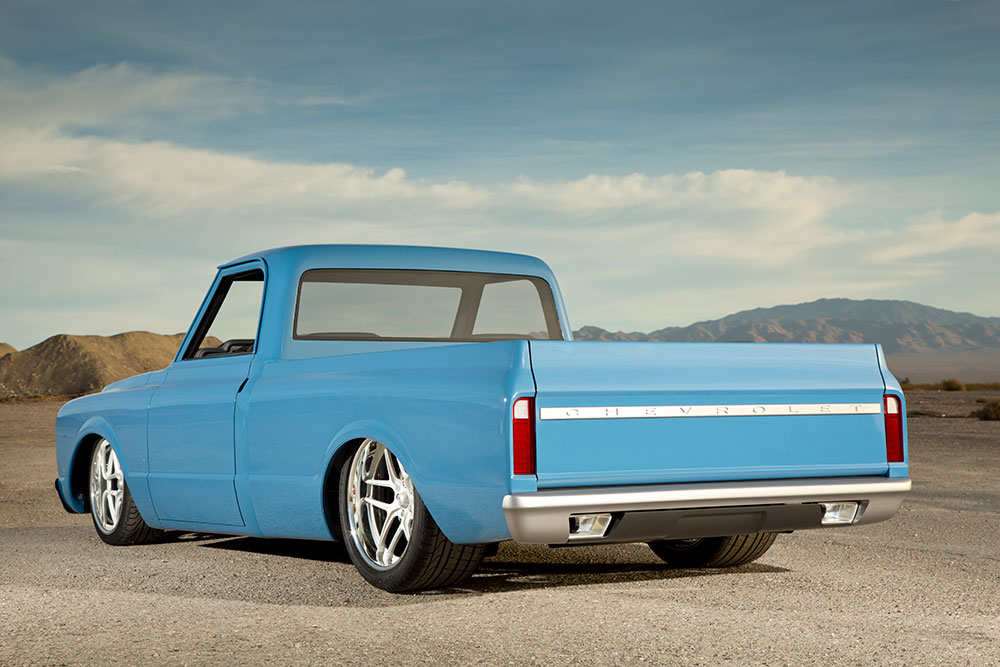 Just after the Camaro was restored, Joe and Mark took it out to the 2015 Goodguys Southern Nationals show. Mark was thrilled to see the appreciation others had for the car that he and his dad built years ago, but something else captured his attention while at the event that took his mind off the car. “We were at the track and there was this ’70 C10 flying around the road course. I’ve seen a lot of these trucks before, but this thing was absolutely badass. It was fast, low to the ground, and it handled like a race car. That evening we were headed out to dinner and we saw it sitting in the parking lot of the hotel—I was hooked right there and then. I just had to build one.”

With Joe on the prowl for a C10 of his own to build, Nicole kept the pressure on him to find one as quickly as possible. “She told me she wanted a truck to drive when she was 16, so that was just more of an incentive to track one of these trucks down.” A few months had passed without much luck finding the right project piece, but then Mark informed Joe of an old truck that one of his employees knew was going to be available soon. “We went to go look at it. It was a ’68 C10, and had good bones, but it was in pieces. I offered $4,800 for us to take it home, and luckily it was just high enough an offer to score it. I was itching to get started.” 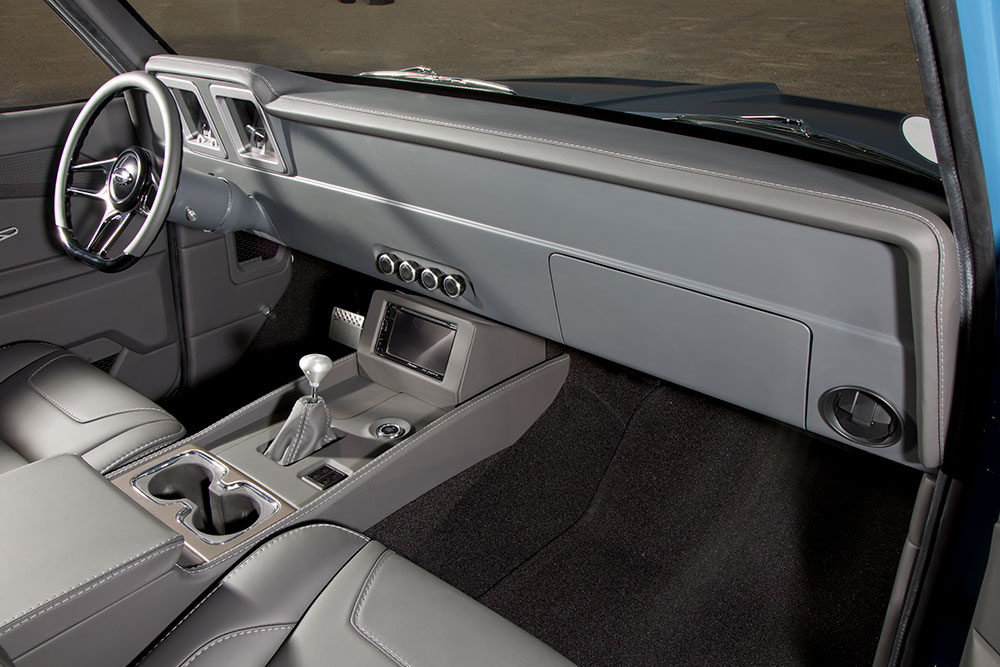 Joe and Mark already knew what they were going for with this C10. They wanted a truck with the same aggressive prowess of the truck they saw shredding up the road course. As soon as the truck hit the shop, the factory engine, transmission, and frame were sold off. Obviously, this was the point of no return, but much more than that, it was the pivotal moment in which the future of the truck was drastically changed—well, upsized. “Anyone who knows me knows that I tend to get carried away and always want the best and to win,” Joe admits. “So, I gave Mark a task—build the best truck that he had ever done and win truck of the year.” 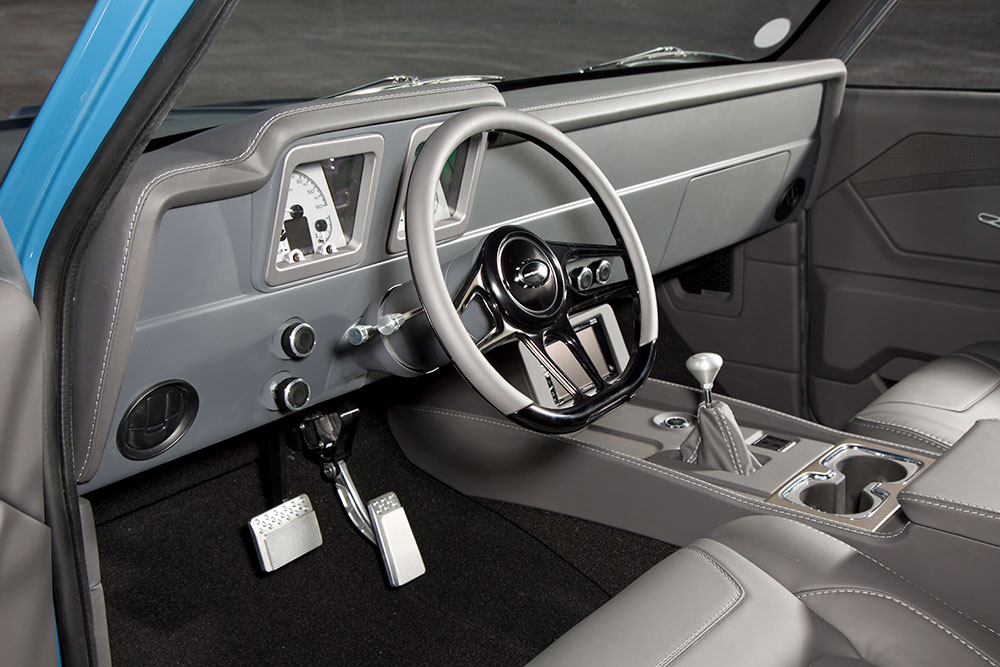 Needless to say, this C10 wasn’t going to be the daily driver it was supposed to be from the start. The guys got together with rendering artist Eric Brockmeyer to get a solid idea of what to aim at. Within a month of getting the rendering, Mark started building. The two decided that nothing less than a Roadster Shop SPEC Series chassis would do, especially since the roots of this truck were to be equal parts performance and agility. To work in tandem with the impressive custom chassis, the guys selected Strange Engineering coilovers for all four corners. Throw in Wilwood spindles and braking components and this C10 was guaranteed to have the fancy footwork necessary to satisfy the distinguished taste of its builders.

There was no chance that Joe and Mark were going to be happy with a 350 swap—not even close. A LS3 crate engine was more their speed, so was the Magnuson HeartBeat supercharger, Ultimate headers, and custom exhaust system devised by Creative Rod and Kustom. The guys weren’t putting many caps on performance, as you can see, but the story was a little bit different when it came to the exterior and other more visible portions of the project. 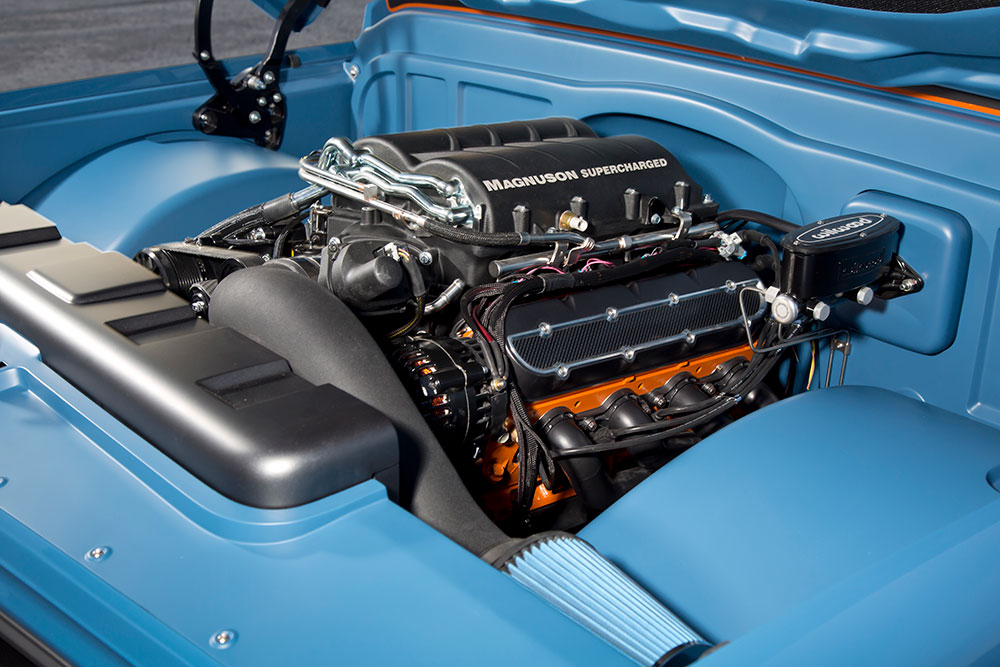 “As Mark made progress, he would call me with different ideas of how we could make things better. His fabrication skills are incredible, so I pretty much let him do anything he wanted. He already knows that I don’t care for crazy customizations, anyway. We both wanted a ‘stock’ look with lots of subtle changes that could’ve been factory designed additions.” The mild chop top, flush fit glass, shaved handles, modified stock bumper, handbuilt tailgate, and molded bed all lend to the emphasis on sleek and streamlined appearances. Expect to see more of the same inside of the cab as well. Each modification was well thought out and executed with cleanliness in mind—make no mistake about that.

Even though the truck might not be suitable for everyday driving duties (it’s just too nice for normal wear-and-tear abuse), Joe was able to deliver a special truck build for his daughter to rip around in every now and then. “I think Mark nailed it with this build,” Joe exclaims. “This C10 could be a modern truck built by GM or something.” Joe wasn’t the only one who thought so highly of Mark’s handywork, since the truck was honored with the coveted GM Design award at the 2018 SEMA show—yeah, this thing competed and won against some heavy hitters during its first time out. 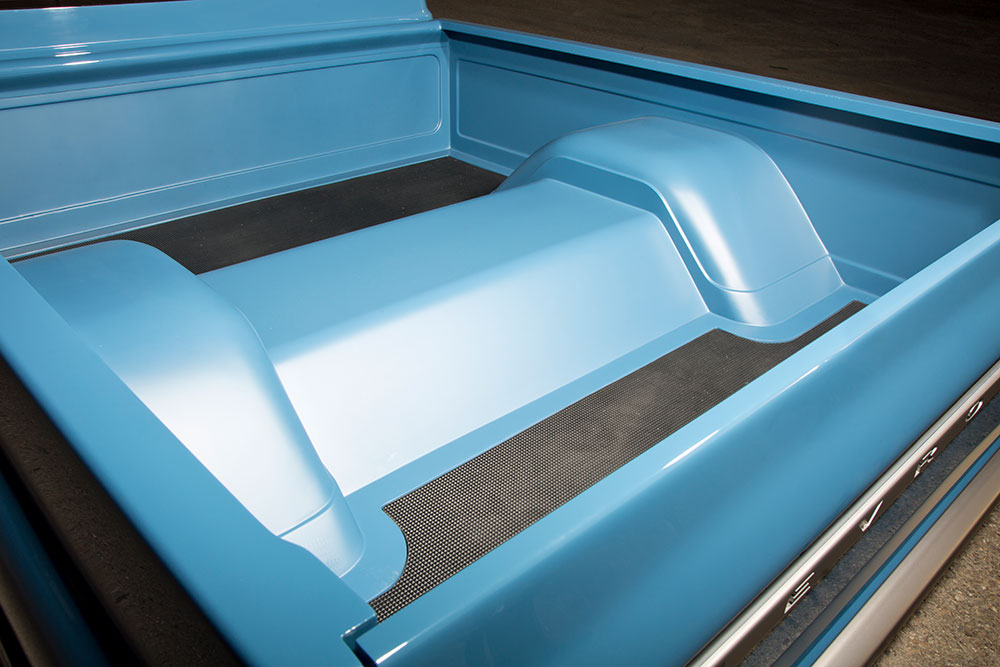 Although the shiny paint and all the acclaim from the results of the build could scare other guys away from ever pushing this old truck too hard, Joe is way too excited to avoid doing what he intended to do with the old truck from the start—drive it. “I can’t wait to get behind the wheel and fry these tires. Even though this thing was built far more beautiful than I had expected, it will still be driven and put through the paces. It will not just be a one-trick show truck. We will drive and enjoy this special machine as a family, which was our ultimate goal.”