The Best of Both Worlds: The Chevy El Camino 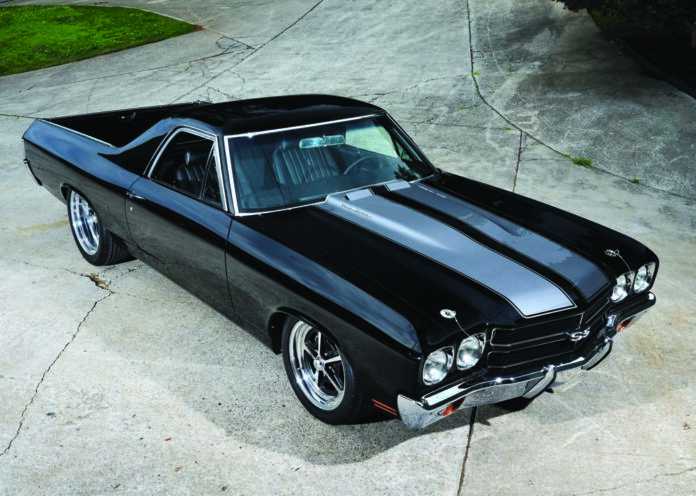 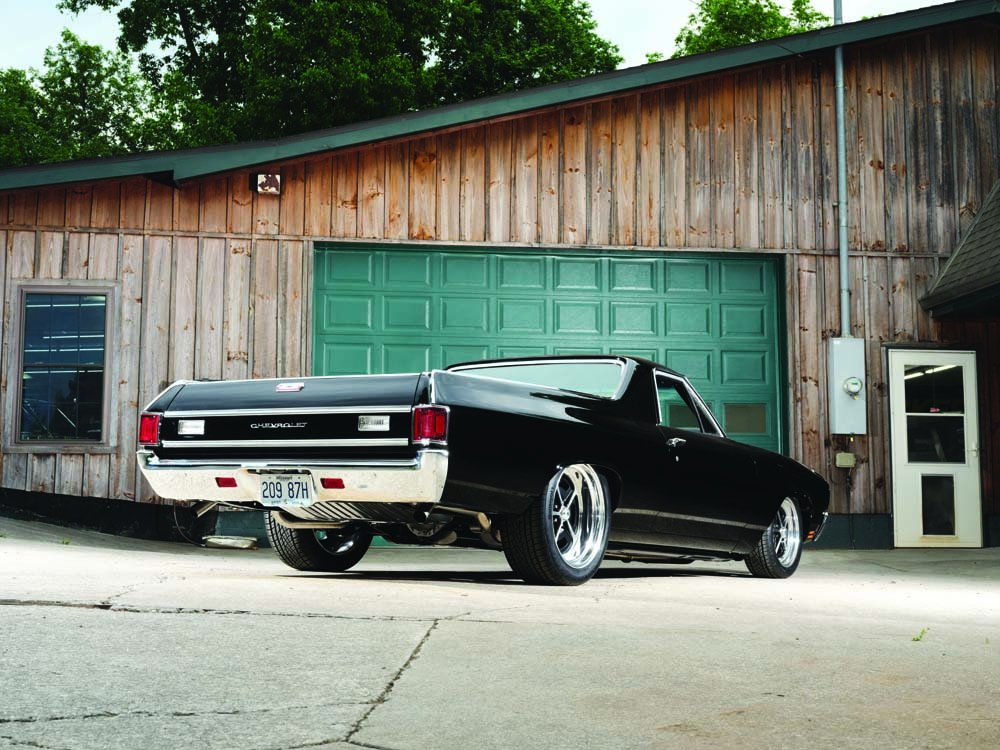 Based on the new-for-1959 Brookwood two-door station wagon, it benefitted from the completely redesigned Chevrolet body style outselling the Ranchero in 1959. It did have a distinct advantage over the new Brookwood and the sedan delivery alternative; the El Camino was available with any of the full-sized Chevrolet drivetrains and came in a single mid-level trim: the Bel Air. The original El Camino has also touted as the first Chevrolet “pickup” built with a steel rather than wood bed floor. Hidden beneath the bed was the floorpan from the two-door wagon, complete with footwells. Among the V8s offered there was the base 283 with a 2- or 4 barrel carb, then came a 348 with either a four-barrel or three two-barrel carb setup producing 355 hp, and then the rarest of all the 250- or 290hp 283 with Rochester Ramjet fuel injection. 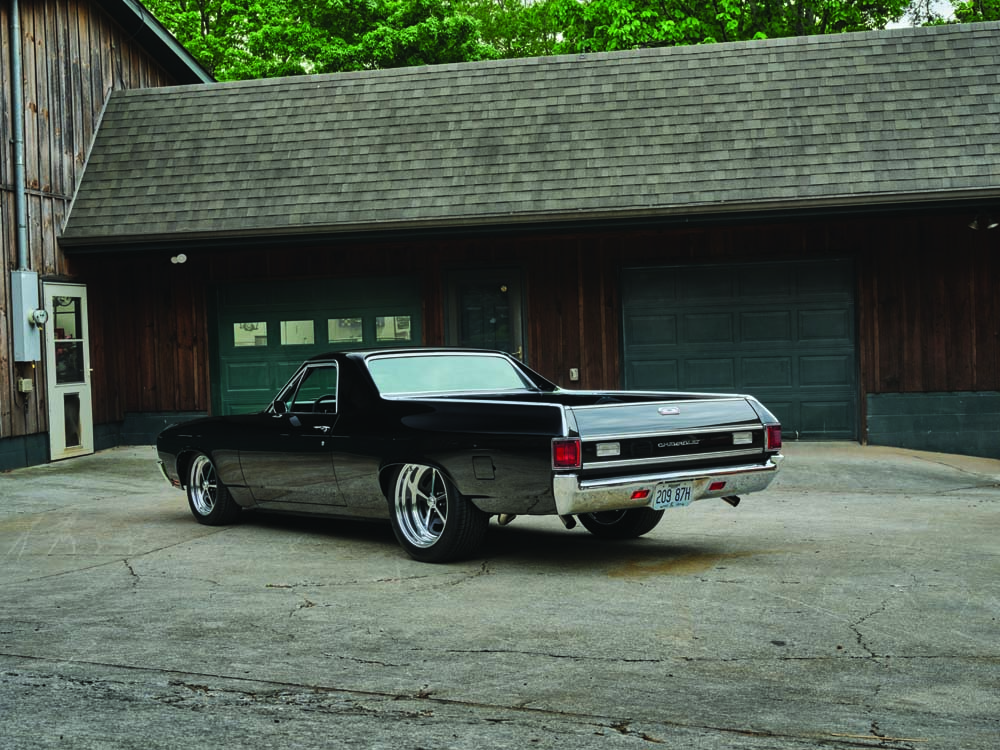 And that brings us to George Lange’s 1970 Chevy El Camino from Alloway’s Hot Rod Shop (AHRS). It features Chevrolet’s largest displacement V8 of the day—what appears to be an LS6 454 pumping 450 hp and 500 lb-ft of torque is really an outwardly nearly correct looking engine, but the “heartbeat” comes from a Jeff Taylor Performance built 454 big block that sports stock exhaust manifolds run through 2-1/2-inch stainless tubing matched to a pair of Borla ProXS mufflers that are all neatly fabricated by Barillaro Speed Emporium. Other engine accessories include a Vintage Air Front Runner, Powermaster starter, a stock-appearing ignition with Taylor wires, and a Cooling Components electric fan partnered with a Walker radiator. The 454 big block is then bolted via an American Powertrain system, which includes a TREMEC TKO 5 speed, a Centerforce clutch, and a GM flywheel. Once this power is gathered up it is sent back to a 4:11-packed 12-bolt rear end from GearFX Driveline. 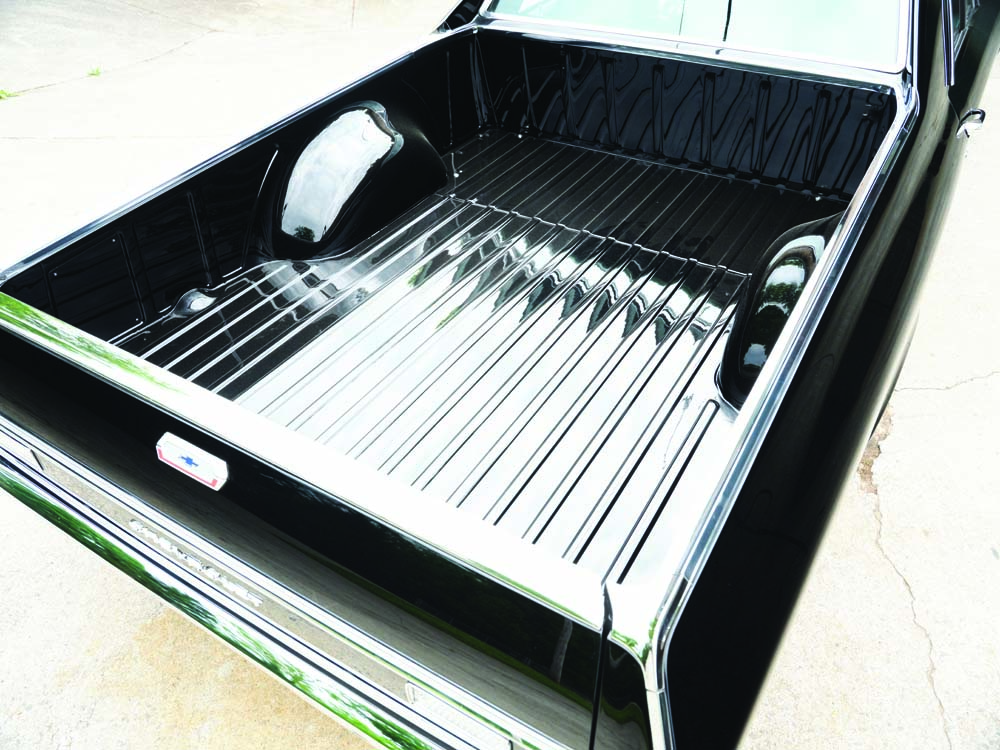 Harnessing the powertrain is a stock frame with a Detroit Speed Independent Front Suspension, which includes the Wilwood Pro dropped spindles, JRi coilovers shocks at the corners, and Wilwood calipers, hubs, and rotors in front and Chevy drums in back while Detroit Speed front and rear sway bars are positioned. Holding this potent chassis off the ground is a set of Super Sport wheels but not factory (although they look the part) but rather are custom made by Billet Specialties measuring 17×7 and 20×9.5 shod with Continental high-performance 235/45ZR17 and 275/45ZR20 rubber. 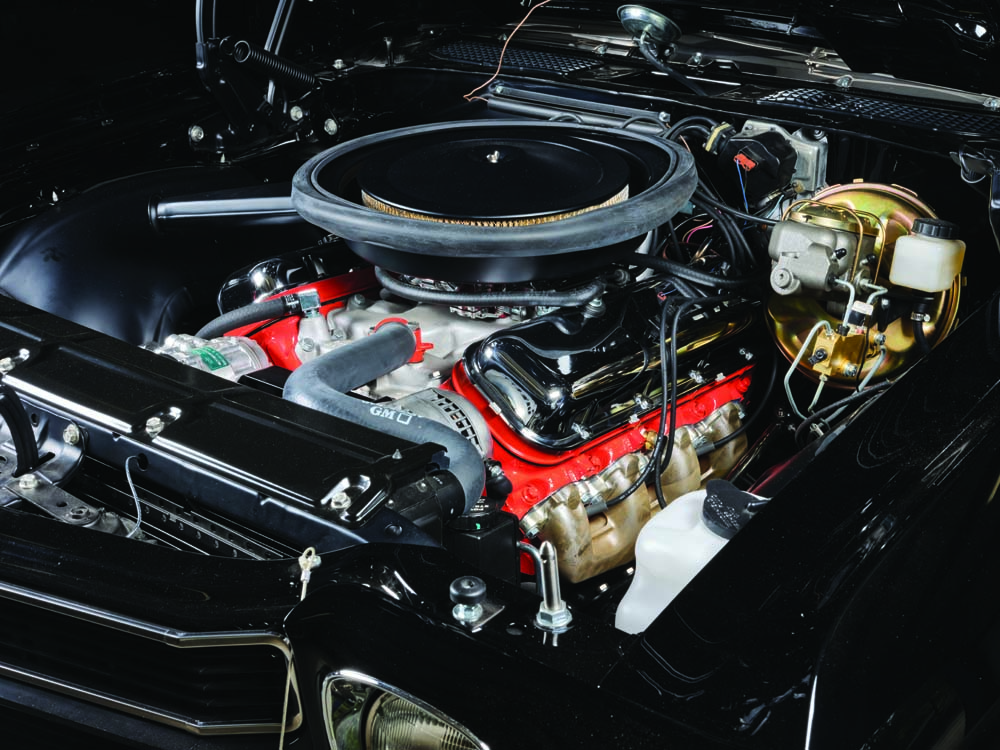 What began as a grocery getter was turned into the heartthrob of the Chevelle world, an LS6 454 equipped and a cowl induction hood street machine, while retaining the remainder of the stock sheetmetal. Alloway’s Hot Rod Shop once again showed their expertise in body- and paintwork covering the El Camino in PPG 9700 Black basecoat with 2002 clear. 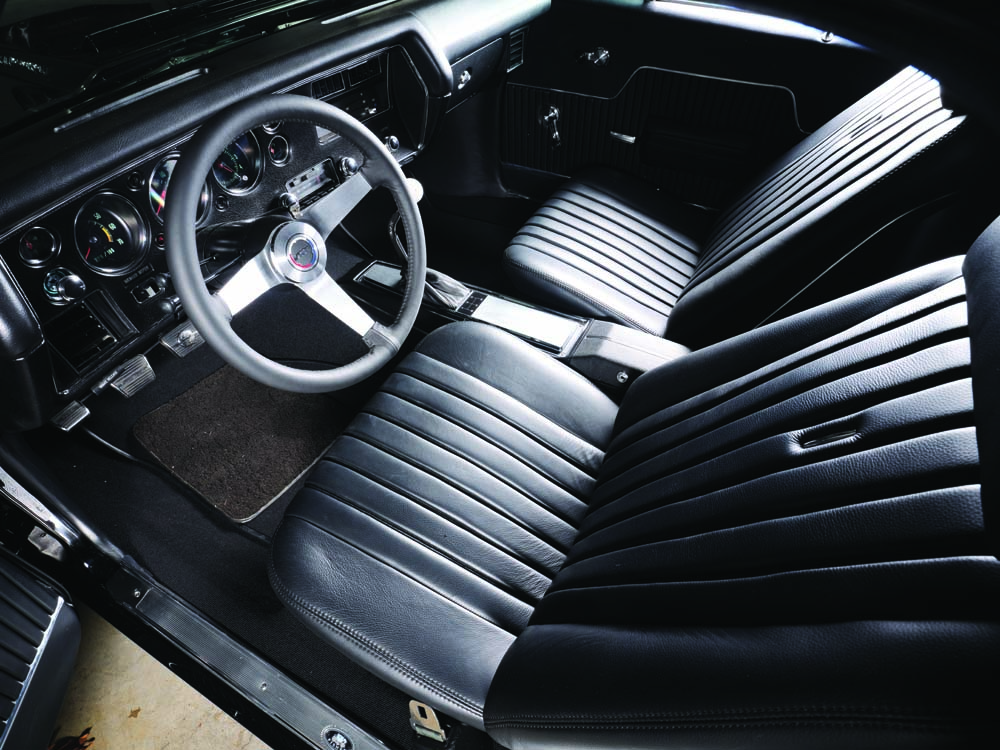 Once again, another peek inside shows off plenty of the original OE look. However, upon closer inspection, you realize that this “re-manufactured” big-block hot rod now sports SS bucket seats minus its original Naugahyde coverings replaced by beautiful black leather stitched by Steve Holcomb of Pro Auto Custom Interior. Holcomb also covered the floor with black Daytona Weave carpeting. Still giving the appearance of stock, the factory dash is furnished with Classic Instruments’ mechanically updated but original-looking gauges. Pulling all the electrics together is plenty of custom wiring harness from the busy hands at Alloway’s Hot Rod Shop. The genie column is now topped with a leather-wrapped Lecarra steering wheel showing off the Chevy factory horn button.