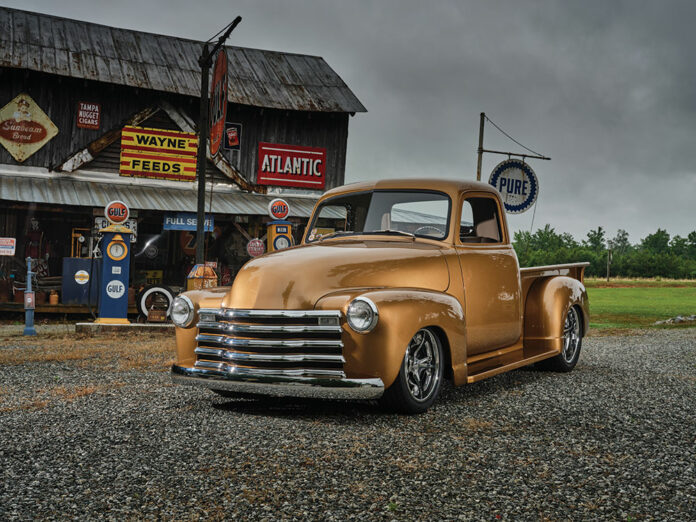 “I’ve had an interest in classic cars since my youth. My dad, Rick, instilled this love at an early age,” Keith Layne recalls, when asked the proverbial “How’d it all start?” in regard to his stunning tribute to his father, the “Fast Layne Fifty.” “My first vehicle was a 1959 Chevy truck that was resurrected from a junk pile for $125 and then rebuilt in my grandfather’s garage. I drove that truck through high school in primer before we painted it Petty Blue my senior year. 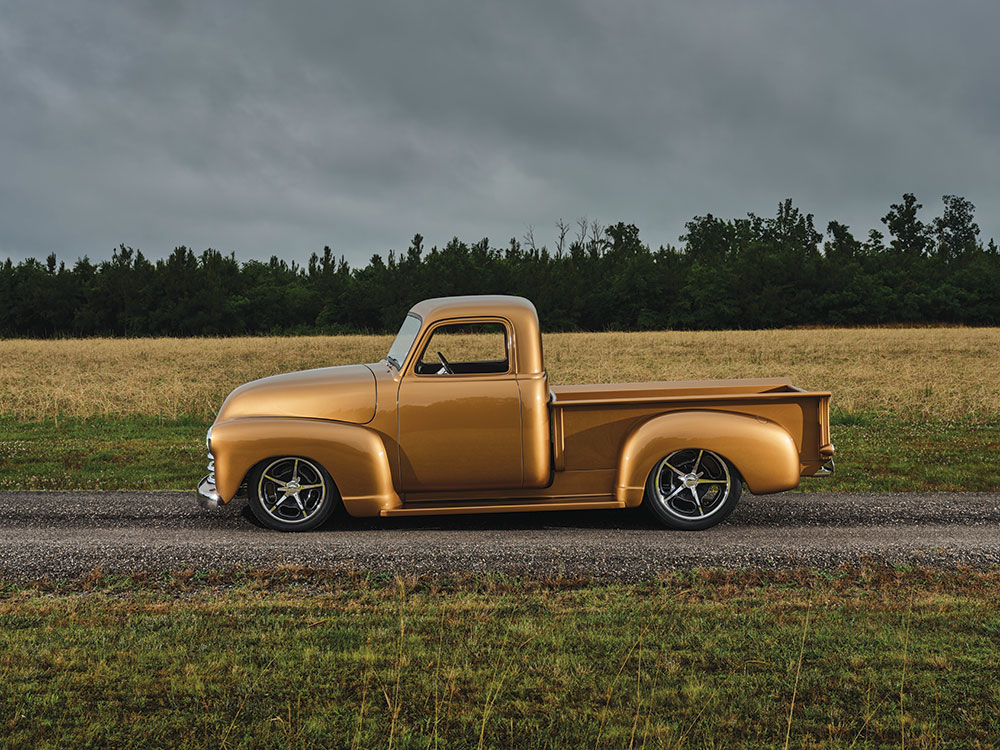 “After graduating pharmacy school at the University of North Carolina, I went into business with my twin brother, Kevin, and pursued my profession at Layne’s Family Pharmacy in Eden, North Carolina. In a small town, the independent pharmacist gets to know patients and their personal hobbies on an intimate level. Through my connections I have been able to purchase several classic cars, including a 1967 Mustang convertible and a 1969 Barracuda,” Keith says. 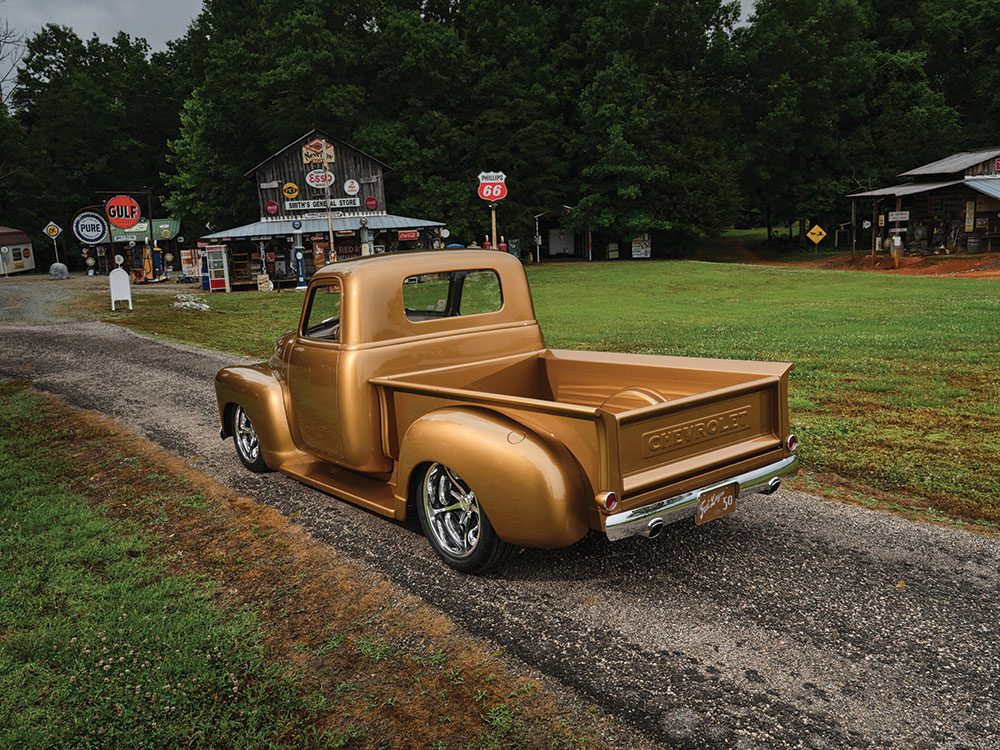 And as you probably already surmised, the acquisition of his 1950 Chevy 3100 came to be through that patient-pharmacist networking of his. Keith continues. “After the [death] of her husband, a patient stopped by to see if I had an interest in looking at the old Chevy truck he had been hoping to restore before he [died]. I figured the old truck had a dollar’s worth of nickel dents and was probably well past rebuilding but out of respect I obliged. Much to our surprise, we found the body in great shape for its age … it still had a Virginia inspection sticker on the windshield dated 1983; it must have been someone’s Sunday truck to be in this good of shape. 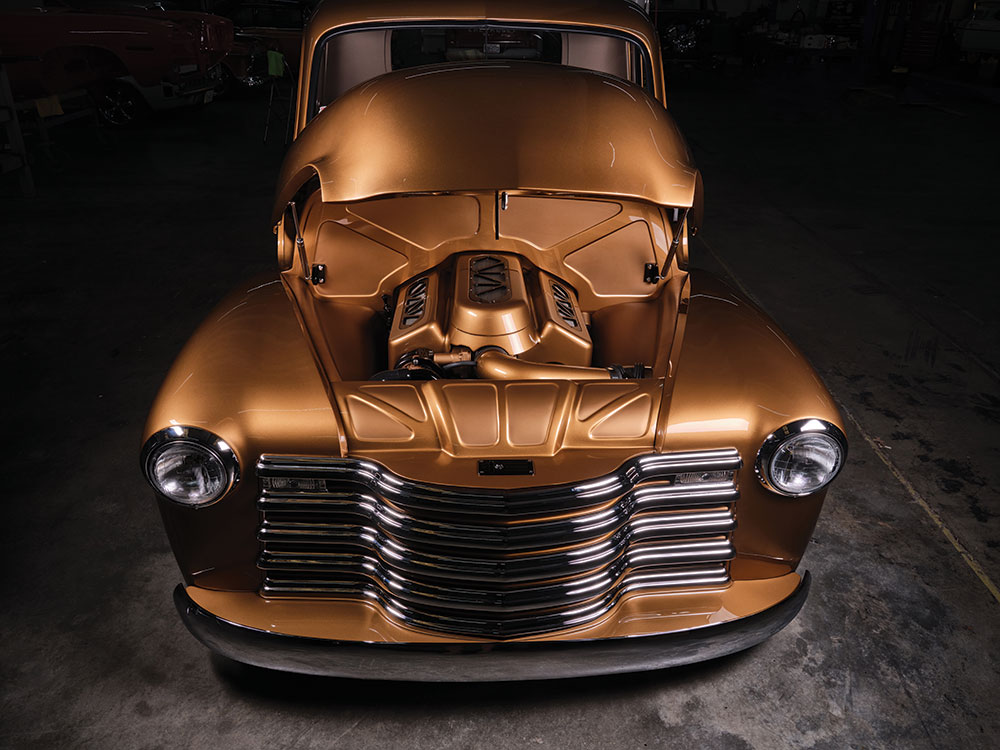 “My initial plan was to restore the truck back to original. However, after the passage of time and careful reflection I decided to go in a different direction altogether … I decided the old truck should have modern running gear and creature comforts so it could be fully enjoyed and appreciated. So, to achieve that, I commissioned Scott Sheets at L&S Customs. [Sheets’] suggestions and expertise were spot-on with this build—I could not have asked for a better partner than he and his crew of meticulous men who looked for—and found—ways to enhance the Advance Design. My only misgiving is that my father, Rick, did not get to see this beautiful hauler before he [died] in 2019. But his passion was genetically passed to me through his Y chromosome, which carried the Bowtie Allele.” 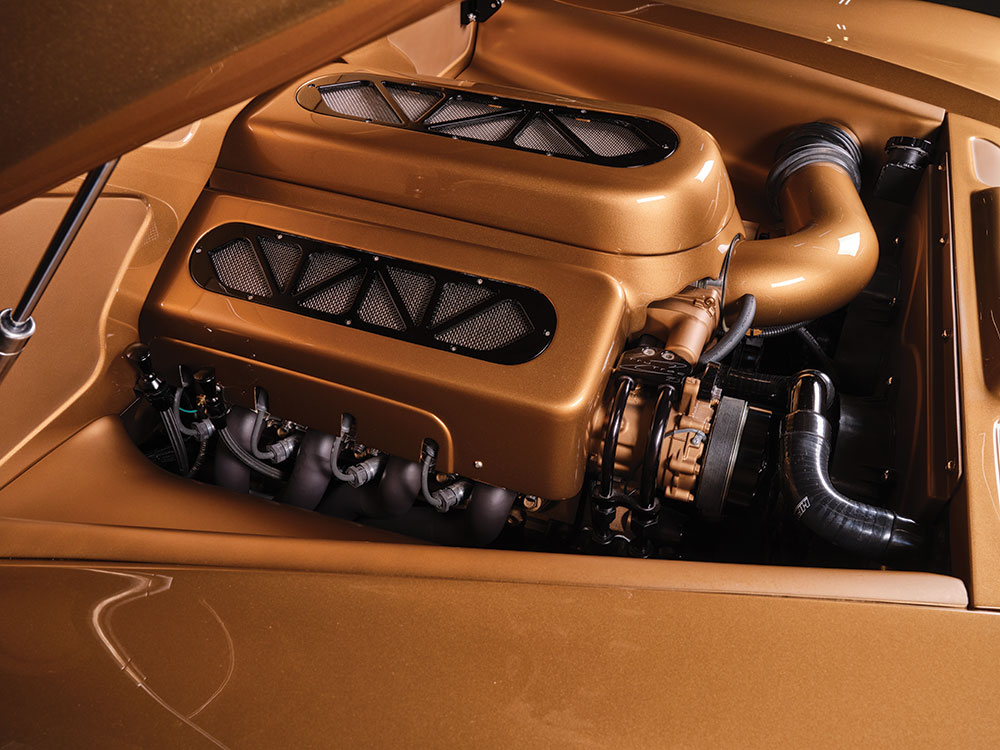 Sheets et al at L&S Customs transformed Keith’s tributary truck by replacing those old farm-fresh underpinnings with a real fresh chassis from JW Rod Garage, complete with a 376ci LS3 engine paired to a 4L60E transmission with a 9-inch rear end (with a triangulated four-link), Wilwood brakes and RideTech damners at all four corners, and a quartet of Schott Accelerator d.concave wheels in 18- and 20-inch offerings. Body-wise, despite the Chevy 3100 being exceptionally nice for its age, as Keith mentioned, L&S Customs spared no expense when it came to customizing and massaging every bit of sheetmetal between the tailgate and the grille—heck, even the tailgate saw its fair share of reworking. Along with a zebrawood bed floor (Bed Wood & Parts), L&S Customs finished off the exterior in a special Canyon Beige metallic PPG mix. For the final touches to complement the interior’s Classic Instruments gauges and ididit/Billet Specialties Steering Wheel, they relied on the experts at the Recovery Room (Plattsmouth, Nebraska) to do what they do best: some of the best upholstery work in the business, hands down. The combination of leather, wool, and square-weave in brown and tan literally set Fast Layne Fifty over the top.