Replacing Window Regulators, Side Glass, and Weatherstripping on a Chevy II

When the first Chevy II rolled off the assembly line in 1962, few people, including those at General Motors who designed and built it, would have guessed that 60 years later these cars would still be sought after.

The Chevy II came about because Chevrolet needed to fill a void in their product line. In 1960 Ford introduced the Falcon as a small, affordable option to a fullsize car. General Motors’ pre-shrunk auto option that year was the Corvair. But despite the fact the motoring press praised Chevy’s bold new offering (the Corvair was Motor Trend magazine’s 1960 Car of the Year), the buying public wasn’t as enthusiastic. By the time Ralph Nader expressed his disdain for the air-cooled, rear-engine Corvair, Chevrolet desperately needed a “Falcon fighter”—and the first series Chevy II (1962-1967) was it.

While the Chevy II was initially marketed as a compact car, when a V-8 option was introduced in 1964, performance enthusiasts took notice (the horsepower high point being the ’66 RPO L79 350hp 327). However, the little Chevy would soon be overshadowed by the Camaro and Chevelle, in part thanks to the powers at GM deciding to eliminate the Chevy II’s 350-horse option. Nonetheless, the ’62-67 Chevy IIs are still a favorite with Chevy performance fans. The ’63 Jason Scudellari built for his wife, Randi, proves just how cool they can be.

Check it out: Taking the Worry Out of Wiring – Installing an American Autowire Harness on a 67 Nova

Although it’s impossible to tell now, Jason started out with a car that was rough. In fact, it was so rough he got it for free. But tenacity paid off and with the chassis and running gear done and with the body- and paintwork finished, the time came for final assembly. That meant Scudellari had to replace all the glass, door latches, and weatherstripping. None of the original glass was usable so he went to Classic Industries for a ’62-65 Chevy II, six-piece clear side glass kit. It included glass for the right and left vents, doors, and quarter windows. In addition, new window regulators and door latch hardware to replace the worn-out originals were also sourced from Classic Industries.

One of the final steps in rejuvenating the Chevy was replacing the weatherstripping. While that seems simple enough, problems like water leaks, wind noise, and difficult-to-close doors are seldom the result of the installation process, rather the design and composition of inferior weatherstripping. To ensure the rubber seals would all fit and function as they should, Scudellari turned to Steele Rubber Products for a Body Weatherstrip Kit (PN 90-3046-90). Included are side window leading edge seals, hardtop roof rail weatherstrip, trunk weatherstrip, and door weatherstrips. The finishing touch was added by a set of Lokar billet aluminum door and window crank handles.

The first series Chevy IIs may have been one of the littlest offerings of their day that wore a Bowtie, but they proved beyond a shadow of a doubt that good things come in small packages. 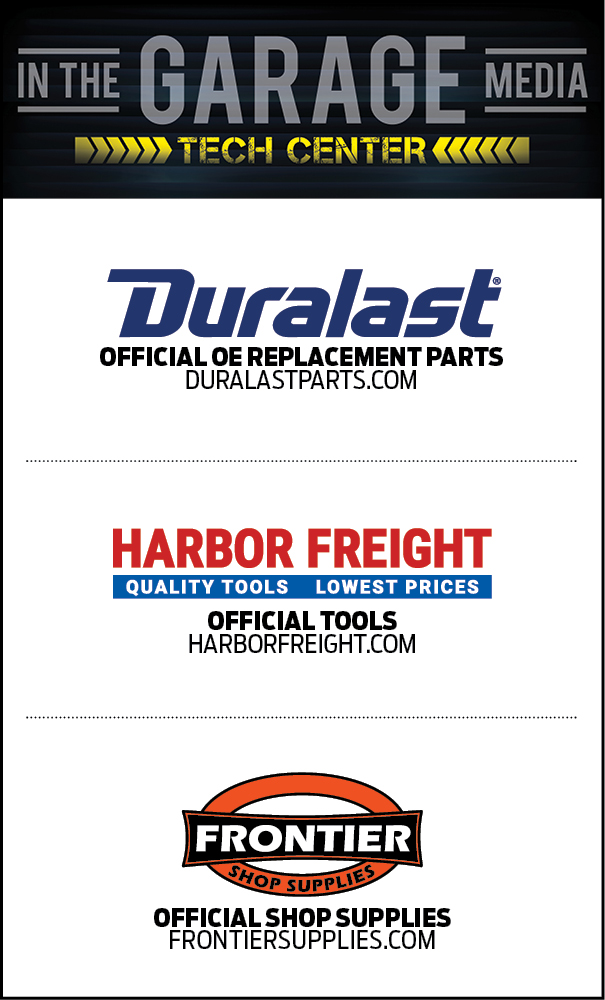