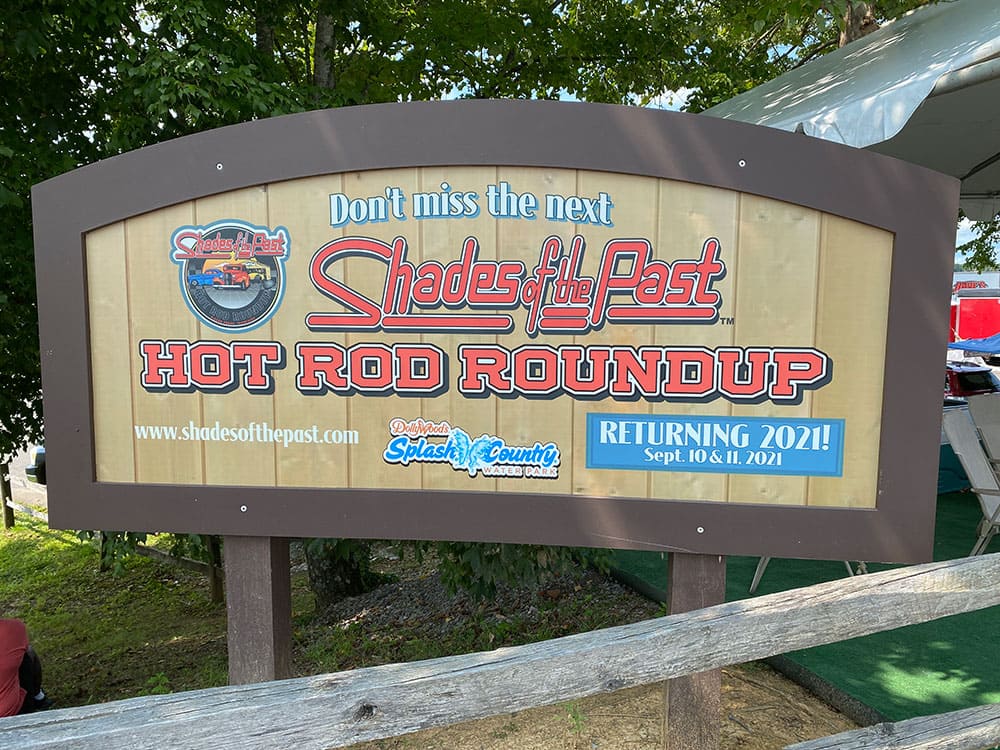 Hosted by the Shades of the Past Car Club, it’s also Home to the Triple Crown of Rodding

By Brian Brennan – Photography By the Author & George Keel

It feels good to be back “on the road” attending our favorite rod runs. One of our very favorites is the Hot Rod Roundup, this year the 38th, hosted by Shades of the Past Street Rod Association at Dollywood’s Splash Country in Pigeon Forge, Tennessee. For as long as we can remember the Top 25 was, is, and most likely will always be one of the coveted awards handed out at any regional event. Why? The quality of the cars in attendance is truly second to none and with 2,269 registered participants this event should be on everyone’s list to see. It’s always held on the Friday and Saturday after Labor Day, making the 2022 event to be held on September 9-10.

Taken from the Top 25 is the Magnificent 7, as these seven are held to a higher bar, but then the proverbial noose tightens as three hot rods are taken from this group and represent the Triple Crown of Rodding (TCR) with the awards sponsored this year by Modern Rodding, Advanced Plating, Classic Instruments, and Vintage Air. The TCR is made up of three build disciplines: Best Street Rod, Best Street Machine, and Best Street Cruiser. That’s a bunch of truly amazing hot rods for all to enjoy. There’s one judging crew who does all of the reckoning and makes all of the picks. Not an enviable job at all. These judges select the Top 25, from here the Magnificent 7, and then the TCR. Aside from a monogramed gear bag, which contains a custom jacket and a host of other cool goodies, two of these 25 will become the cars represented on the next year’s event T-shirt. The cars and trucks are divided into two categories; one represents pre ’49 and the second represents post ’48. One from each grouping is selected and for the 2022 event you will see Jim Houston’s ’34 Chevy as the pre ’49 representative and Chip Caldwell’s ’71 Camaro as the post-’48 selection.

The Hot Rod Roundup is held yearly at Dollywood’s Splash Country, which lies between Dollywood and the DreamMore Resort all nestled within the town of Pigeon Forge at the entrance to the Great Smoky Mountains in Tennessee. You would be hard pressed to come up with a more idyllic setting for a hot rod run. Nearby towns are filled with plenty of sights for family or individuals to visit and there are plenty of great eating places. (Well, did you think I would get through an entire event and not sample the local cuisine–multiple times?)

The event is also known for its numerous specialty awards, with this year’s event handing out around 33 such recognitions. All of the awards are cool and the cars/trucks that win are also very cool and any hot rodder would be happy to drive any of them home. It’s also known for its 50/50 drawing and this year was a doozy. Holding the winning ticket (#09509) was Bobby Beatson Jr. who purchased two tickets and for his investment he went home with $30,000. Now that’s a 50/50 drawing. The remaining funds are used by the club for numerous local charities. Another cash prize winner was James Hudspeth who had pre registered (#1139) for the event (May 15 deadline) and walked off with $10,000. Those are some pretty impressive cash prize awards but one would have to think that the winner of the ’32 Ford highboy roadster built by Alloway’s Hot Rod Shop was the truly big-time winner. This year the silver highboy was driven home by Bobby Boone (#1095). Talk about all smiles and miles of smiles to come! (We should mention Bobby was the second number picked–now that’s just a bummer to have come oh so close only to go home with just one hot rod, your own. Well, that’s not really a bad thing but one hot rodder came oh-so close only to come up “not present.”) 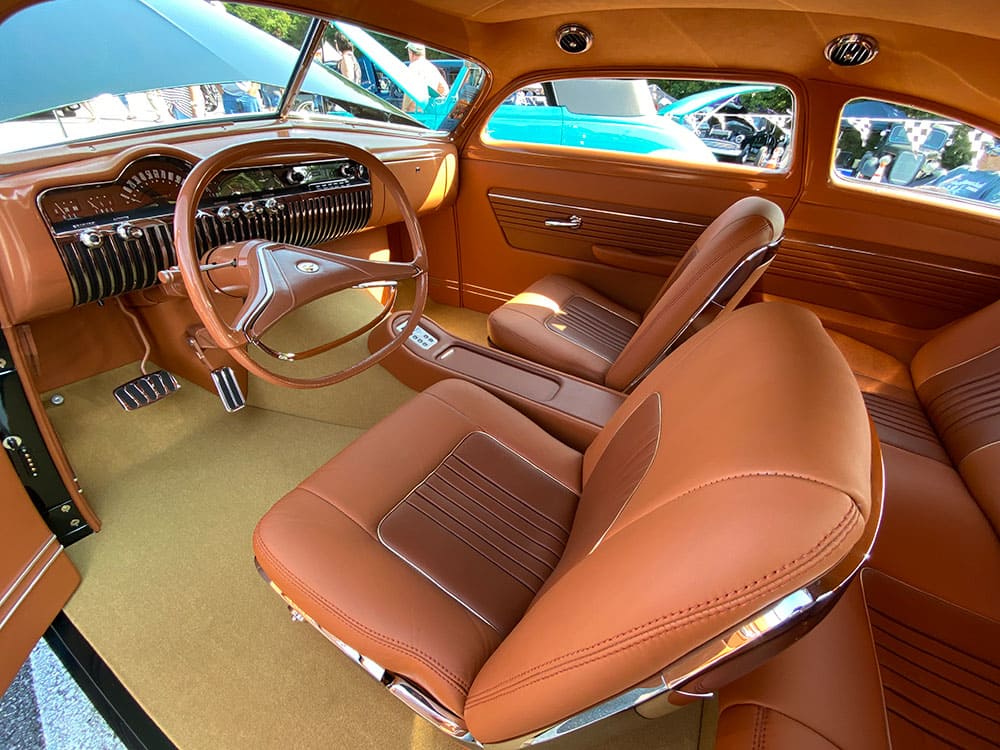 The seven hot rods taken from the Top 25 represent the Magnificent 7. This year they are Bob Johnson with his ’36 Ford roadster (#316). Many of you will remember it as a former America’s Most Beautiful Roadster winner when owned by George Poteet. Next up is the stunning ’41 two-door Chevy (#1626) that began life as a four-door sedan belonging to Wes Rydell and built by Rad Rides by Troy, the ’71 Maverick (#1074) belonging to Jimmy Shaw built by Greening Auto Company, the ’51 Merc (#1705) belonging to Waren Wbker and built by Frank Tetro, the ’69 Camaro (#1940) built by Steve Cook Creations, Jason Graham’s own ’63-1/2 Ford Galaxie (#1801) built at his shop Jason Graham Hot Rods, and the ’66 Charger (#51) belonging to Doyle Thomas and built by Mike Rutter of Rutterz Rodz. 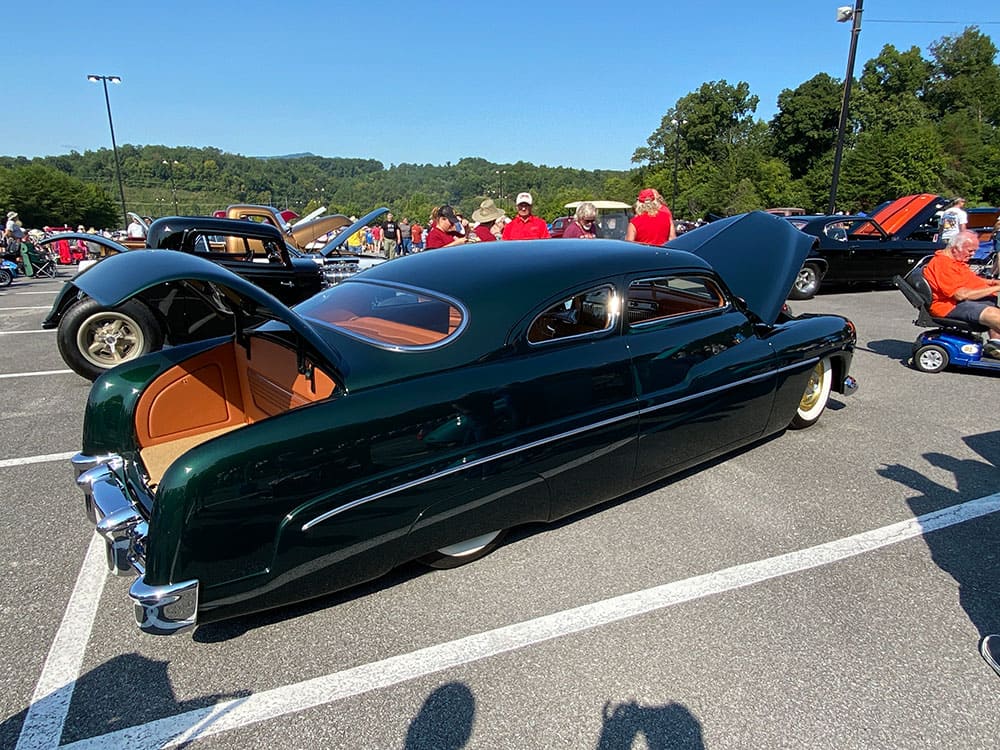 It was good to see that the Triple Crown of Rodding award (all three) survived the crazy past year and a half to look as good as ever. It was also rewarding to see the winners and the crowd at the Hot Rod Roundup very excited by sticking around and cheerfully applauding each of the winners who themselves were very excited.

From this magnificent grouping comes the next cut off of three who were selected as the Triple Crown of Rodding winners in the following three categories, Best Street Rod, Best Street Machine, and Best Street Cruiser. Once again, the judging crew who selected the Top 25 and the Magnificent 7 were also responsible for selecting the final three representing the TCR. Again, that’s a brutal job. 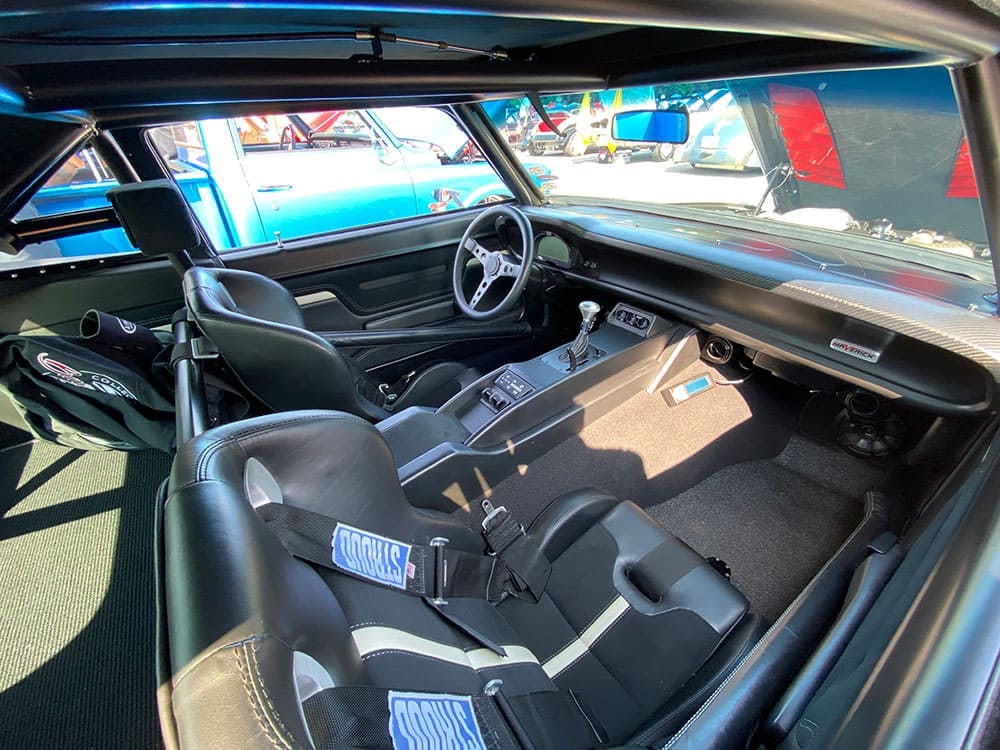 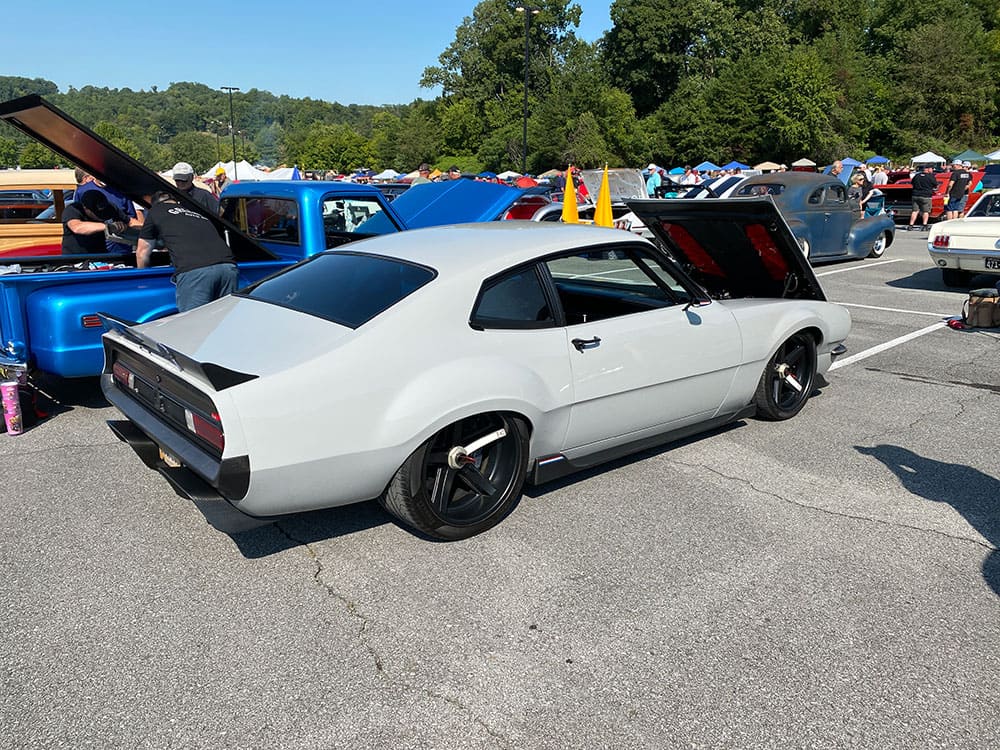 Taking home top honors in the Best Street Rod category was the ’36 Ford roadster owned by Bob Johnson while Best Street Machine went to Jimmy Shaw for his ’71 Maverick, and Best Street Cruiser went to Waren Wbker for his ’51 Mercury.

Well, there are many great events around the country and all of us should try and see as many as we can. Sure, there are many great cars to see but there are even more great hot rodders everywhere to share all of our personal stories with and that’s why we do this–it’s the people who make this all worthwhile. MR