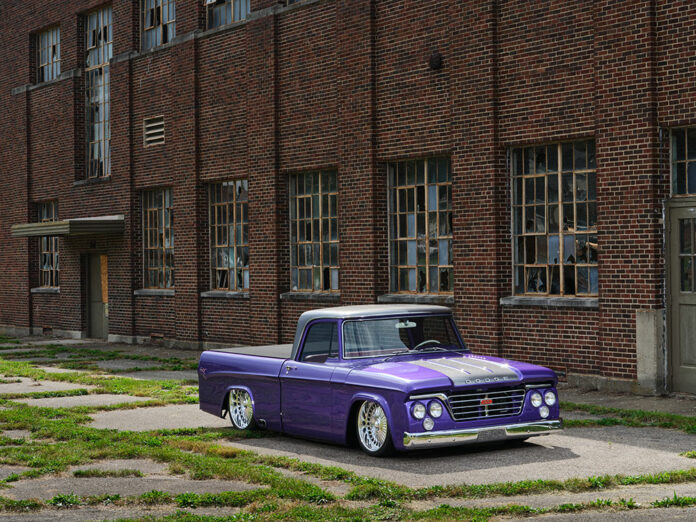 “… Wanted to build a truck but wanted to do something other than a Chevy or Ford” were builder/owner Dale Deburger’s exact words when asked the proverbial “why” he built this gorgeous Dodge Sweptline. To take it one step further, he kept it slant-six powered! Now that’s going the extra mile to be different, but at the same time just as cool, if not cooler, than any Bowtie or Blue Oval on the block …. that’s for sure! 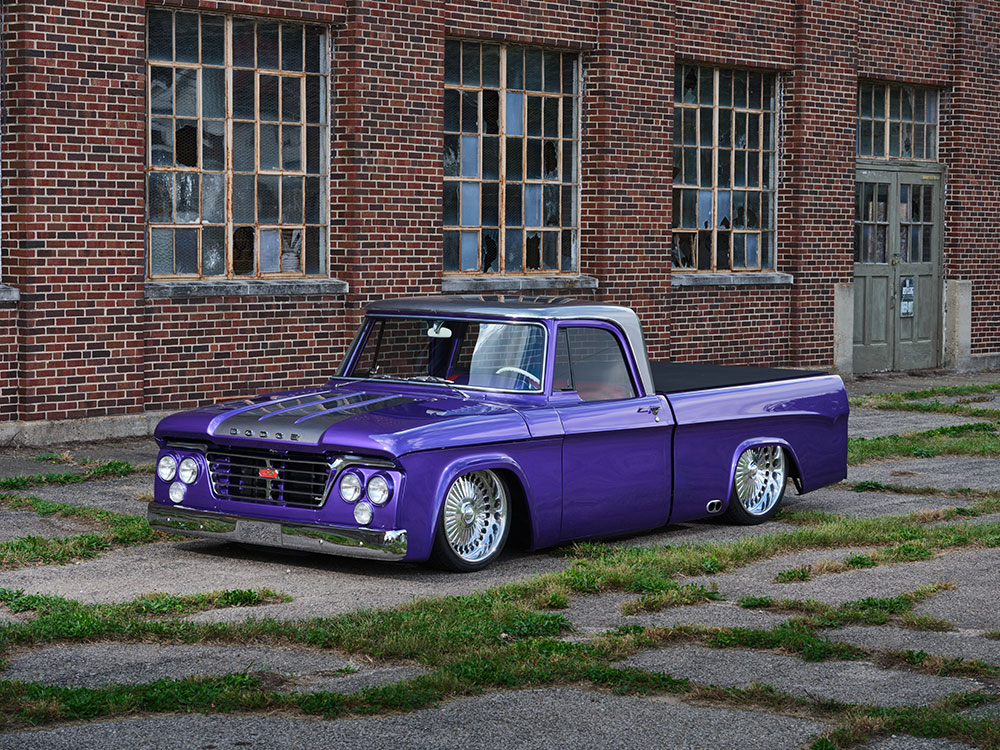 Started back in 2017 by Dale and Indianapolis’ Tom Culbertson, the D100’s aforementioned powerplant is definitely a topic of conversation in and of itself. Original to the 1965 Dodge, its 225ci slant-6 engine has been machined by Jimmies Motor Machine and equipped with a host of Aussiespeed Street & Racing Products go-fast goodies—from the cam and long-runner (Holley) four-barrel intake to the headers (feeding Flowmaster mufflers) and PerTronix ignition system. The leaning tower of inline-6 engine power is backed by the original 727 TorqueFlite transmission and a semi floating Mopar 8.75 rear end. 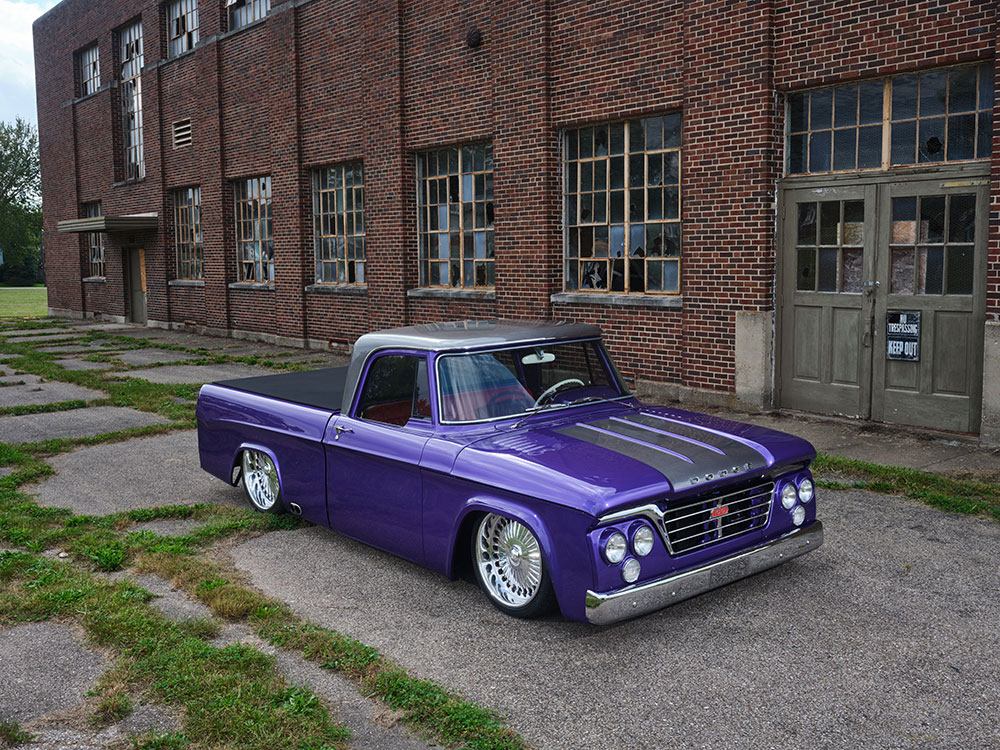 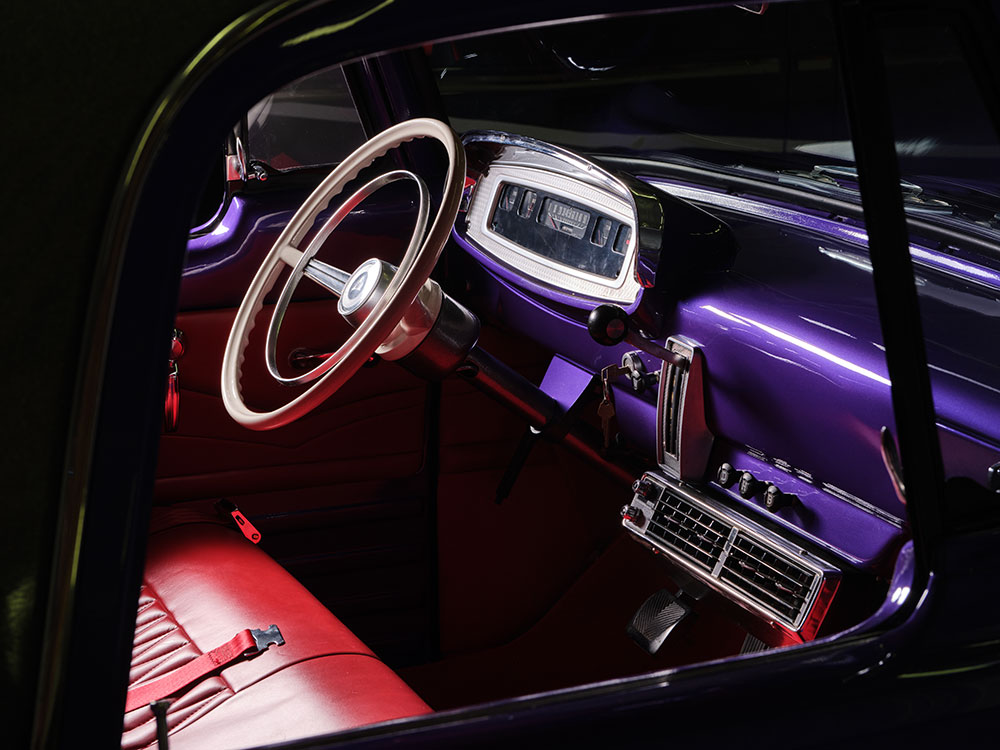 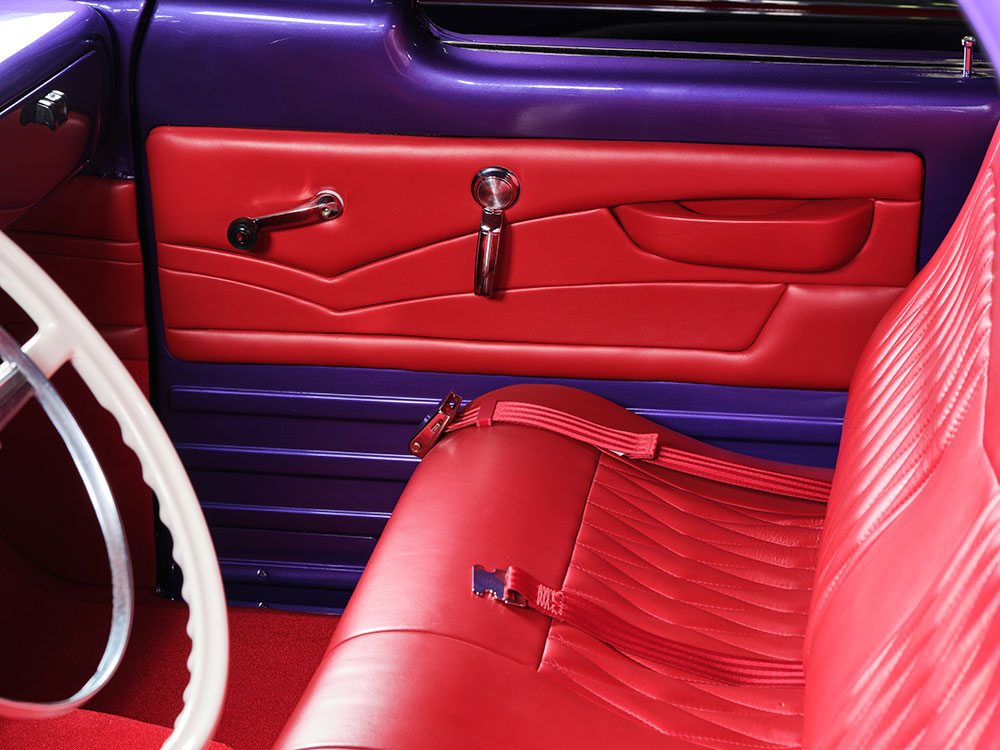 Finally, after Culbertson wired the Dodge with a Painless Performance Products kit, it was once again farmed out, this time to Mikey’s Kustom Upholstery in Deputy, Indiana, for the spot-on complementing hot rod red leather interior. The majority of the truck’s OE components were left intact, from the steering to the instrumentation to that unmistakable dash-mounted automatic shifter! 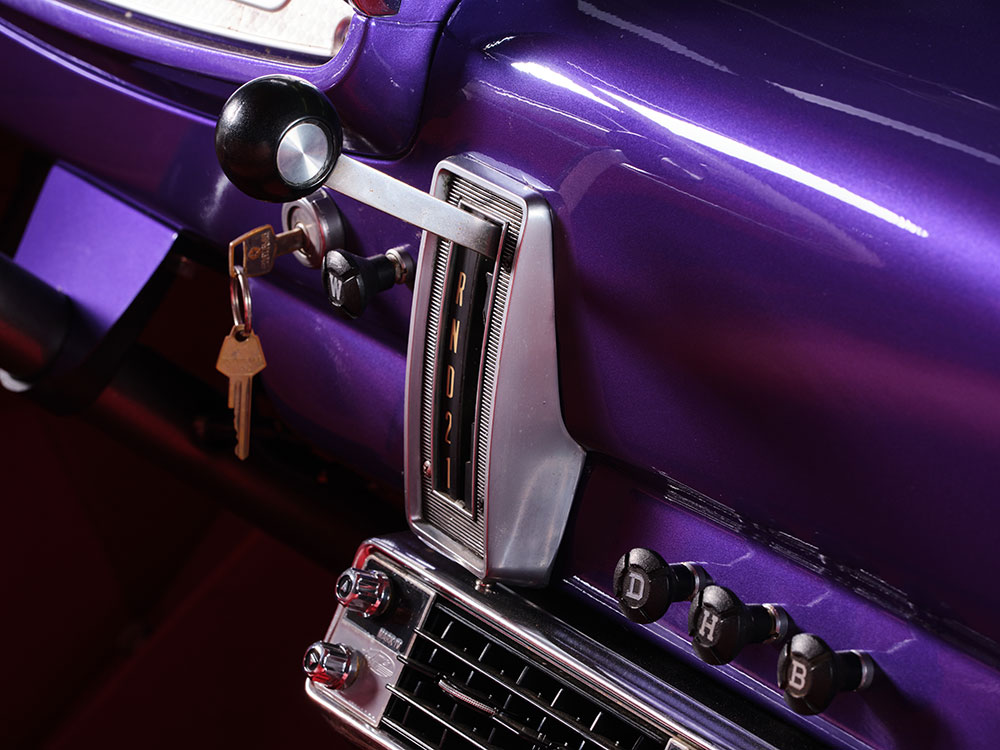 It goes without saying: it’s always a fresh breath of air seeing a variation from the norm … even more so when it’s a stunning build such as Dale’s beautiful Sweptline Dodge!