In The Garage Media
All Chevy PerformanceTech – ACPTech - Interior - ACP 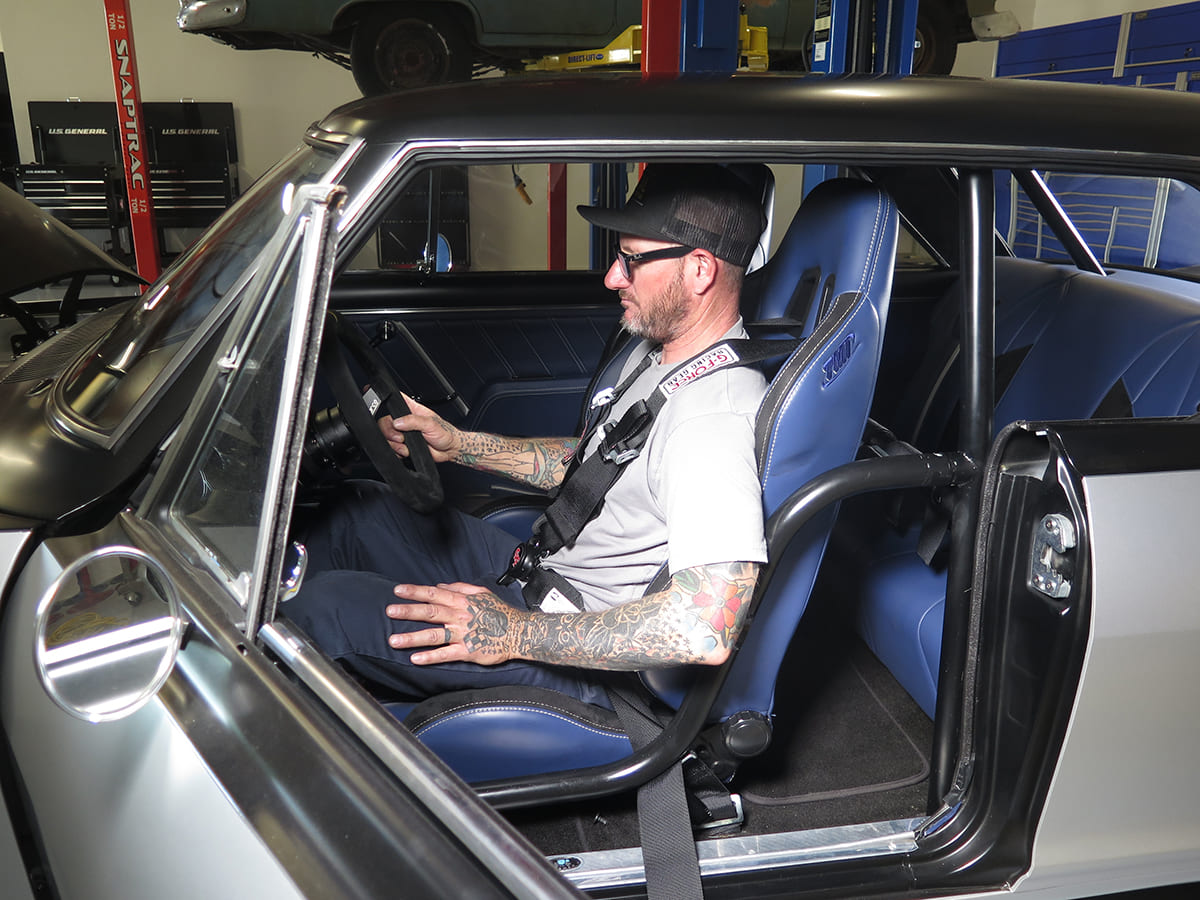 When it comes to safely securing the human cargo in a pre-’70s Chevy, it’s rare to find an option that improves upon the basic lap belt. Vehicle designs of the time were more based on styling than safety, so when it comes to upgrading the restraint system in a vintage Chevy, one’s often faced with some daunting decisions. Such was the case when Jason Scudellari was bolting together a 1963 Chevy Nova for his wife, Randi. The lack of Bb-pillars in the hardtop meant even something as simple as mounting a traditional three-point shoulder restraint was out of the question. One of the motivations behind the build was to take it to track days and autocross events, pushing the supercharged LS engine through it’s rev range and around the course. That said, Jason decided that the safety of it’s precious cargo would be paramount, and a pair of lap belts just wouldn’t do. 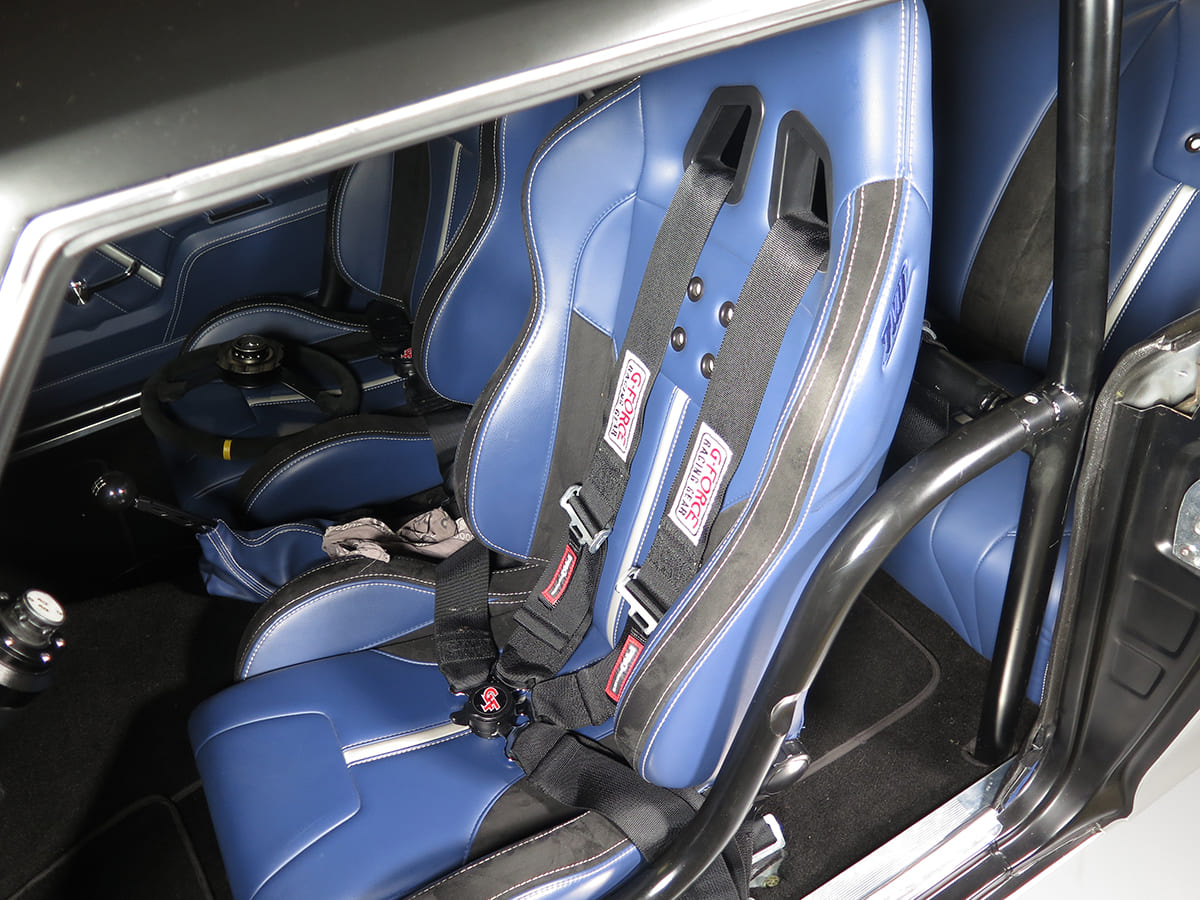 A G-Force Racing Gear Four-Point Harness is used to keep both the driver and passenger safely strapped to the TMI seats. The lack of any kind of shoulder restraint in the hard top Nova makes it hard to use anything other than a simple lap belt without similar modifications to what Jason has made.While perusing his interior options with TMI Products, Jason spotted their Pro-Chicane Series bucket seats. Knowing that the provided bolster support would be perfect to keep the occupants planted, it was the shoulder harness cutouts that got the wheels turning. A separate conversation with Craig Morrison at Art Morrison Enterprises and Jason had the solution to his safety problem. Jason mentioned his idea for a simple harness bar, mounted to the floor behind the front seats to act as the upper mounting point for a four-point harness system from G-Force Racing Gear.  Morrison recommended taking things a step further by incorporating the harness bar with a full rollbar that will span the entire height and width of the interior of the car, providing further safety for the occupants. To support the rollbar, a pair of removable door bars would be incorporated, as would a pair of rear support tubes, connecting the top of the rollbar with the rear floor of the Nova’s body. It should be noted that while this setup definitely adds a degree or two of safety to the vehicle, building a full rollcage that met the specs of any sanctioning body was not the intention.

With a plan in place, Jason then headed to the shop, measuring tape in hand to get a laundry list of dimensions from the Nova to  Morrison and the crew at Art Morrison Enterprises so that they could bend up the necessary tubes for the harness bar-cum-rollcage design. The guys then took those dimensions and bent up the tubing, leaving things a little long so that Jason could trim each piece of tubing to fit nice and snug inside the confines of the 1963.

Upgrading from a simple set of lap belts to a four-point harness with a rollbar ended up transforming Randi’s Nova from ’60s-era safety appointments to a more aggressive, performance-minded design. The side and thigh bolsters of the TMI Pro-Chicane seats, combined with the security of the G-Force Racing Gear four-point harness, provides the ultimate race-inspired upgrades to ensure the occupants stay safe and stay put no matter how hard the Nova is pushed through the turns. ACP