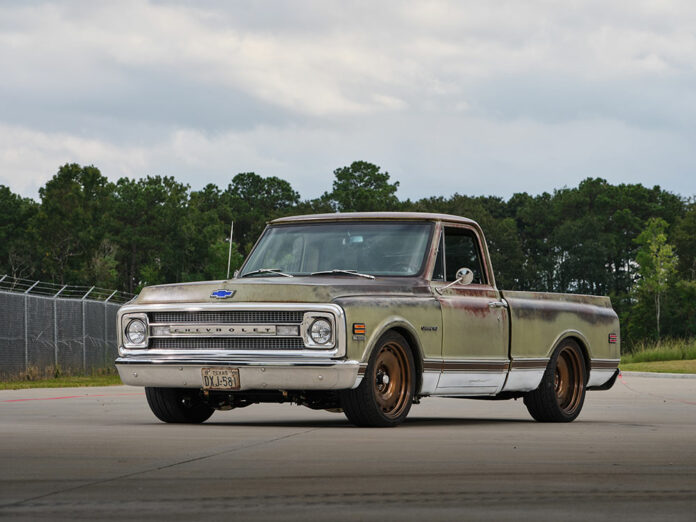 Two months prior to Slick’s Fab Shop taking on Stephen Medeiros’ ’67 C10, they’d already embarked on his first C10 project—a nature-preserved original-but-modernized ’69 SWB. “When Steve bought the truck, it was a complete basketcase and needed a lot of attention and parts.” That was in June of 2020 … here we are just a little over a year later and that basket and its absence of parts is, well, anything but! 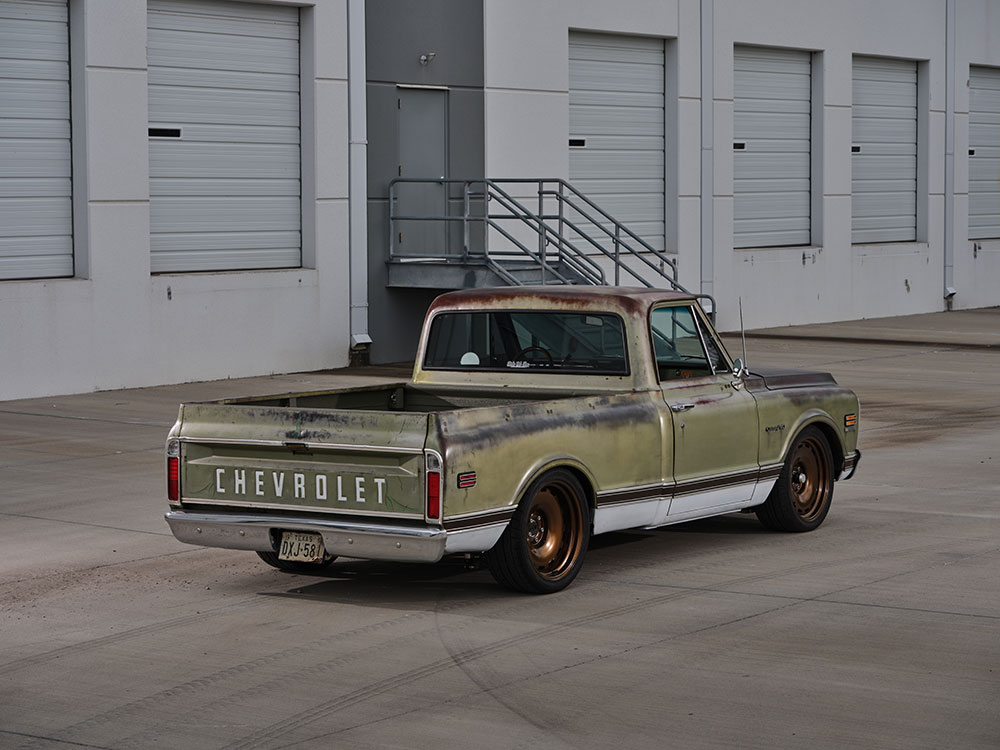 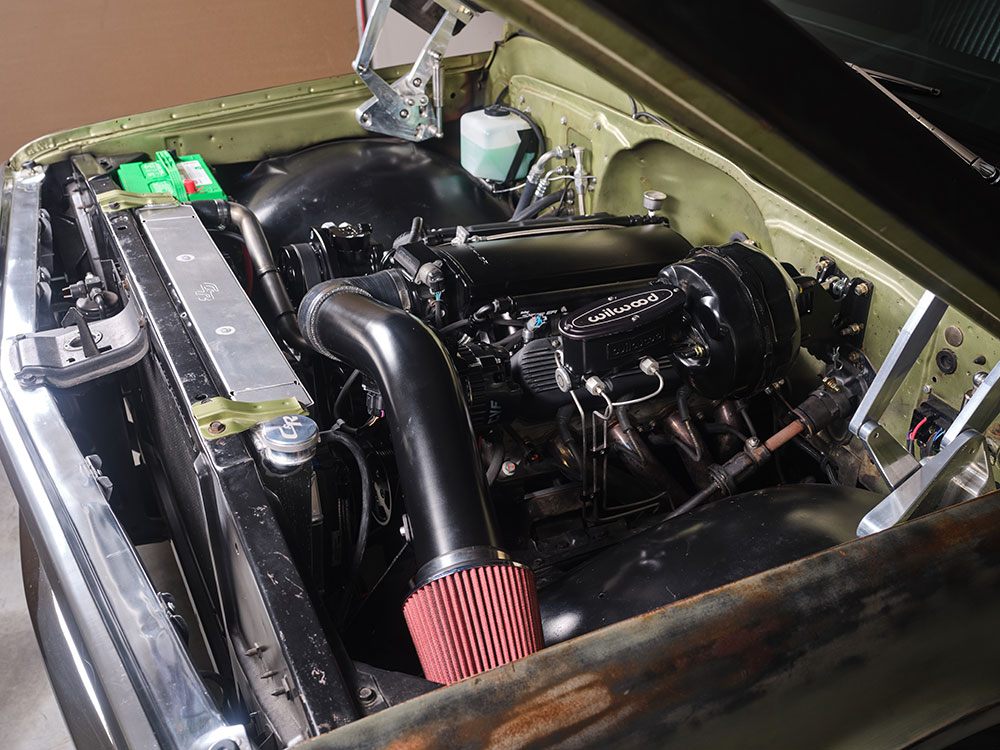 Slick’s Mark Endersbee preserved that natural patina with a healthy coating of PPG satin clear—but not before a bit of traditional pinstriping was added fore and aft. Some new brightwork was added to help liven up the aged exterior, but for the most part, she’s as-was—right down to the steel truck bed floor. Similarly, the interior features OE-type green vinyl upholstery, however just like its shiny brother, the ’69 C10 features updated Dakota Digital RTX instrumentation—this time flanking an ididit steering column topped with a Forever Sharp steering wheel. 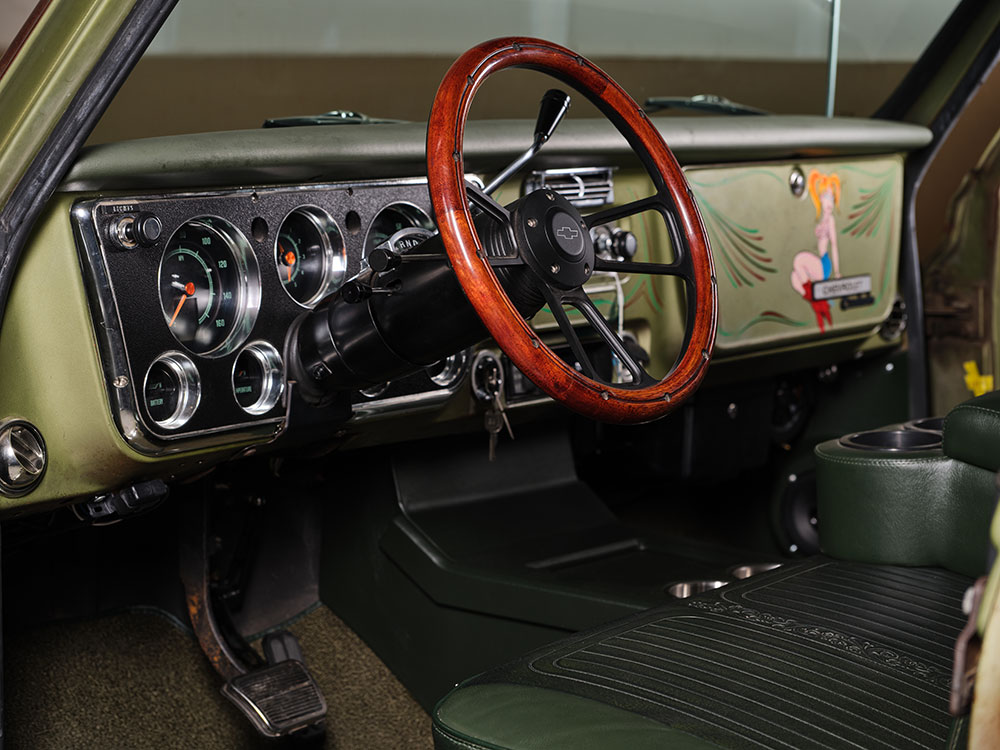 The reason for originally building this one for Medeiros? As Slick’s put it, simply because “Steve is a big fan of ’69 C10s and wanted a badass Chevy, so it just made sense!”