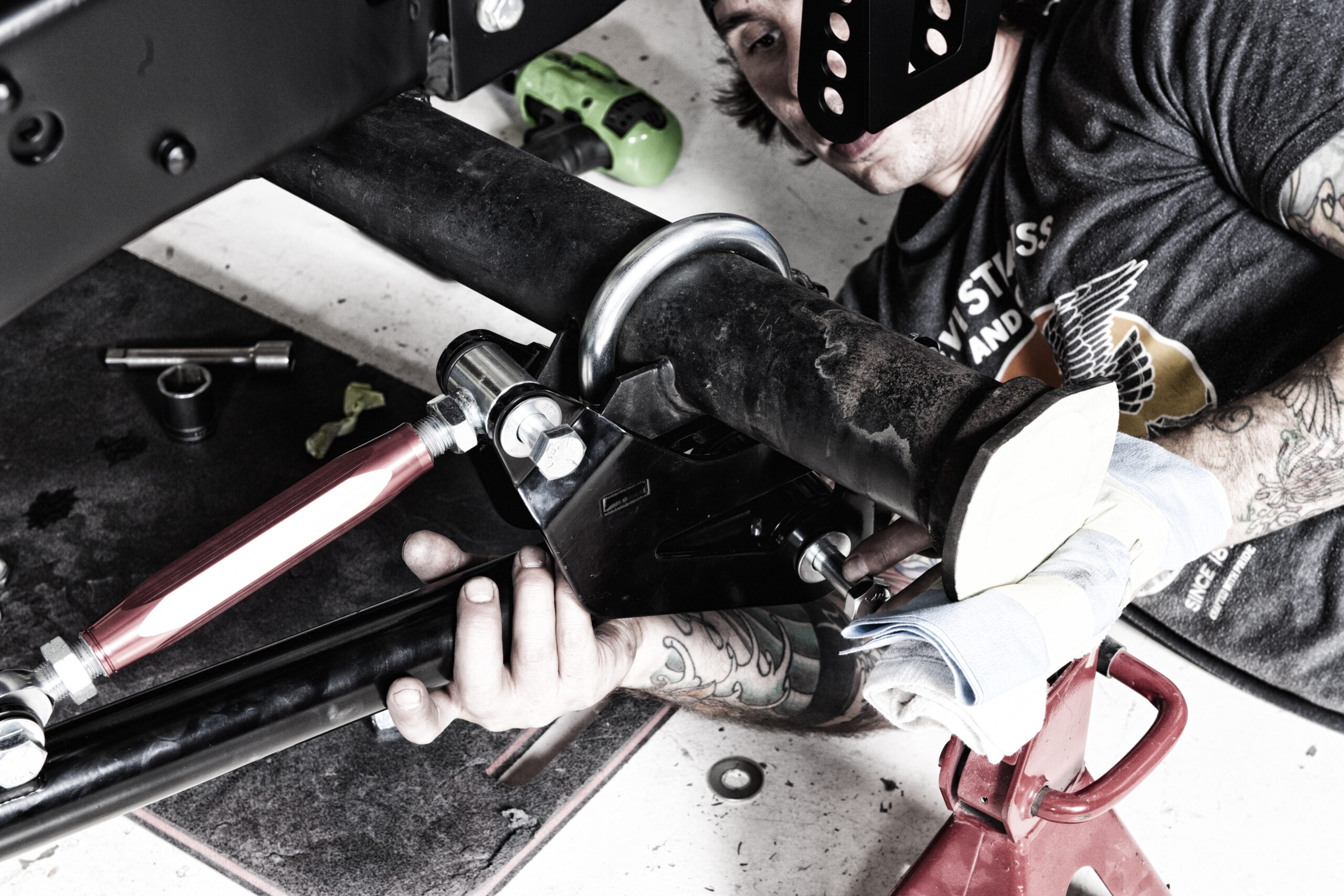 When Pete and Leslie Richmond sat down with the Cotati Speed Shop crew to determine how to get their 1968 C10 to sit right, look good, handle well, and stop even better, the one thing they knew was that they were going with a company that offered a “full system.” They knew that mixing and matching components had the risk of incompatibility. It was also decided that they wanted a system that would allow for full adjustability when it came to the stance as well as the handling of the truck. Stock coil springs and non-adjustable tube shocks wouldn’t cut it nor would the stock trailing arm setup out back.

Last month, we followed along with the Cotati Speed Shop crew as they installed a QA1 front suspension kit from Speedway Motors on the Richmond C10, so it should come as no surprise that when it came to addressing the rear suspension, the guys went with more of the same.

Installation of the QA1 suspension kits begins with the removal of a number of crossmembers, as well as a handful of stock brackets. Thankfully, the Cotati Speed Shop crew did the dirty work before we arrived, going so far as sending the chassis out for blasting and powder coating after they installed the new QA1 C-notch and shock brackets. We showed up just in time to catch the guys as they started bolting in all the new componentry. CTP