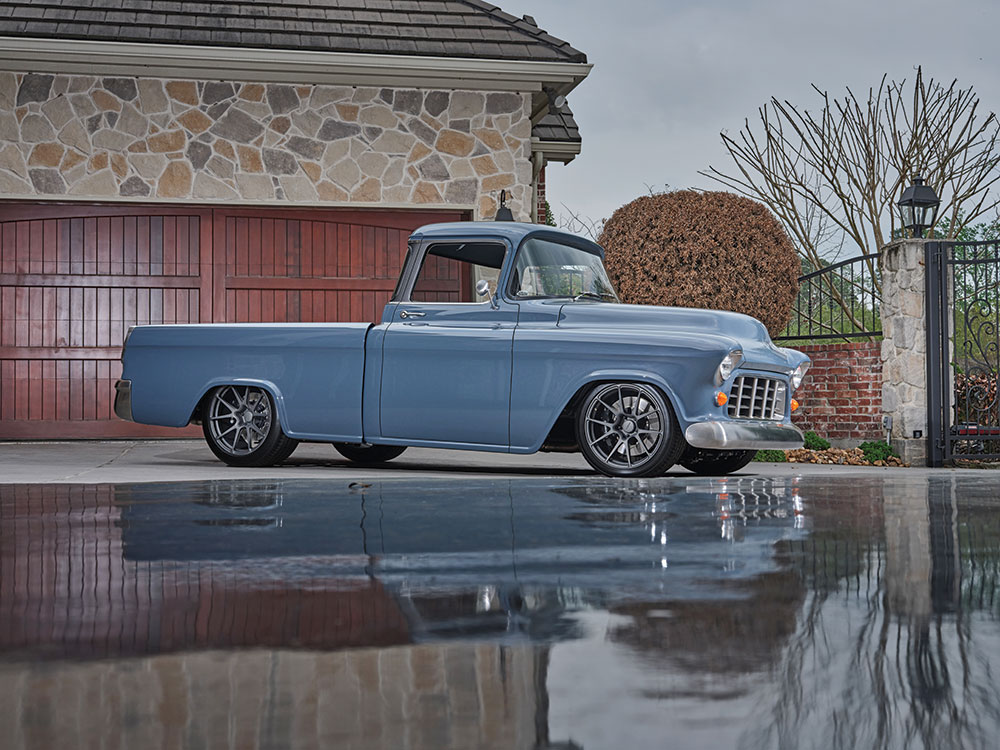 For 20-plus years Texan Bob Garwood spent much of his behind-the-wheel time piloting a Super Late Model race car. However, by 2006, for “therapy and cost savings,” he opted to devote that seat time behind the wheel to hot rods, and has done so ever since. 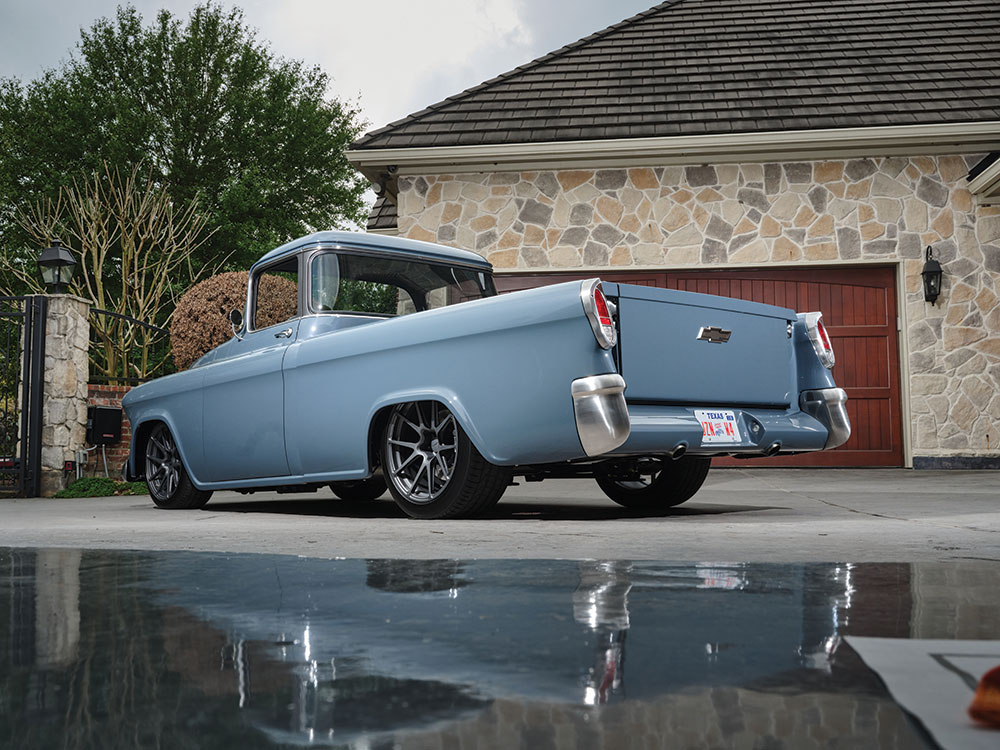 Bob began his “off-track” adventure with a ’65 Buick Riviera he’d commissioned Mike Goldman Customs (Mike, Sherry, and Talbert Goldman) in Meridian, Mississippi, to build for him. It was because of the high level of craftsmanship and performance achieved that when it came time to embark on his ’55 Cameo project he’d acquired in 2012, well, the decision was already made as far as who would be responsible. 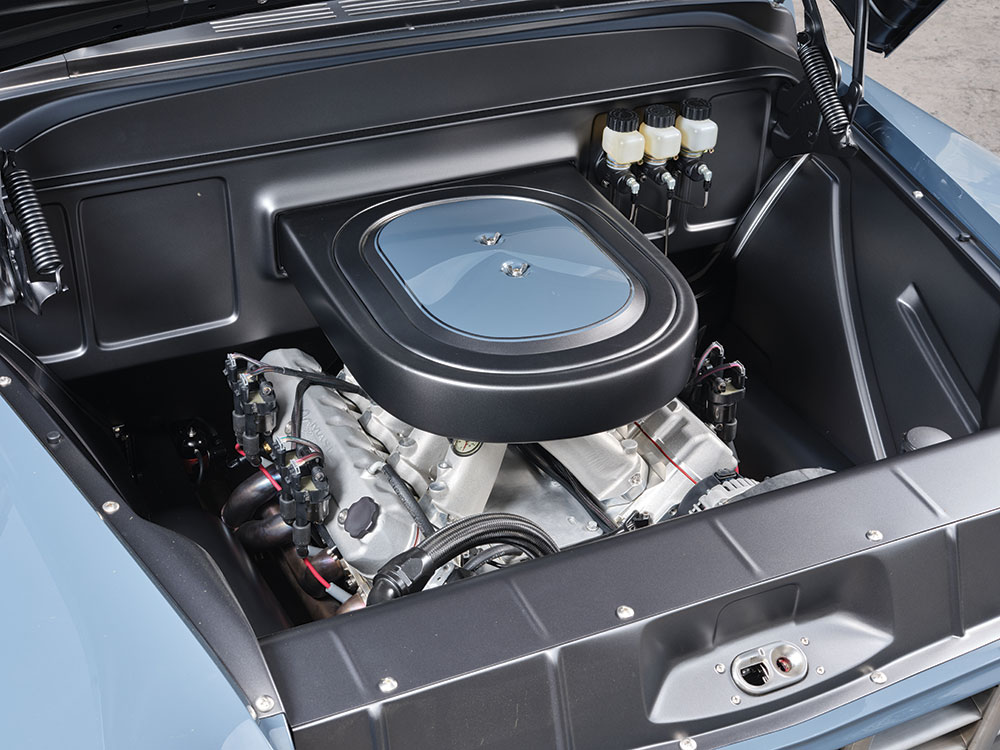 The first thing Mike Goldman Customs did back in 2018 was to order up a Roadster Shop chassis, followed by a Mast Motorsports LS7 and a T56 Magnum from Bowler transmissions. The Penske coilovers and 14-inch Brembo calipers–equipped platform was modified slightly upon arriving at Goldman’s by way of moving the front crossmember/suspension forward an inch, ultimately increasing the wheelbase for the 20-inch Forgeline wheels with shaved sidewall Z-rated HP radials. 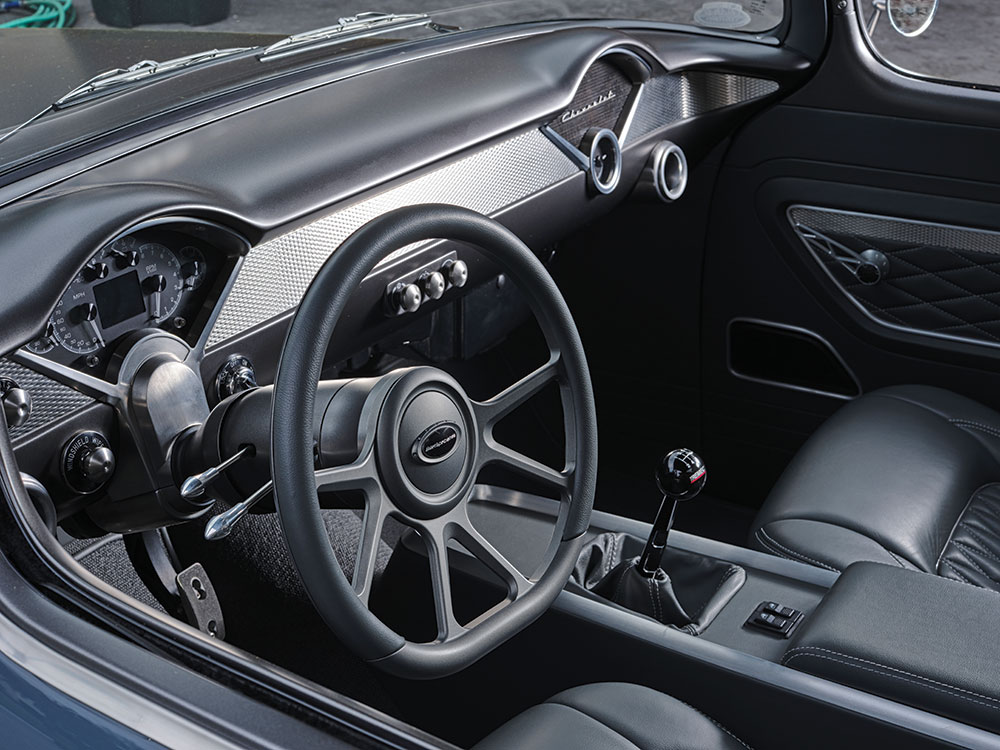 Once the performance-minded chassis was complete, Goldman Customs set its sights on the exterior modifications, most of which are not immediately evident to the casual observer. Starting from the front, the stock ’55 brightwork (grille, headlight bezels, and smoothed/filled bumper chromed by Jon Wright’s Custom Chrome Plating) was given a brushed finish; the slab sides of the ‘55 Cameo were devoid of any trim; T-bird door handles were installed; the tailgate reworked and smoothed; and the rear bumper tucked, brushed, and accent painted in the center. In-house painter Don Bracken sprayed the ‘55 Cameo using Axalta’s Cromax Porsche Blue, then added a satin panel on the smoothed hood and cowl for further accent. 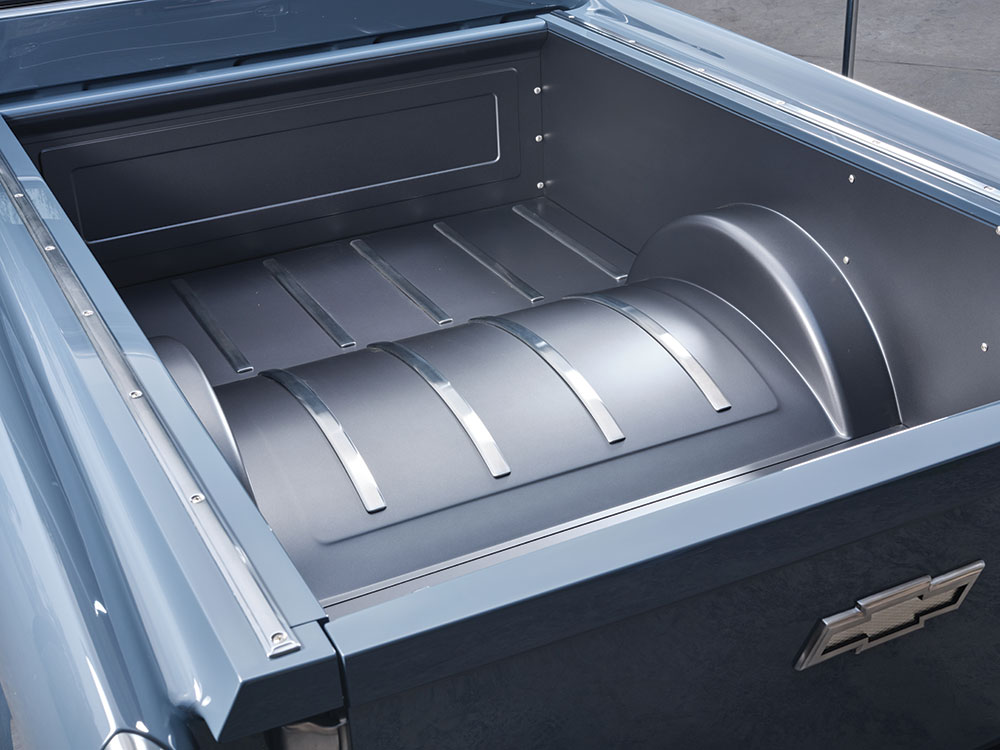 When it came closer to the February 2021 completion date, Goldman Customs addressed the innards of the cab by adding a ’55-56 Bel Air dash (with Dakota Digital gauges) and an Ididit tilt steering column topped with a Billet Specialties steering wheel before sending it off to Paul Atkins in Hanceville, Alabama, for a full custom leather interior. Paul’s not only responsible for the custom bucket seats with stylish diamond-tuck inserts, the sports car–like center console, and one-off door panels—all done in graphite leather—but also a full wraparound rear panel that cleverly ties into the matching/formed headliner. A work-of-art interior, to say the least—as you’d expect with the caliber of the entire build. 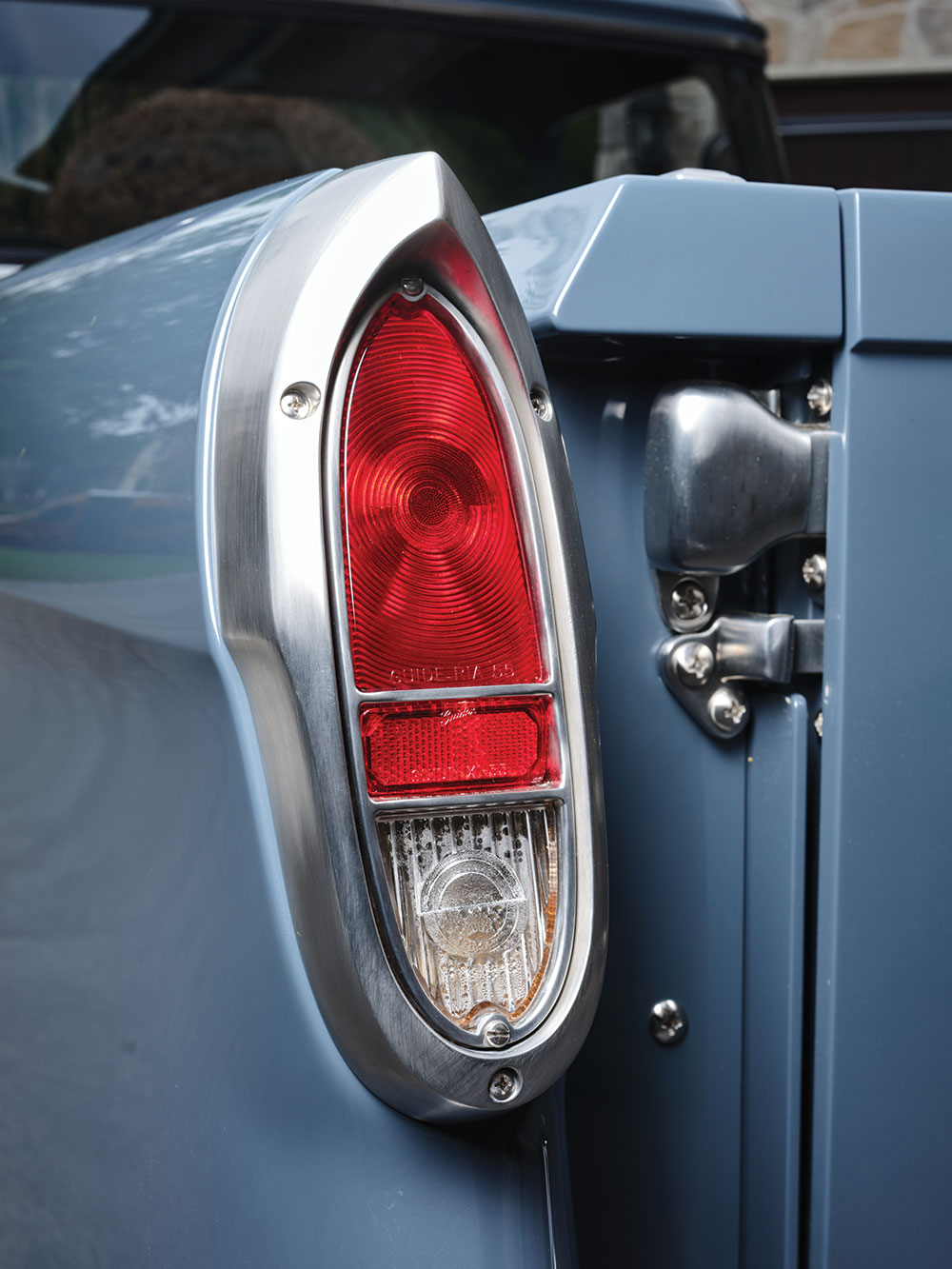 When all was said and done, en route to deliver the Cameo to Bob in Houston, the Goldmans made a quick stop at the Goodguys Spring Nationals in Fort Worth where it received the Builder’s Choice award. Later that summer we were honored to present Bob et al with the inaugural Classic Truck Performance Top Truck at the Tri-Five Nationals in Bowling Green, Kentucky!