A Coyote-Swapped First Gen Ford F100, That Took a Lifetime to Build 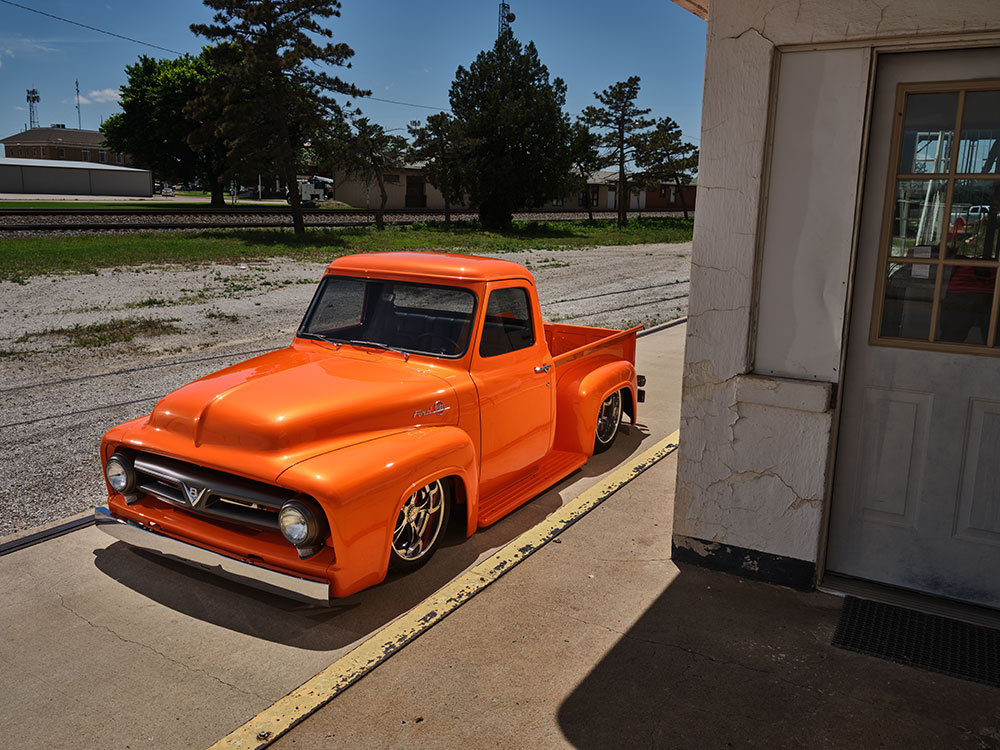 The Evolution of The Covington Customs-Built 1953 Ford F100

When the time came to put together the feature on Rod Simmons’ 1953 Ford F100, I had all the mechanical aspects via the most recent builder, Covington Customs, so I went about approaching it as I usually would. But sometime into the story I realized, this one needed some real personal perspective, so I connected with Rod and asked just one simple question: Why was this vehicle constructed? The rest, as they say, is “his” story! 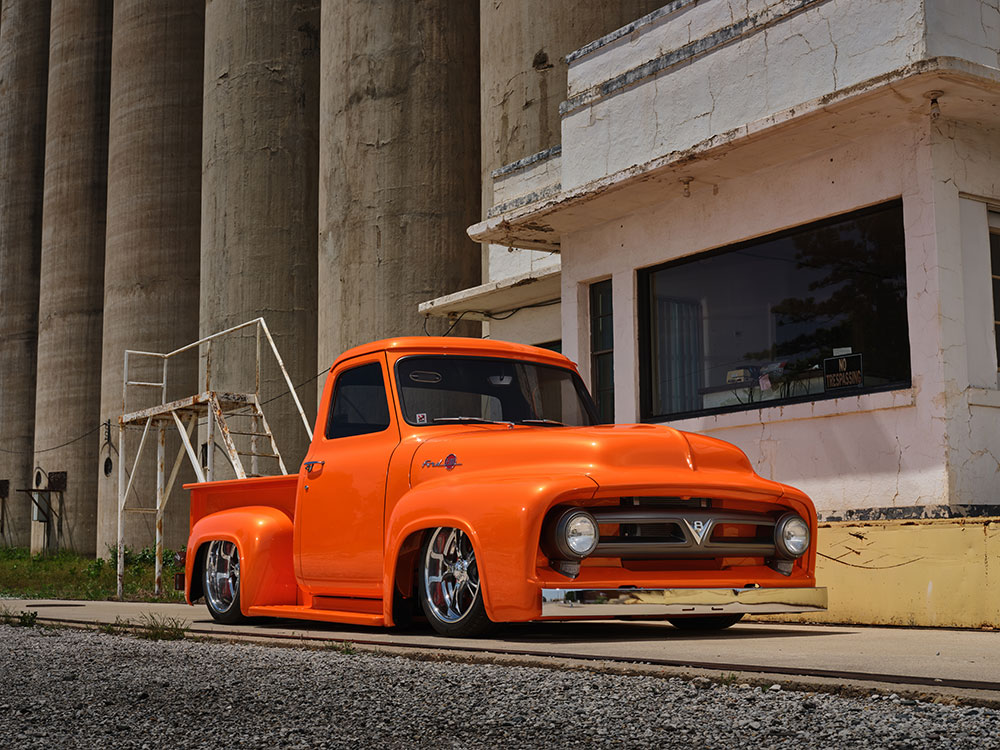 “The purpose of the construction of my 1953 F100 has changed many times over the 24 years that I’ve owned it. In the beginning, when I was 12 years old, there was a senior at the high school that I would eventually attend who had a ’55 F100 and I thought it was the coolest truck I had ever seen. I worked for my dad on weekends and during the summer cleaning up around the machine shop to earn just enough money to buy my ’53 for $1,000 at age 14, almost 15. I wanted to have the most unique, coolest truck in the high school parking lot once I turned 16! 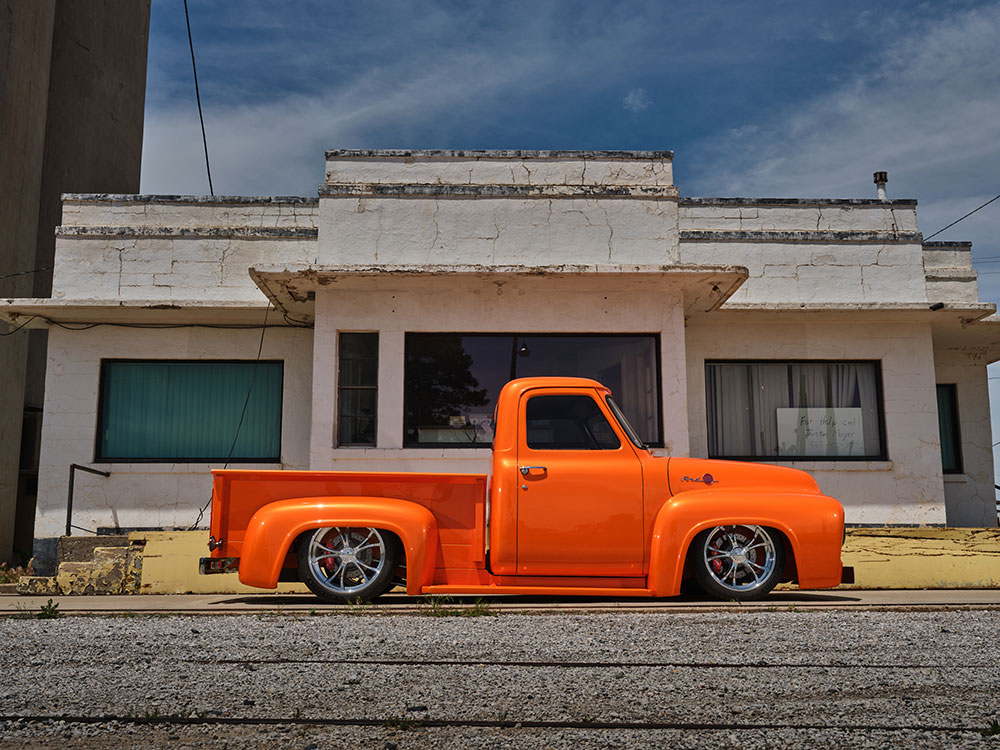 Read More: Cleaning Up The Engine Bay On The Souza F100

“In the months prior to turning 16, I learned that building a classic truck was a lot of hard work and required a lot of different skill sets that I didn’t have at that age. So, at that stage, the motive to build the old truck was to learn as many skill sets that I could so I could complete the truck. I had a ton of ‘old timers’ who were more than happy to help me with my goals. Lewis Gall, who had a shop a few doors down from my dad’s, had restored three ’53-56 F100s and numerous Volkswagen Beetles, taught me how to do bodywork. He spent numerous nights and weekends with me and guided me on popping dents and welding in patch panels. My goal was to eventually have a truck as nice as his pancaked-hood ’55 that had made it into Classic Trucks magazine in the ’90s. 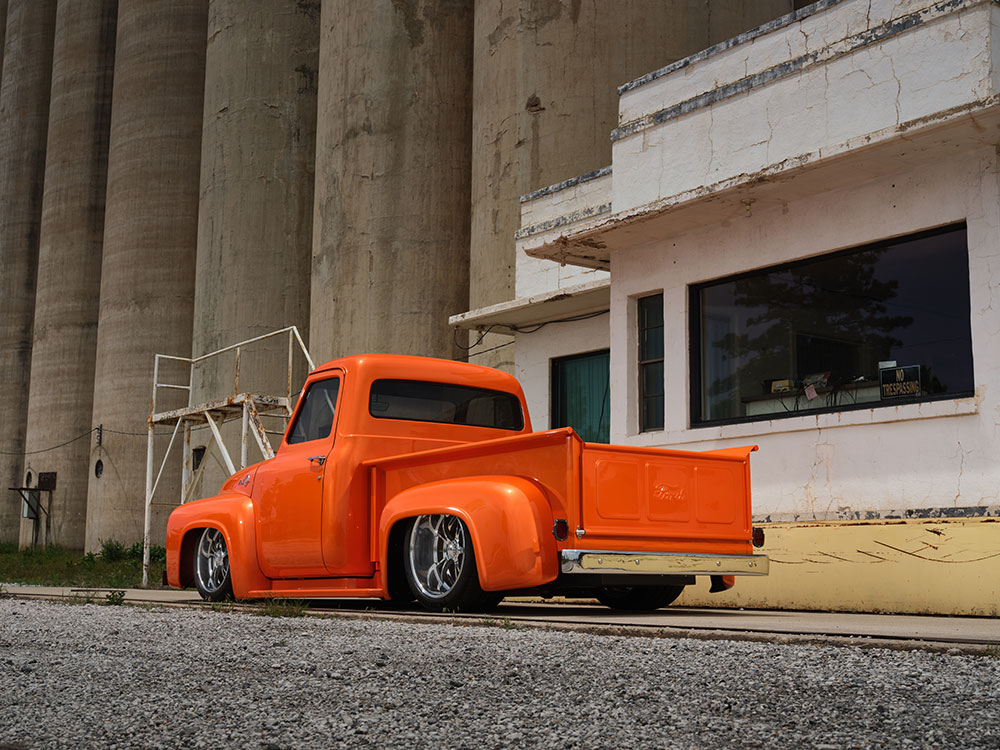 “Alan Martens helped me with everything mechanical on the truck. He guided me on rebuilding the 302 engine that was in the pickup as well as getting rid of all the cloth-insulated stock wiring that caused the truck to catch fire one Saturday night while cruising the local drag. He taught me the majority of what I knew at the time when it came to repairing an old vehicle. He also helped with the installation of the Mustang II Independent Front Suspension, Vintage Air, and building the bed box (this was before bed kits were cost effective) that was on the truck. My dad helped me learn the machine work necessary to build spacers, bushings, and drivelines and supplied me with a place to work on it as well as all the necessary tools to use. 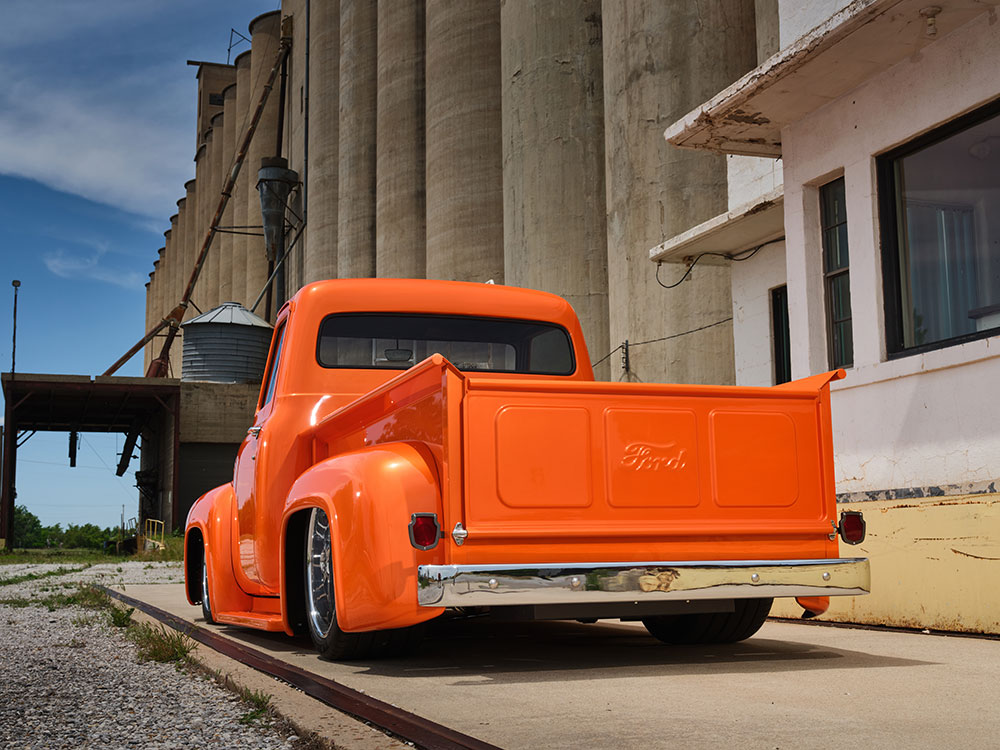 “After graduating college, the truck was moth-balled for over 10 years. During that time I dedicated all my resources to my career, then toward building a family. After that 10 years I became obsessed with the pickup once again. I pulled it out of storage and began working on it every open chance I could get. 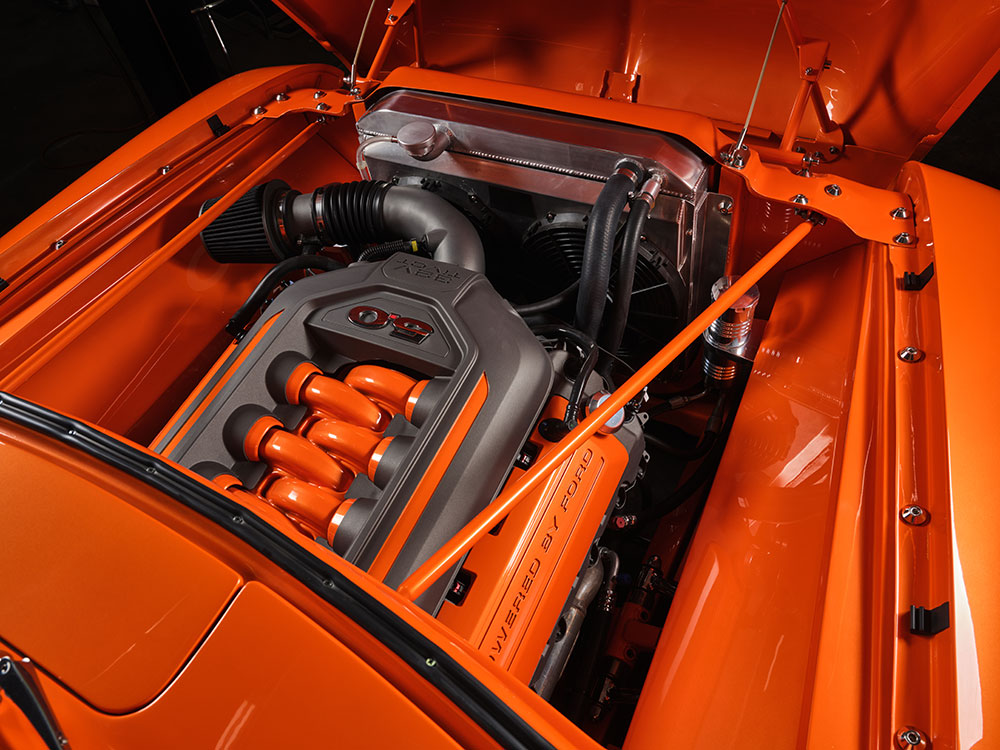 “The problem that I had at this stage was that I could see that a lot of the work I did as a teenager and my early twenties wasn’t bad, but it could be a lot better. At this stage, my motivation on this pickup was to have one of the nicest F100s built. There was going to be a lot of redoing of work that I had already done. The other problem that I had was although I had most of the skill sets to redo the project, I didn’t have them to the level that it required to build the truck of my dreams. To achieve the truck of my dreams, I knew that professionals would have to work on this truck at all levels to get a product that was balanced in quality and appearance. 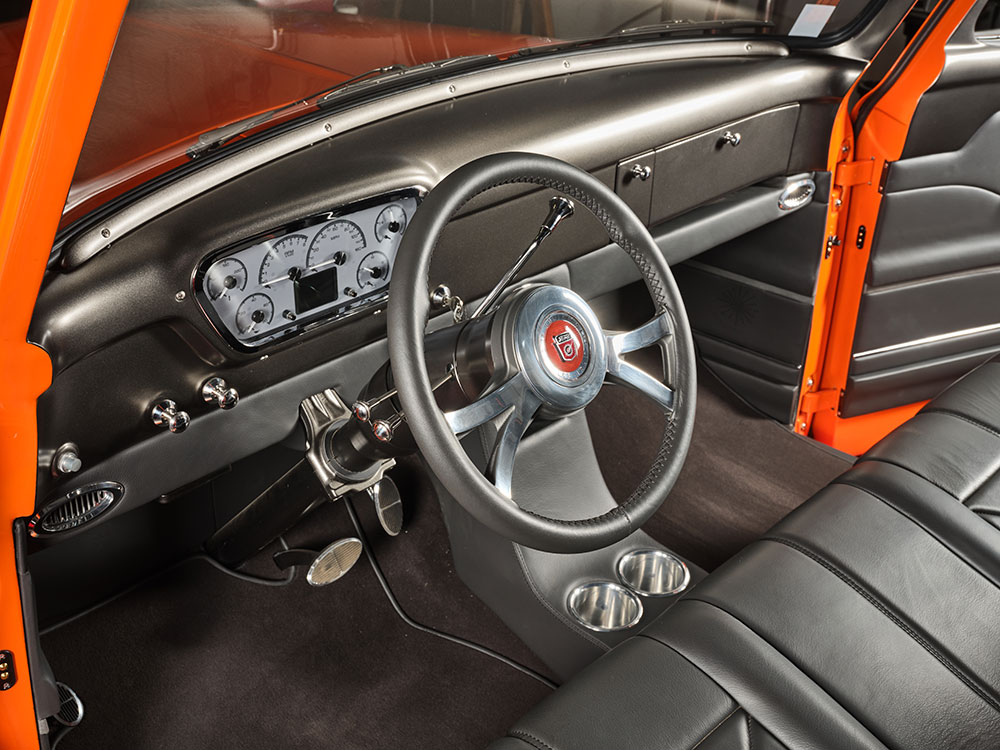 “At this time, I hired Jerry Covington (owner of Covington Customs). As a do-it-yourselfer, hiring a professional to finish my project was a hard pill to swallow, but within a short time, he instilled the confidence that I needed to hire him as the architect, designer, and (re)builder of my classic truck. 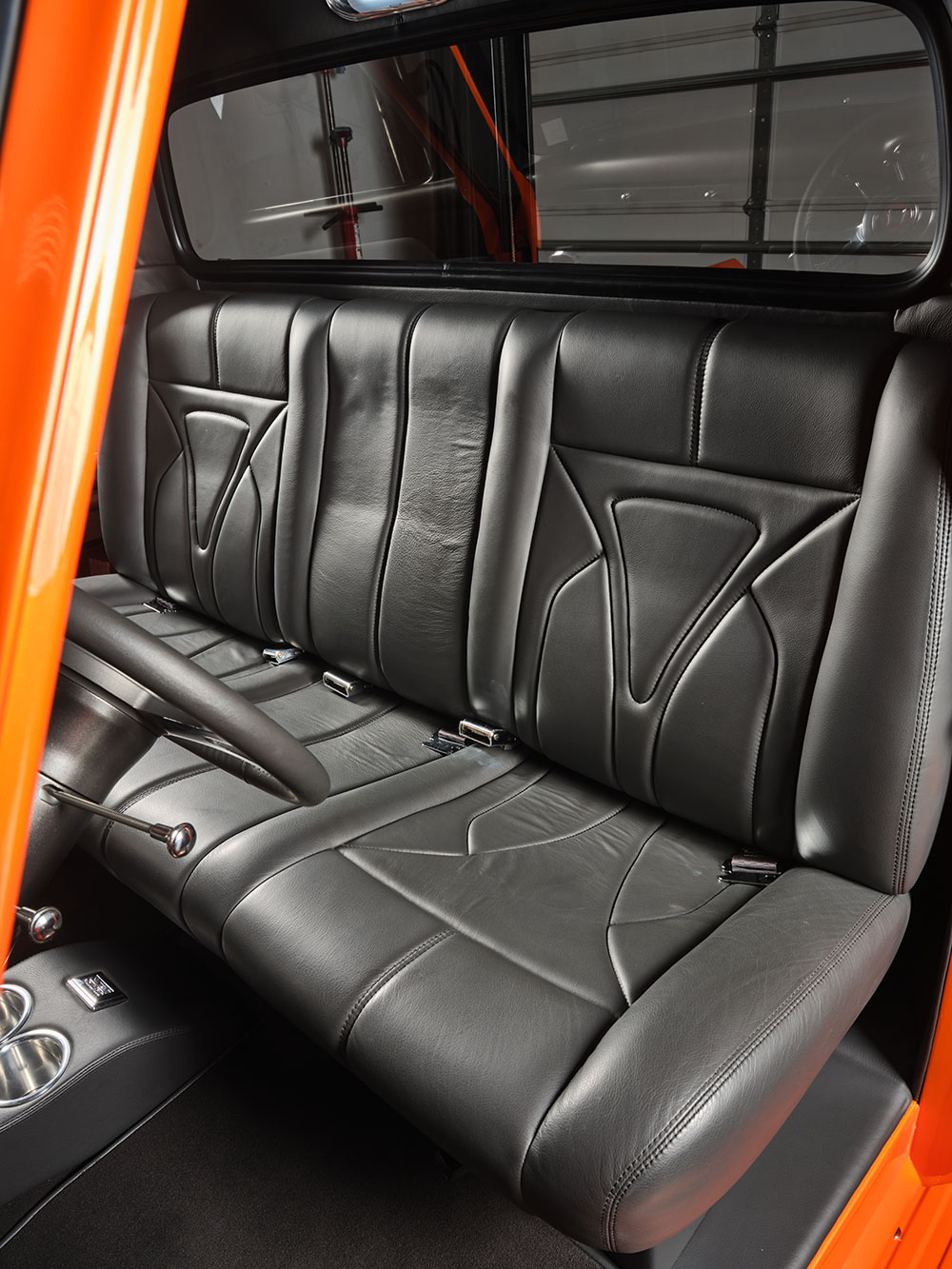 “[Covington] came up with a plan from the beginning that guided this project as smoothly as it could through the building process. He and his team built, bought, gathered, and modified all the parts required to build a truck of top-notch quality. They smoothed all the body panels, repaired the areas that had rust, and erased some of my mistakes that I made on the truck in my early years. They painted and polished every part of the truck to superior standards. [Covington] took care of the complete assembly of the truck. He personally made sure that all the bodylines were perfect, the wiring was done right, as well as the daunting task of making the 5.0 Coyote engine come alive. 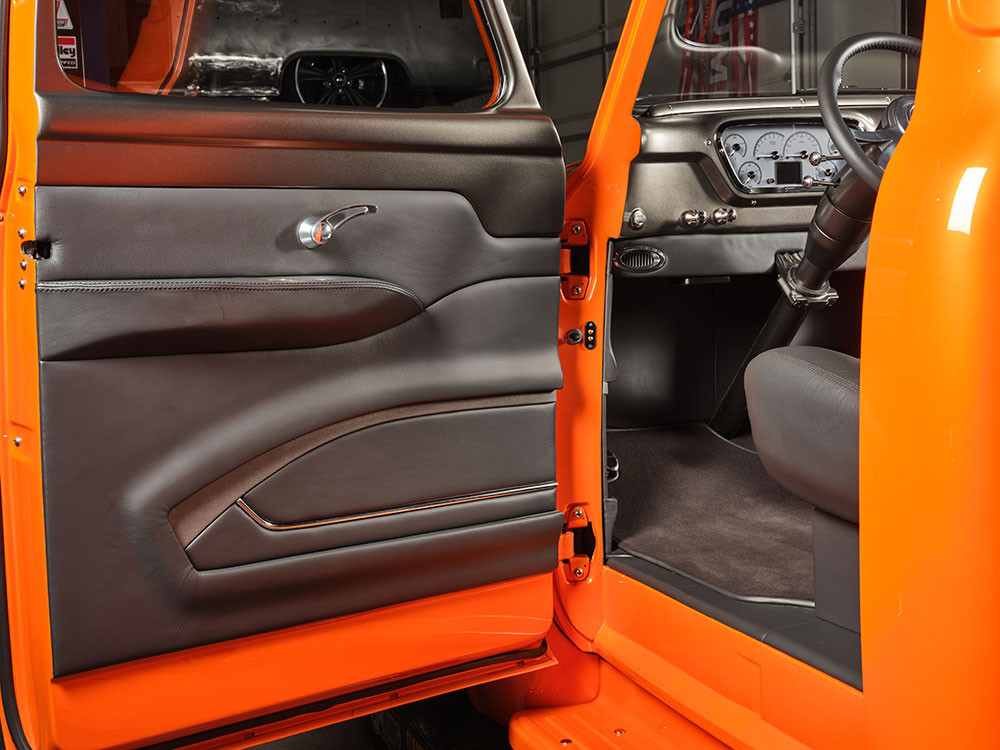 “One of the most fun parts of the project was being involved by building a few parts for the truck. My shop built the driveline that connected the Coyote to the Ford 9 inch rear end. I also got to build a lot of parts on my CNC machines. These kinds of parts are not the type of parts that I typically build, so I was able to build some things that would grow my skill sets. Some of the parts that I got to build were all the fender washers under the hood as well as the oil fill cap and dipstick. I also got to build all the custom knobs in the cab as well as the rearview mirror that matches the shape of the gauge cluster. Probably the most fun part that I machined was the custom steering wheel. On this part of the project I got to work beside [Covington] on the design to make it match the Tomahawk Schott wheels. We also integrated the factory horn button into our design. Another part that I got from a machine that was equally fun were the custom tail lights. [Covington] had the idea of taking the iconic shape of the ’53-56 Ford tail lights and shrinking them down. I wasn’t sure of how they would look in the beginning, so I drew them up and printed a set out on my 3D printer. After seeing the prototype on the truck I knew that we needed to build them. 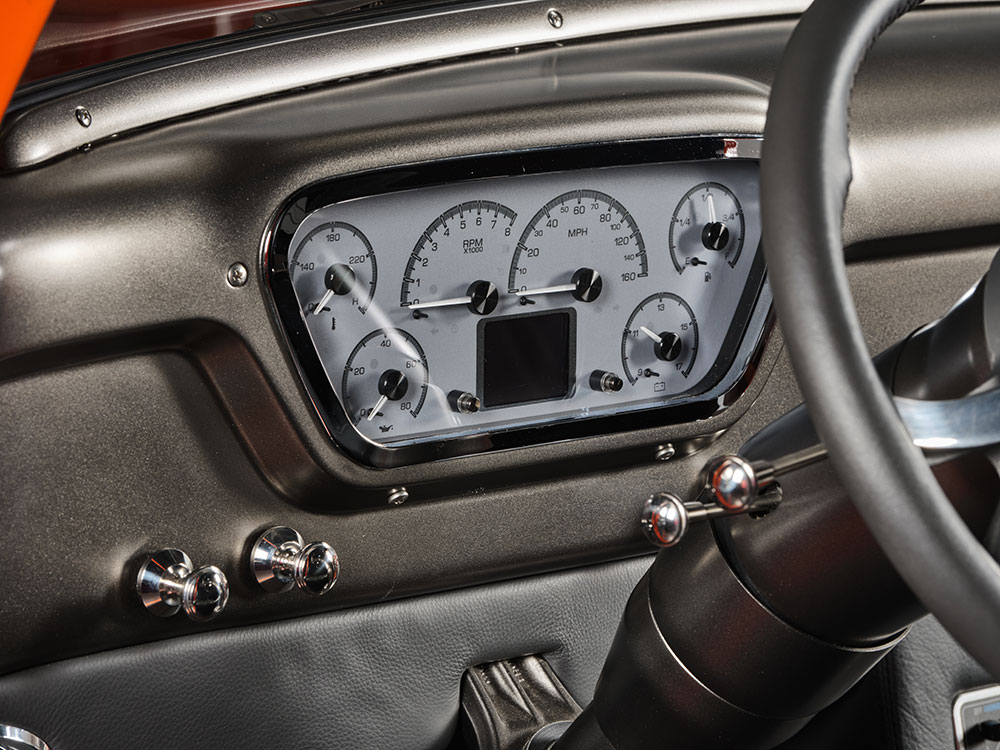 “After the truck was mostly assembled, the truck was sent to Rialto, California, to have one of Ron Mangus’ world-class interiors put in the truck. I was a little hesitant at first sending the truck halfway across the United States by people I didn’t know to a guy who I had never met. In the end, though, I was glad we did! We gave [Mangus] complete design control and [Mangus’] crew knocked it out of the park. I had heard horror stories of hot rods taking months to years to have the interior done at other shops. [Mangus] and his team got the truck done and back to me in less than a month. This was especially impressive considering that this part of the project happened in California at the beginning of the COVID-19 hysteria.

“Throughout the project the reason for building the pickup changed many times depending on what stage of life I was in. One thing that stayed constant at every stage was that I got to meet and work with some really great people, I got to learn and hone my skills, and I also made some really great friends. I would consider each stage of this build to be a huge success.”