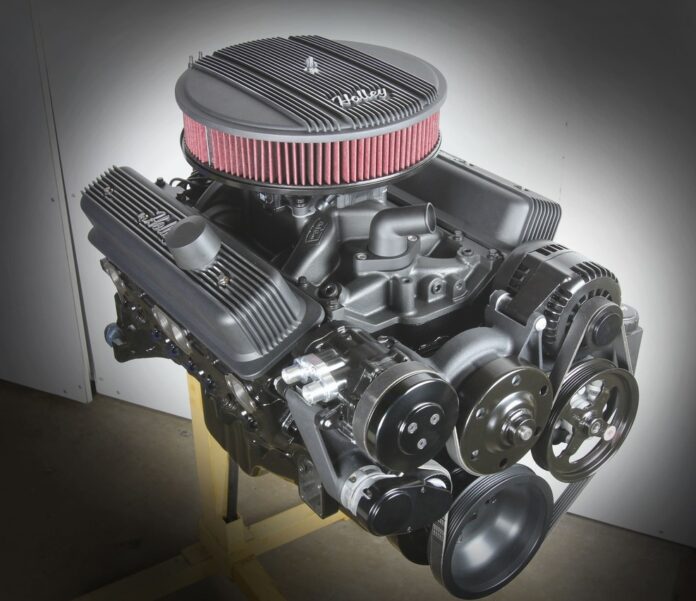 Building an engine from scratch isn’t a relatively difficult thing to do, so long as one is fastidious and pays attention to all the details. It’s also very rewarding (albeit stressful) when that handbuilt engine is fired for the first time and put through its paces on the engine dyno. There’s a bit of a pucker factor to be sure, but the satisfaction of a job well done is much more gratifying than dropping that credit card on a crate engine. Building an engine from the ground up also gives one a better idea of what’s going on inside the engine, making diagnosis and repair easier. And for some of us, just getting our hands dirty and spending the time in the shop building something is better therapy than any fancy spa can provide!

We wrapped up the build side of the engine in our previous story, but that doesn’t mean that things were complete. As it were, we still had to add the induction and ignition components before our date with the guys at Westech Performance Group in Mira Loma, California, arrived. Which brings us to the importance of utilizing an engine dyno when building custom engines. Installing an engine in a vehicle and getting things in running order is no small feat. There are a myriad of electrical and plumbing connections that need to be made, fluids added, exhaust built and installed, torque converters, bellhousings, and so on. Going through all that work just to find something in need of repair that requires the removal of that new engine can be frustrating, to say the least. But by running the engine beforehand on an engine dyno, any little finicky issue can be addressed beforehand and in a situation that makes doing so much easier. It also presents a convenient environment for initial break-in, saving your neighbor’s nerves to be tested another day.

But in addition to the initial run-in and inspection period, spending a couple hours on the engine dyno provides a great opportunity to test and tune that engine for not only maximum power, but economy and efficiency as well. A good dyno shop should have technicians well-versed in both carbureted and fuel-injected systems, capable of tuning either setup to achieve these goals. At the end of the dyno session (provided nothing went “bang”), that engine should be as turnkey as possible, with a good fuel tune, proper ignition timing (and distributor curve if applicable), and initial break-in complete. Now, when the time comes to drop that stroker engine in your muscle car, you have the confidence that everything should perform as expected, with, hopefully, no surprises.

Typically, when an engine is tested on the dyno, the accessories (alternator, power steering pump, A/C compressor) are left on the bench. For our testing, we even left off the water pump, instead using Westech’s electric version since there was no way to drive the mechanical pump. That said, when we got the engine back to the shop, we had a few more components to install, not only to make the engine build complete, but to make it look great as well. Once again, we tapped the folks at Summit Racing and ordered up what we needed. The result is a sharp-looking, subdued small-block with the accessory components we require in a nice, tight package. 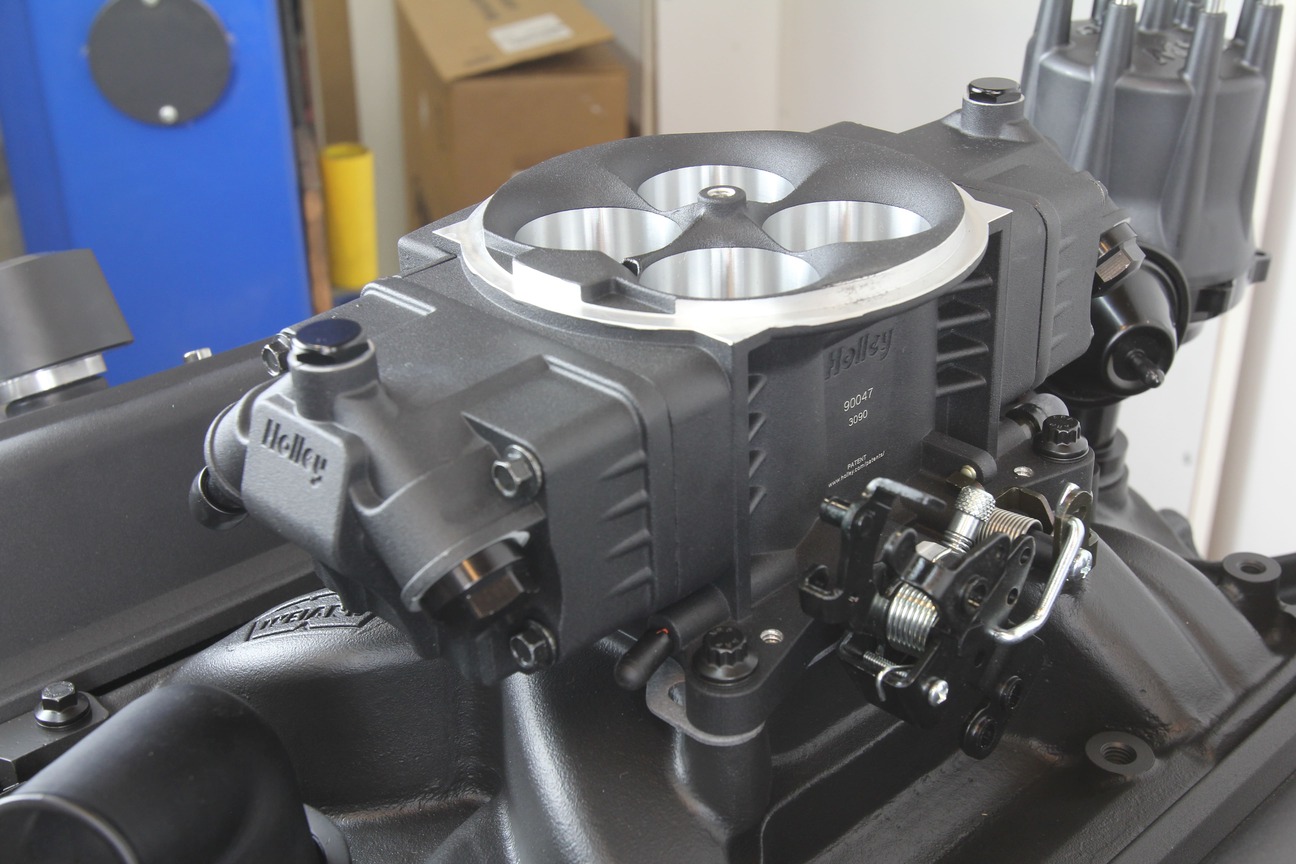 With the engine built, tested, and tuned, our 377ci stroker build is a wrap and ready to drop between the framerails of any classic Chevy! ACP 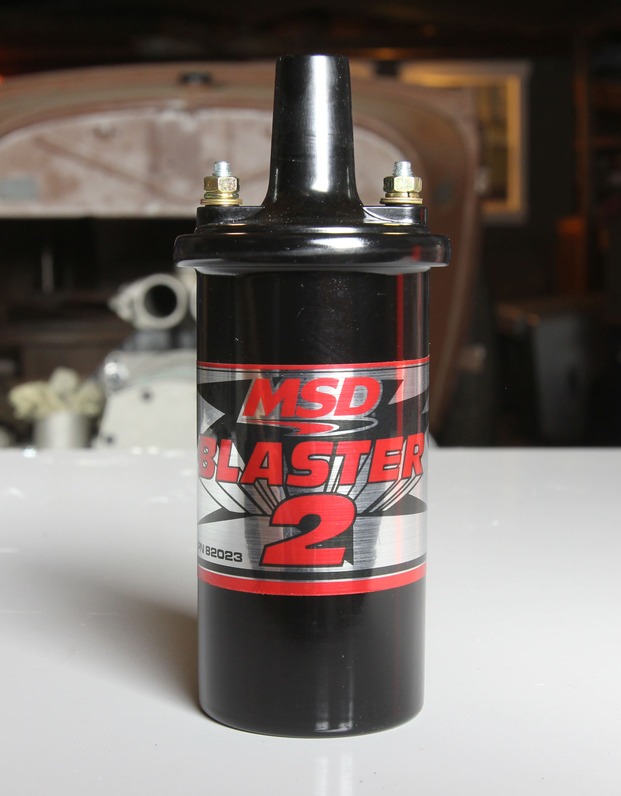 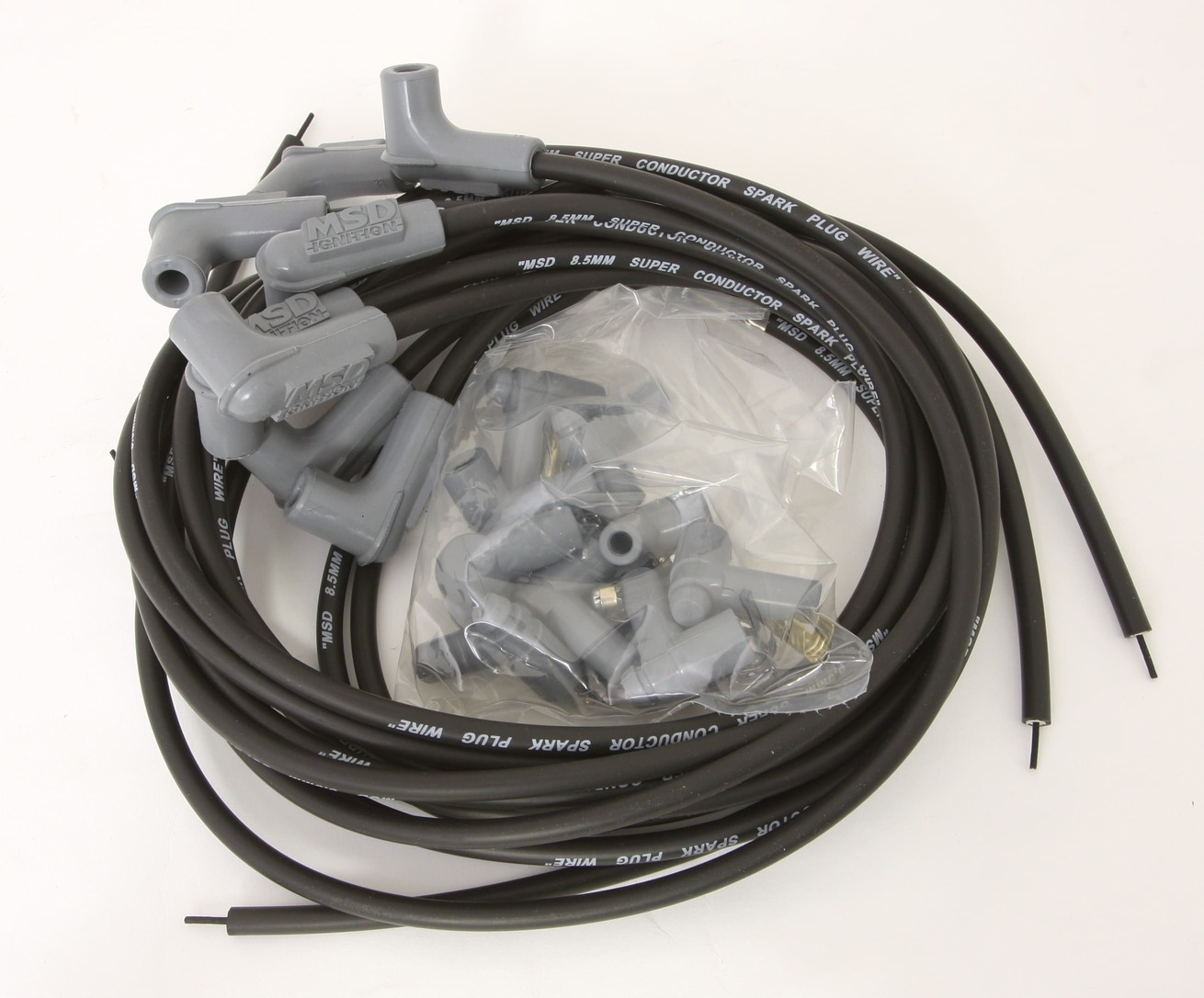 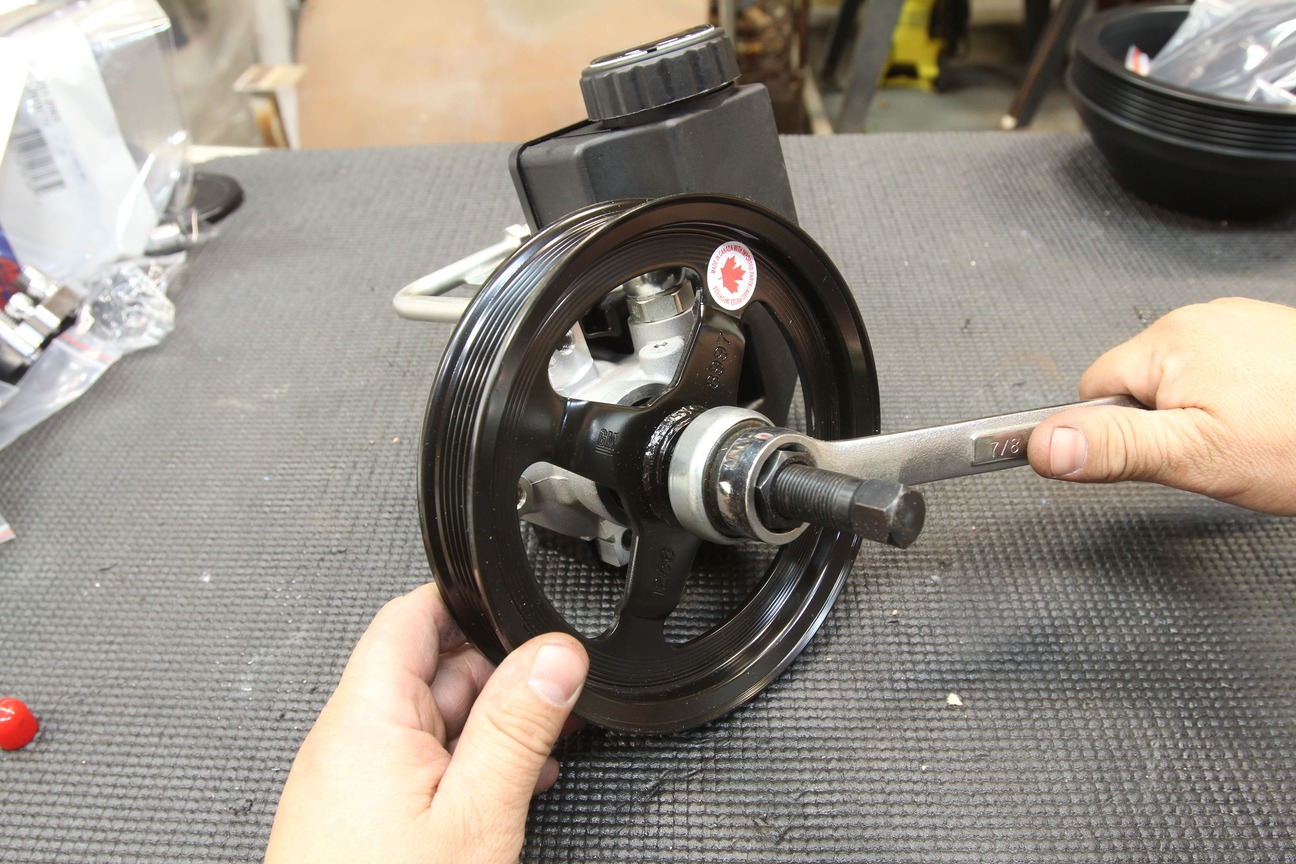 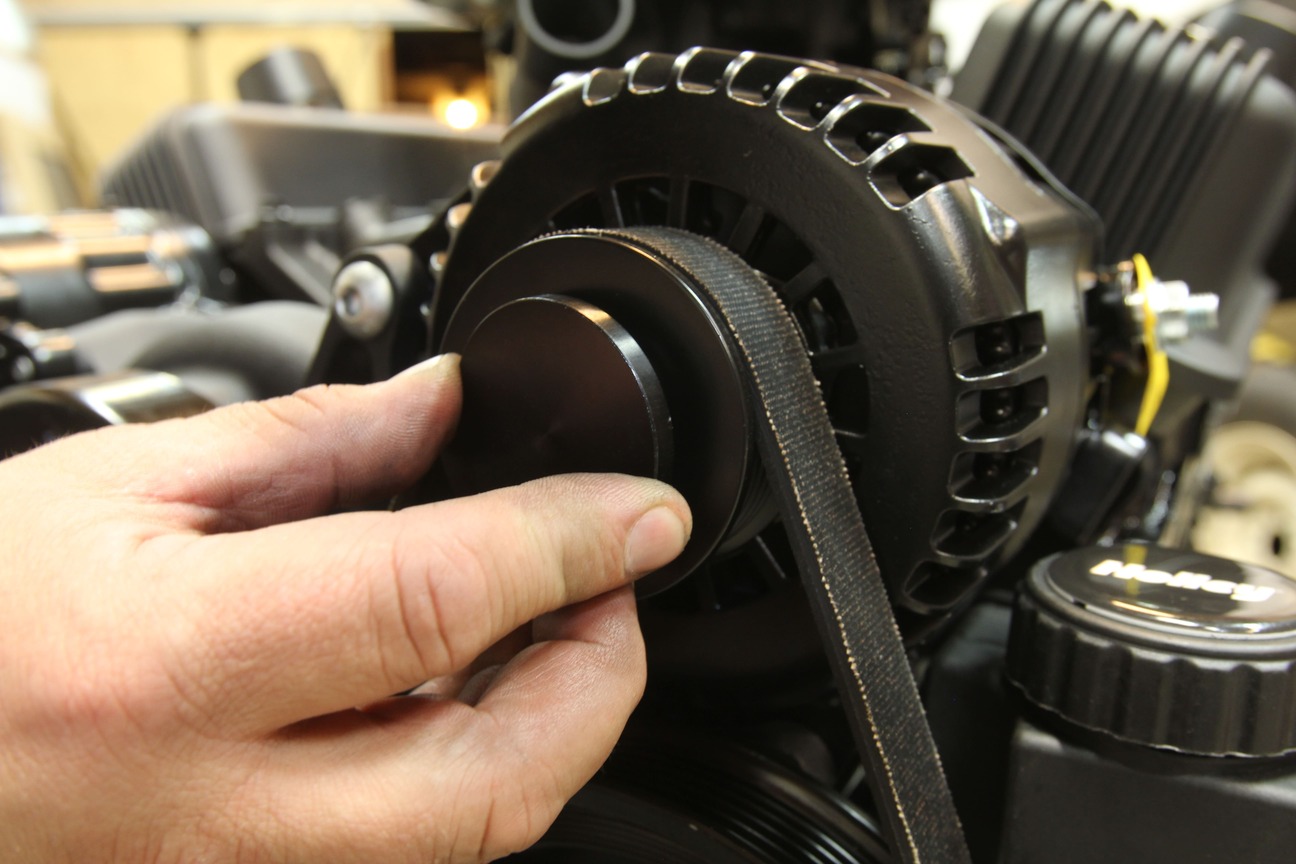 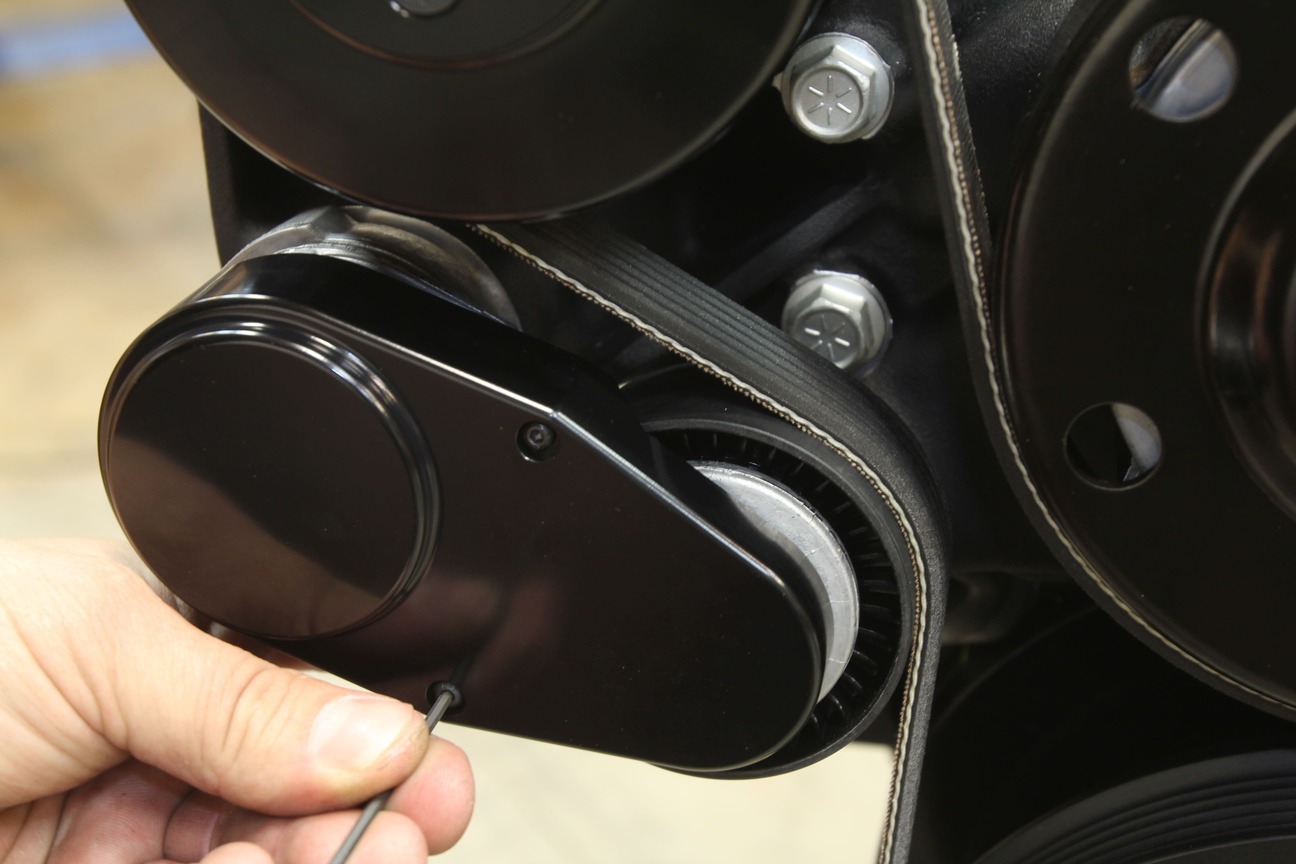