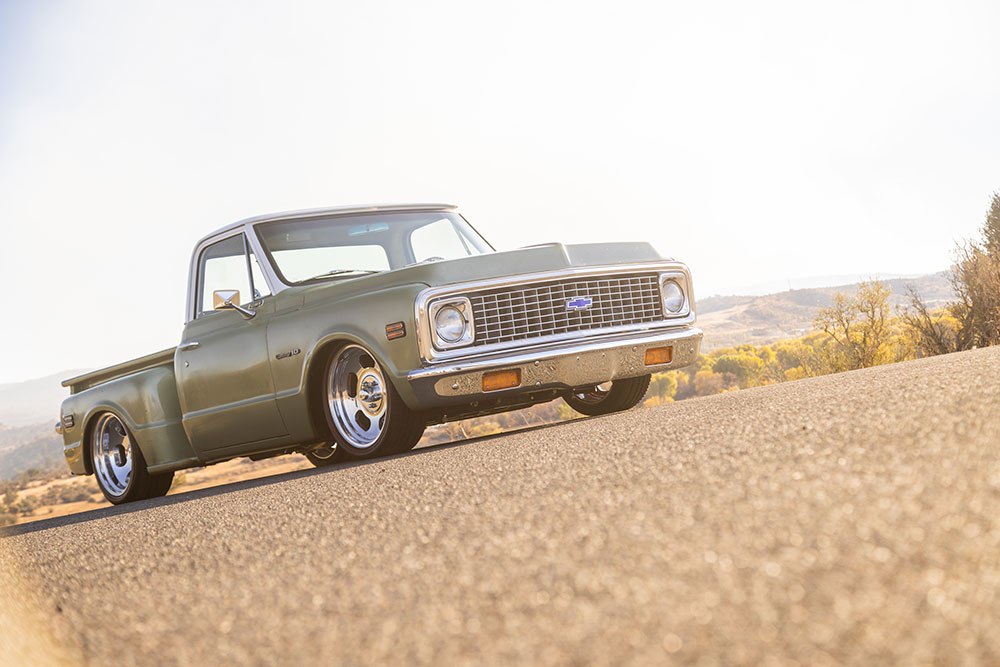 It only took 730 days to do so, but for those who got a glimpse of James King’s in-progress tribute-to-his-dad 1971 Chevy C10 Stepside, here’s the full feature you’ve (we’ve!) been waiting for … but we’ve been sitting on this for a bit, as it was the only truck perfectly suited to grace the cover celebrating our 730-day anniversary! 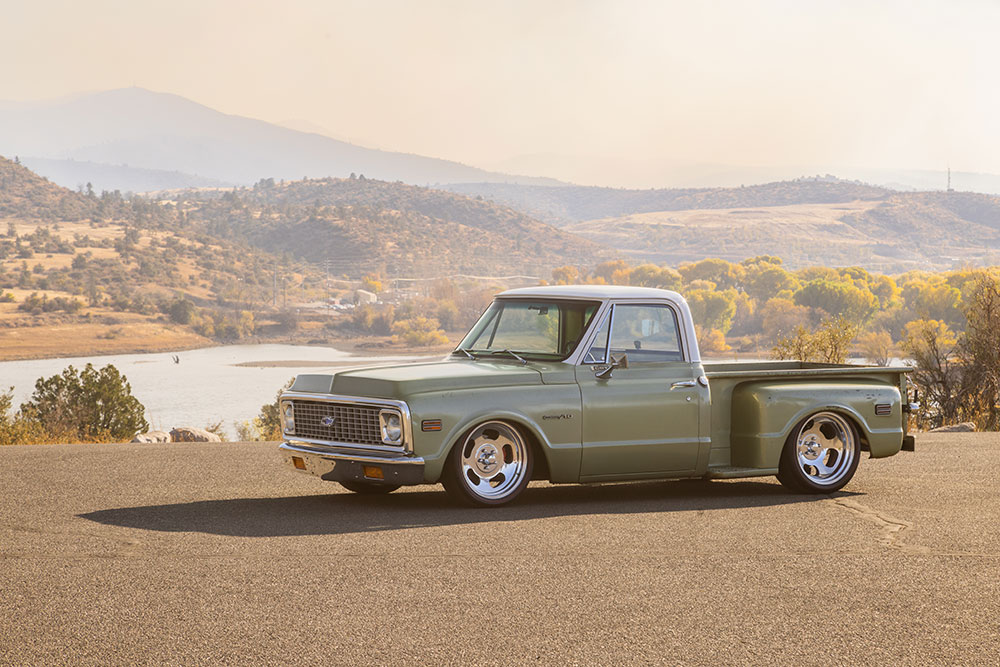 In all fairness, our pal in the pines, Del Uschenko (Delmo’s Speed) finished King’s two-year project back in 2021. A tribute to James’ father, who just happened to own a similarly colored and 427 big-block powered C10 Stepside of the same vintage when he was a kid, this modern rendition of pop’s pickup undoubtedly features a plethora of modern touches, all of which are expected from a project coming out of Delmo’s Prescott-based shop. 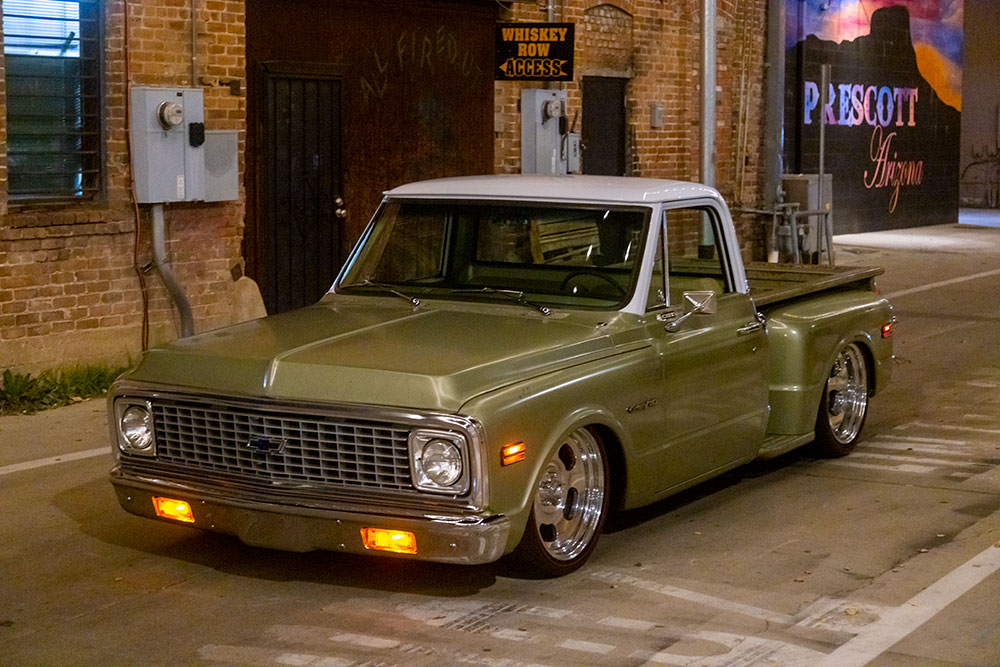 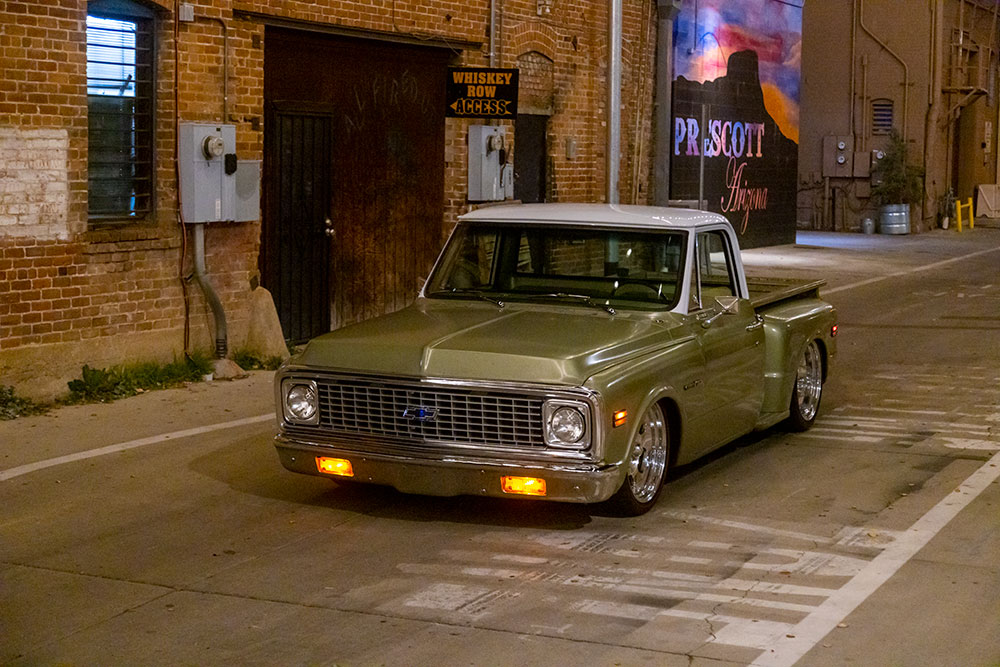 Speaking of modern, the fatherly tribute theme was further carried out when it came to the 427 engine—however, while the cubes may be the same, the vessel in which they’re output is by no means of matching origin. Del selected a new 427 LS7 crate engine for that modern-vintage twist, which he outfitted with a Autotrend EFI tri-power (controlled by Holley’s Terminator X ECU) atop a custom intake manifold flanked by big-block retrofit custom LS valve covers by Don Hardy Race Cars. Healthy breathing is accomplished with a set of Speed Engineering headers and Borla Exhaust mufflers with cutouts placed appropriately. And in lieu of the original Muncie four-speed transmission, a six-speed  TREMEC T56 Magnum Transmission (Centerforce clutch equipped) was utilized. 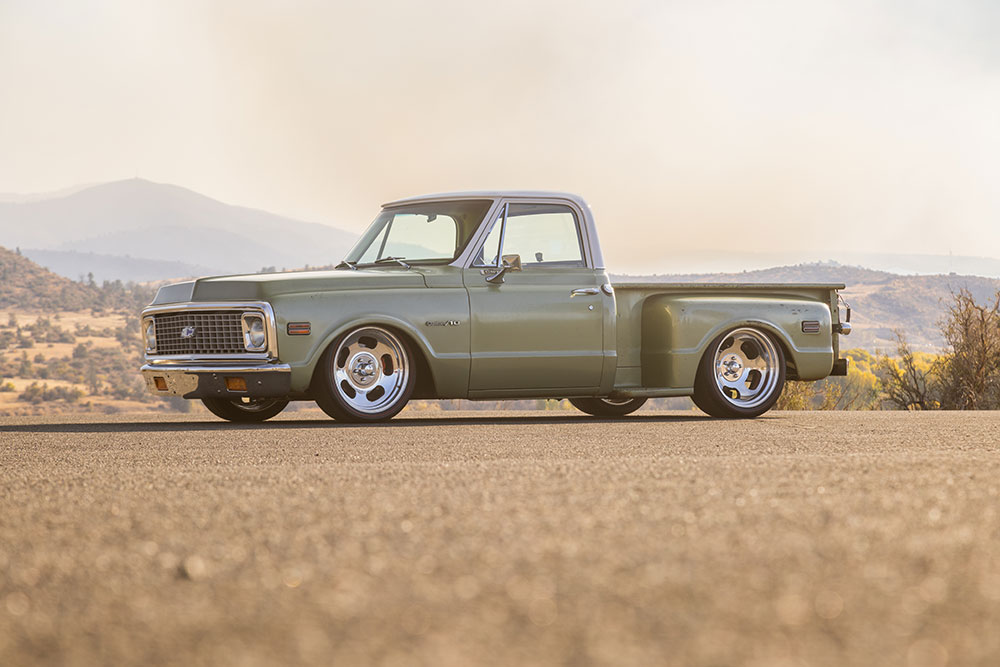 While the exterior is as-was intended back in 1971 (factory Medium Olive Poly), Del reworked the bed floor height and modified the rear inner fenders to accept the 10-inch-wide wheels, and similarly modified the front inner wheel wells accordingly. There is one distinguishing non-stock exterior item that was a must for James: a 1956 Ford F-100 truck rear bumper just like his dad’s featured! 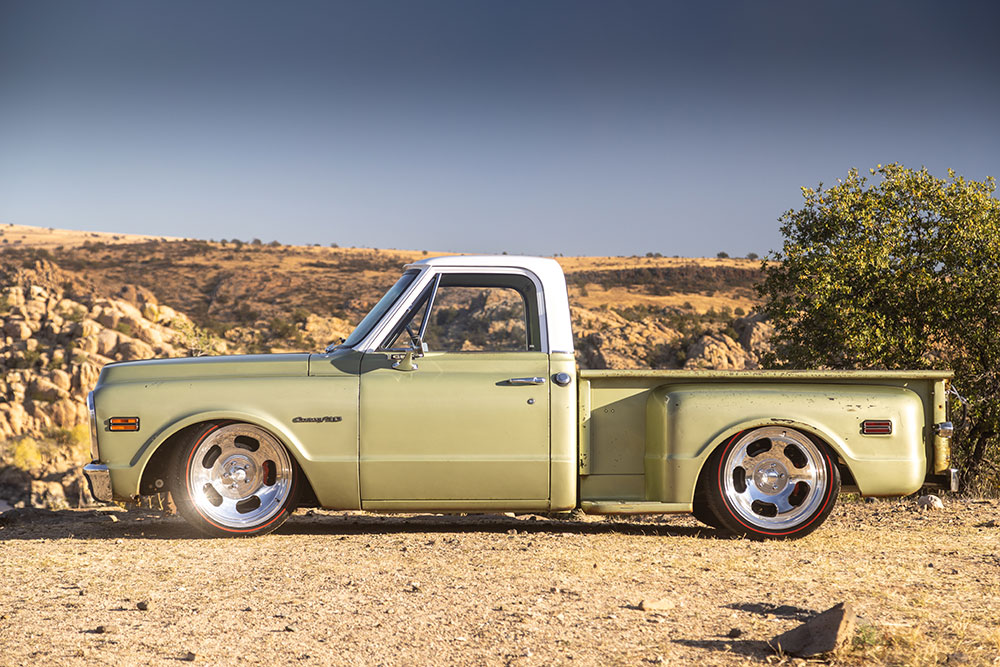 When it came to the interior, Del called on his go-to stitcher Sean “Fat Lucky’s” Johnstun to do what he’s well known for: some of the baddest trim jobs ever stitched. That holds true with James’ truck, even though it’s just a bench seat (a Glide Engineering bench seat base, that is) and carpet job! The stock-looking dash actually features Dakota Digital RTX instrumentation, a Flaming River steering column with a repop wheel from Truck and Car Shop, and factory louvers feeding Vintage Air pumped fresh cool air for those warmer summer drives!