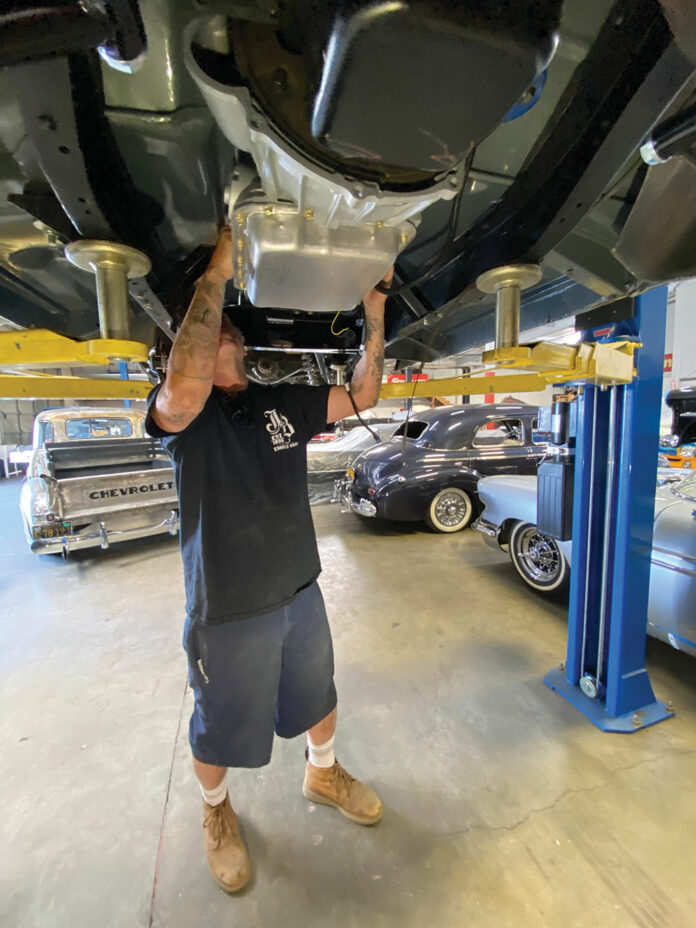 Around the early ’90s GM introduced the 4L60E transmission. Essentially, the 4L60E is a grown-up 700-R4, with the adult aspects being the absence of a governor, standard valve body, and those temperamental TV cables—all dictating the use of a computer in which to control the transmission itself. However, for the better part of the ’90s on through the ’00s, the 700-R4 ruled the classic truck market when it came to overdrive swaps.

I’ve had my fair share of 700s, in the earlier years of my career (when companies were still trying to figure out the TV/carb linkage deal) to more recently (when practically everyone had the TV cable figured out), and can say that in the right vehicles they’re hard to beat. But, save for my late-model daily drivers, I’d yet to experience the computer-controlled joys of an electronic overdrive … till now.

Ironically, my very first overdrive transmission was the smaller version of the 700, the lighter-weight 200-4R, which was supplied by my old friend Greg Ducato from Phoenix Transmission Products. So, on top of the fact that they’ve been in the game since 1983, it just seemed natural that I go to Phoenix Transmission Products for my very first foray into the electronic overdrive world. I wanted to replace the Turbo 400 transmission in my 1969 C10, but since I’m sticking with the 454 big-block and not going the LS swap route, I had concerns about the compatibility. Those concerns were quickly dismissed, as I was informed that not only does Phoenix offer a “non-LS” 4L60E, they offer a standalone TCU. As Ducato put it, “Naturally, hot rodders were drawn to this transmission as a means to finally get a reliable overdrive to go behind high-output big-blocks … unfortunately, it took the aftermarket a few years to come up with a simple, easy-to-install, stand-alone computer system that could be fitted to older, non-computer-controlled vehicles.”

Both the transmission and its accompanying rear crossmember are true bolt-on/bolt-in—no cutting, grinding, drilling, adapting, or anything other than simply bolting said items in place on the back of the 454 big block and between the framerails of the C10! Now, when it came to the CompuShift TCU, I was still apprehensive at first—but as soon as we unboxed the shift control unit and realized what we were dealing with, well, let’s just say “plug-and-play” has never been easier! The best part is, the programming can all be done literally by the seat of your pants—while seated in your vehicle using your smartphone once you’ve downloaded the CompuShift Setup App (the TCU, as stated, is Bluetooth enabled). The wiring harness took 30 minutes to install; the TCU just required an under-dash bracket to mount it off, which we fabbed up in the same amount of time. Combine that with the hour or so it took to mount the Phoenix 4L60E transmission to the back of the 454 big block and drop it in the C10 and you’ve got the simplest “high-tech” overdrive transmission install I’ve ever been witness to!