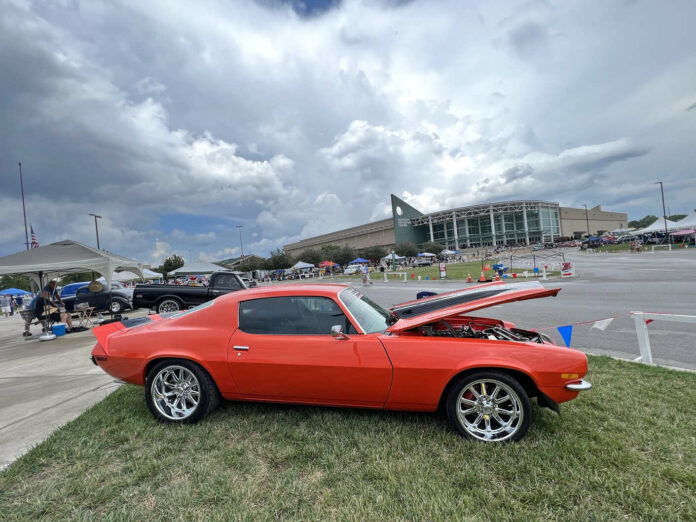 By Nick Licata   –   Photography by the Author

It was great to be back in Louisville for the 53rd NSRA Street Rod Nationals, held August 4-7 at the massive Kentucky Exposition Center. With foul weather forecasted throughout the event, measurable rain was a “no-show,” and what little precipitation there was didn’t dampen anyone’s car or spirit. 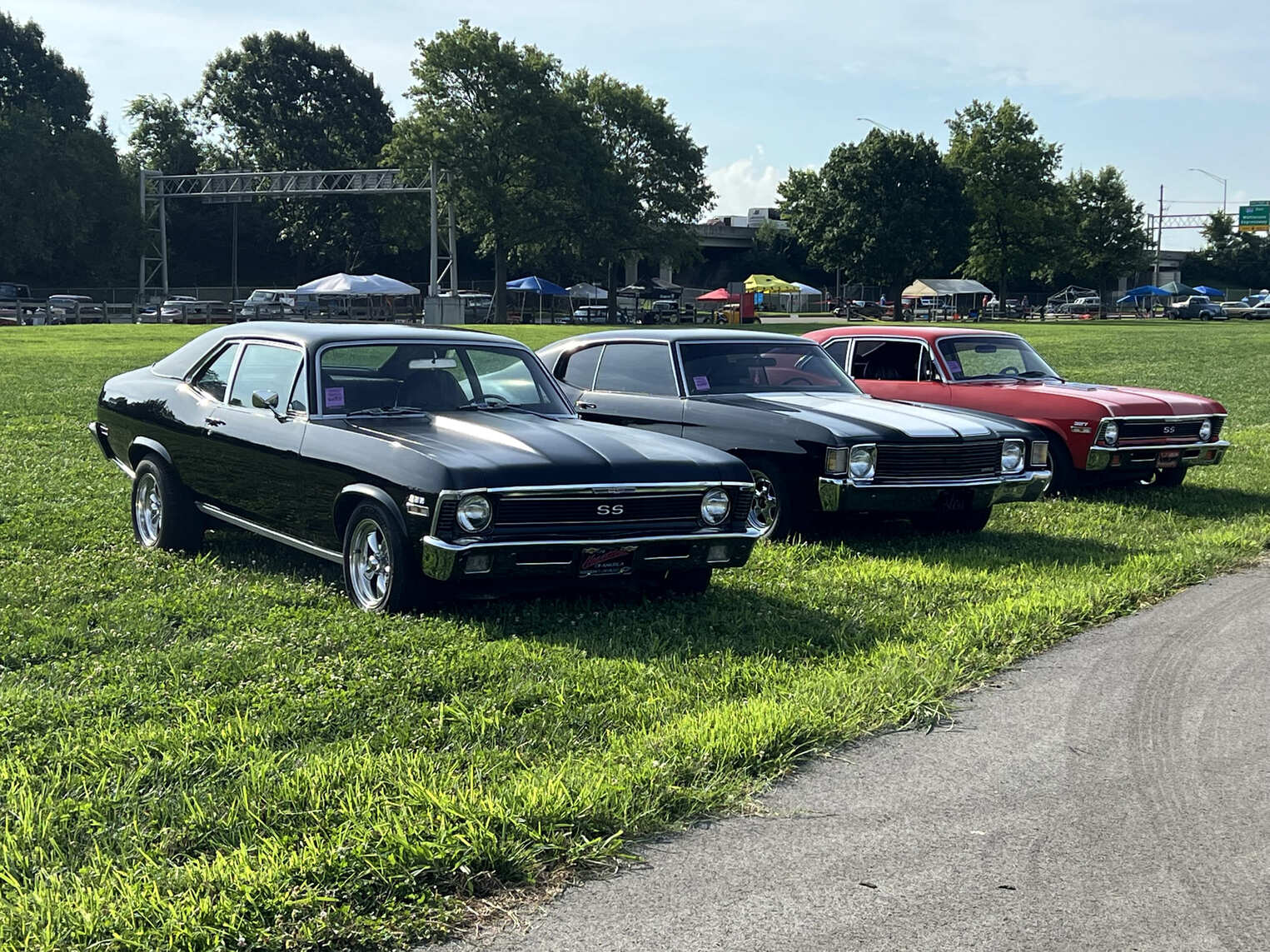 As the name implies, there are a good number of street rods in attendance on Kentucky Exposition Center’s over 300 acres of asphalt, grass, and show buildings, but calling it a street rod event could be a bit misleading. With over 8,700 hot rods and muscle cars of just about every flavor on hand, many of those were Chevys—plenty to satisfy the horsepower appetite of every Chevy fan in attendance. From Camaros to Chevelles, Tri-fives, Novas, big cars, and everything in between, Bowties represented in big numbers and were heavily armed with big-block, small-block, LS, and LT power underhood. 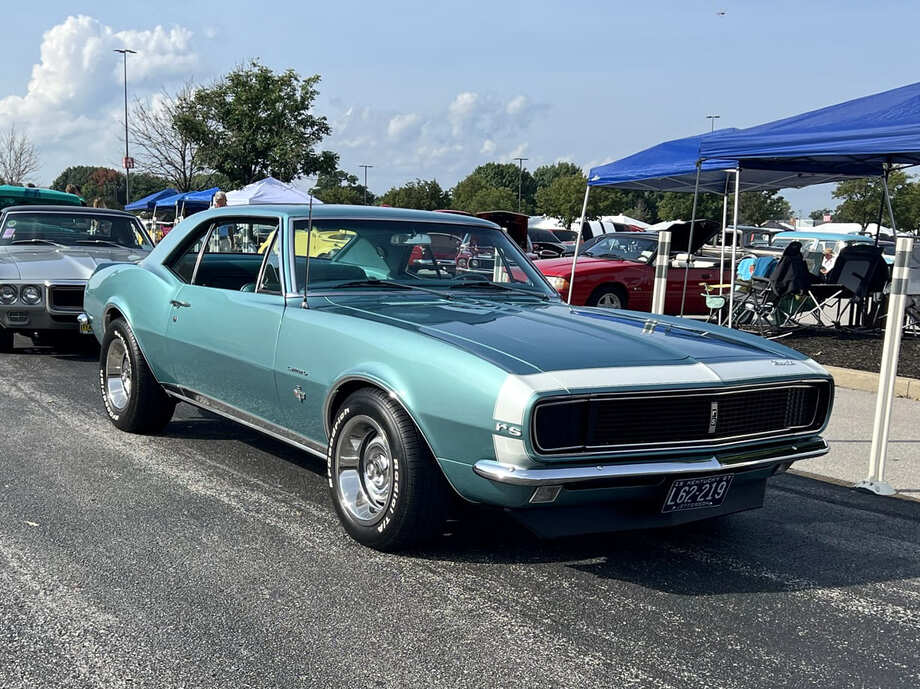 As one can imagine, with so many Chevys present, every build style imaginable was on the grounds—Pro Street, Pro Touring, gassers, Day Two restorations, concourse restorations, survivors, and super high-end custom muscle cars made their presence known—enough variety for every enthusiast to admire their favorite form of Chevy. With a rolling 30-year cutoff, there were a good amount of pre-’92 G-bodies and third-gen Camaros spotted cruising the grounds and just hanging in their favorite spot. 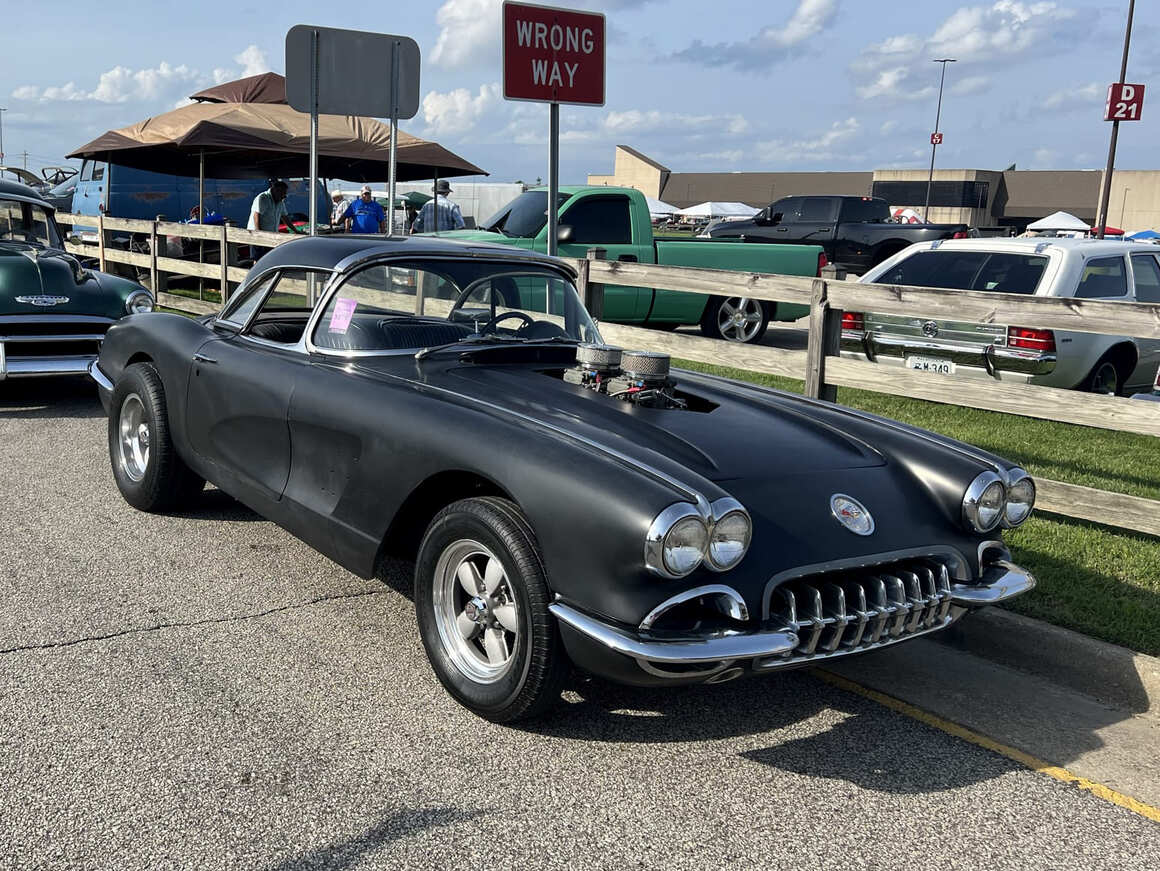 For those who don’t care to sit on the sidelines all weekend, the NSRA offers an autocross course to anyone wanting to take their ride to the limit of hard cornering and to see how their car and driving skills stack up against some of the best drivers and hot rods in the country. A quick safety inspection gets you on the course putting that aftermarket suspension and brakes to the test. And if you lacked confidence in getting out there in your car, signing a waiver got you a ride-along with any one of the hot-shoe drivers ready to share their passenger seat for some cone-cutting fun. One of the regular drivers mentioned giving  well over 100 rides over three days. 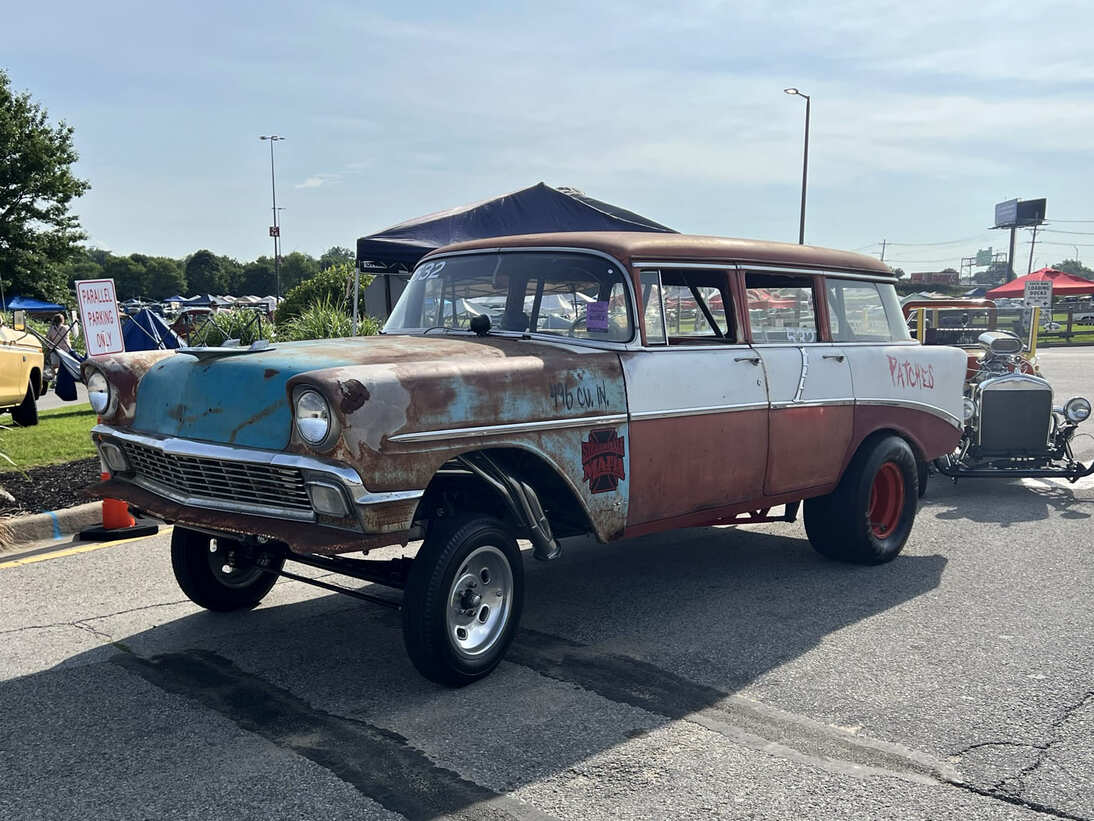 Others we spoke to said they’ve been attending the NSRA Street Rod Nationals for years and pin the event to burn vacation time where they connect with old friends and look forward to making new ones every year. It’s that sort of atmosphere that makes this event special for hot rodders all over the country. Ford, Chevy, or Mopar, differences get set aside as this broad hot rod community fully endorses the sound of a high-compression engine and the scent of high-octane fuel, regardless of brand. 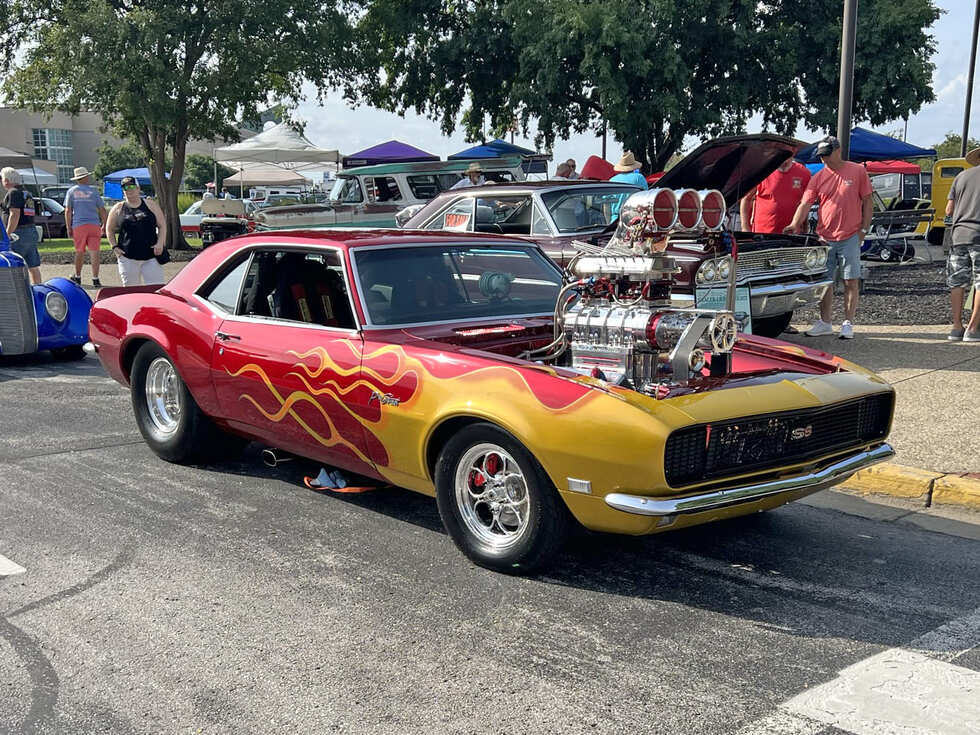 Inside the show halls some of the most remarkably crafted hot rods can be found in the Builder’s Showcase where top builders in the country have their rides on display. It’s an event highlight and a good time to get out of the sun to recharge in the air-conditioned building and to grab some ice cream before heading back out to absorb some local Louisville vibe. 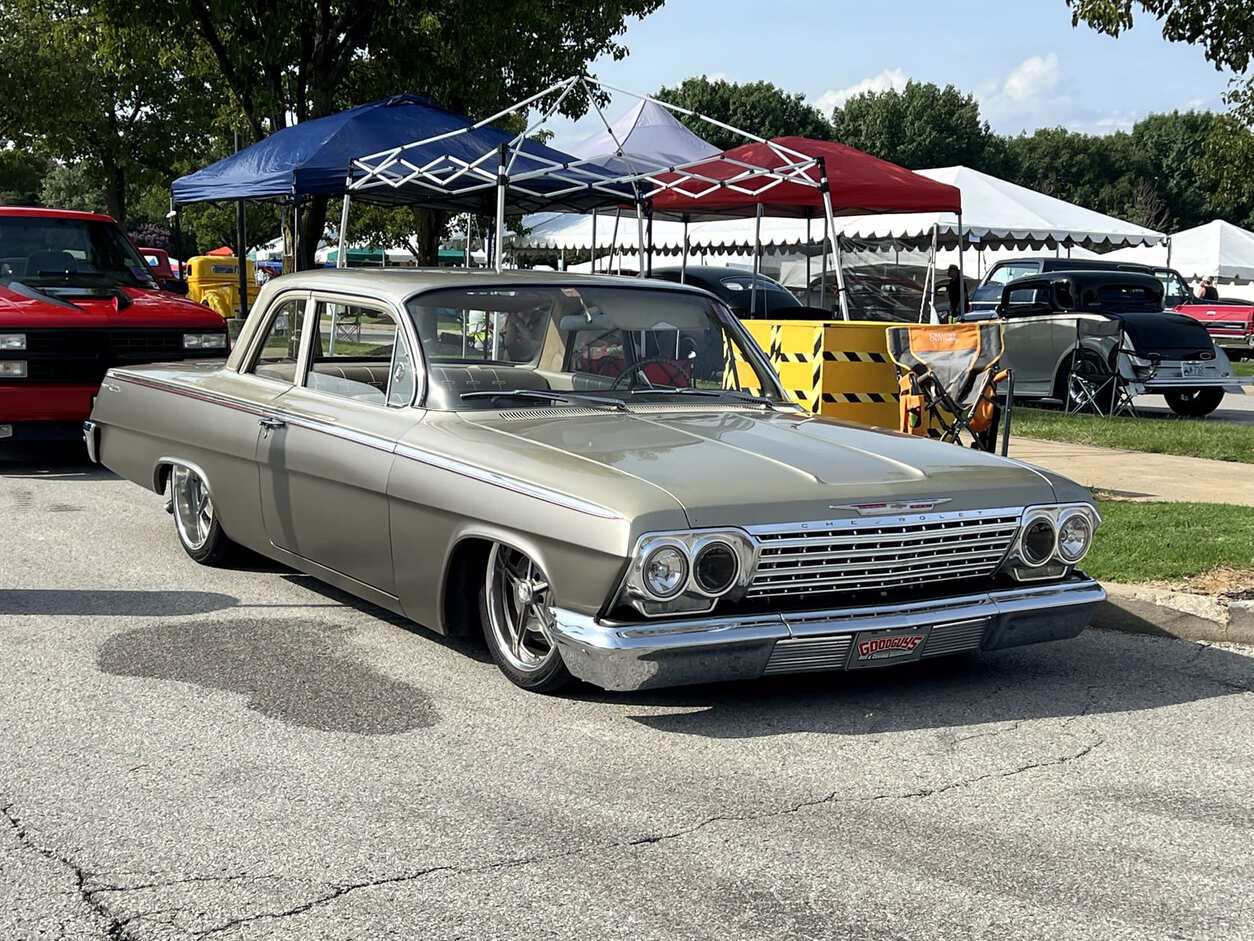 The Classic Instruments Pro’s Pick area featured some of the best hot rods on the grounds. It was a high-quality gathering that included some of the best muscle cars and hot rods in America. There was plenty of Chevy goodness to admire along with some unusual rods and customs, too. 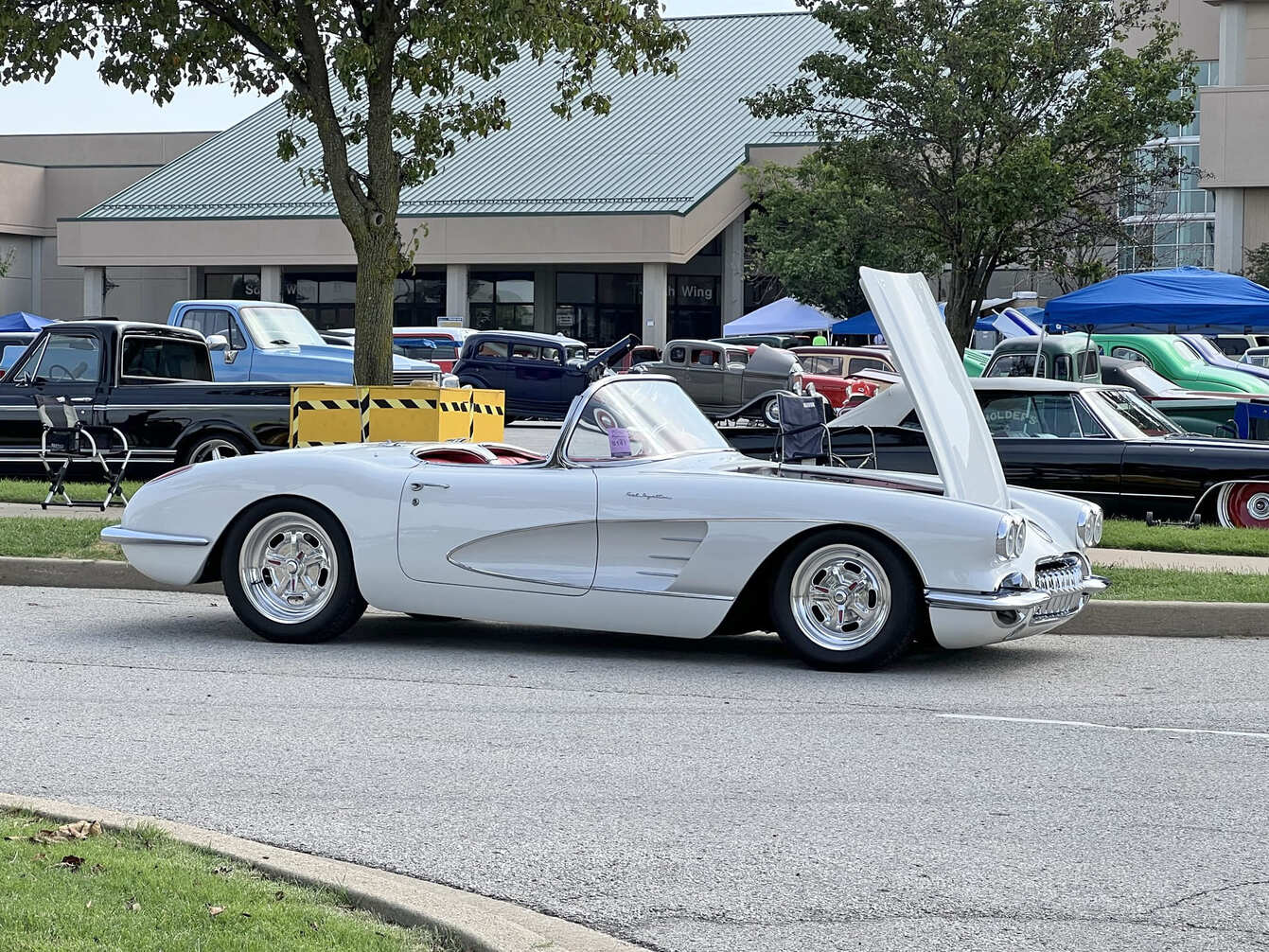 If the sound of zoomies and “weed burners” igniting nitro methane are your thing, Randy Walls and his famous nostalgia Nova Funny Car, along with a number of other Funny Cars and fuel dragsters fired up twice a day for the Nitro Knockout just outside the South Hall. The unmistakable aroma of spent nitro offered showgoers a little taste of nostalgia by emulating what it was like in the golden era of drag racing. For us folks who were there the first time around, we just closed our eyes and imagined standing against the fence or in the pits at Lions, Irwindale, or OCIR on any given weekend. 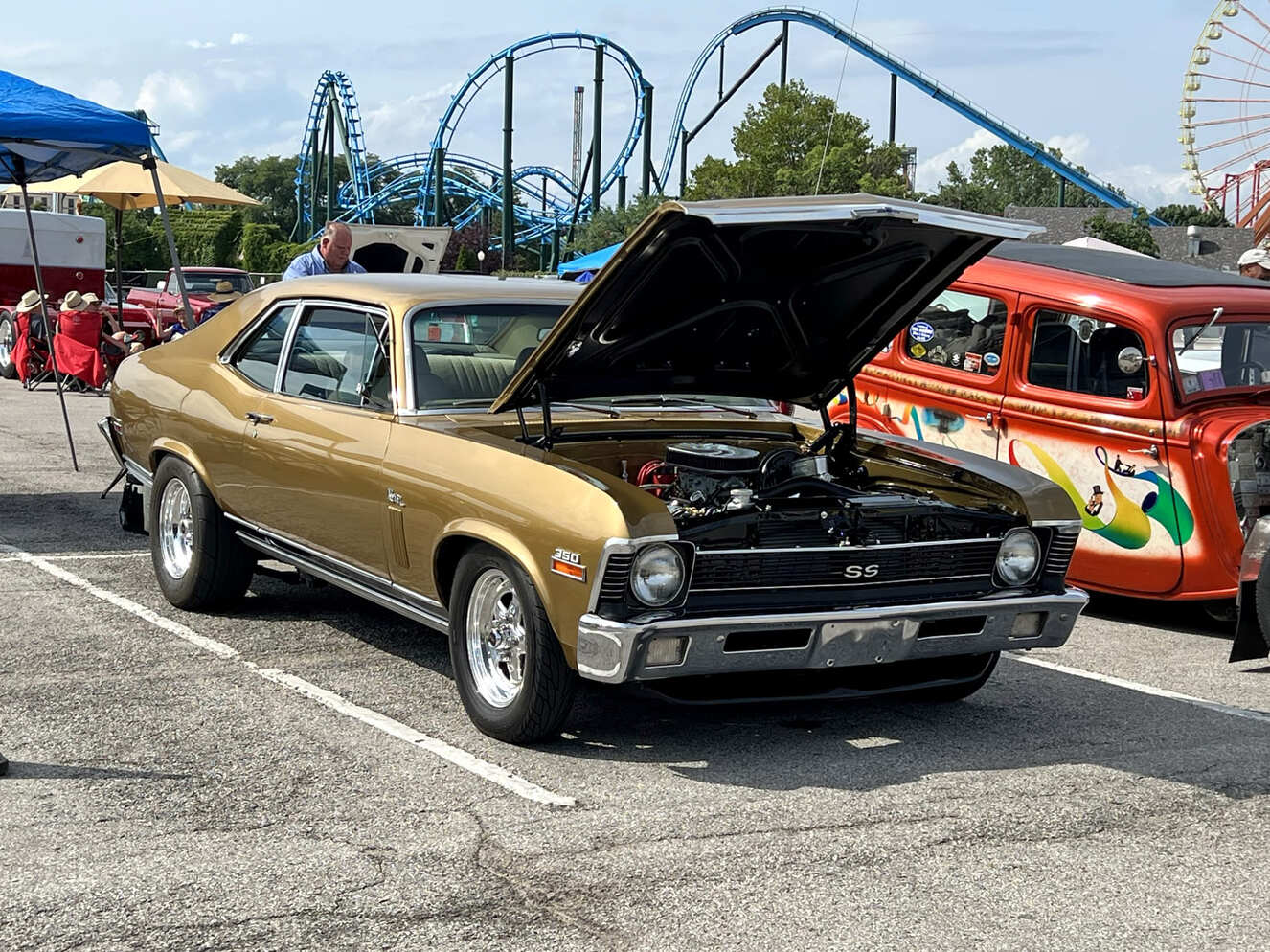 It’s the NSRA Street Rod Nationals—rich in hot rod and street rod history—the granddaddy of all car shows. A place where the most eclectic and diverse cars from all over the country can be found. A place where that rare piece of trim can be purchased at the huge swap meet area. A place where hundreds of vendors offer ideas and the parts to get your ride to the next level of performance and looks. An event where hot rodders from all over the country make their yearly trek to take part in the greatest four-day car show on earth.