“To piss off exotic car owners …” is, verbatim, how world-famous chef Michael White explained in one simple sentence why he specifically had his 1947 Chevy Truck built. And after meeting and talking with him at length at the 2020 Git Down, I would expect nothing less than that from “Chef Bianco,” as he’s known in the restaurateur world. 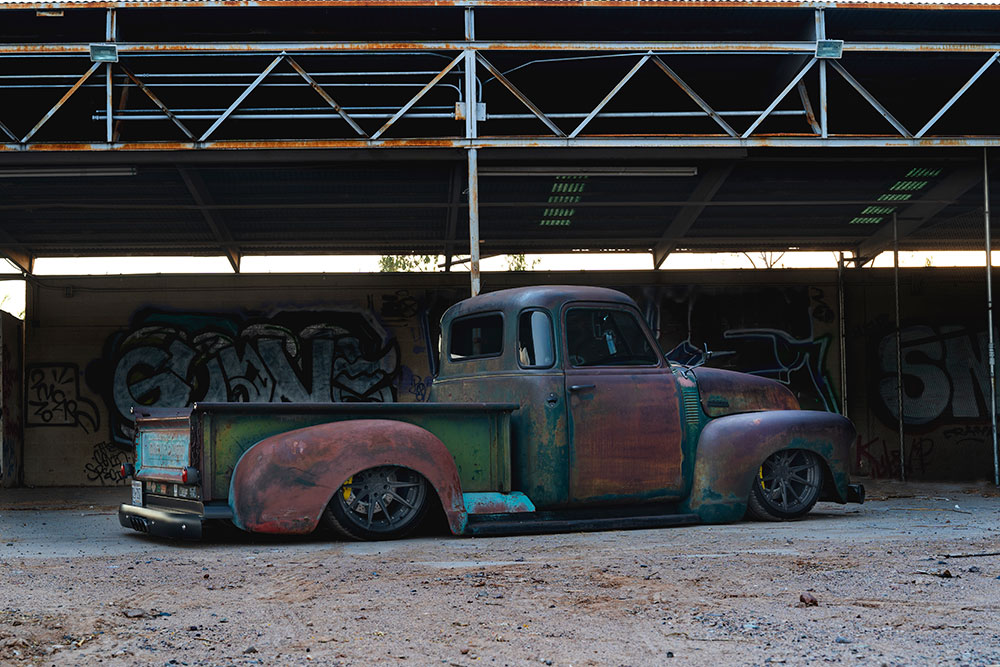 Now, because I have a fascination for food—especially the cooking process—as well as real/raw pickups that mean business, Chef and I hit it off immediately. So, I figured why not kick off this feature with a little background on the owner himself before getting into the meat and potatoes of the story … pun intended!

CTP: How’d you initially get into cooking?

Michael White: My family has always been passionate about food. Ever since I was young I have been immersed in a world where food bonded my family and friends together. Through Norwegian traditions and watching the food channel with my father, my career in food was inevitable.

CTP: How long have you been doing it at a professional level?

MW: I started cooking professionally in 1991, at Spiaggia in Chicago. 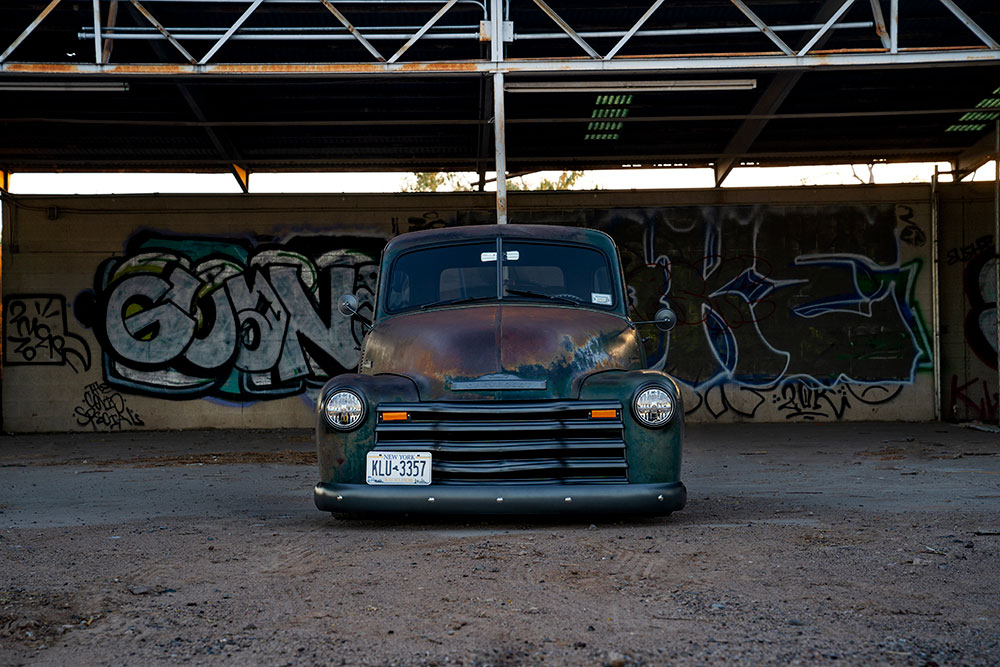 CTP: Gourmet cooking—well, cooking period—and classic trucks are worlds apart. What got you involved with old cars/trucks in the first place?

MW: My grandfather owned a Standard Oil Gas Station, my father was really into cars … It’s part of my DNA. My first car in high school was a 1966 Chevy Suburban. I primed, painted, and fixed up the car with my father. I even lowered the old truck by heating the springs with a torch!

CTP: Tell us about your relationship with Tre 5 Customs/Jeremy Rice … how did that all come about and what ultimately led to the creation of the “Bad Apple?”

MW: I met Jeremy/Tre 5 Customs like many of us do, on Instagram! I could see through their IG and YouTube page that they were the shop that I wanted to build my truck with. Their attention to detail and preserving a classic yet custom truck was important to me. I am fascinated by the way the Bad Apple juxtaposes modern interiors with the patina exterior. It’s the ultimate sleeper until you get next to it and hear the engine. I always loved the look and feel of the 3100. Through building the Bad Apple, I have grown a strong friendship with Tre 5 Customs. They are a part of my family. 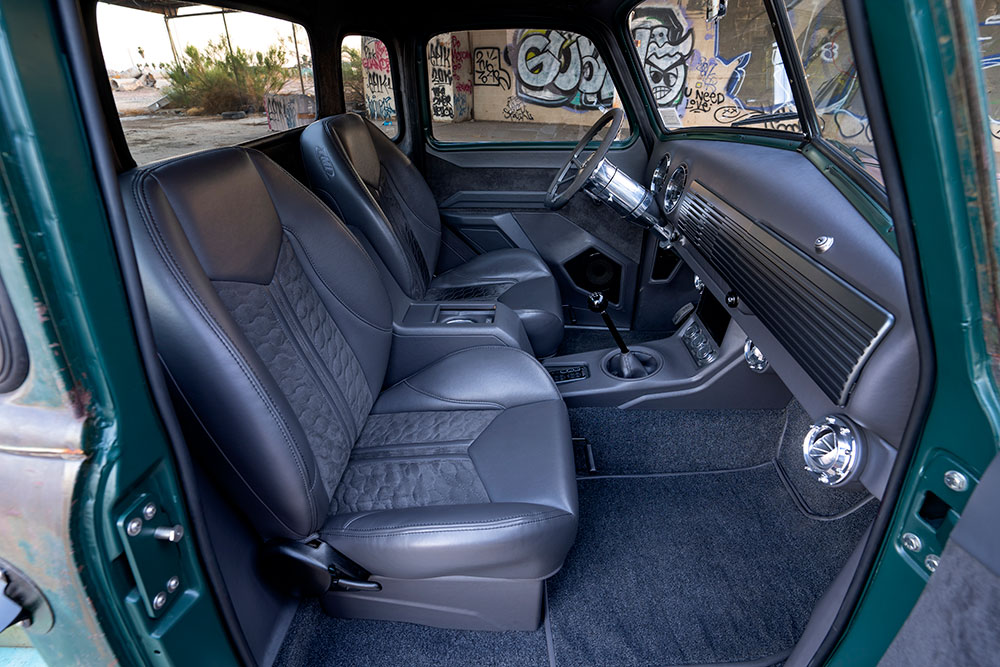 CTP: What’s been your most memorable experience to date with the truck? Have you even had much free time to get behind the wheel and enjoy it?

MW: My most memorable experience to date was being able to take my father for a ride in the Bad Apple. My father is extremely passionate about classic trucks, so being able to share something I am really proud of with him has been special.

MW: As far as trucks I have a 1971 C10 Custom, I also have to finish my 1956 Chevy 3100 Task Force, and I even have my dad’s 1986 GMC Squarebody. Cooking-wise, I just opened Lido Surf Club in Miami Beach [Florida], and in the fall of 2022 I will be opening an Italian restaurant at Atlantis in Nassau, amongst other projects coming up.

Thanks Chef! Now let’s get onto the dessert, as it were … the Bad Apple herself. And being on the interview roll that I was, I asked Tre 5’s Jeremy Rice to fill us in on the building particulars: “… It started off with a few Instagram messages between Michael and I about his 1955 Chevy truck, which somehow turned into a conversation about building a 1947-53 patina truck with big horsepower. Michael asked if I could find him a good truck to start the build with. Brian, my partner at Tre 5, just happened to own one, so a deal was struck and work on the new project began soon after. 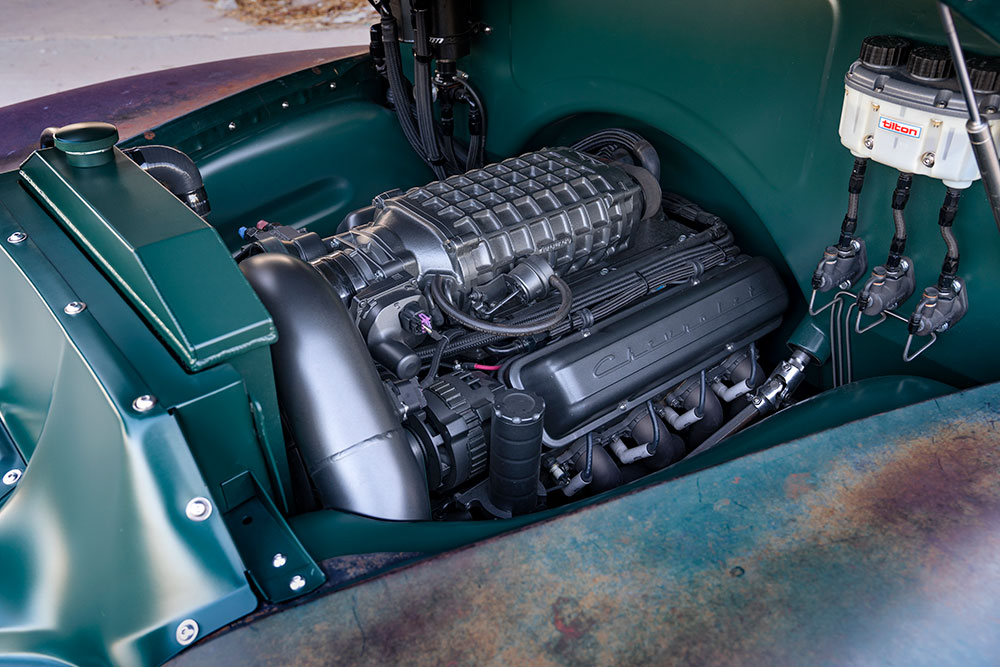 “J&R Performance happened to have a used 2010 Camaro drivetrain that needed a bit of work. We purchased the LS engine and 6-speed manual transmission and had them do some head work in preparation for a Magnuson supercharger. To get the truck on the ground we used Porterbuilt front and rear drop members with eLevel-controlled air suspension using ViAir 425C compressors and an EndoVT tank. Hidden behind 20-inch ADV.1 Advance Series M.V2 wheels, Baer Pro+ six-piston brakes (custom coated) now provide more than sufficient stopping power.

“In order to fit the engine and all its components under the hood, the location of the mounts was moved back 3 inches. That required building a brand-new firewall and transmission tunnel, both of which were smoothed out and painted by iKandy Paintworks, who also painted the front and rear bumpers, door handles, mirrors, grille, and a few other miscellaneous parts. The custom/satin dark gray color also found its way into the interior. 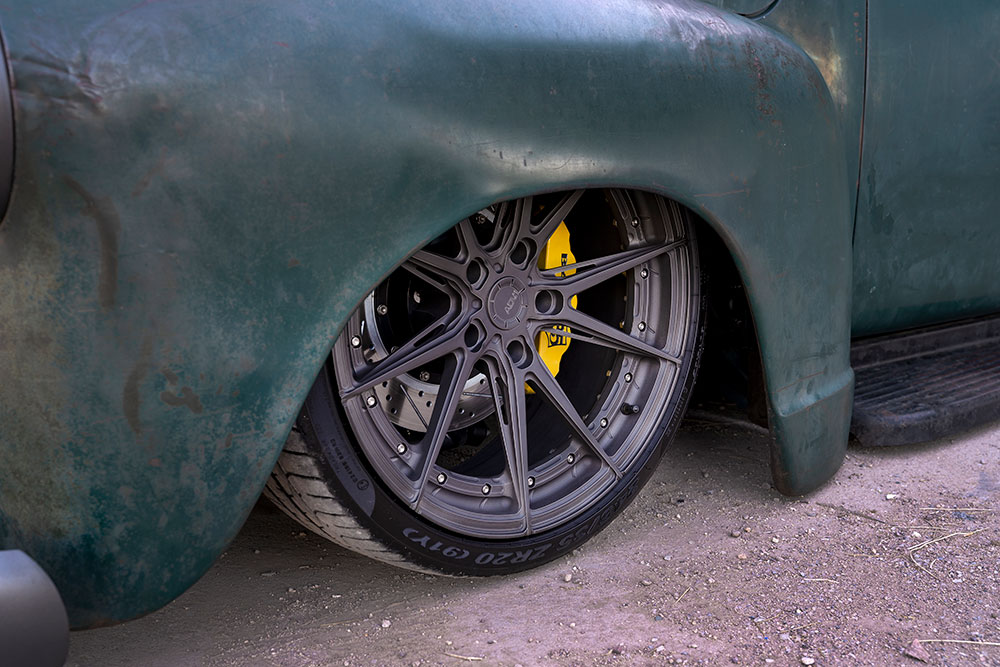 “Everything inside Chef’s truck is all brand new. There’s a set of Dakota Digital HDX gauges, Restomod air conditioning, double-DIN head unit and full stereo system from JL Audio, Billet Specialties steering wheel & ididit steering column, and so on. After Elevated Design created and installed a killer leather custom interior based around TMI Products seating, State 48 Glass Company sealed everything up with a full complement of Precision Replacement Products weather seals and glass.” 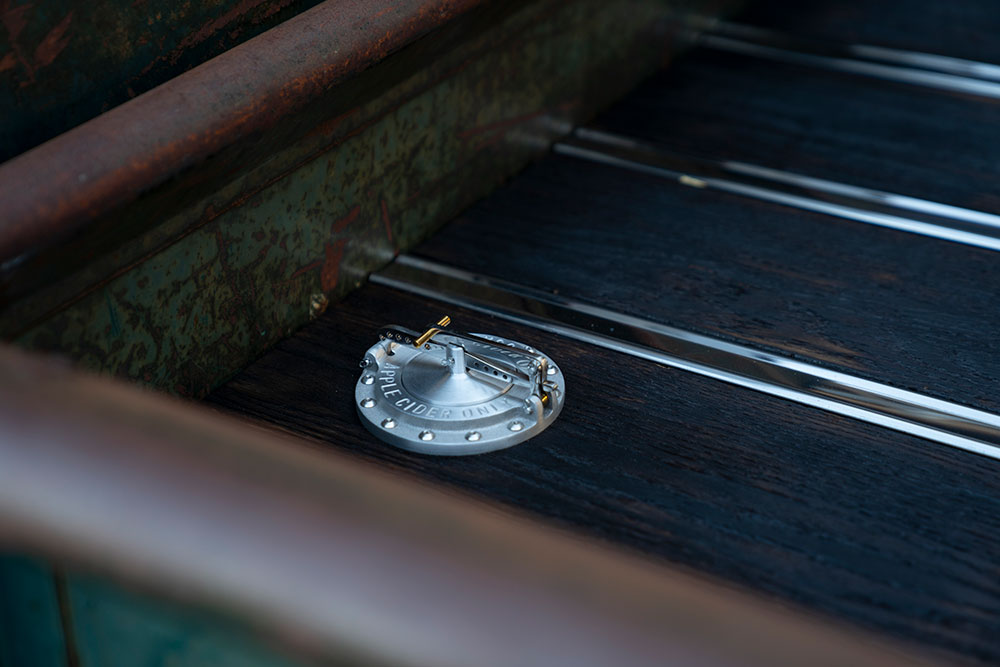 Along with what Jeremy mentioned, Tre 5 outfitted the 6.2L/376ci supercharged LS engine with an All American Billet serpentine and valve covers, fabbed up a custom exhaust (which uses Ultimate long-tube headers and Borla mufflers with NOWEEDS diverters), and backed it with a Tremec 6-speed TR6060 transmission and a Currie Fab9 housing with a limited-slip 3.70 rear end. Along with the aforementioned custom paintwork by iKandy, which also included various “fauxtina” spots over filled holes and minor rust repair, a proper bed floor from Mar-K was added after, as Jeremy put it, receiving the Shou-sugi-ban Yakisugi process of preserving and antiquing wood (a procedure using a torch and wire brush to age and patina wood). 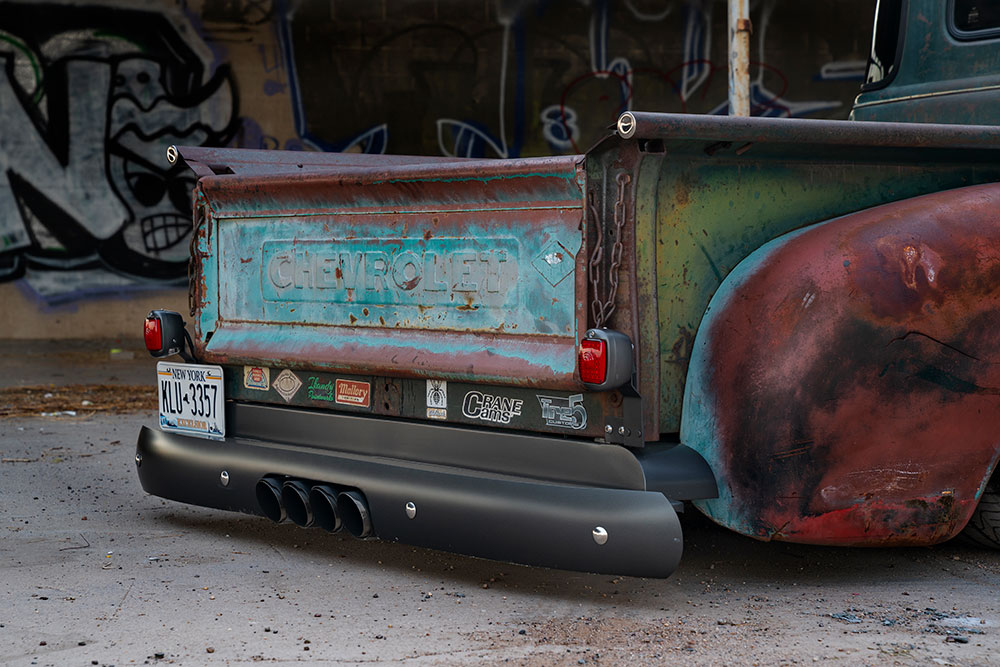 In between all of his numerous restaurant obligations and whatnot, we sure hope Chef Bianco is accomplishing what he initially set out to do with the Bad Apple in the Big Apple and beyond … pissing off as many exotic car owners as he possibly can!