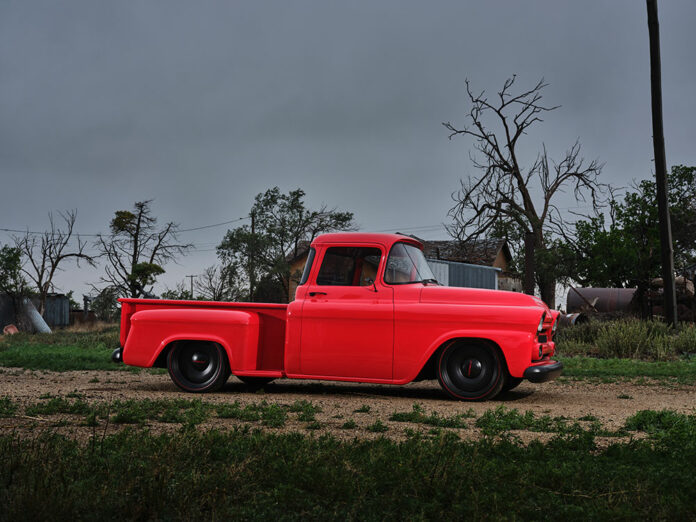 Back in 1962, Jared Pharr’s grandfather, Jackie Moore, purchased a then 4-year-old ’58 Chevy Stepside Truck. Moore daily drove the Apache truck for years before relegating it to farm truck duties until one faithful day when it quit running. From that day and for many, many more to follow, the ol’ farm truck sat beneath a tree on the family’s property. 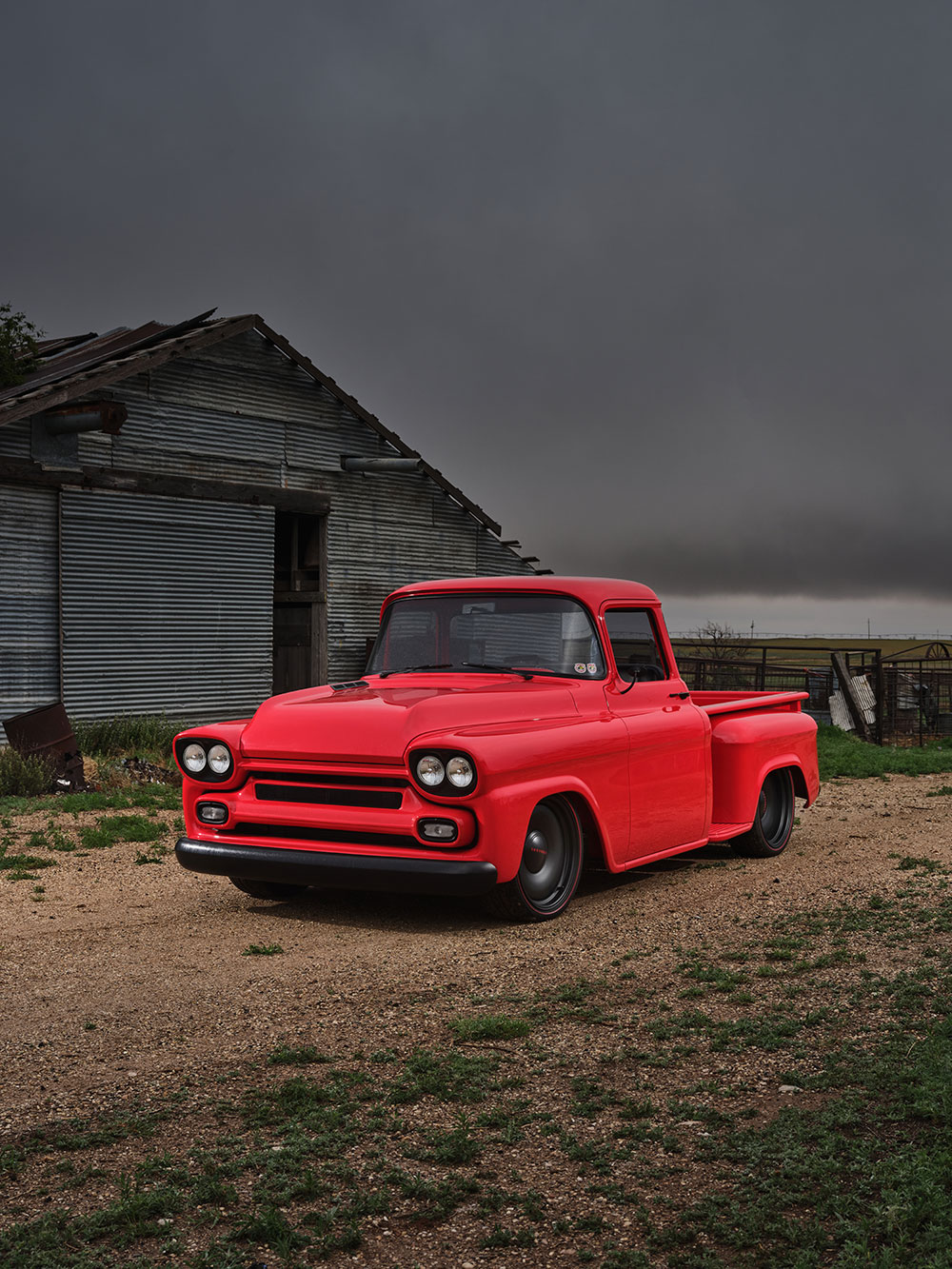 Even at an early age, young Jared dreamed of owning that truck, and had many conversations with his grandpa about bringing the Chevy truck back to life one day. Before his death in 2003, Jackie promised his grandson that he could do just that—bring the truck back to life—and with the blessing of his grandmother, Shirley, the ’58 Chevy pickup was brought out of its extended retirement and transported to Jared’s home. That transformation, however, would not begin for another 11 years. 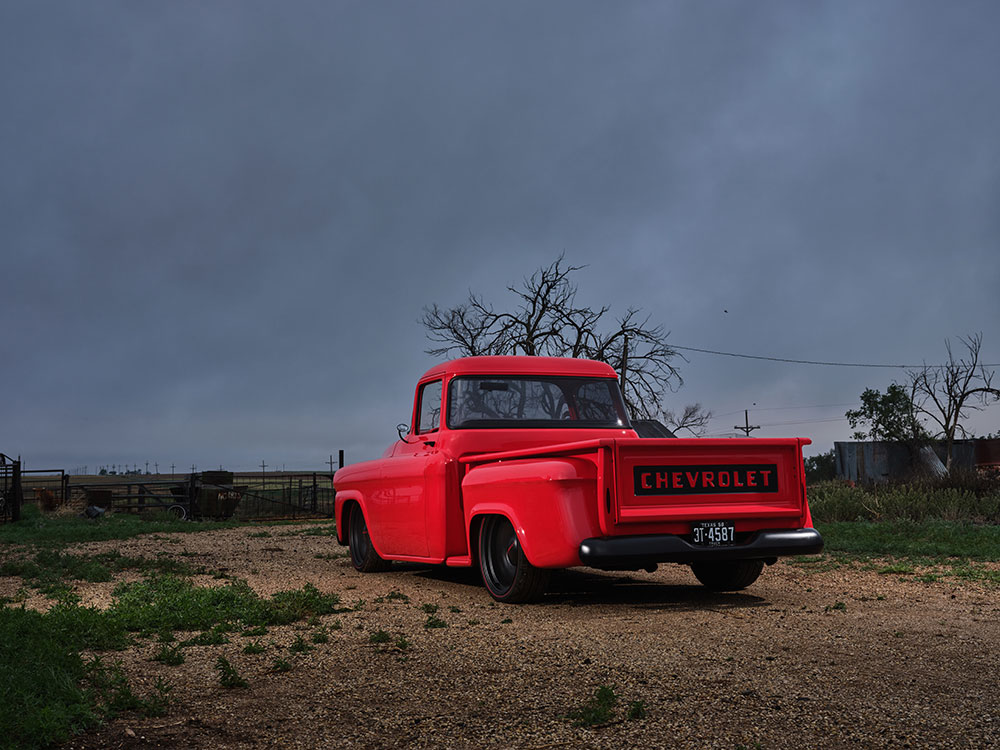 It wasn’t until 2015 that Jared’s brother-in-law, Alex Huggins, saw the ’58 Chevy as the perfect opportunity to branch out on his own and open his own restoration/hot rod shop, Hub City Fab, in Idalou, Texas, just northeast of Jared’s hometown of Lubbock. 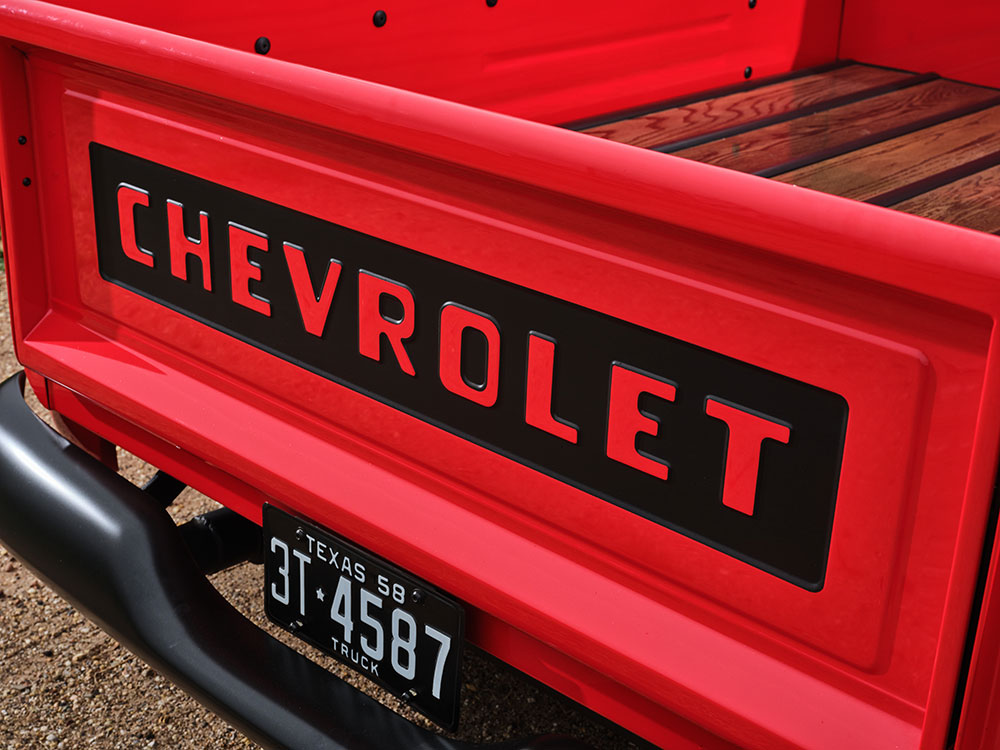 Huggins embarked upon “Build Number 1,” as he put it, by tearing the truck down to the bare frame, which he then updated with a Porterbuilt Independent Front Suspension and a Ridetech four-link (each equipped with Ridetech/Fox coilovers). Of course, the old drivetrain was set aside and in its place went a stout Don Hardy–built 6.2L LS engine with a 4L65E transmission behind it to feed its 550 hp to a Currie 9 inch rearend. 14- and 13-inch Wilwood brakes are concealed behind a quartet of 20-inch Detroit Steel Wheels solid steelies (wrapped in Diamond Back Classics redline radials). 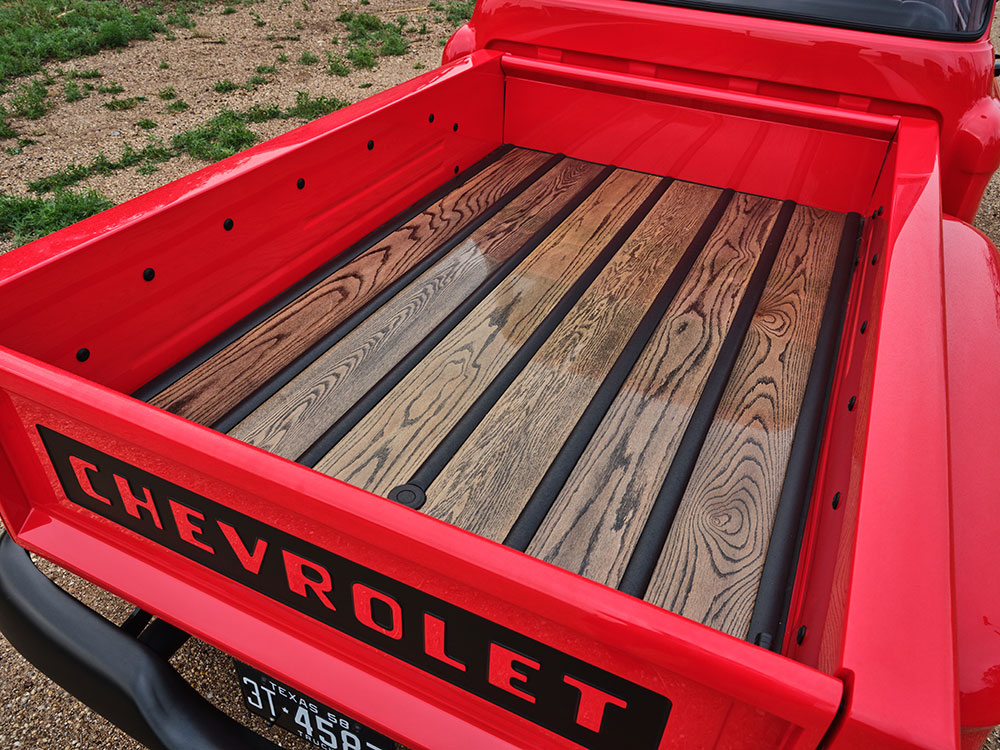 Huggins wasn’t done there, however. Rather than simply freshening up the Chevy Apache and reuniting it with the chassis, Huggins performed a multitude of modifications: including shaving and tucking the bumpers (the front is flipped as well) and shaving the drip rails. He also frenched in the grille, flush-mounted the taillights, reverse-mounted the hood and added handmade vents. Once that was all said and done, with the help of Kris and Ryan Aastrup, the exterior was massaged and coated (by Kris) with that eye-catching, satin-finished Sherwin-Williams Viper Red. 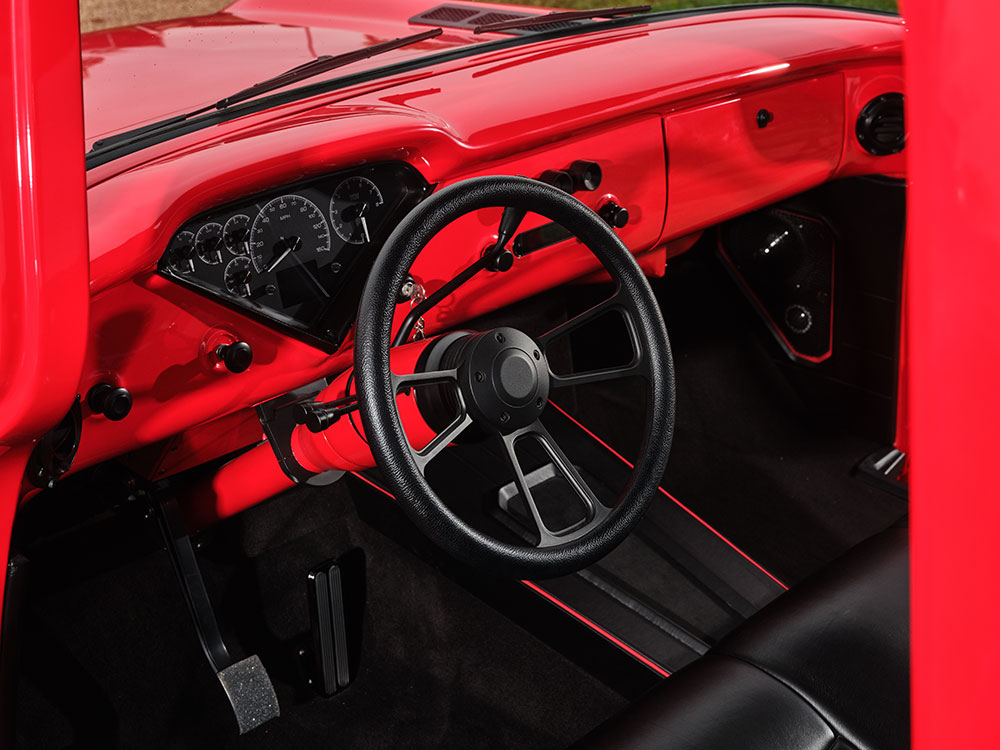 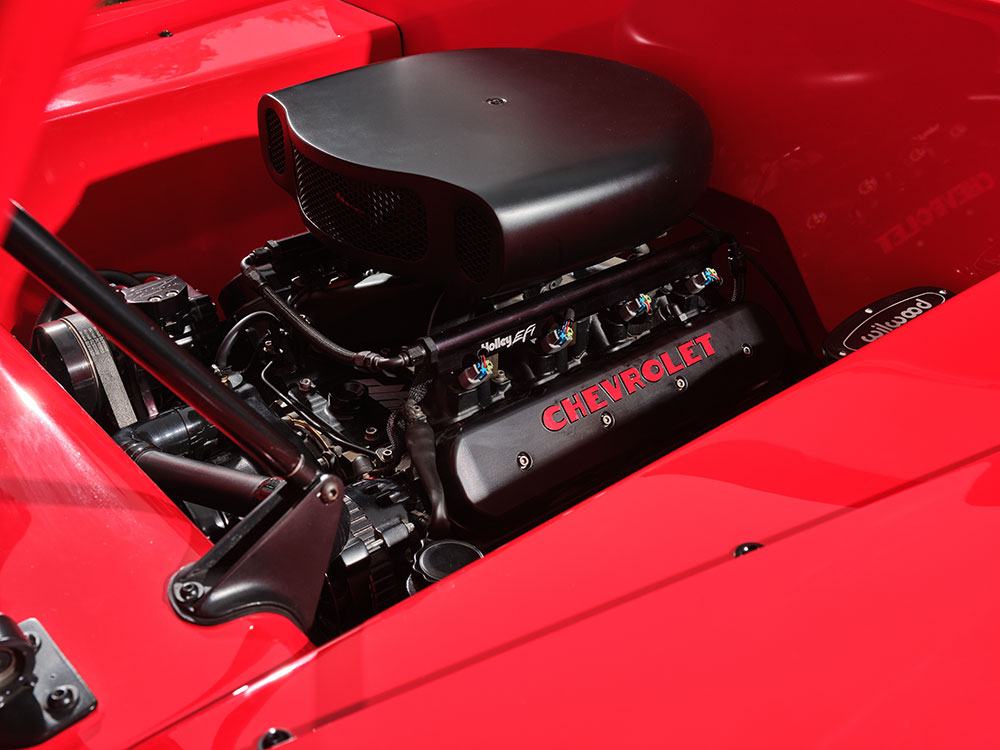 It’s probably a pretty safe bet to say this old Chevy Apache is here to stay in the Pharr family!